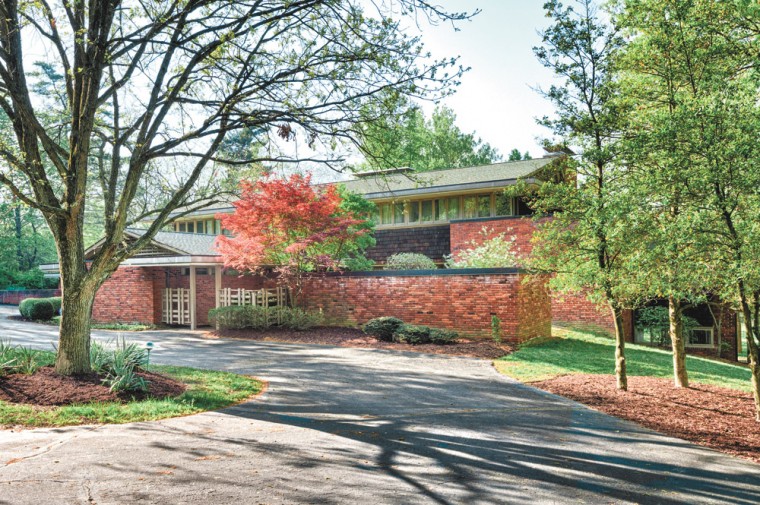 A glimpse of the 2012 Ladue News Show House, a 1961 William Bernoudy home in Town & Country 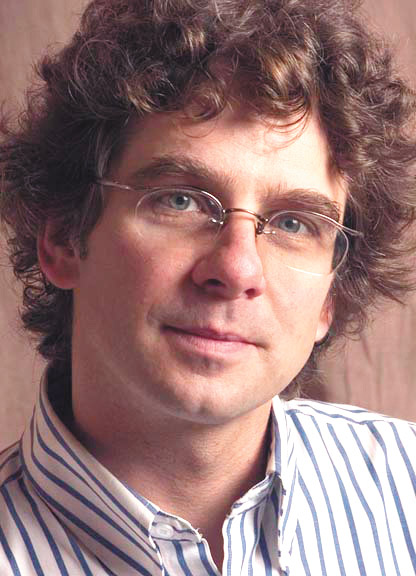 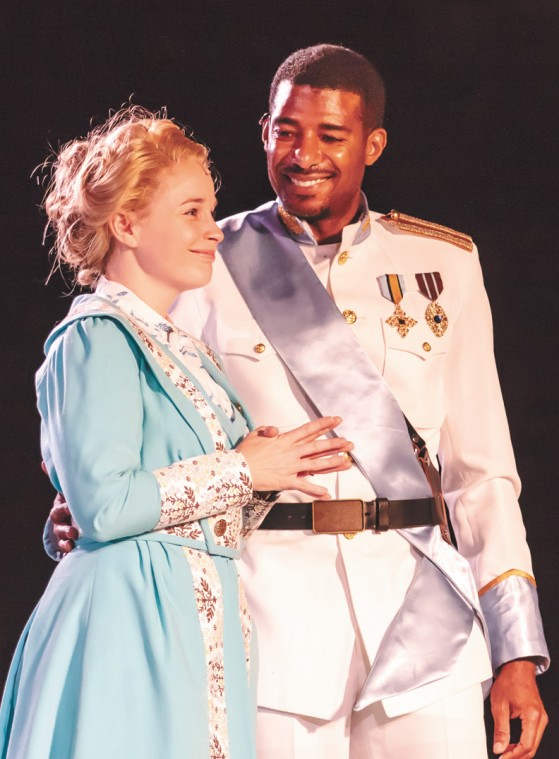 Heather Wood and Billy Eugene Jones in this season’s Othello, which exceeded attendance records for the third year in a row. 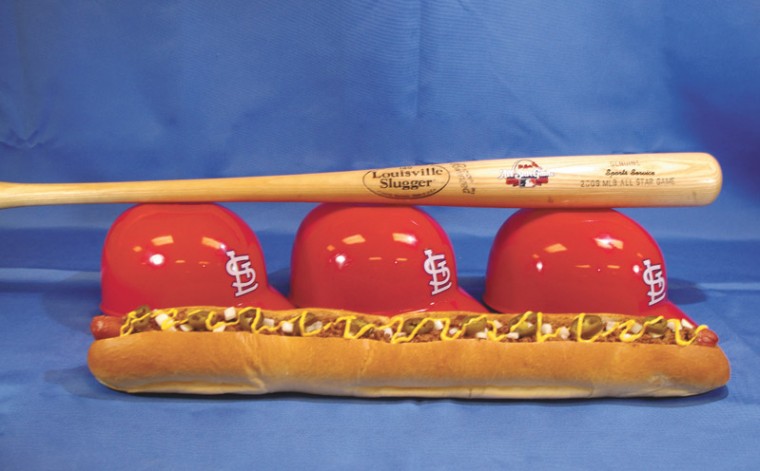 When fully loaded with chili, cheese, onion and jalapenos, the Giant Slugger weighs in at 2.75 pounds.

One of the premier events of the fall season makes its return in October: the second annual LADUE NEWS SHOW HOUSE. This year’s selection is a William Bernoudy-designed home in Town & Country. The Mid- Century Modern property, situated on 18 acres, was built in 1961 for the Horan family. The LN Show House opens Oct. 6 and will run through Oct. 21, and will feature the work of St. Louis’ most elite interior designers and decorators. Proceeds from the Show House benefit local charities. A list of participating designers, as well as ticket information, will be announced in the coming weeks.

Attention, honeymooners! Ladue News is putting together its annual HONEYMOON ALBUM and we’d love to feature you! If you are a newlywed, send us your favorite honeymoon photo, along with the name of the couple and wedding date. Also, tell us your honeymoon destination and what made it the perfect spot! Email submissions (at least 1 MB) to Elizabeth Schmitt at eschmitt@laduenews.com.

Composer and St. Louis native PATRICK DAVID CLARK is in Iraq, on a mission to teach music composition and music theory to students there. Clark, a Clayton H.S. alum, recently completed a master’s degree in orchestral conducting at University of Missouri. He is stationed in the northern Iraqi town of Erbil, where he’s working with high school students at American Voices’ YES Academy. American Voices is an organization that provides quality American cultural programming for youth around the world.

Lucky number…SHAKESPEARE FESTIVAL ST. LOUIS has announced its 13th season production: Twelfth Night. The play, believed to have been written in 1601, is based on mistaken identity and considered to be one of the Bard’s greatest comedies. Shakespeare Festival’s RICK DILDINE is teasing fans with a ‘Friday the 13th’ countdown to announce its 13th season selection. (Tell him you read it here first!)

Summoning all middle-school boys! The GUYS READ BOOK CLUB, sponsored by St. Louis County Library, is making its debut this month. The new club, which will meet the third Thursday of every month, will feature books that have been recommended for young men (ages 11 to 14). The first book on the list is Chasing Lincoln’s Killer by James L. Swanson. This month’s meeting takes place July 19 at 6:30 p.m. at Library headquarters.

In case you missed it, the ‘GIANT SLUGGER,’ a 2-foot long, 1-pound hot dog, made its debut this month at Busch Stadium. The unveiling, made to coincide with ‘National Hot Dog Month’ in July, also celebrates the origins of the hot dog. Legend has it that the first hot dog made its appearance in St. Louis in 1880 with the invention of the bun by a local baker, and the name ‘hot dog’ was created during the 1904 World’s Fair. Priced at $26, it can feed a family of four and will be available throughout July in Ford Plaza.

A glimpse of the 2012 Ladue News Show House, a 1961 William Bernoudy home in Town & Country

Heather Wood and Billy Eugene Jones in this season’s Othello, which exceeded attendance records for the third year in a row.

When fully loaded with chili, cheese, onion and jalapenos, the Giant Slugger weighs in at 2.75 pounds.