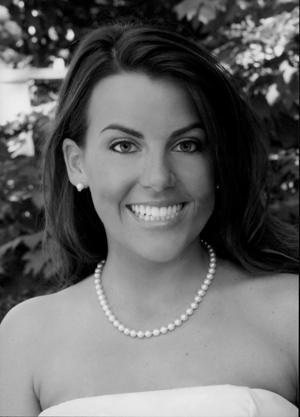 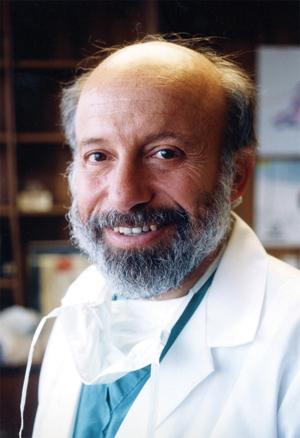 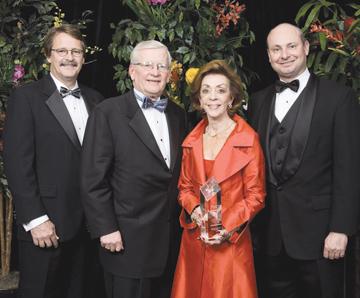 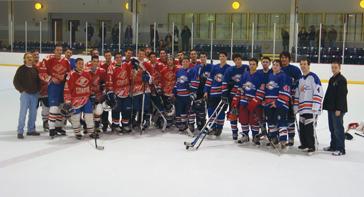 He shoots, he scores! The first ever Clayton Greyhounds vs. Old Hounds Alumni Hockey Game was a big success. The game pitted members of the school’s current club hockey team against former team members and other Clayton High School alumni. Proceeds benefitted the current team, which is not supported by the school’s athletic budget.

In times of need…When she’s not selling homes, LAURA MCCARTHY real estate agent JOAN SCHNOEBELEN is busy with another venture. After a friend was admitted to the hospital for surgery, Schnoebelen got creative and hand-painted a small pillow to deliver comfort and support during her friend’s recovery. The pillow was such a hit, she began making more, and a business was born. Schnoebelen’s CURE ANGEL PILLOWS are available at cureangel.org, and a portion of the profits are donated to the Juvenile Diabetes Research Foundation.

Congratulations to CORNELIA DOOLEY FRANK, daughter of Terrence Dooley Frank and Mary O’Brien Frank, who was recently presented at the 54th International Debutante Ball at the Waldorf Astoria in New York City. She is a graduate of Villa Duchesne and a student at Texas Christian University. The Ball is considered one of the most prestigious debutante presentations, with young women from all over the world participating.

Surprise your sweetheart…The TOUHILL PERFORMING ARTS CENTER has recently announced that jazz legend AL JARREAU will appear in a special concert on Feb. 13. Just in time for Valentine’s Day, he will perform tunes from the 2008 release ‘Love Songs,’ a compilation of his most romantic tunes and covers over the years.

THE ST. ANDREW’S RESOURCES FOR SENIORS SYSTEM has completed construction of a $23 million expansion of THE WILLOWS AT BROOKING PARK, the Chesterfield-based independent retirement community. The expansion includes an 8,483 square foot cultural, recreational and educational center, as well as 44 new apartment homes.

Good news from THE CENTER OF CREATIVE ARTS (COCA). The organization received a $25,000 grant from the MONSANTO FUND to support its Urban Arts and Technology Program, which provides computer-based arts instruction to foster literacy, creativity and technological skills.

An artistic touch…visitors to URBAN EATS CAFE in South City may notice something new. The restaurant has launched the URBAN ARTS COLLECTIVE PROJECT to raise the profile of local artists and the Dutchtown South business district. Artists‘ work will rotate through the space on a 90 day basis, with the first rotation starting this month.

A medical breakthrough…In January 2007, DR. SHERMAN SILBER, director of the Infertility Center of St. Louis at ST. LUKE’S HOSPITAL, completed the first ovarian transplant for a patient who had suffered premature ovarian failure at the age of 15. This November, just under two years later, the patient gave birth to a healthy baby girl. An article about Silber, the transplant and the resulting birth was published in last month’s New England Journal of Medicine.

Congrats to local philanthropist PEGGY RITTER, who received the SAINT LOUIS ZOO AWARD for her many leadership roles at the Zoo. Ritter has served on the Zoo’s Board of Trustees since 1998 and is past president of the Zoo Friends Association Board of Directors. She has also chaired the Zoofari gala and the Marlin Perkins Society Committee.

He shoots, he scores! The first ever Clayton Greyhounds vs. Old Hounds Alumni Hockey Game was a big success. The game pitted members of the school’s current club hockey team against former team members and other Clayton High School alumni. Proceeds benefitted the current team, which is not supported by the school’s athletic budget.