Once upon a time, Donna and Mike Howarth had an English bulldog named Rosie. When she passed away after 14 years, the Howarths donated all of her dog supplies to St. Louis English Bulldog Rescue, including several beds. Donna had been following the rescue’s Facebook page, browsing the dogs as they came in and were being adopted. In April of last year, she saw the rescue had taken in two dogs that were sick.

“I saw a photo and thought, ‘Hey, that looks like Rosie’s old bed!’” Donna says.

St. Louis English Bulldog Rescue’s president, Diana Engeszer, commented on a Facebook note to that effect, saying that indeed it was. The dog in the bed was Baby Bear, a pup that was dumped in Crestwood at the abandoned mall. Animal control was going to euthanize him, and he had pneumonia and skin issues.

“But that bed was an instant connection,” Donna recalls. “[Engeszer] said he was ready for adoption, and I said I’d like to be his mom.”

Mike had been wanting another bulldog, so the couple filled out an application, and Engeszer brought Baby Bear out to see them that same weekend. Mike and Donna had gone out and bought the supplies they’d need to have a dog in the house again, including a bed. They were ready when Engeszer pulled up with Baby Bear.

“He got out of the car and headed right into the house like he owned the place,” Mike says with a laugh. “He went straight to his new bed and made himself at home immediately.”

In the year the Howarths have had Baby Bear, the 5-year-old pup has continued to fit right into their lives. His health issues and allergies limit his outdoor activities, but he’s content to curl up with his people and snooze. Donna’s mother was diagnosed with ovarian cancer and passed away in September, and she lost her father in April of this year. Donna and Mike spent a lot of time in the hospital and nursing home during these times, and Baby Bear got sad on those occasions when they weren’t around.

“Both my parents really loved him, and we would take him to the nursing home to visit,” Donna says. “He just comes up to anyone and lays his head on their lap and wants to be petted.”

Despite his laid-back nature, Baby Bear is a total attention hog and only wants to be petted or scratched.

“He’s happiest when we’re both there, and he’s sitting between us,” Donna says.

Mike echoes these sentiments, noting that it goes both ways.

“If you’re having a bad day or are stressed out, he’s a great comfort,” he says. “Having him around is therapeutic.”

In giving back to the rescue organization that saved him, Donna and Mike take Baby Bear to meet-and-greet events at Treats Unleashed. He’ll let anyone pet him and doesn’t take much interest in other dogs, making him the perfect greeter.

“It’s just such a blessing to have him,” Donna says. “We can’t thank [Engeszer] enough for saving his life.”

FOR YOUR OWN FAIRY-TAIL ENDING … 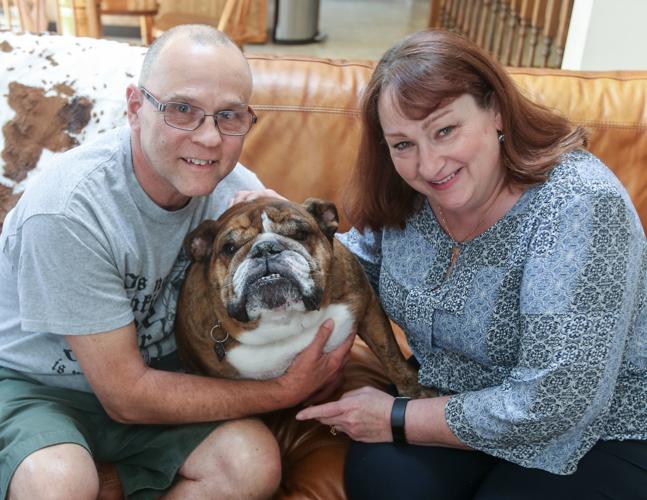 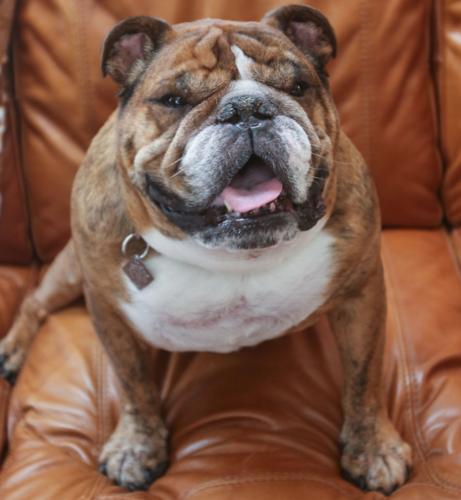