Once upon a time, Sally Martin was interested in adopting two young cats. She’d had cats her whole life, but she’d never actually chosen them. Most of the time, they’d just wandered into her yard and stuck around until she took them in. The last set of cats she’d had were sisters, so she knew she wanted to get a pair of youngsters that were already at least friends. Upon doing a brief Google search in March of this year, Martin found Animal House Cat Rescue and Adoption Center. She was attracted to the fact that Animal House was a no-kill shelter, and she saw they had a number of young kittens.

She made a few visits to the St. Louis shelter, getting a feel for the way the rescue organization operated. After Martin explained that she was looking for two young cats, a staff member’s “eyes lit up.” The staffer told Martin that two, then named Felix and Rachel, had just come back from being fixed. The black one – Felix – jumped down from his cat tree and right into Martin’s lap. Rachel, a tabby, was sleeping, but woke up to greet Martin, too.

“I stayed with them for an hour,” Martin recalls fondly. “I said, ‘This is it.’”

She didn’t take them that day, since the cats still needed another standard veterinary visit before they could go to their forever homes. But later that March, the Animal House staff brought the two youngsters out to Martin’s home in Webster Groves.

Martin renamed the duo Ira and Winnie. Ira is around 14 months old, and Winnie is about a year, so they’re “still full of mischief.” She has a bird feeder right outside the dining room window, which is “like TV for them,” Martin says. “Ira particularly loves that.”

Winnie likes nontraditional toys and is content to play with things like twist ties, and her brother enjoys rubber bands and shoes. He also enjoys messing up the second hand of a clock Martin has.

“It’s kind of like having toddlers,” Martin muses. “You can get toddlers cool-kid toys, or you can give them a set of wooden spoons, and they’ll just go to town.”

Since adopting the cats in March, the trio has settled into a routine. Martin knows that around midmorning, Ira and Winnie will go into “crazy chase-each-other mode,” but she enjoys their lively company.

FOR YOUR OWN FAIRY-TAIL ENDING … 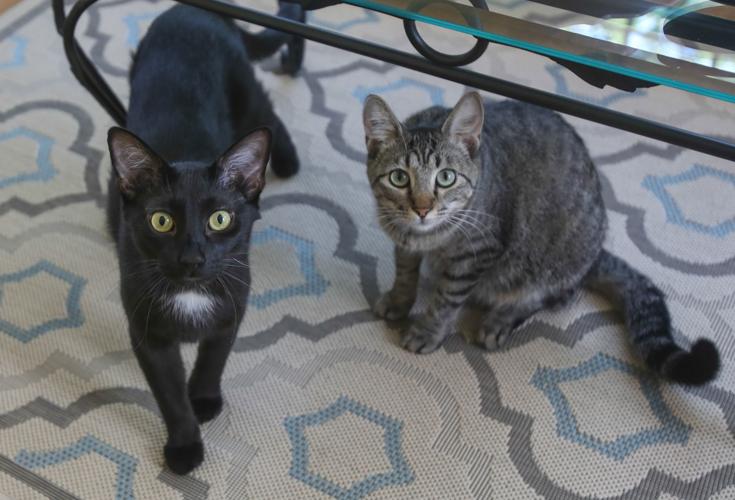 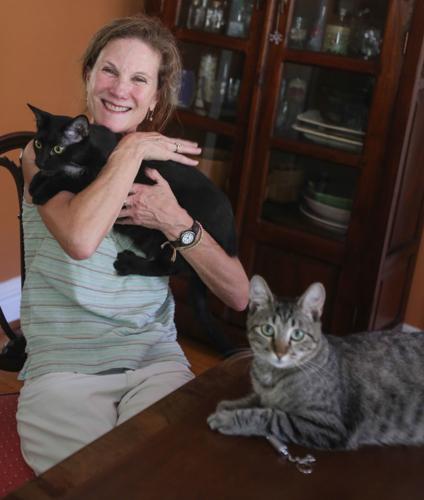