Once upon a time, a kitten lived in a barn at Netherfield Natural Farm bed-and-breakfast in Fontana, Kansas. The youngster spent his days in the barn with his brothers and sisters, mixing and mingling with the other farm animals and greeting guests who stayed at the B&B. One day in July 2017, Nadine Wenig of St. Louis’ Duo (formerly Support Dogs) stayed at the farmhouse while working with new handlers in the area. After going to the original barn to hear some music one night, she was greeted by the kitten and his siblings – most of whom scattered when she opened the door. All of them, that is, except the black-and-white one.

“He came up to me and was meowing at me,” Wenig remembers. “I picked him up, and he just snuggled right up to me. I came back later in the day, and the same thing happened. All of the kittens scattered except for him.”

Wenig and the Duo team, which has trained assistance dogs for individuals with mobility and hearing challenges since 1981, had previously discussed getting a cat to help with distraction training for the organization’s dogs. The service and hearing dogs go through two years of training to make sure they’re proficient in more than 50 skills, like opening and closing doors and picking up dropped items. Clients are often curious if Duo pups are good with cats, and Wenig thought she might’ve found the perfect candidate.

“I asked [one of the owners] that night if I could have one of the kittens out of the barn to take back to Duo,” Wenig says. “He agreed, and we started our four-hour trip back the next morning.”

During the trip home, the kitten didn’t complain at all. He was content to purr and sleep the entire ride back to St. Louis, where he hit the ground running almost immediately. Wenig took him to the vet to make sure he was up-to-date on his vaccinations, and he started his job at Duo right away. By then, Wenig had named him D-O-G, pronounced “dee-OH-gee.”

“From the minute he walked in the door, he thought he was a dog,” Wenig says. “He eats out of the dogs’ bowls and has never met a stranger when it comes to a dog. It’s made him such a useful tool around here.”

Now 1 year old, the cat spends his days lovingly tormenting the organization’s dogs in training, playfully swatting their noses and lounging on top of their crates. When the dogs are in the training rooms, D-O-G comes with. While six or seven dogs practice their “down,” the cat will meander around them and play with toys in front of them.

“He’s very much a typical cat,” Wenig says. “He wants to be held when he wants to, but he’s never scratched or bit anyone since we brought him here. He does so many silly things with the dogs. He’s a great part of our team.”

His work hasn’t gone unnoticed. On Thursday, Nov. 15, Wenig, D-O-G and other Duo representatives traveled to New York City to receive the ASPCA Cat of the Year award.

According to Duo’s website, such awards “honor animal heroes who vitally help humans or other animals in extraordinary ways, as well as people who demonstrate great commitment to assisting at-risk animals.” Following a nationwide call for nominations, D-O-G was selected for the Cat of the Year category – an honor Wenig says he absolutely deserves.

“You can’t be around him without laughing,” she says. “He’s a part of our organization, even though he’s a cat. He helps us in so many ways.” 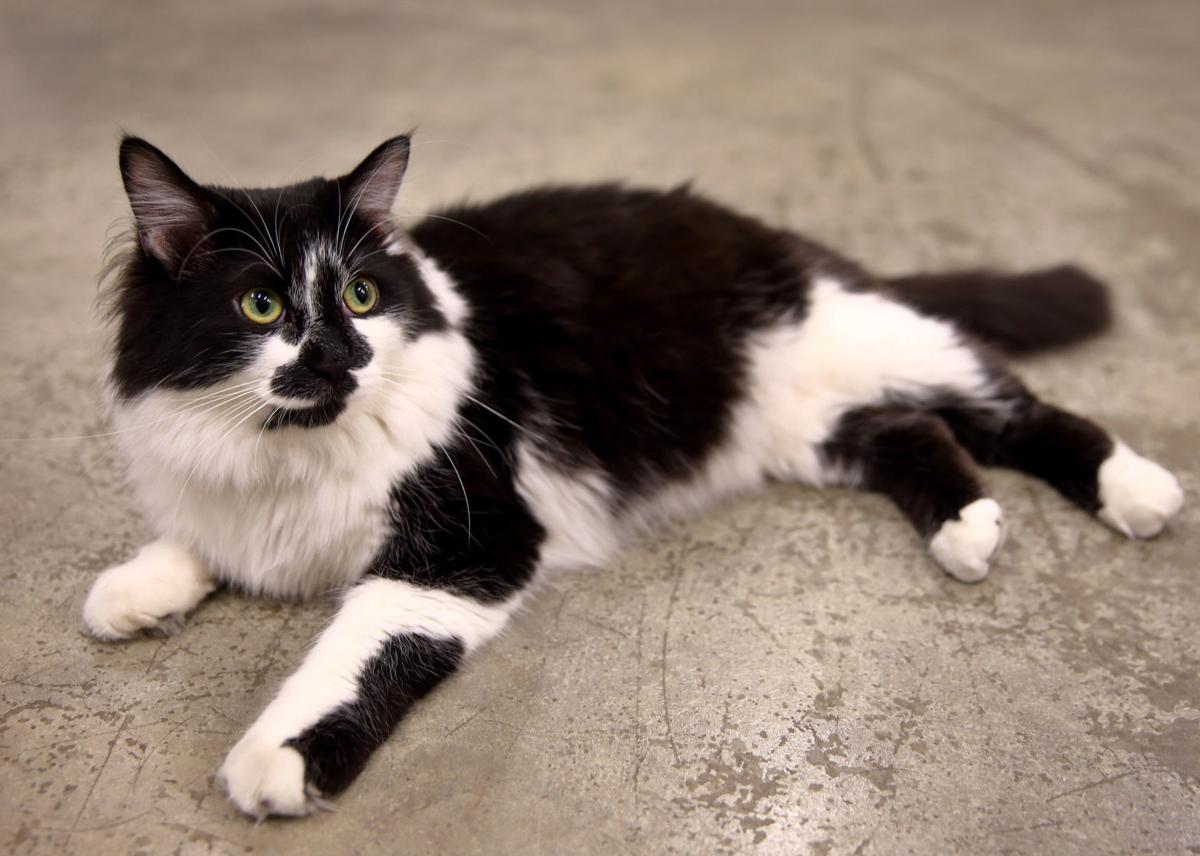 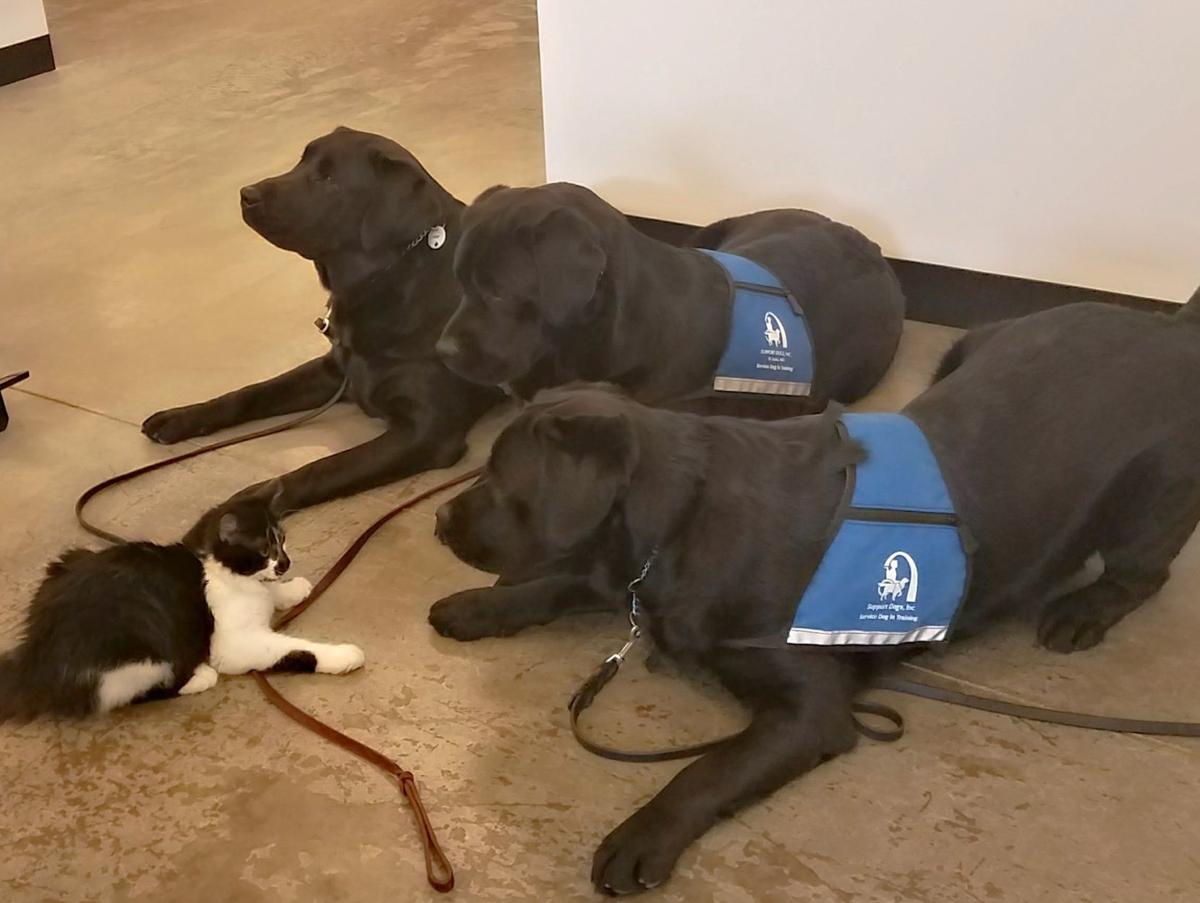