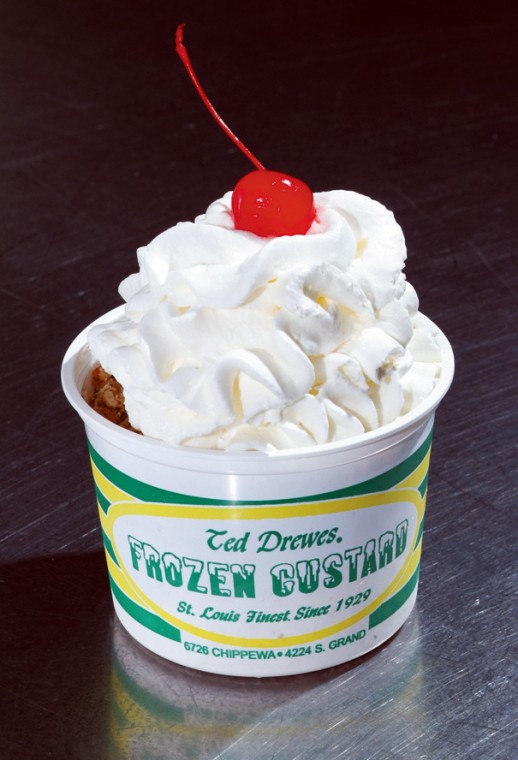 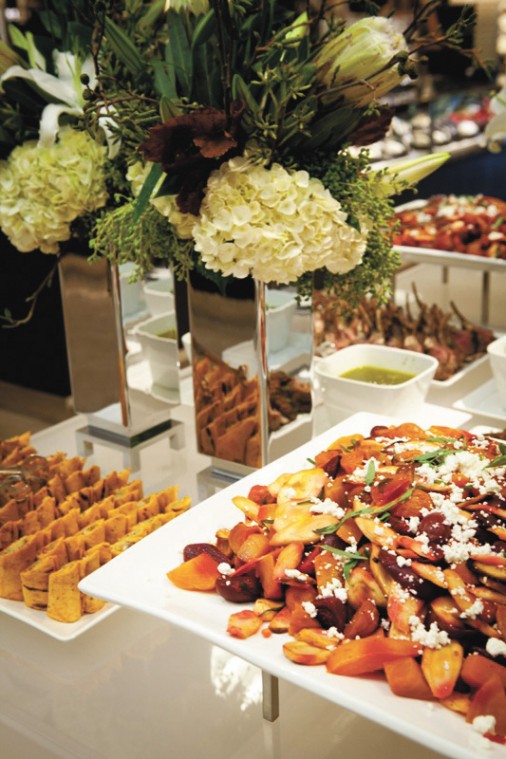 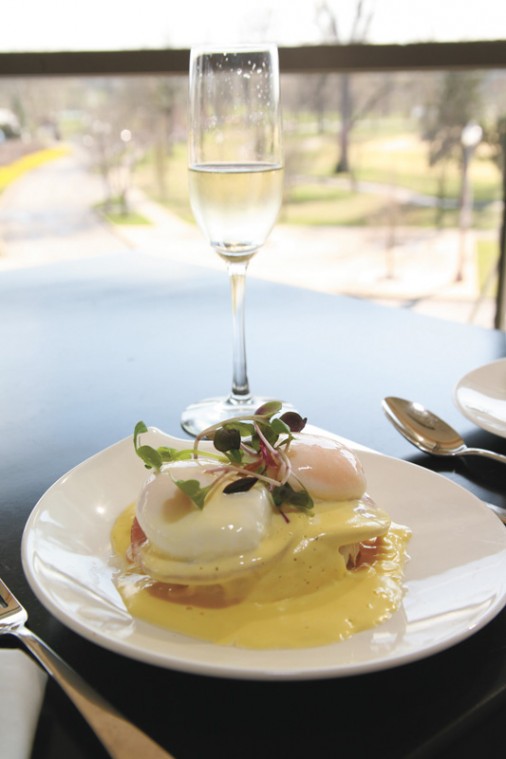 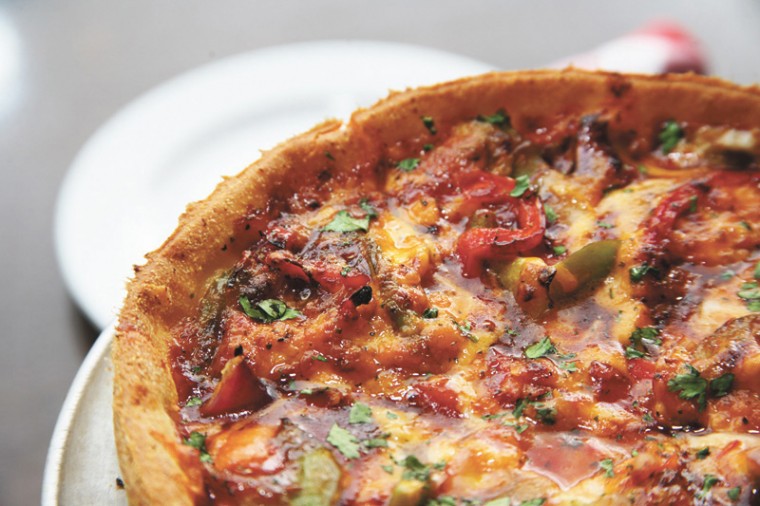 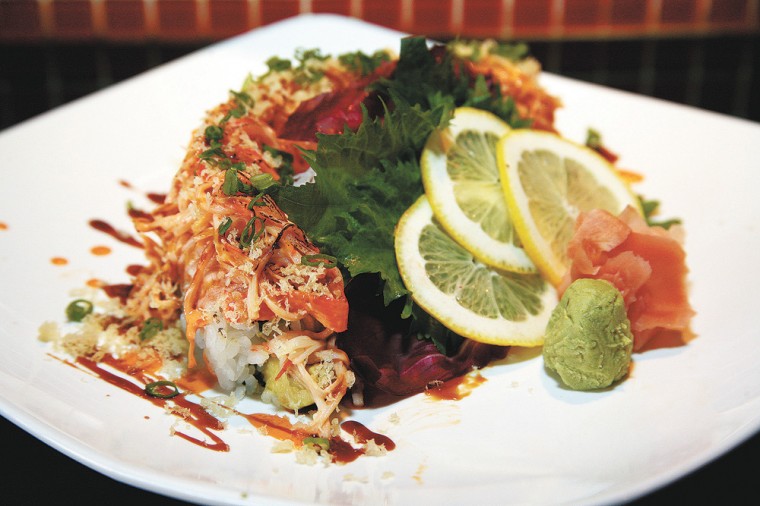 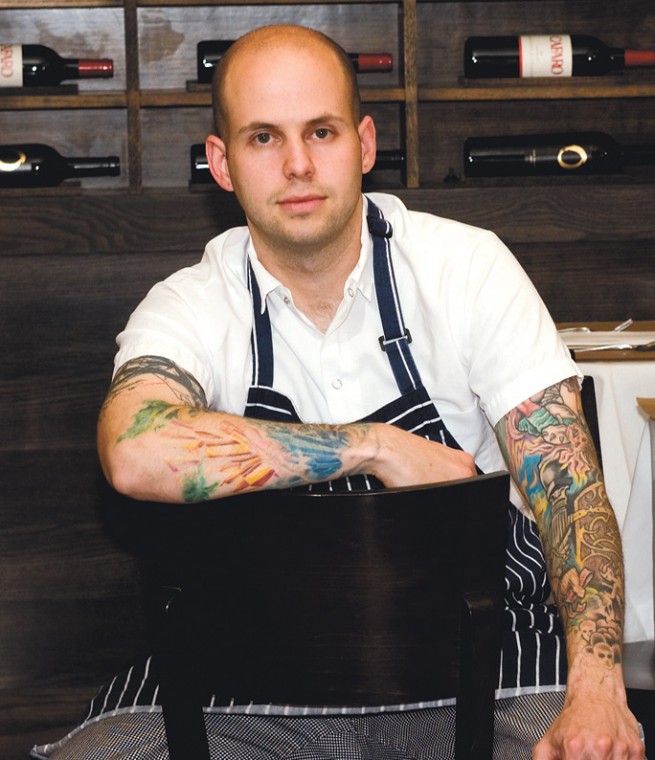 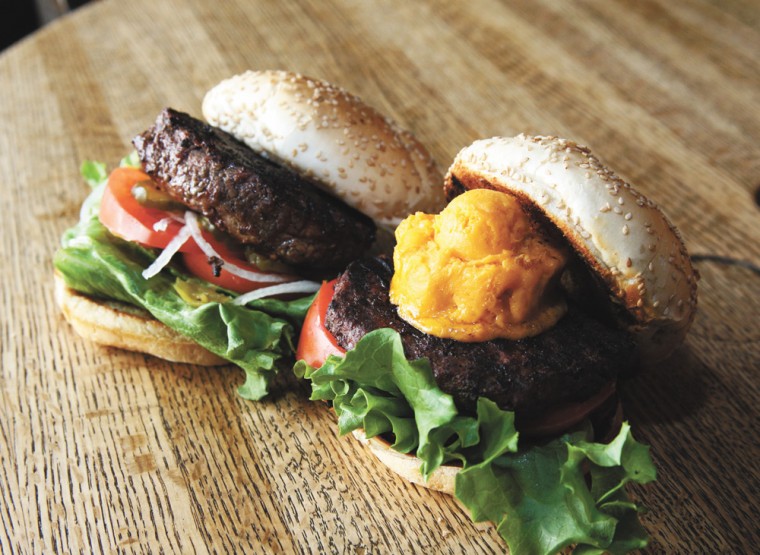 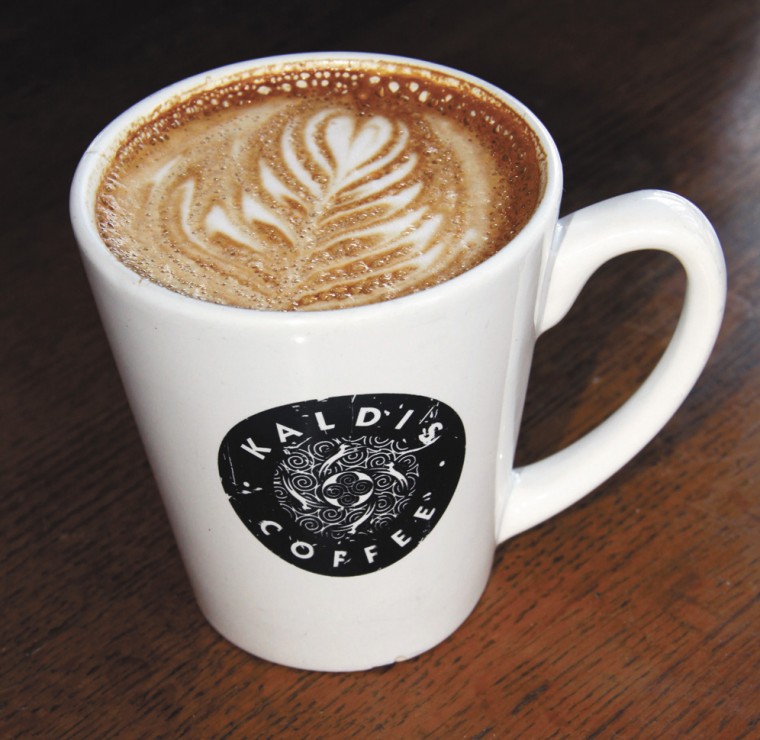 Much of what makes Kaldi’s the cream of the crop when it comes to coffee shops is what happens behind the scenes—and around the world. By purchasing the world’s best coffee beans grown sustainably and acquired fairly, Kaldi’s roasts premium blends that we can enjoy on a moment’s notice. Throw in their expert baristas, good food and inviting atmosphere, and you can see why they were voted No. 1.

At first glance, the wall-to-wall TVs and extensive beer list may speak to sports fans, but at Lester’s, there is something for the whole family. Three convenient locations—Ladue, Chesterfi eld and the CWE—combined with a menu of comfort food staples, mean everyone in your clan will fi nd something to like about Lester’s.

Since it opened a few years ago, Pi has become one of St. Louis’ fastest-growing and most beloved pizza spots. It now has a pizza truck and five locations, including one in Washington, D.C., within easy reach of one of its ‘First’ fans. Its from-scratch pies (both deep dish and thin crust) and commitment to sustainability make it an easy choice when the craving strikes.

No matter the occasion, the one thing that will get people raving about a party is the food. And when you put your event in the hands of Butler’s Pantry, you’ll understand why. From weddings, to private parties, corporate bashes and community events— for small groups or huge crowds—nothing is impossible for the experienced caterers at Butler’s Pantry. Art of Entertaining Catering St. Louis Steven Becker Fine Dining LaCHEF and Company

Let’s face it—the burger has gone through a lot of incarnations lately. Versions with Kobe beef, truffl es, lobster and other ingredients have found themselves on the hippest of hip menus. But have a burger at the Fatted Calf, a traditional, 1/3-pound Certifi ed Angus Beef charbroiled burger, and you’ll be reminded that to be spectacular, a burger need not have bells and whistles. This restaurant has been serving up the most American of food obsessions since 1966.

Tony’s menu is known the world over (really, that’s not an exaggeration) for its delicious attention to detail and its take-your-breath-away luxury ingredients that put the fine in fi ne dining. Our readers agree, voting it the top Italian spot in a city full of worthy contenders.

Perched 400 feet above St. Louis on the rooftop of Hilton St. Louis at the Ballpark, the view at 360 is breathtaking in all directions. The hot spot could rest on those laurels, but instead ups the ante with carefully crafted cocktails and a delicious globally inspired menu prepared by Chef Rex Hale. Not to mention the fi re pits, fl at screens and the sleek, modern design: They put the hot spot in a class by itself.

Oh my. That’s about all there is to say the fi rst time you lay eyes on House of India’s impressive lunch buffet of delicious traditional Indian dishes. From the masala to the korma to the palak paneer, diners line up—well past the point of ‘full’—for just one more helping of their favorite dish. But the buffet is only part of the expansive full menu of authentic Indian favorites that has been bringing customers back again and again since 1995.

The romantic lighting, the rustic touches, and the sweet skyline make for the most perfect al fresco experience. Close your eyes and for minute, you’ll feel swept away at Vin De Set, without ever leaving home.

Serving the best-of-the-best cuts of beef for more than 45 years, Ruth’s Chris St. Louis locations have become the go-to-spot for that red meat craving. Seared to perfection at 1800 degrees, every steak arrives to the table sizzling and perfect. It doesn’t get more succulent than that!

Cocktails have had quite the resurgence—mixologists replacing bartenders, handcrafted spirits gaining favor over tried-and-true brands. Taste, one of Gerard Craft’s hot spots, leads the way, thanks to its attention to detail. You’ll fi nd no pre-mixed martini mixes, no Cosmopolitans in sight—instead, a carefully planned-fromscratch menu awaits to delight even the most discriminating drinkers.

The food is amazing—there is no doubt about it. But it’s the unparalleled service that makes the St. Louis institution one of the most romantic spots in town. Because somehow, despite being in the middle of a busy dining room, you feel completely alone. Sure, your napkins are replaced, water glasses are refi lled and courses come and go—but Tony’s discreet, experienced team means you barely notice anything but the person across the table.

What can we say, the man has the midas touch. Thanks to his skill and savvy, the Niche family of restaurants—Niche, Taste and Brasserie—have become fi xtures among St. Louis foodies, and his presence on the national scene has elevated Craft’s reputation far beyond that of popular local chef. His innovative food and culinary know-how have once again earned him a nomination for his fi eld’s highest honor— this month, he was named a fi nalist in the Best Chef: Midwest category of the coveted James Beard Awards.

Bill Cardwell of Cardwell’s at the Plaza & BC’s Kitchen

Great food and an impressive wine list—and you’ll fi nd those at Flemings—are among the reasons why the Frontenac restaurant a favorite among LN readers. Under the guidance of James Martin and Justin Oliver, the restaurant’s carefully trained staff makes dining there a delight.

Too often vegetarians are relegated to an item or two buried at the bottom on the menu. Not so at Local Harvest, where meatless menu options are the stars. Breakfast, lunch, dinner, brunch—carefully prepared dishes made with local ingredients have kept this South City spot on the map since it opened in 2008.

Tani Sushi Bistro not only holds its own among Clayton’s many successful restaurants, but it has earned a reputation for the best sushi in St. Louis. Why? Because its menu appeals to both sushi traditionalists who judge a sushi restaurant by the quality of its Nigiri, and more mainstream maki lovers who love the over-the-top creative rolls—the crazier the better! There is something for everyone at Tani—and the happy crowds prove it! Wasabi Sushi Bar Oishi Sushi and Steakhouse Miso Drunken Fish

Best Place to Blow Your Diet

The Dottie, the Cardinal Sin, the All Shook Up—any sweet tooth worth its salt knows those aren’t indie band names, but rather a few of Ted Drewes’ most tempting treats. So what if you fall off the dieting wagon— there is always tomorrow!

Of all the awards proprietor Vince Bommarito has accepted on behalf of his fi ne dining restaurant over the years, it’s our guess that he’d take special pride in knowing our readers voted his beloved spot Best Classic St. Louis Restaurant. Tony’s has been the backdrop to thousands of St. Louisans’ special occasions and celebrations, which proves dining at Tony’s isn’t just a meal—it’s an event!

Judging by how many categories Vin De Set showed up on our poll, it’s safe to say our readers love more than just the food at the Frenchinspired bistro. Diners also are smitten with the spot’s beautiful architecture and romantic rooftop, proving once again that good food is only one part of a memorable dining experience.

Bixby’s in the Missouri History Museum has become more than a pit stop between exhibits. New management (Butler’s Pantry) and a beautiful space with fl oor-to-ceiling windows have made the restaurant once again a destination unto itself, especially for brunch. Grab a mimosa and enjoy a beautiful view of Forest Park—you won’t regret it.

Ladue News readers aren’t the first to recognize the creative cuisine at Niche. The restaurant—soon to relocate to Clayton—has been lauded near and far for its edgy but delicious offerings created by wonder chef Gerard Craft.