Happily Ever After: Melvin and the Howe Family
Share this
1 of 4 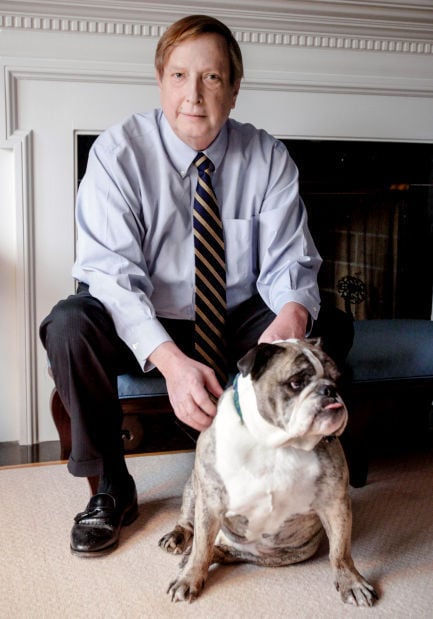 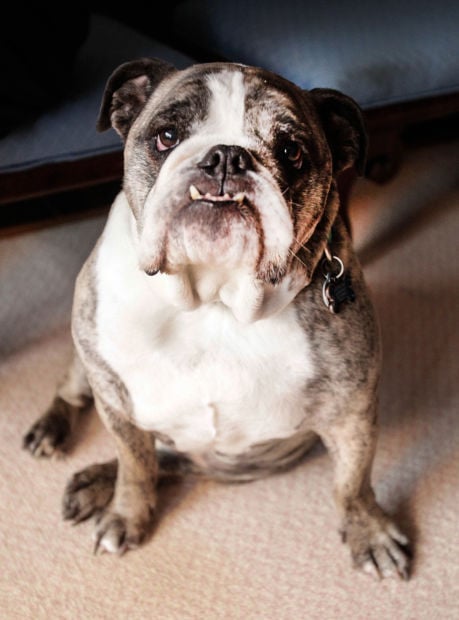 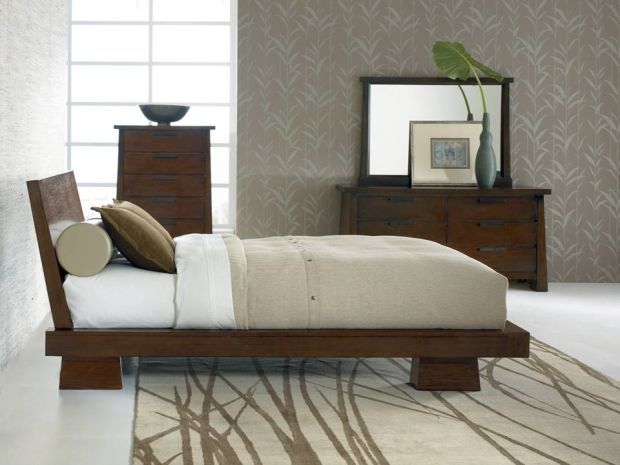 ONCE UPON A TIME...Cathy and Nelson Howe were looking to add a furry new member to their family. They already knew they wanted a bulldog, having had one in the past. “She was the love of my husband’s life,” Cathy jokes about their first bulldog. “He would come home and kiss the dog, and pat me on the head.”

So they called Saint Louis English Bulldog Rescue. Their new pet needed to be approved by their current dog, Daisy, a 12-year-old Australian shepherd mix. Fortunately, the rescue’s founder, Diana Engeszer, had just the one. “Melvin came into the rescue because the family was building a new house, and he was daddy’s dog, and momma didn’t want him to come to the new house,” Engeszer says. It’s a story they hear a lot, she notes. “I’ve never known a bulldog that thought it was a dog; they really consider themselves people. You love them to death, but they’re not the breed for everybody.”

Engeszer brought Melvin to the Howes’ home, and stayed for several hours while they made sure it was a good fit, Howe recalls. “She wasn’t going to leave the house until she knew we were the ones, and she watched how Daisy reacted. Melvin was laid-back and a little tentative and insecure, but he’s the sweetest little guy. He was well-mannered and house broken—everything you want in a dog.”

Howe appreciated that the rescue was determined to find a great fit for both their family and the dog, and that Engeszer was up-front about medical issues that are common in the breed. “They ask you if you’re willing to take a dog that needs A, B and C,” Howe says. “You really know what you’re getting into from the very beginning. When you do rescuing, you’re so well-briefed on the breed and what to expect that it’s a smooth sail.” She adds that Engeszer continues to stay in touch, and was especially available at first when Howe had a lot of questions. “They’re not hovering, but they definitely check in,” she says. “I think she would want to know if things weren’t going well. They’re quick to offer information, and they’ll give you a reference on a vet if you need it. They give great direction.”

It might partly be the result of knowing Melvin’s history, but Howe says she could tell that Melvin was depressed when he first came to them. “He had a loss; but now he has a huge gain—everybody loves Melvin,” she says. “I don’t know if rescued dogs really know that they’ve been taken in, but there’s an attitude in these dogs—they’re so committed to you.”

Now that Melvin has been with his new family for almost a year, Howe says she’s seen a huge transformation in the little dog who used to run and hide when the doorbell rang. “It’s easy to see the confidence grow,” she says. “You watch this little scared guy find his voice. He’s gained self-confidence to snuggle, to give of himself to us—he’ll lie on his back spread-eagle to be petted. He trusts you, and it’s so rewarding.” She adds the whole experience has been great for everyone. “We have loved growing with Melvin and having Melvin grow with us, and making him part of our family. He puts a smile on our face every day.”

For Your Own Fairy-Tail Ending...

With their belief that bigger things can come out of selling furniture, Carol House and the Dubmans proudly donate a portion of each sale to local charities. One of the organizations the company supports is its very own Carol House QUICK FIX Pet Clinic, which spays and neuters pets for low-income families. For more information, call 771-PETS or visit CarolHousePetClinic.org.