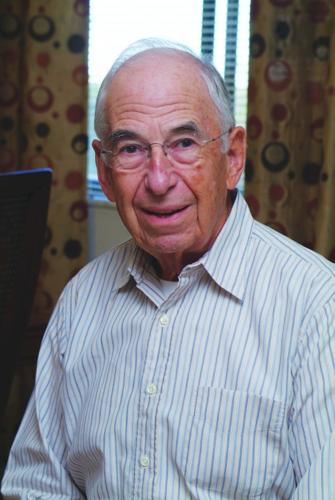 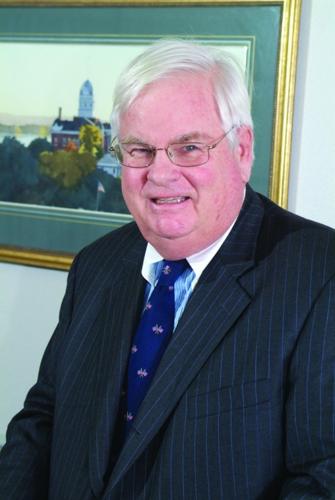 In academia, they are referred to as ‘nontrads’— older students returning to college for a degree or just because they want to expand their breadth of knowledge. They might be young professionals in their 30s returning for an MBA, or empty-nesters thinking about a new career. They aren’t generally classified as freshmen or sophomores anymore, but sometimes these returning scholars are seniors.

Charles Valier’s impressive resume includes a B.A. from Yale University and a J.D. from the University of Missouri School of Law, service in the United States Marine Corps, the Missouri House of Represent - atives and as police commissioner for the City of St. Louis. In May 2010, at the age of 70, Valier earned a Master of Liberal Arts from Washington University. “When I decided I wanted to go back to school, my main objective was to improve my writing and I decided an MLA program would offer the best opportunity to do that,” he says. “I was already working on one book and had a second book I wanted to write.” The idea for both books grew from Valier’s research into his family’s history. “My great-grandfather fought in the Civil War, and that’s the subject of the first one. I haven’t finished it because I decided to pursue the other subject—the crisis of 1558—which was a schism that took place in the Swiss reform church during the reformation. I became interested in the topic after discovering that I was descended from one of the ministers involved in the conflict.”

Valier believes age was a ‘tremendous’ advantage for him in the classroom. “I had life experience, I knew exactly what I needed to do and I wasn’t timid about participating in class.”

A family saga was also the inspiration for James Van Praag to return to college after a long career. Van Praag operated a mechanical engineering business with his father, Alex Van Praag Jr., becoming CEO in 1968. But after his father’s death in 1979, the company was sold and problems arose with the estate. Van Praag had long been intrigued by the law, and working through the estate’s legal issues furthered his interest.

Van Praag, now 80, is enrolled in advanced legal studies at Webster University, with a goal of becoming a certified paralegal. “I’m seriously thinking about pursuing a juris doctorate,” he says. “But that wouldn’t begin until after my certification next spring, and I’d be 81. Since it takes 3 or 4 years to complete, I’d be 86 years old when I’m finished. That part doesn’t bother me, because my mother lived to be almost 99!”

Age is an advantage in the classroom in a very oblique way, Van Praag says, but not in a productive way. “The biggest disadvantage, of course, is not growing up with computers. In spite of the fact that our engineering company owned a substantial computer—I owned it, I paid for it, I walked past it every day—I’m a neophyte when it comes to operating one. I don’t want to call it a problem, but it is a challenge!” Van Praag says the younger students are very supportive, always offering to show him what to do. “They are very friendly and helpful, never hesitating to pitch in!”

Van Praag’s grandchildren think it’s great that he’s pursuing a degree. “But they do figure, if anybody is crazy enough to back to school when they’re 80 years old, they must more than a bit eccentric!”