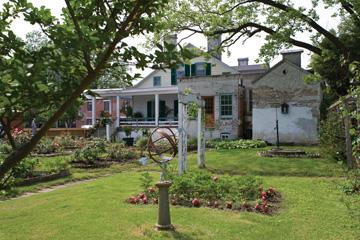 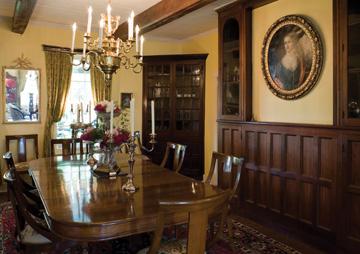 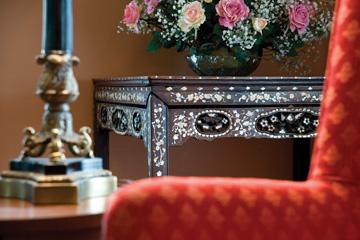 Homeowner Tim Conley admired this mother-of-pearl inlaid table for 20 years before persuading the owner to part with it. 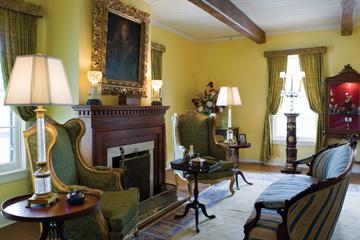 A Dutch master painting, circa 1651, is the focal point of the Valle drawing room. 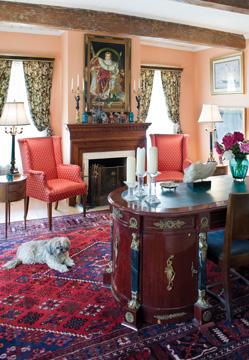 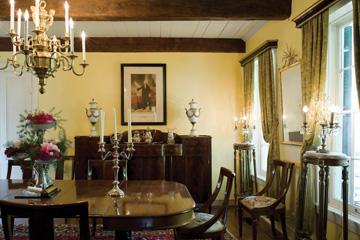 George Washington presides over a magnificent American sideboard from Savannah, Ga., circa 1825. 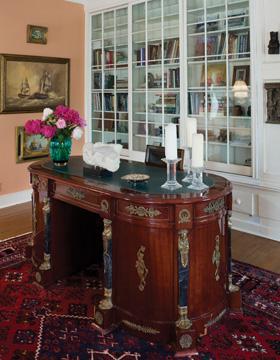 Built-in bookcases with original glass in the library.

Since the debut of In Fine Style last fall, we’ve had the opportunity to show our readers some of St. Louis’ most enchanting homes. This month, at the invitation of historian and preservationist Timothy Conley, we travel a bit farther south to the only original French Colonial village in the United States.

Conley’s home, the Jean Baptiste Valle house, was built in 1793 for the last colonial commandant of Ste. Genevieve, and served as the ‘Chambre du Government’ for French and Spanish kings, and later for the U.S. government. “The house is the only colonial structure in the former Upper Louisiana Territory that has retained its original grounds,” Conley says. The gated property covers almost one square city block, and contains Madame Valle’s rose garden, established in the 1790s. Working with experts from the Missouri Botanical Garden, Conley discovered roses from what he describes as “the finest rose garden in the world,” the Empress Josephine’s garden in Mal Maison.

“The garden contains more than one hundred varieties of French roses from the 17th and 18th centuries, planted in the ‘par terre’ style of the time,” Conley explains. “During the restoration, I spent the largest part of my time here, resurrecting the remaining historic roses. The ancient roses are growing again, and eventually the garden will look like it did originally.”

Perhaps even more astonishing than the resurrection of century-old roses, says Conley, is the rebirth of the grapes on the Commandant’s Grand Arbor. “The vines last bloomed and produced in the 1880s. When we began, the arbor was wild with vines, but no grapes, and we pruned hundreds of feet because the runners were taking over the garden. Then, we noticed the vines were blooming and smelled just gorgeous.” Experts told Conley they didn’t know of a vine coming back after ten years, let alone 150. “But we waited and watched, and the vines are now producing amazing, chandelier-style grapes!” The vines continue to be studied by experts and may soon be cultivated by regional vineyards, he adds.

The significant history of the gardens continues across the threshold of Conley’s home. From the massive walnut-beamed ceilings to the red heart pine floors, the house is a superior example of French Creole vertical log construction. “The Commandant had this home built to last through the centuries and be impervious to everything,” Conley says.

Exquisitely decorated, the interior displays art and antiques with impressive pedigrees. The dining room table, unvarnished but mirror-like with a French-wax finish, was purchased from David Francis, president of the 1904 Louisiana Purchase Exposition. On one wall is an American sideboard, circa 1825, made in Savannah, Ga. “It’s solid mahogany,” notes Conley. “It takes six people to move it, and we are never moving it again!

In the drawing room, an oil by Dutch master Peter van der Faes (Sir Peter Lely), circa 1651, hangs in its original hand-carved frame. The Commandant’s library, sometimes referred to as the court room because it was where he held hearings and judged cases, includes original floor-to-ceiling bookcases with glass doors. An 18th-century portrait of Napoleon’s coronation provides the appropriate French accent.

With superb attention to detail and great respect for history, Conley has brought the Valle house back to splendid life. It was a privilege to be his guest, and we’re honored to present this exclusive look inside a Missouri treasure.  LN

The latest craze in interior design, grandmillennial, is defined by the coziness of your grandma’s house intersecting with the modern lifestyle of the millennial. Kate Griesedieck Striler of Griesedieck Design describes how you can achieve this style in your own home.

In addition to custom name pennants, which can be used as a monthly milestone marker or home décor, Eventide Pennant Co. sells felt bunting, city pennants and one-word pennants with words such as “explore” and “mama.”

A St. Louis Office Design That Balances Style With Function

Each Twig and Tarnish creation involves a vintage planter, such as an antique tin or preloved mug, that serves as a vessel for new life.

Amazing Agastache: Attract Pollinators to Your Garden With This Variety of Plants

Landscape columnist Pat Raven, with insights from Julie Hess, describes how Agastache plants may act as beautiful pollinator magnets in your garden.

Homeowner Tim Conley admired this mother-of-pearl inlaid table for 20 years before persuading the owner to part with it.

A Dutch master painting, circa 1651, is the focal point of the Valle drawing room.

George Washington presides over a magnificent American sideboard from Savannah, Ga., circa 1825.

Built-in bookcases with original glass in the library.