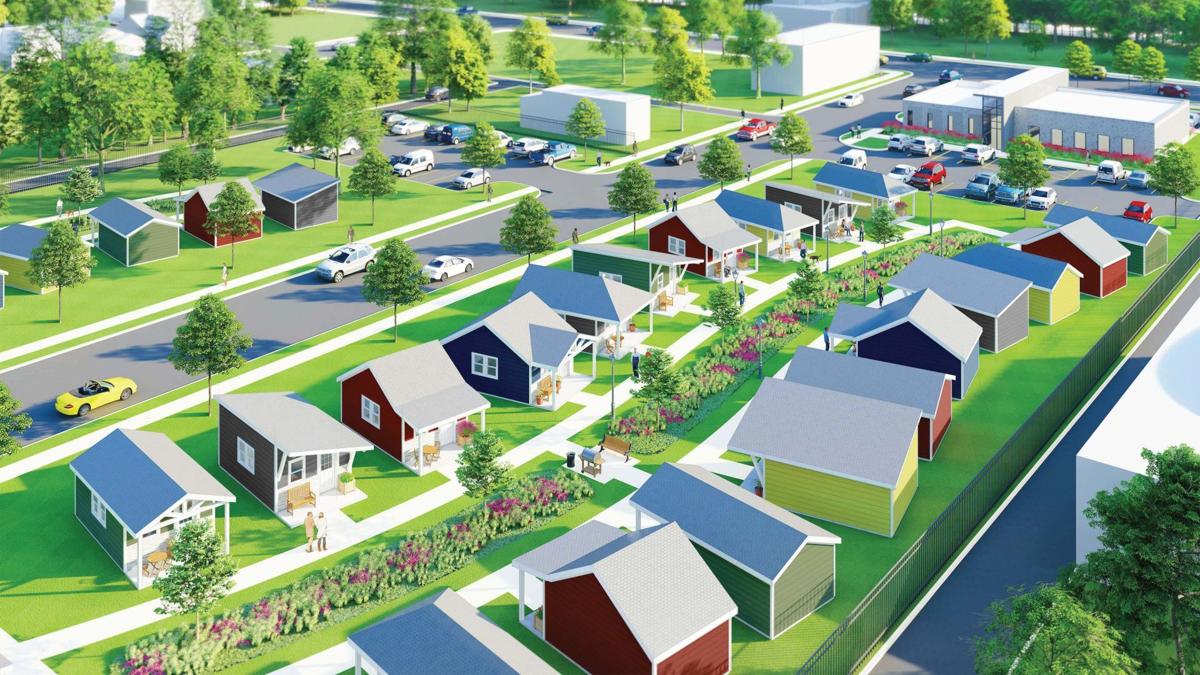 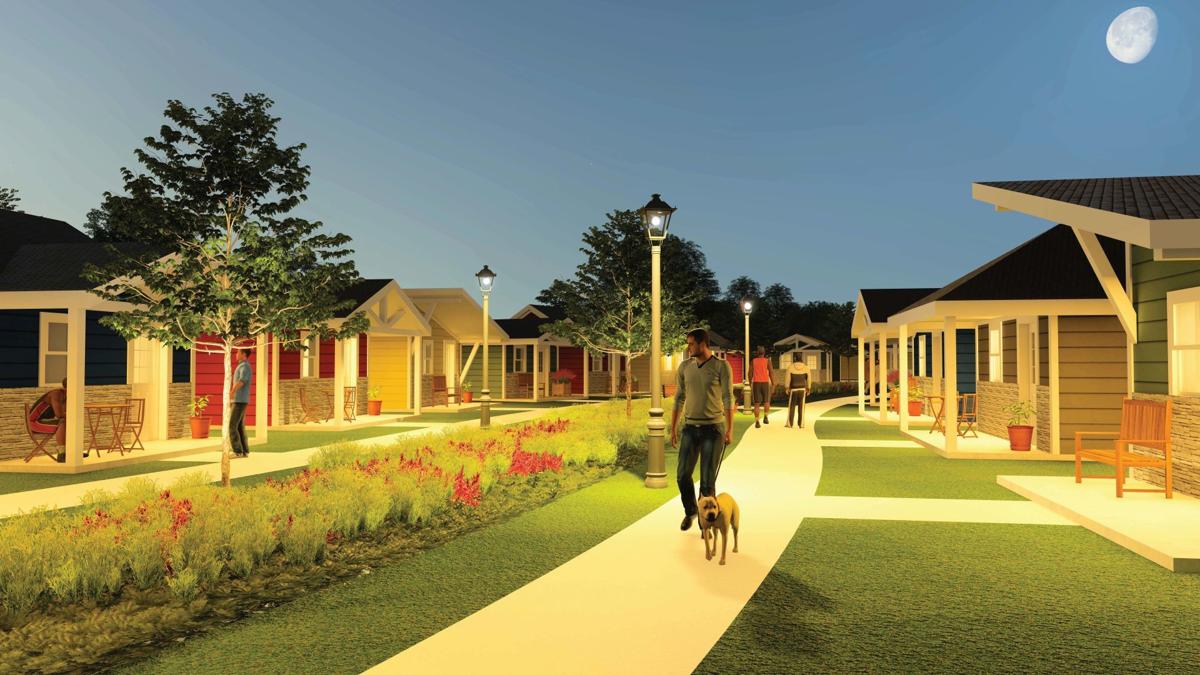 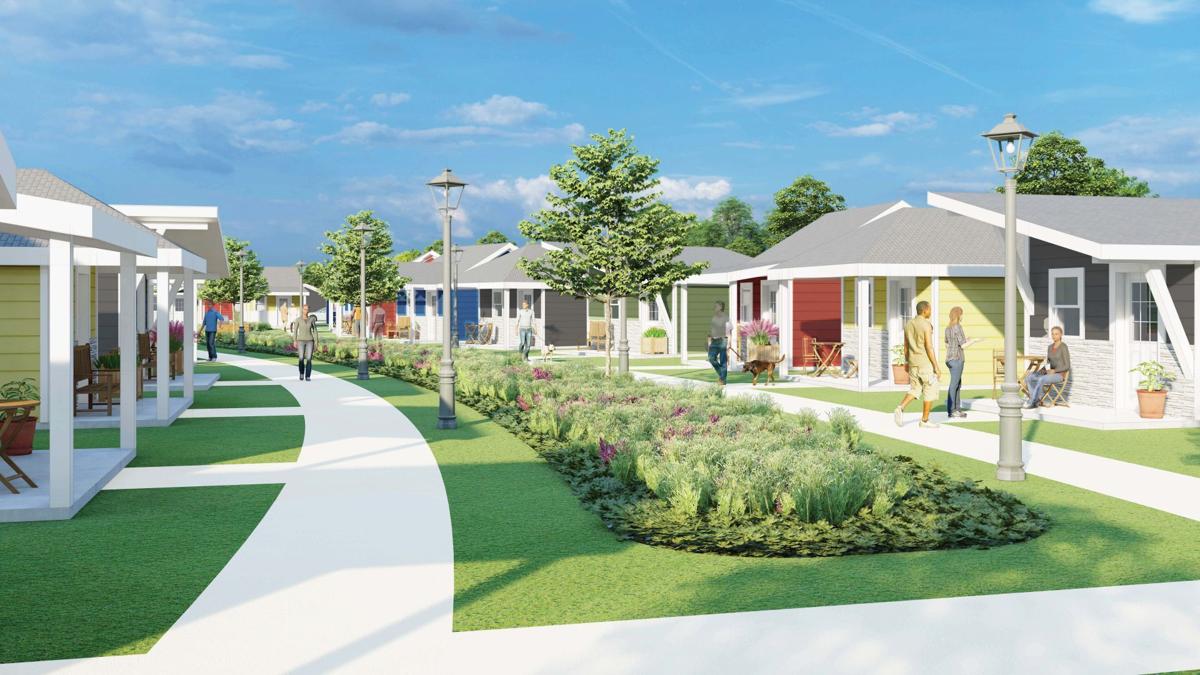 Local donors and volunteers can answer the call of duty to help construct 50 tiny houses for homeless veterans in north St. Louis next year. The Missouri-based Veterans Community Project is deploying the unique solution of tiny house villages in major cities across the nation in response to the staggering number of U.S. vets facing homelessness – reportedly more than 37,000 as of 2019, according to the federal Department of Veterans Affairs.

“The St. Louis campus will be built in 2021, and we hope to be housing veterans by summer,” says Jason Kander, a former U.S. Army intelligence officer and former Missouri secretary of state who is VCP’s president at the helm of its national expansion.

Set to be located on a 5-acre property in the heart of St. Louis’ Jeff-Vander-Lou neighborhood, VCP Village – St. Louis will feature a mix of single-occupancy, 240-square-foot and 320-square-foot fully furnished transitional homes; a community center; and an outreach center to offer walk-in support services, such as emergency rent and utility assistance, food and hygiene kits, employment support, military documentation and benefits navigation, and case management for any veteran in the metro area.

VCP’s tiny homes are meant to provide complimentary transitional living for homeless vets, with the ultimate goal of finding permanent housing for the residents.

“It’s really special to watch someone be introduced to their brand-new house and tell them that’s theirs as long as they need it,” Kander says, adding that when veterans move to their permanent living situation, all the home’s furnishings go with them. “We don’t charge any rent, and we’re available to any veteran. We don’t ask for how long or where you served – if you raised your right hand and took the oath to serve America, we’re here for you.”

Metro area residents, organizations and companies can contribute to the cause – from volunteering to help build the VCP Village to sponsoring a tiny house.

“We’re building these villages with the help of the local community,” Kander says. “I encourage you not just to donate, but also help us swing hammers and paint.”

The St. Louis campus is modeled after the organization’s flagship property, VCP Village – Kansas City. In addition to St. Louis, VCP has broken ground on a campus in Longmont, Colorado, and will expand to five more major cities in the next year, notes Kander, who joined the U.S. Army after Sept. 11, 2001, rose to the rank of captain and served in Afghanistan.

“The VCP villages are like a combination of a military base in Afghanistan and a Silicon Valley startup,” he says.

The project’s results are remarkable, Kander says, noting the VCP Village – Kansas City outreach center has served 4,100 vets since 2017, and more than 40 formerly homeless vets – about 77 percent of its residents – have transitioned to permanent housing.

“Our metrics are pretty much unheard of in the homelessness space,” Kander says.

Central to VCP – a nongovernment, donation-funded nonprofit launched five years ago by a group of combat vets in Kansas City – is how vets are treated, Kander notes. “We don’t treat these people like formerly homeless – it doesn’t matter if you’ve been living on couches for six weeks or on the streets for six years, you’re treated like a service person,” he says. “All of these veterans have faced obstacles – this is reactivating and reinvigorating a sense of dignity and pride to accomplish tough things.”

Kander notes “the real genius of VCP is it introduces the community to the veterans and the veterans to the community. If you go to a ballgame, and a vet is on the Jumbotron, you can stand and applaud – but you can’t volunteer at the VA. Whatever your skill set is – a therapist, dentist or auto [mechanic] – VCP can put it to use and serve vets.”

The nonprofit’s 2021 plans are just the beginning, as it aims to build tiny houses for homeless vets in every major U.S. city, Kander notes: “The need is enormous everywhere … and VCP’s goal is ending veteran homelessness across the nation.”

Learn more about how Ladue News is uplifting organizations in the St. Louis metro area that are making a difference. Nominate the organization you think deserves recognition before Feb. 27, 2021.