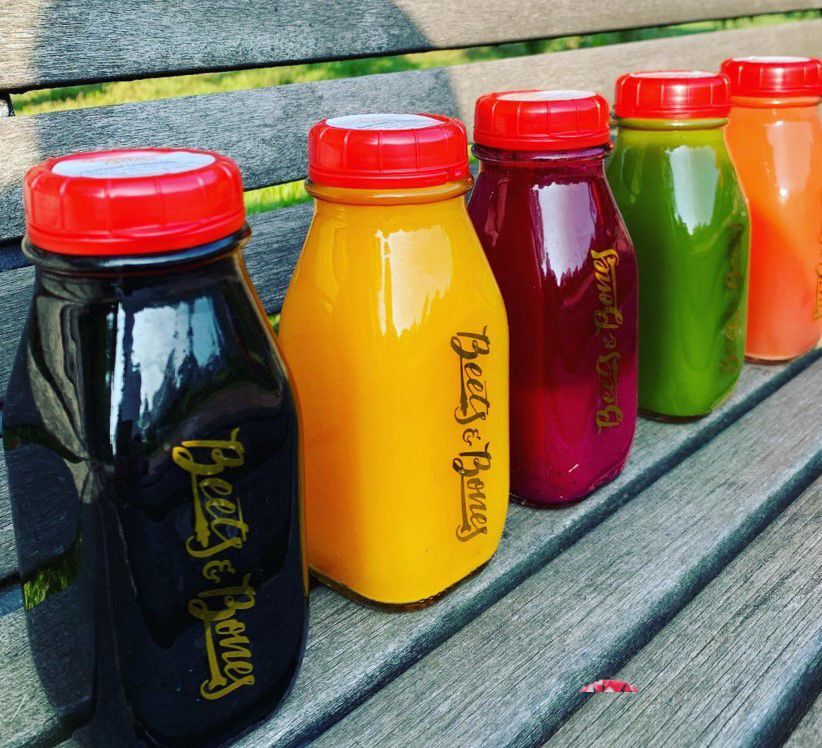 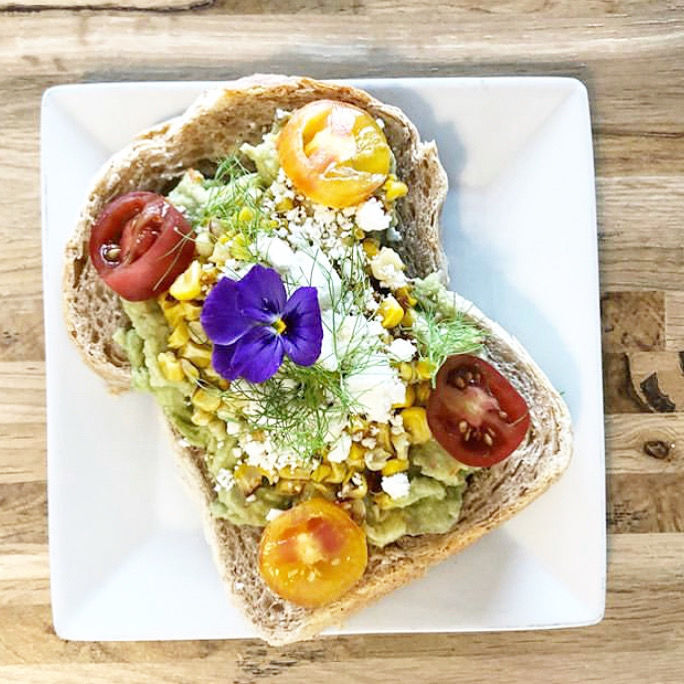 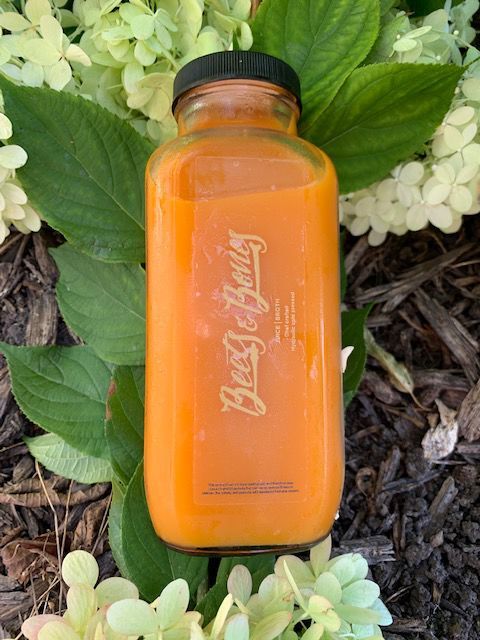 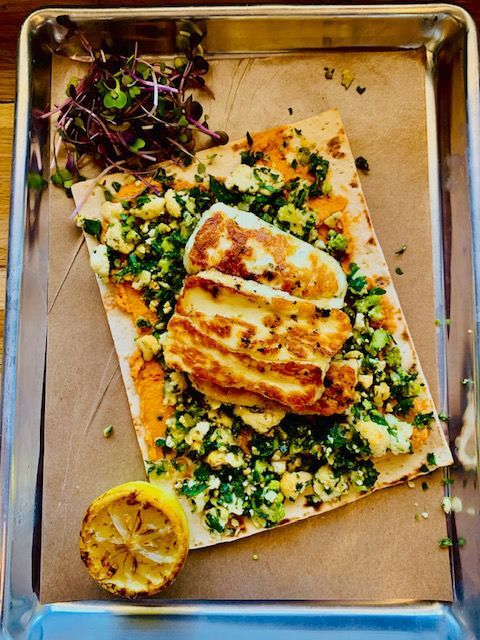 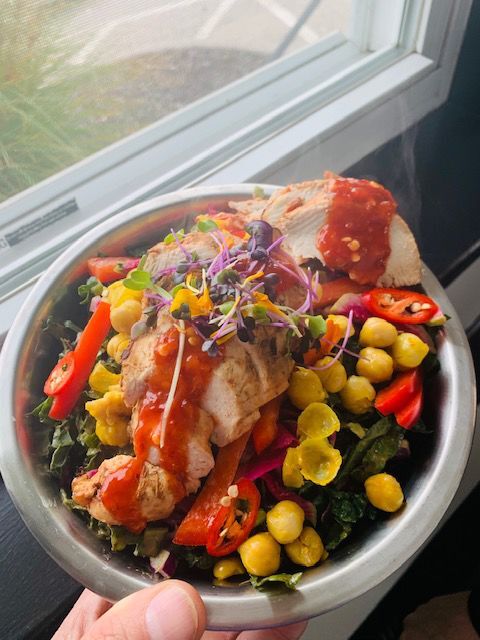 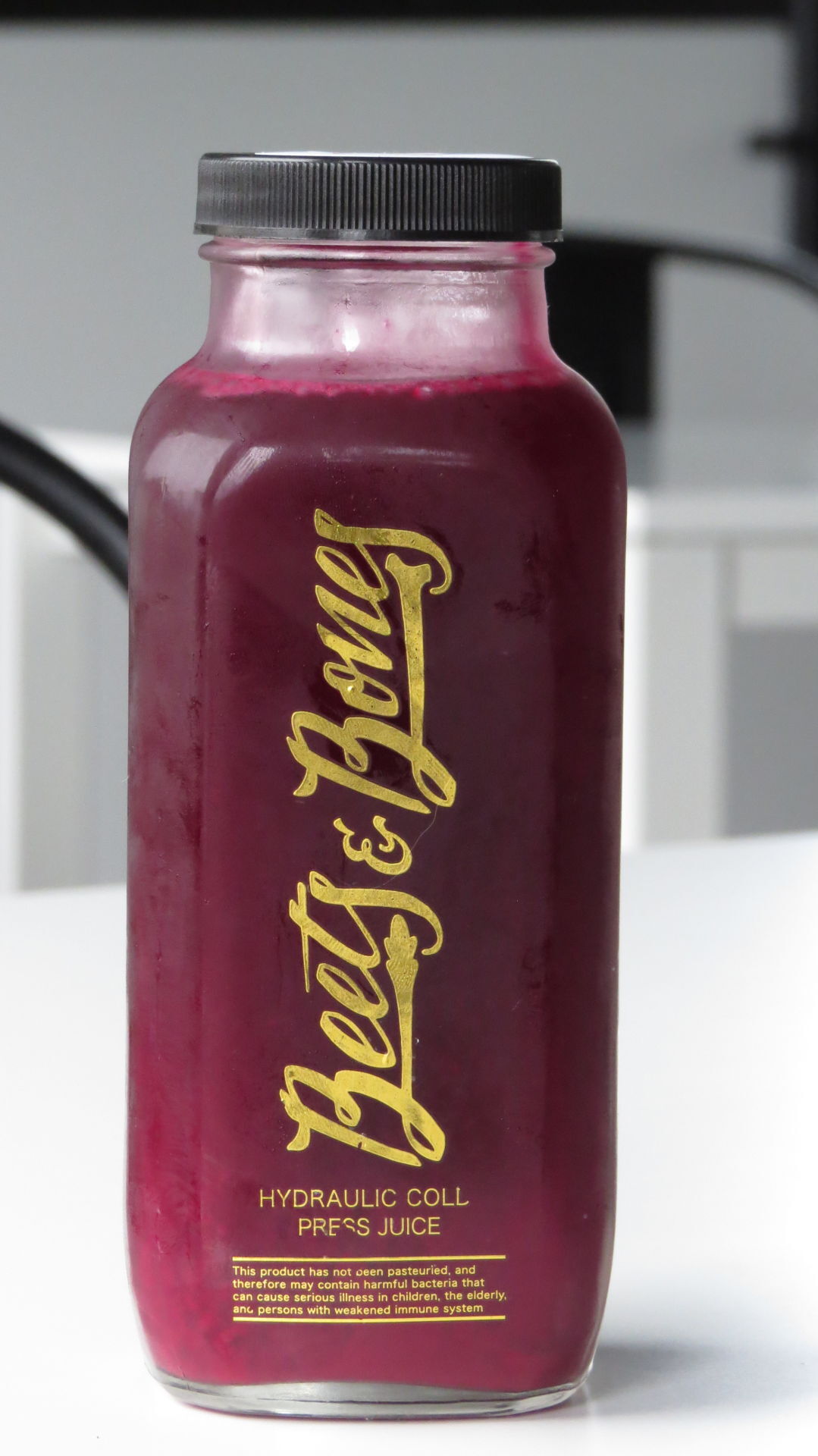 Bone broth on tap? Carrot gravlax? Dracula juice? Beets & Bones is coming to Clayton, and it’s bringing with it a fresh spin on breakfast and lunch.

Slated to open in mid-January at the former Northwest Coffee spot on the corner of Maryland Avenue and Crandon Drive, Beets & Bones is a collaboration between co-owners Conor VanBuskirk and chef Nicholas Zotos, both of sister café Upshot Coffee in Cottleville. Zotos was a longtime regular of what was then VB Chocolate Bar and connected with VanBuskirk after serendipitously overhearing that VanBuskirk was hoping to expand his offerings when transforming the VB Chocolate Bar space into Upshot Coffee. Zotos approached him with his longtime dream concept centered on the health benefits of bone broths and cold-pressed juices, and the wheels were put in motion.

The pair kicked off by selling at the Tower Grove Farmers’ Market this year, as well as out of Upshot. They’d been keeping their eyes peeled for a bricks-and-mortar location and pounced on the Clayton space once they saw it was available.

Perhaps most unique will be the bone broths on tap – with chicken, turkey, pork or beef bases – that can be customized with mineral- and vitamin-loaded add-ins such as truffle salt, miso-carrot caramel, turmeric and lemon, mint chimichurri, blood orange and nori, and more. More than just warming and hydrating, bone broths are known for their beneficial impact on gut health and joints.

From the menu, Zotos says he’s particularly excited for his take on a Cuban broth bowl, as well as a carrot gravlax savory dish and house-made cilantro sourdough. Beets & Bones sources from Benton, Illinois’ Double Star Farms for bones, produce and less widely available items that are keystone ingredients in juices and smoothies, like a Tuscan kale varietal and dandelion roots. Other area suppliers include St. Louis’ Bee Simple City Farm and Eat Here Saint Louis.

“Everyone needs juice – there are so many benefits,” Zotos says. “People who were once wary to try it are now hooked and, from that, have even ventured into doing cleanses to feel even healthier.”

With New Year’s resolutions right around the corner, Beets & Bones should be the first place you visit once its doors open in 2021. For now, you can pick up their juices and broths at Pastaria Deli & Wine in Clayton and The Annex in Webster Groves.

St. Louis Family Therapist Reflects on Lessons to Be Learned From the Pandemic

It has always been a good idea to nourish oneself with healthy habits, but this philosophy took on new importance throughout 2020.

COVID-19, the Flu or a Cold? SLUCare Doctor Gives Guidance for Staying Healthy and Getting Tested

Dr. Matthew Breeden, a SLUCare family physician, discusses how symptoms of COVID-19, colds and the flu mimic one another, making it hard to know whether you have a winter cold or something more concerning.