Although addiction and cancer threatened Teri Griege’s life for many years, her unimaginable courage, passion, determination and hope have been instrumental in achieving her goals and saving her life.

A participant in the world championship Ironman competition in Kona, Hawaii, while fighting cancer, she is now celebrating 29 years of continuous sobriety. “The 12 steps of Alcoholics Anonymous are my tools for living,” she says. “I was able to take those simple tools and apply them to my cancer journey. One day at a time.”

“I decided someone had to be [in the] 6 percent, and it might as well be me,” Griege says, referring to the five-year survival rate for stage IV colorectal cancer 13 years ago. “I had fought alcoholism, and now, filled with fortitude and hope, I fought my cancer by building an army to help me fight – from my medical team, to family, to friends.”

At 60, Griege, the founder of Powered By Hope, calls the local nonprofit one that “shares my story and gives out medals of hope to people marking the greatest race of their life: cancer.

“So many people were inspired by my story and wanted hope. Powered By Hope was my way to carry the message and inspire others,” she continues. “We thank and recognize the health care community and raise funds for cancer research.”

Additionally, each year she also captains the team for Powered By Hope at Pedal the Cause, a cycling challenge that raises money for St. Louis’ Siteman Cancer Center and Siteman Kids/Children’s Hospital.

Seven years ago, Kim Eberline invited Griege to join the event committee of Sing for Siteman. The musical event, held in conjunction with Opera Theatre Saint Louis, raises money for the Discovery Fund at Siteman Cancer Center. “Siteman saved my life, and I was especially pleased in 2016 when I was chosen an honorary chair of Sing for Siteman,” she says. “My medical team from Siteman Cancer Center was and still is world-class.”

Nationally, Griege serves on the board of Fight CRC, and locally, she has served on GO St. Louis' board and with Kids Rock Cancer. She was honored in 2014 as a St. Louis Woman of Achievement and received the WunderGlo Foundation Cancer Warrior award, and the City of St. Louis also proclaimed Jan. 20, 2012, Teri Griege Day. She has also given a TedX talk and been honored with the Advocate Award from Fight CRC and the Colon Cancer Alliance Sapphire Award.

In the book “Powered By Hope” that she wrote with Amy Marxkors, she was lauded on the back cover by Joe Buck, the Emmy award-winning sportscaster, who said: “Teri Griege’s story trumps all. Her fight against life-threatening cancer and her will to win would inspire even the most hardened cynic.”

Proud of her athletic endeavors, Griege is one of the few individuals in the world to have participated in and completed the World Champion Half Ironman, the World Champion Ironman and the Six World Major Marathons – Chicago, New York, Boston, London, Berlin and Tokyo. “All of these events, except Boston and Chicago, I completed during cancer and on chemotherapy. I am motivated by big goals and usually have an event or experience I am training for.”

With her strong will and perseverance, she recently completed the 29029, climbing the equivalent vertical feet (29,029) of Mount Everest in 36 hours.

A graduate of Town and Country’s Visitation Academy and Missouri Baptist Hospital School of Nursing, she has been married to her high school sweetheart, Dave Griege, for 35 years. The couple has two children, Kati and Kyle. “I have been fortunate to have had many wonderful mentors and sponsors in my life, Griege says, “but the person who teaches me the most is my husband – the best human I know.”

Could medical marijuana or CBD products improve your health? Learn more about cannabis use in Missouri, including its effectiveness for pain management.

David Brown, the world’s fastest blind runner and a native Missourian, shares his story of vision loss and how he aims to lead in this new role.

Cedric Kyles, also known as Cedric the Entertainer, and Sharita Kyles Wilson, a professor at Pepperdine University, came back to their hometown of St. Louis to announce a $25,000 gift for SSM Health’s Women’s Health initiatives.

Through its Health Equity Advancement and Leadership program, the organization is awarding $125,000 to the AAFA’s St. Louis chapter to initiate home visits, asthma education and care coordination for older adults. 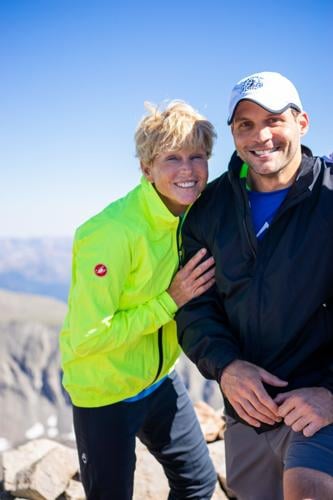 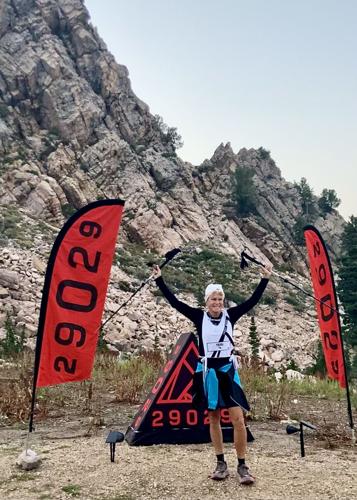 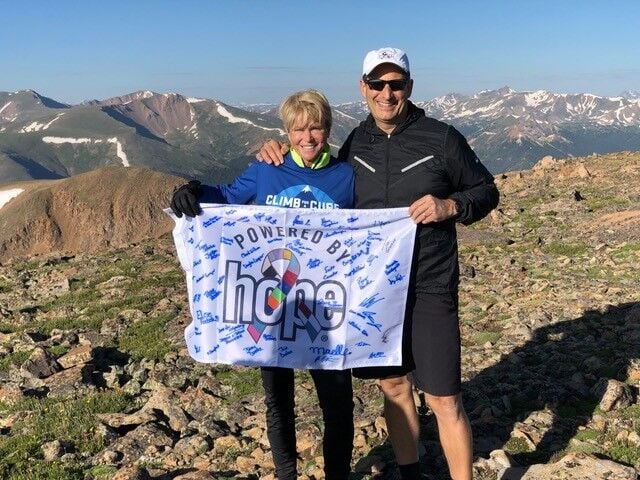