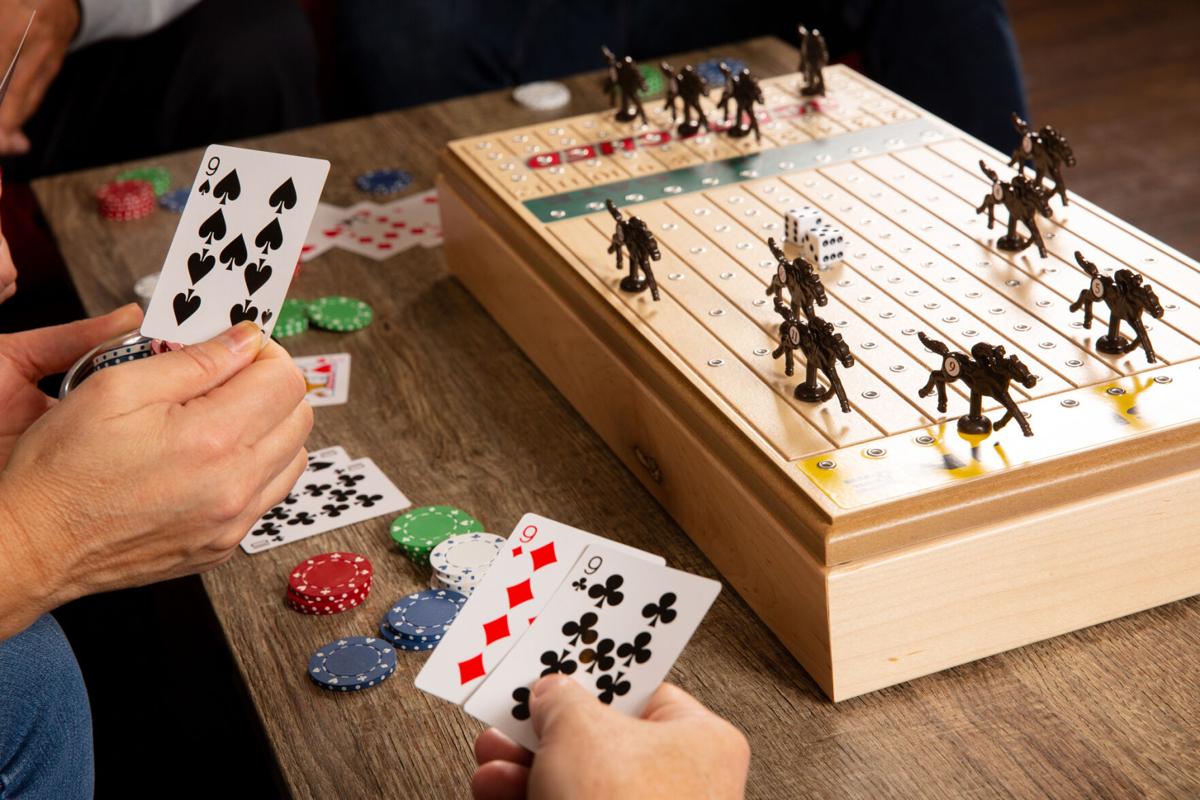 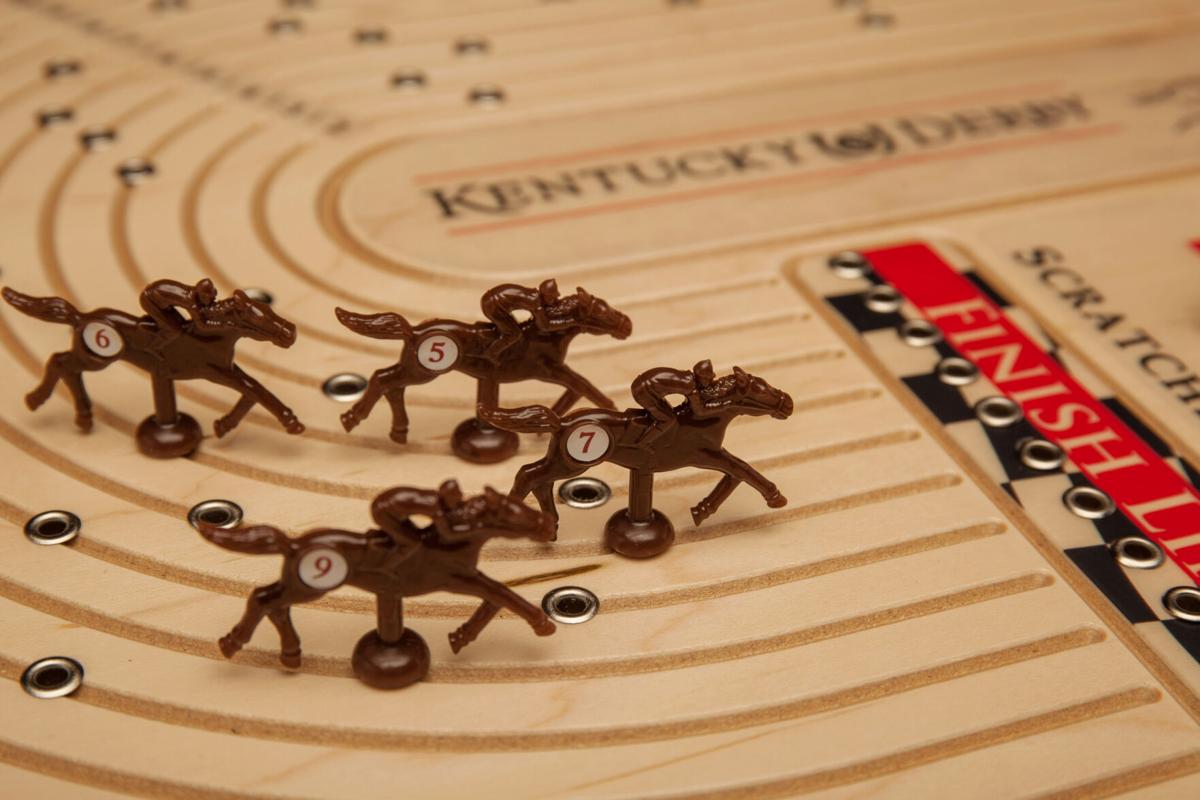 It’s an all-too-familiar scene: kids playing video games or thumbing their phones as they scroll through social media, while parents check emails or flip on the television. Excessive screen time has become a norm in 2021 society, but one local company is bringing back quality family time in a big way. Across the Board handcrafts wooden games that have revived the time-honored tradition of connecting across the table and engaging in friendly competition.

“We decided it is important to unplug and bring back family game night,” owner Kim McDaniel says. “With all the chaos going on in the world and especially this past year with the pandemic, we think it’s important for families to slow down, spend time together connecting and have fun. We hear it from our customers time and time again that some of the best memories and family traditions are made around the kitchen table playing board games.”

Across the Board began in the McDaniel family garage, where Kim’s husband, Ryan, designed a horse racing game (first as a hobby), marrying his background in construction and project management with his interest in woodworking.

“What set ours apart from others was [that] it was based on odds,” McDaniel notes. “It gave each horse, therefore each player, an equal chance of winning the race. He made games for friends and family, but then word-of-mouth created a demand that kept growing, which led us to start Across the Board.”

When Ryan McDaniel passed away in 2015, after a cancer diagnosis, his wife and their children felt compelled to continue the company to honor his memory.

“Since we created our first game, Ryan said it was his dream to have the game licensed by the biggest and most famous horse race, the Kentucky Derby,” she says, which, following his passing, led her to a sports licensing show in Las Vegas, where she met with a representative from Churchill Downs.

“In February of 2016, we started handcrafting the official horse racing game of the Kentucky Derby,” she says with pride. “It was his dream realized, and I think he would be thrilled.”

She notes that her spouse is still a part of the horse racing game, with his initials appearing on the corner of its packaging, as a way to pay tribute to the original craftsman.

“We really worked well together and trusted one another, which I think led to the success of the company,” McDaniel shares. “I have a marketing background and MBA. I was able to handle the business side of things, while he took care of creating games and handcrafting them.”

It isn’t the only recognition to date for the wooden board game business. In 2013, Across the Board began working with Uncommon Goods, a national online and catalog retailer that promotes unique and original gifts. The relationship has led to more licensing opportunities.

“In 2020, we were granted an MLB license and are now able to create games for all 30 Major League Baseball teams,” McDaniel says. “[Uncommon Goods] distributes all of our MLB games.”

Today, Across the Board continues to promote family in everything it designs, with the continual inspiration of its first designer.

“[Ryan] was the driving force and the heart and soul behind Across the Board,” McDaniel says. “The kids and I have decided that we want to make him proud and see his dreams come true. We are determined to make this the best board game company we can, with quality and craftsmanship at its center, because that was so important to him.”

What Parents Should Know About Depression in Teens Amid the Pandemic

Determining if your teen is merely sad, versus depressed, can be a challenge during these trying times. Dr. Russell Hyken offers expert advice on how to help your teen.

A Fresh Start: Reflections to Take Into the New Year

Dr. Benjamin Ola. Akande reflects on lessons learned from his father, who passed away but left his legacy of humble leadership.

A buzzworthy businesses launched by two metro area entrepreneurs has been sparking creativity, connection and critical thinking in kids.

A fundamental question most parents face is, should a monetary allowance be linked to jobs or chores being done around the house?

Ready Readers Recommends a Traditional Tale That Siblings Can Enjoy Together 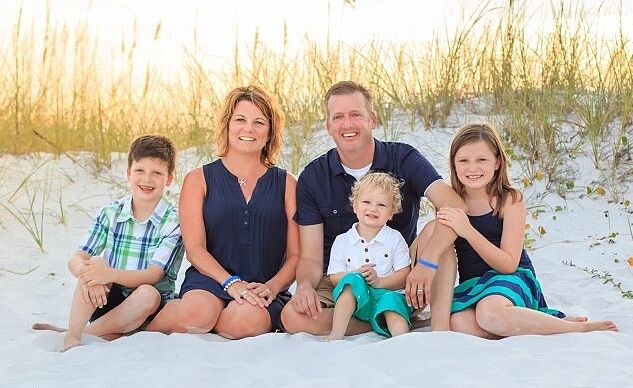