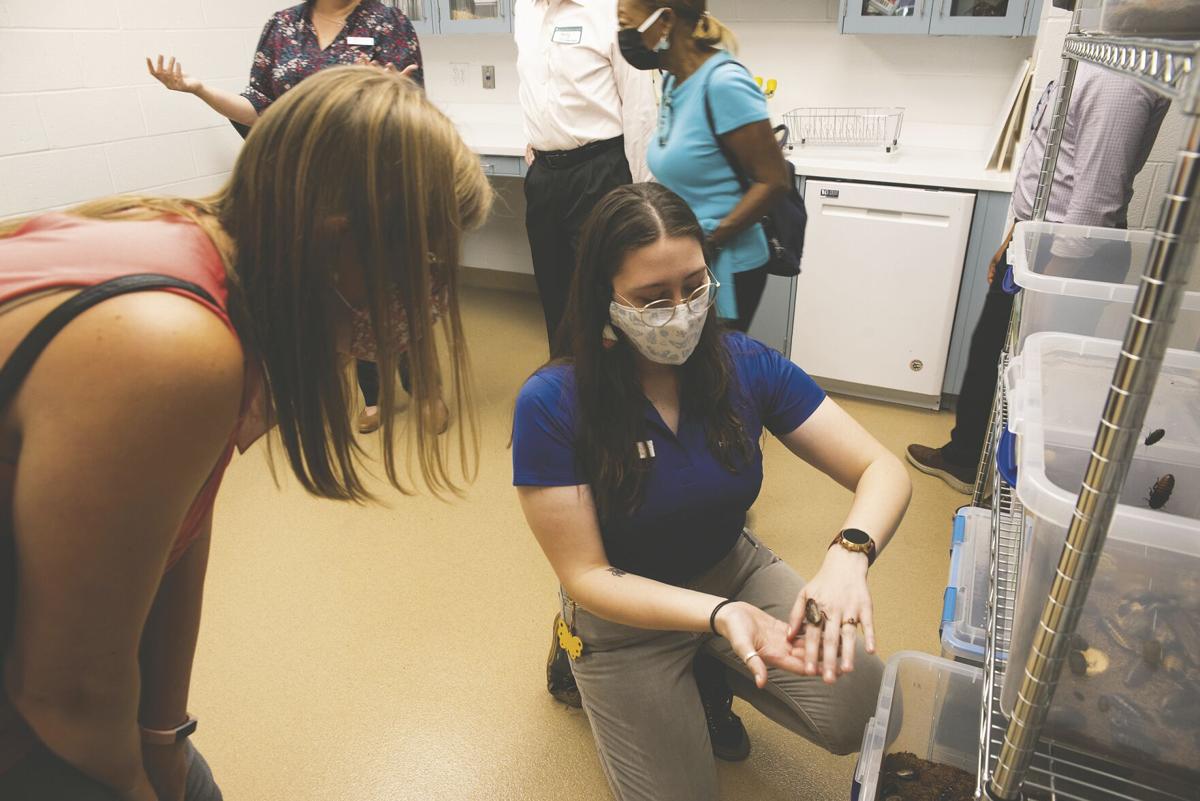 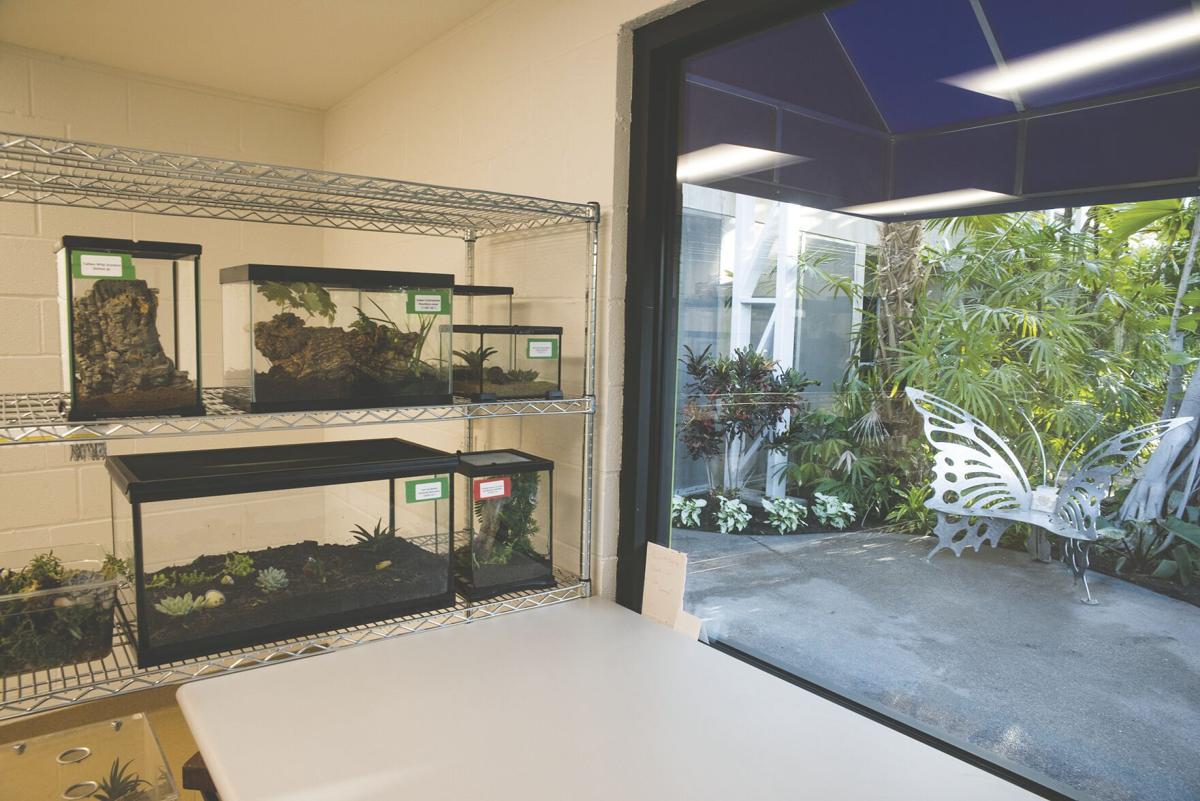 In early fall 2021, the Sophia M. Sachs Butterfly House opened a newly expanded entomology lab that tripled workspace for employees, installed brand-new equipment and introduced a fresh set of visitor-friendly experiences. It’s a project that’s been in the works for several years – and one that completely re-imagines not only how lab employees work but also how the public interacts with the lab.

“I think ultimately, we realized here that at the Butterfly House, there were some portions of the lab that were reaching the end of their life span,” says Tad Yankoski, senior entomologist at the Butterfly House. “Things like the emergence case, where we hang our chrysalis, were getting old and needed to be replaced. We’re regulated by the [U.S. Department of Agriculture], so we have a level of standards we have to live up to.”

Located in Chesterfield, the Butterfly House is a not-for-profit organization that strives to increase awareness of the natural habitat in which butterflies thrive. It operates as a division of the Missouri Botanical Garden and features an 8,000-square-foot glass conservatory where visitors interact with more than 60 tropical species of butterflies from around the world, all in free flight.

In the entomology lab, employees study butterflies and other animals from egg to caterpillar to chrysalis and beyond. This takes sophisticated equipment and space – both of which were lacking in the former lab space.

“Our old lab was somewhere under 200 square feet,” Yankoski explains. “In 200 square feet, we’d process 35,000-plus butterflies every year and anything between 50 and 75 species of other invertebrates.”

In 2018, the Butterfly House kicked off a project to help alleviate these woes by launching a fundraising campaign to commemorate the institution’s 20th Anniversary Metamorphosis Gala. Funding for the $600,000 renovation and re-imagining was provided by the federal Institute of Museum and Library Services, as well as private donations and general operating support.

The institution received IMLS grant funding in late summer of 2020 and began preparing for the renovation. The Butterfly House worked with St. Louis’ Hof Construction as its general contractor, which started on the project in March. After approximately six months of work, the team had tripled the institution’s lab space.

“We went from living in a studio apartment to a mansion,” Yankoski says. “Our new lab, we joke, is so big that it almost has an echo. We have ample space to spread out our collections and even expand our collections. In the past, one of the first considerations we’d have to do was ‘Oh, this is a really cool animal – where do we have to put it?’ Now we have that extra space to house the animals or breed the animals.”

The renovation also included the installation of new, engaging exhibits that enhanced the visitor experience. Hof extended the lab into the butterfly flight house, meaning that now, when guests turn a corner in the facility, they come face to face with the lab’s emergence cases.

“People can see butterflies emerging from their chrysalis,” Yankoski describes. “There’s a workspace right in front of a large window, so while we are unpacking butterfly chrysalis shipments or feeding our animals, our guests can look in and see what we do every day.”

The Butterfly House partnered with KidZibits – a St. Paul, Minnesota, company that specializes in developing kid-friendly museum experiences – to build colorful exhibits that engage and inform. These include everything from an interactive life cycle wheel and short, educational movies to larger-than-life statues of both a moth and a butterfly to illustrate the differences and similarities between the two.

Every component of the renovation goes back to conservation. The Butterfly House engages in efforts near and far to support local habitats and rainforests in Costa Rica. The best way people can support these efforts? Visit.

“That ticket helps pay for some of our butterflies, which helps save the rainforest,” Yankoski says. “So you can draw a straight line from buying those tickets to saving a piece of the rainforest in Costa Rica.”

Charities and nonprofits are the heart of St. Louis. They are the driving force that pumps love, passion and generosity into its citizens, bri…

This St. Louis Area Health Care Worker Used Crafting to Cope With Pandemic Stress – and Then Turned It Into a Business

8 St. Louis Businesses Ready to Help You Keep Your New Year’s Resolutions in 2022

Own your New Year’s resolution this year while supporting a local business in 2022.

Local 10-Year-Old Bakes to Raise Money for Rare Pain Disorder Treatment With Help From Florissant’s Made. by Lia

The special fundraiser, Lyla’s Dream Bakery, was organized with the help of TikTok influencer Charlie Rocket on his Dream Machine Tour.