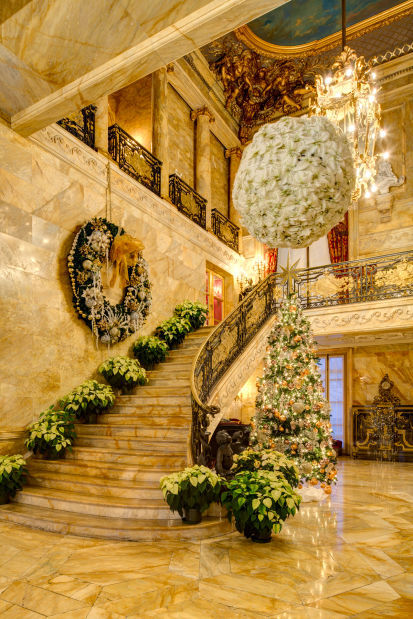 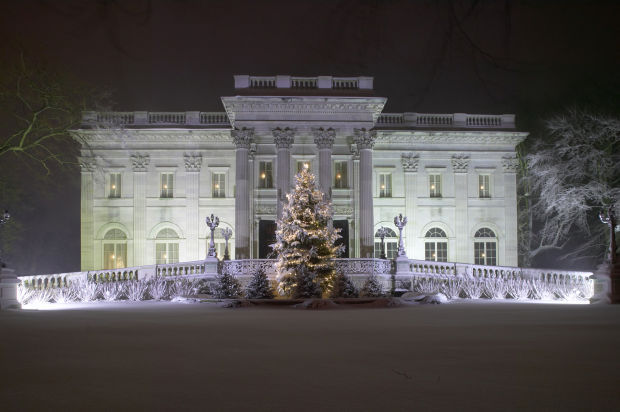 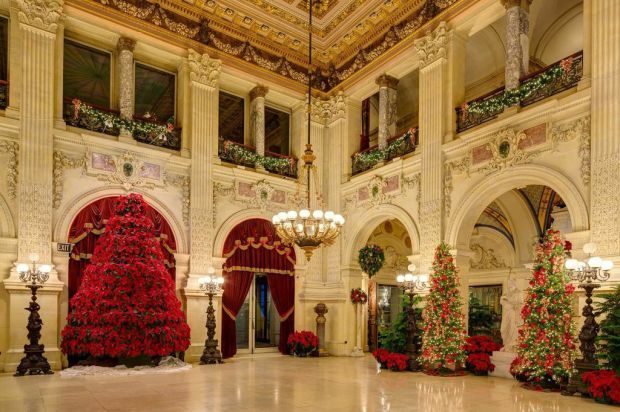 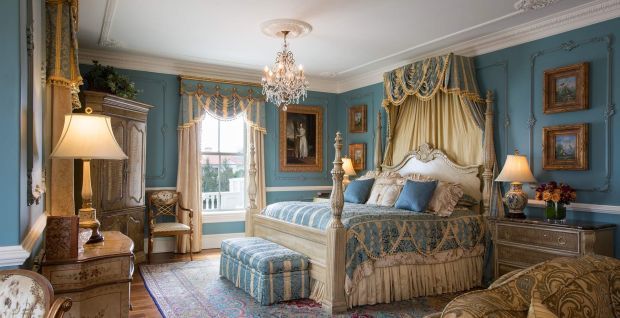 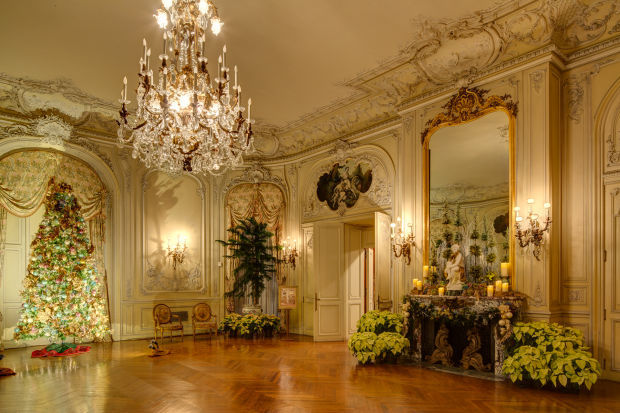 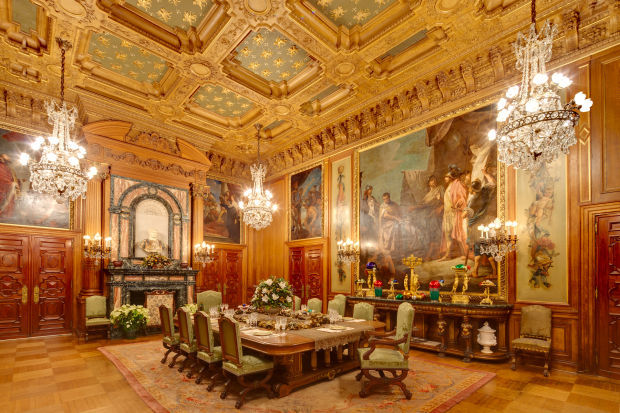 Newport, Rhode Island, is a Christmas wonderland from November to January, with three of the most spectacular mansions (The Breakers, The Elms and Marble House) decked to the nines and the downtown harbor transformed into a quaint ice-skating rink with Santa and Mrs. Claus arriving via yacht.

Even more charming without the lines and crowds of summer, Newport’s mansions are at their Gilded Age best, with live holiday music, gingerbread mansion contests, tables set with period silver and china, candlelit windows, dozens of decorated Christmas tress, thousands of pointsettias, fresh flowers and evergreens. And, in The Breakers, there's a 15-foot-tall pointsettia tree and a working garden scale model train of the New York Central Railroad, source of the Vanderbilt family fortune.

Completed in 1895 for Cornelius Vanderbilt II, The Breakers is a 70-room Italian Renaissance-style palazzo. With rich marbles, a 50-foot-high Great Hall and sweeping ocean views, the term 'over the top' could have been penned for this colossus. Down the road on Bellevue Avenue (no chance of keeping up with the Joneses on this street!) is The Elms, built as a summer residence in 1901 for Philadelphia coal magnate Edward J. Berwind and his wife. With its priceless 18th-century Venetian paintings and Chinese lacquer panels, it is considered by many to be the loveliest of all the Newport mansions. Not to be missed is the sumptuous sunken garden of its 10-acre park.

Nearby is Marble House, the summer home of William K. Vanderbilt and his wife, Alva. At a cost of $11 million dollars ($260 million in today’s dollars), it was the most lavish house in America when in opened in 1892. Born into a wealthy family in Mobile, Alabama, Alva was precocious from birth; and upon marriage to a Vanderbilt, with indefatigable drive, she climbed the social ladder to achieve the epitome of social and political power. At a time when divorce was unheard of, Alva divorced her Vanderbilt philanderer and plunged herself and fortune into philanthropy and the Votes for Women campaign, all the while dressing in the corsets, bustles, petticoats and endless layers of the fashion of the times.

The term 'Gilded Age' was coined by Mark Twain in 1873, and was meant as a mockery, not a compliment. Lasting from about 1870 to 1893, it was a period of time characterized by a greatly expanding economy, and growth of industry and wealth in the country, supported by excesses, materialism and political corruption, all achieved with no government regulation. Gold was everywhere, much of it gilded iron painted over with gold paint to look real.

Quite real and reliable in every way is The Chanler at Cliff Walk, one of the most historic mansions in Newport. Built in 1873 by John Winthrop Chanler, a New York congressman, it is now an exquisite European-style boutique hotel situated on the ocean with breathtaking views. Guest rooms and suites are sumptuously appointed in varying individual styles, and have entertained visitors from Henry Wadsworth Longfellow to President Theodore Roosevelt in grand Gilded Age manner. You’ll love its charming Spiced Pear restaurant. Other dining choices in Newport include The White Horse Tavern, Bouchard, The Muse in the grandiose Vanderbilt Grace Hotel and The Black Pearl.

More on the nautical, tennis, polo, beachy side of Newport at a later date. For now, it’s Merry Christmas!

Need to get away?

Native St. Louisan, Judy Crowell, has been a Ladue News travel writer for years, traveling the world but preferring to chronicle the sublime beauty of America, “from sea to shining sea”.

LN recently spoke with Hazel & Poppy Boutique owner Taylor Lehde about what's trendy this fall, where she finds inspiration and what she learned from her first foray into the fashion business.

Changing negative perceptions of plastic surgery is no easy task, but Metro Medspa owner Kate Schoemehl is on a mission to show that the effects of feeling beautiful are felt much deeper than the skin’s surface.

Jessica Z. Brown-Billhymer is the most recent recipient of St. Louis Press Club’s Catfish Award, which goes to a member who has made exceptional contributions to the field of communications and to the club.