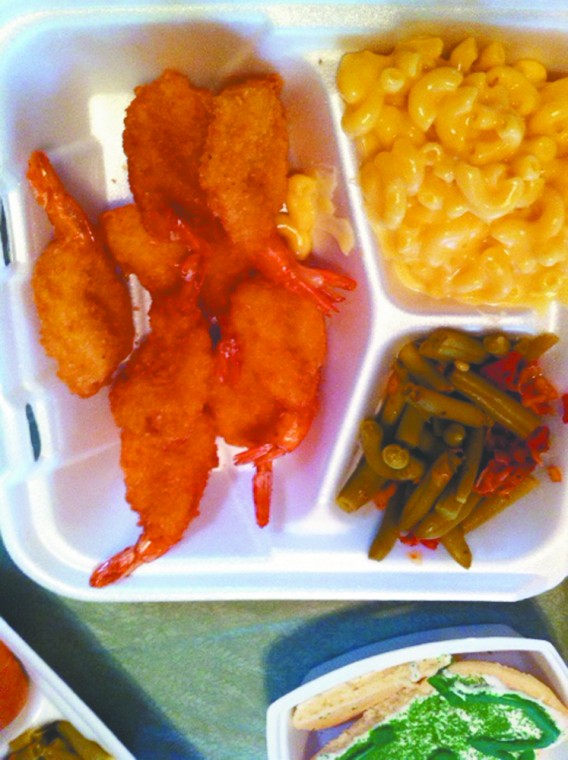 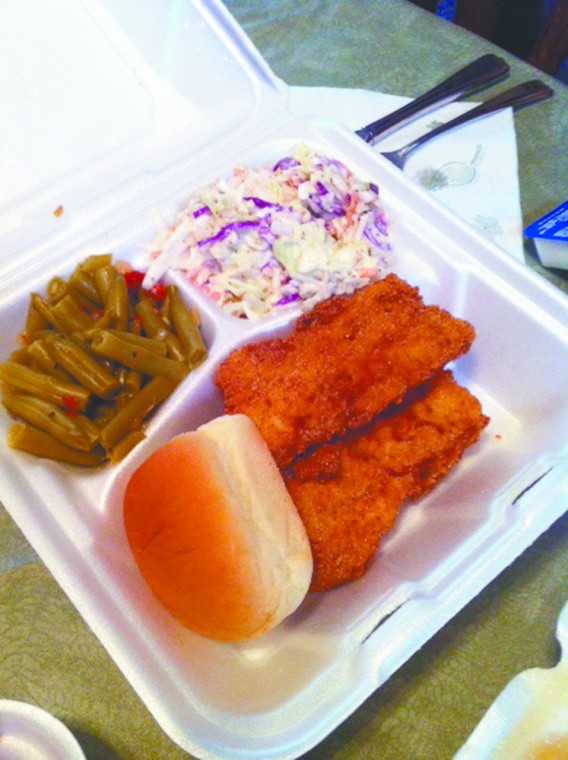 HOW MUCH: $9 for adult plates; $6 for children’s plate. Soda and beer available for an additional cost.

The menu at St. Gerard was nicely varied from the expected fish fry fare. In addition to the usual cod and catfish, shrimp and tilapia also were offered. The sides included the requisite classics: green beans, mac ‘n cheese, french fries, applesauce and cole slaw. In addition, bow tie pasta in red sauce was on the list of sides, which proved to be a tasty option. The adult plate came with a choice of two sides, plus a roll. The tilapia, with its flavorful breadcrumb crust, was definitely the standout for us at this fish fry. All of the entrees and sides were served in generous portions, and were nice and hot. A choice of desserts also was included with the price of dinner. During our visit, these included shamrock sugar cookies in honor of St. Patrick’s Day, gooey butter cake and cinnamon coffee cake, among other treats. We really liked what was billed as pound cake. Baked in a bundt pan, it was moist and had a sweet, tangy lemon flavor.

THE ‘REEL’ DEAL: The fry was held in Ligouri Hall on the St. Gerard campus, a spacious building with plenty of elbow room. We paid at a table in the foyer and got a slip of paper with all of the food choices listed, with boxes next to them to be checked. Then we proceeded downstairs to the kitchen/dining area, where we waited in line to present our orders. Servers had only to look at what was checked, instead of trying to get verbal requests, which saved time. Two lines were set up, one for take-out and one for those dining in, which helped streamline the operation and kept customers moving through fairly quickly. We arrived right at 4:30, and we were through the line, food in hand, in 15 minutes.

The church had ample parking in its lot, and there was also a decent amount of street parking available on Dougherty Ferry Road. We also appreciated the fact that there was plenty of legible signage directing us where to go, which made navigating the large campus easy. St. Gerard’s fish fry was definitely a delicious and well-run Lenten dining option.