Winter Opera's 'Figaro' Is Musically and Comically Delightful: Opera Review
Share this
1 of 8 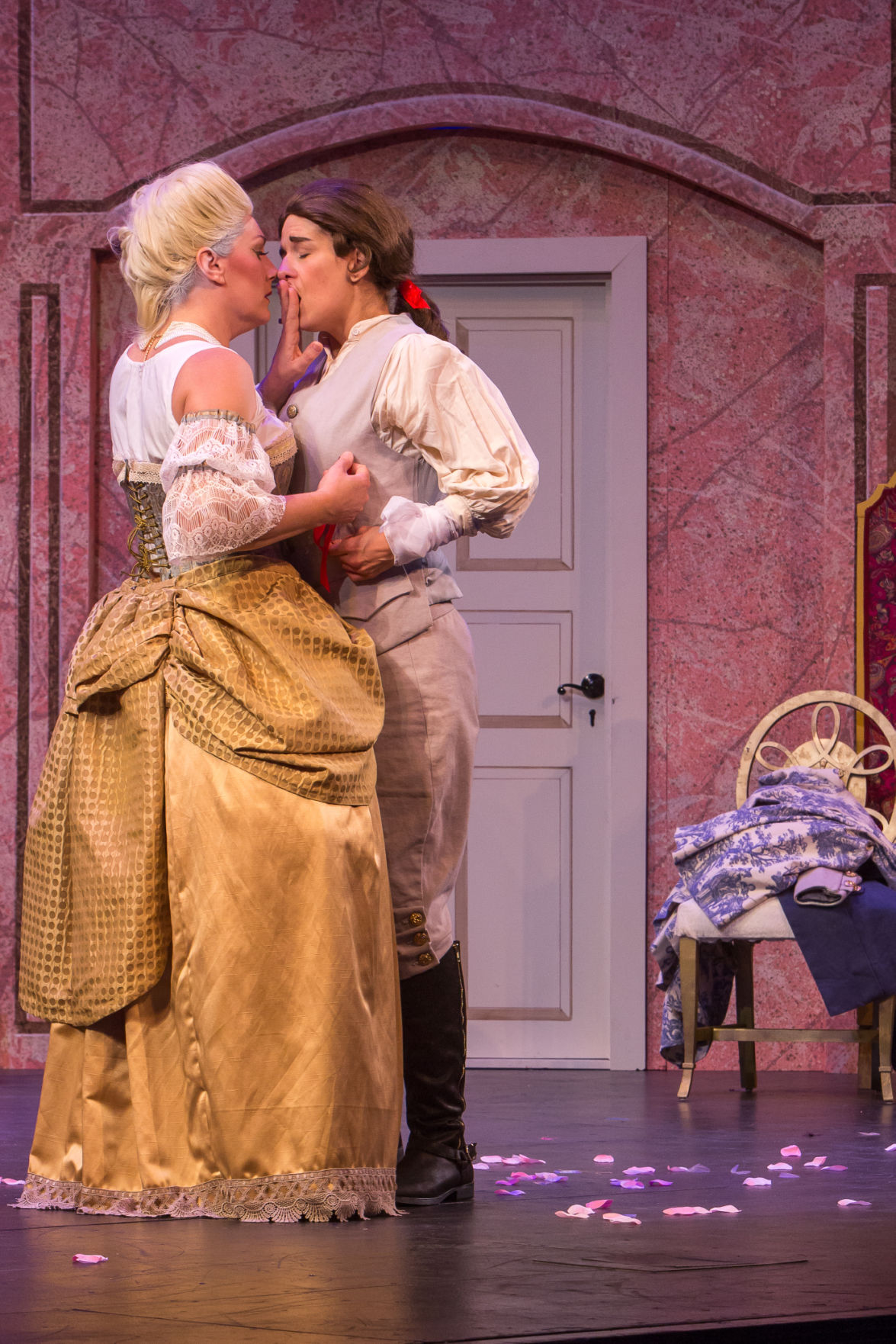 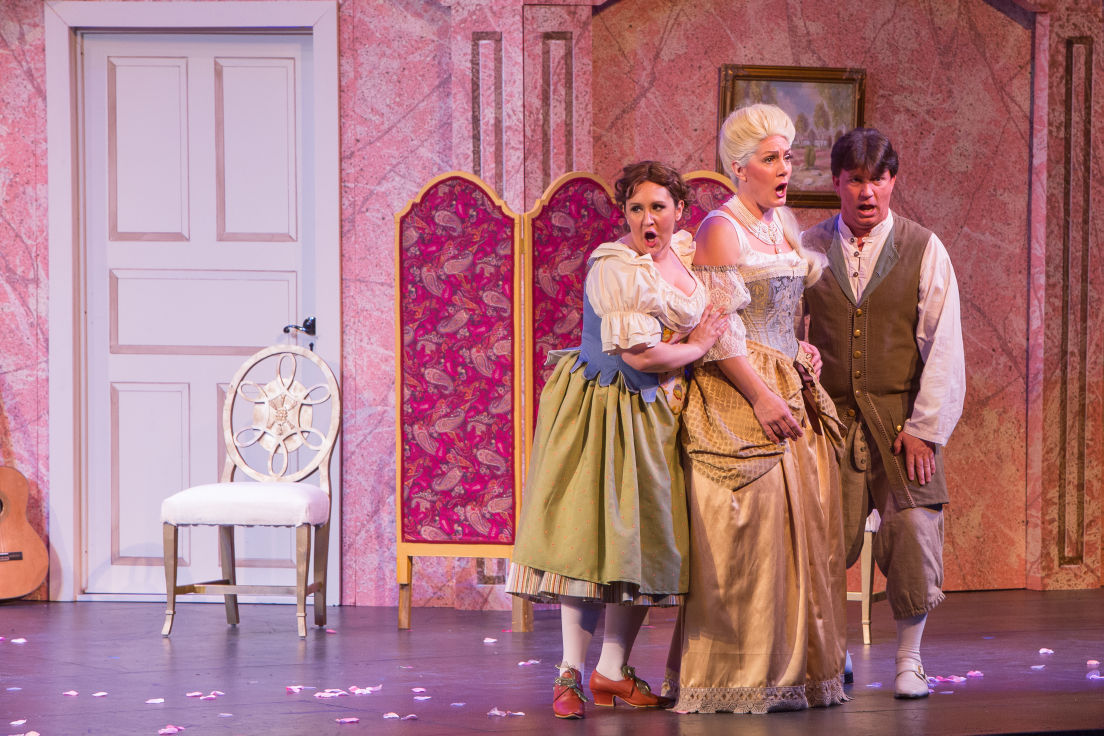 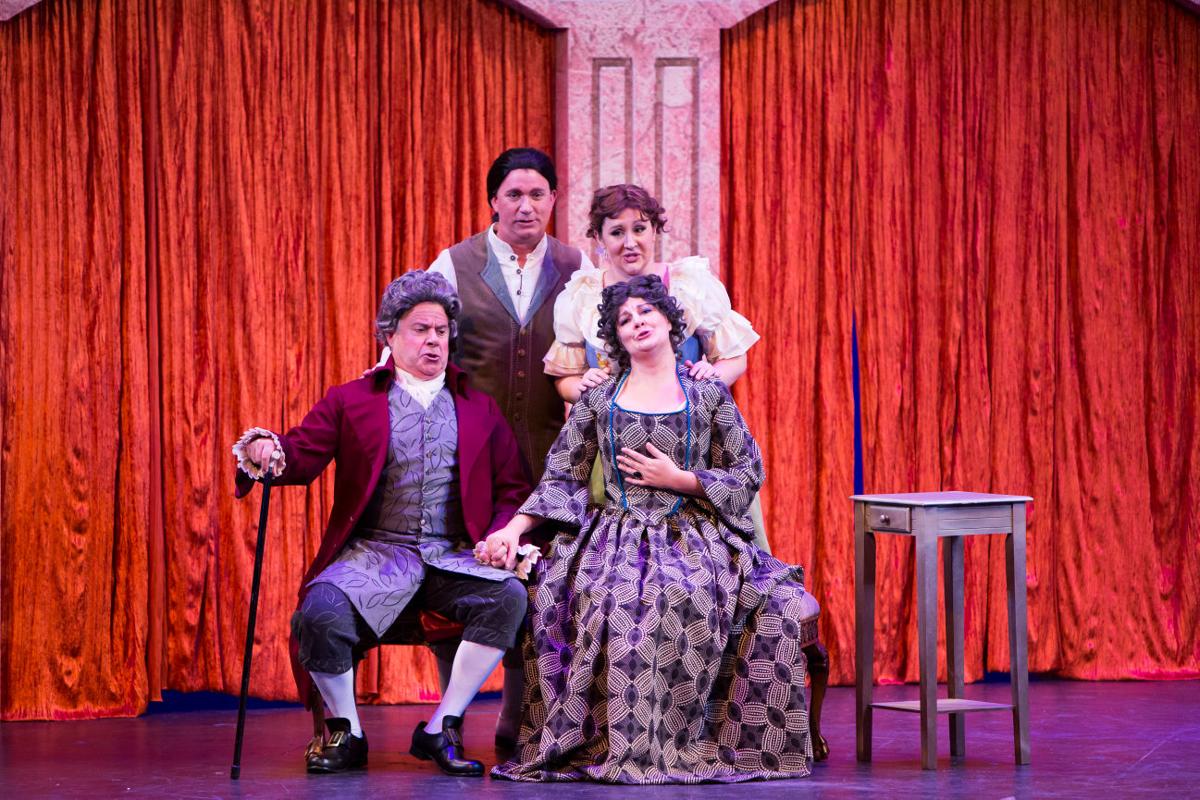 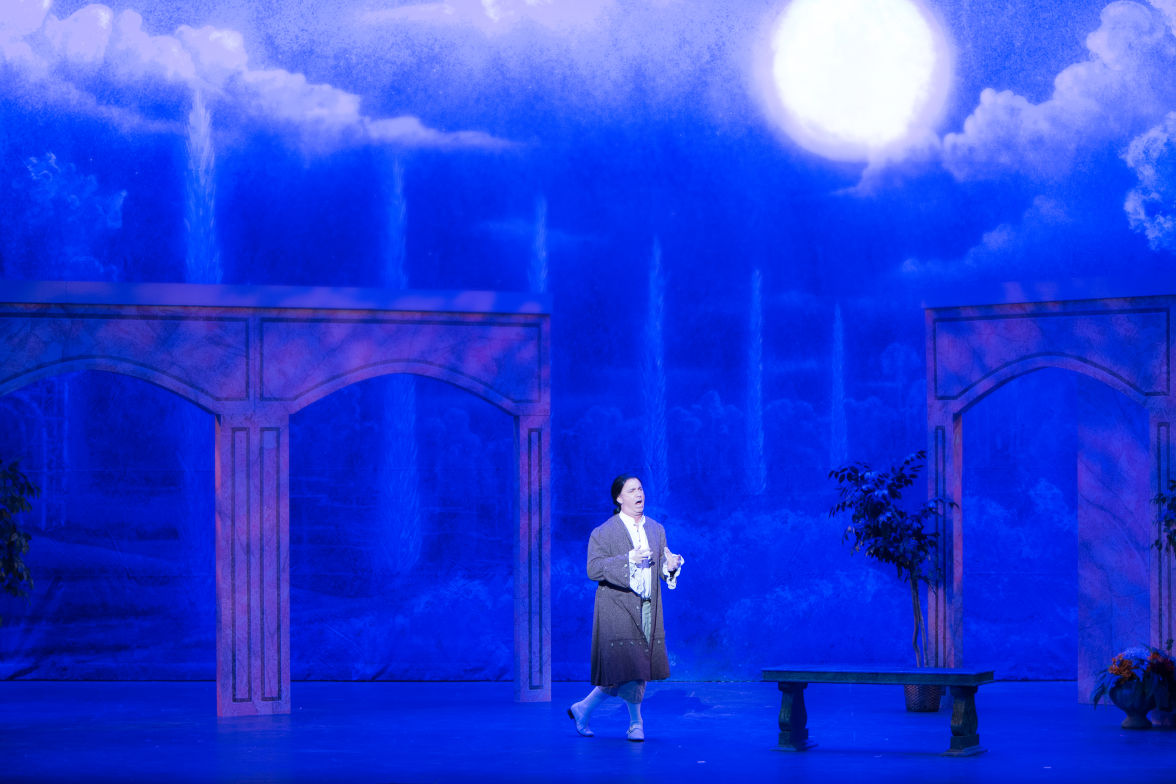 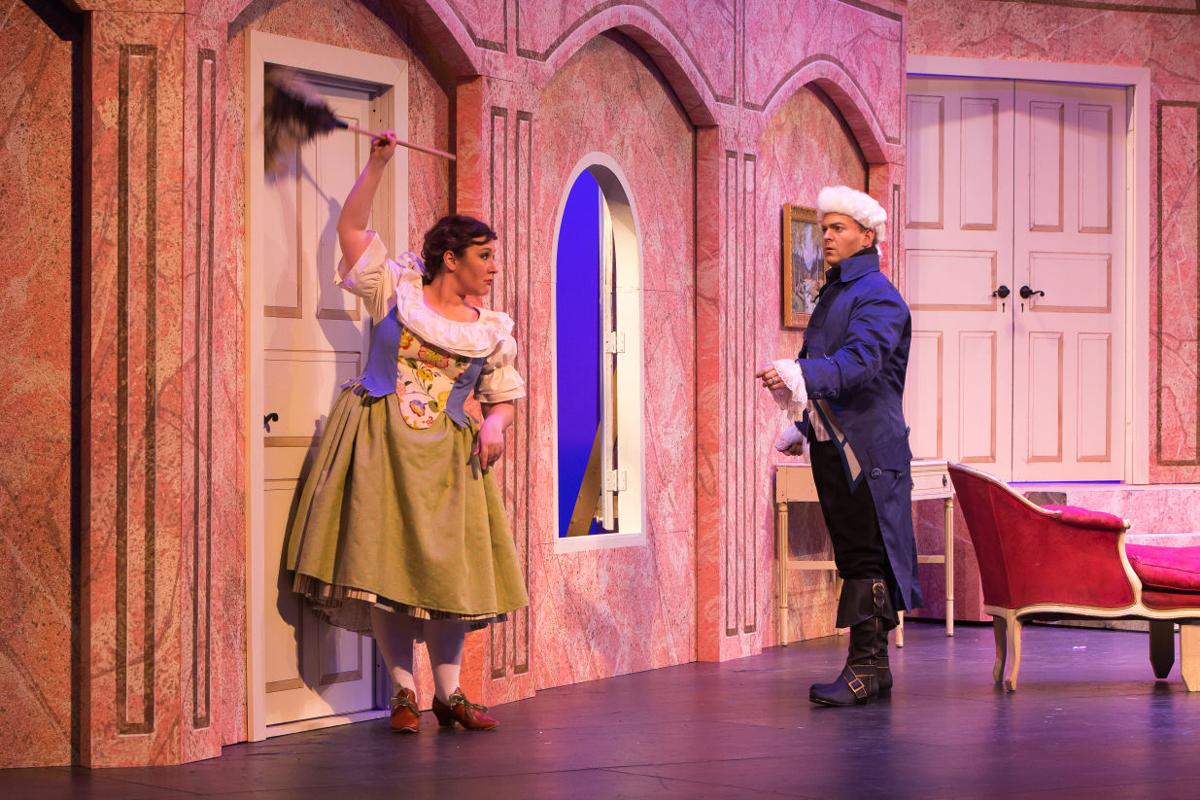 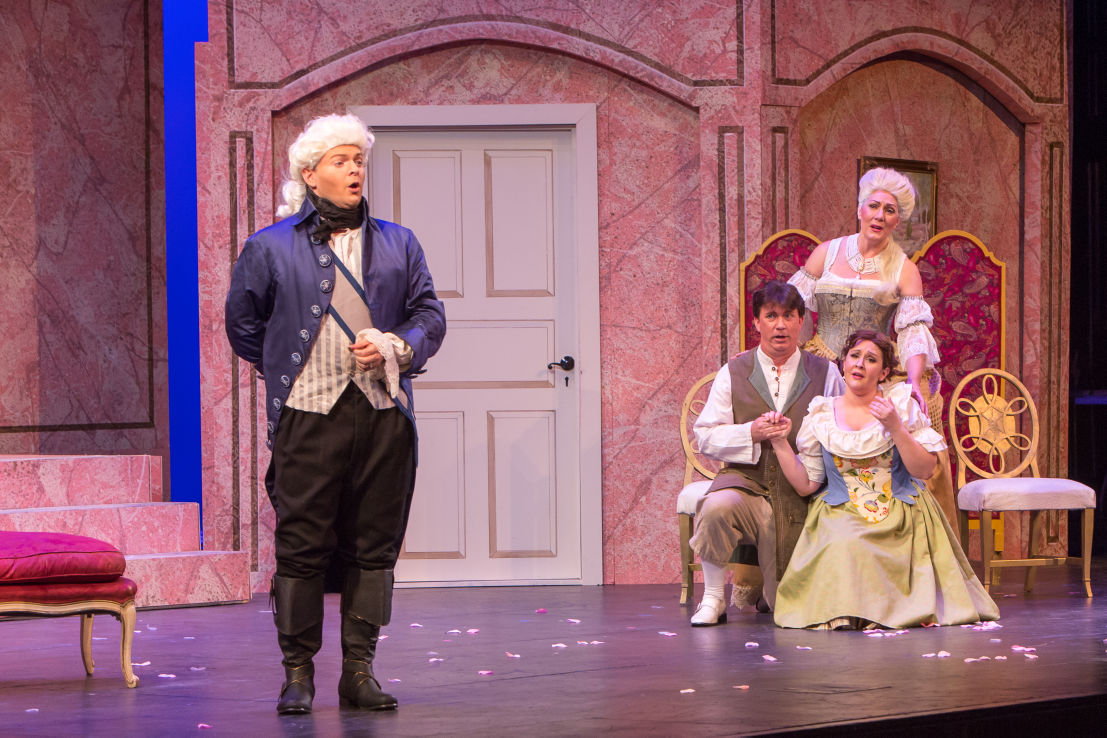 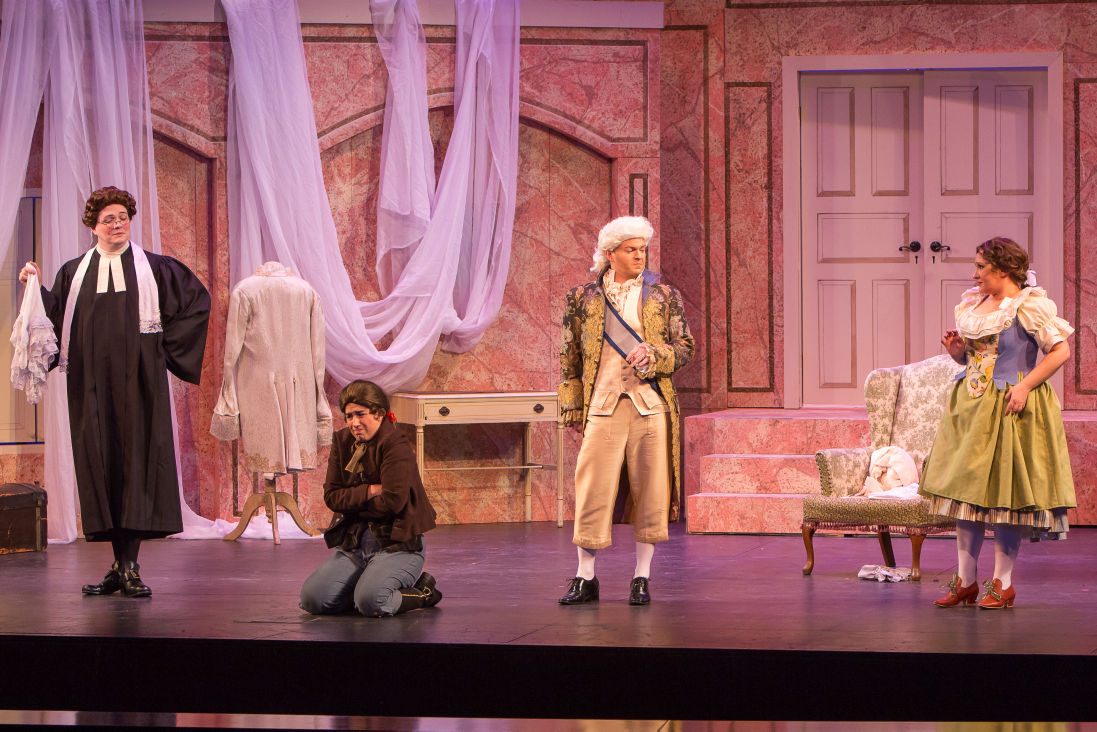 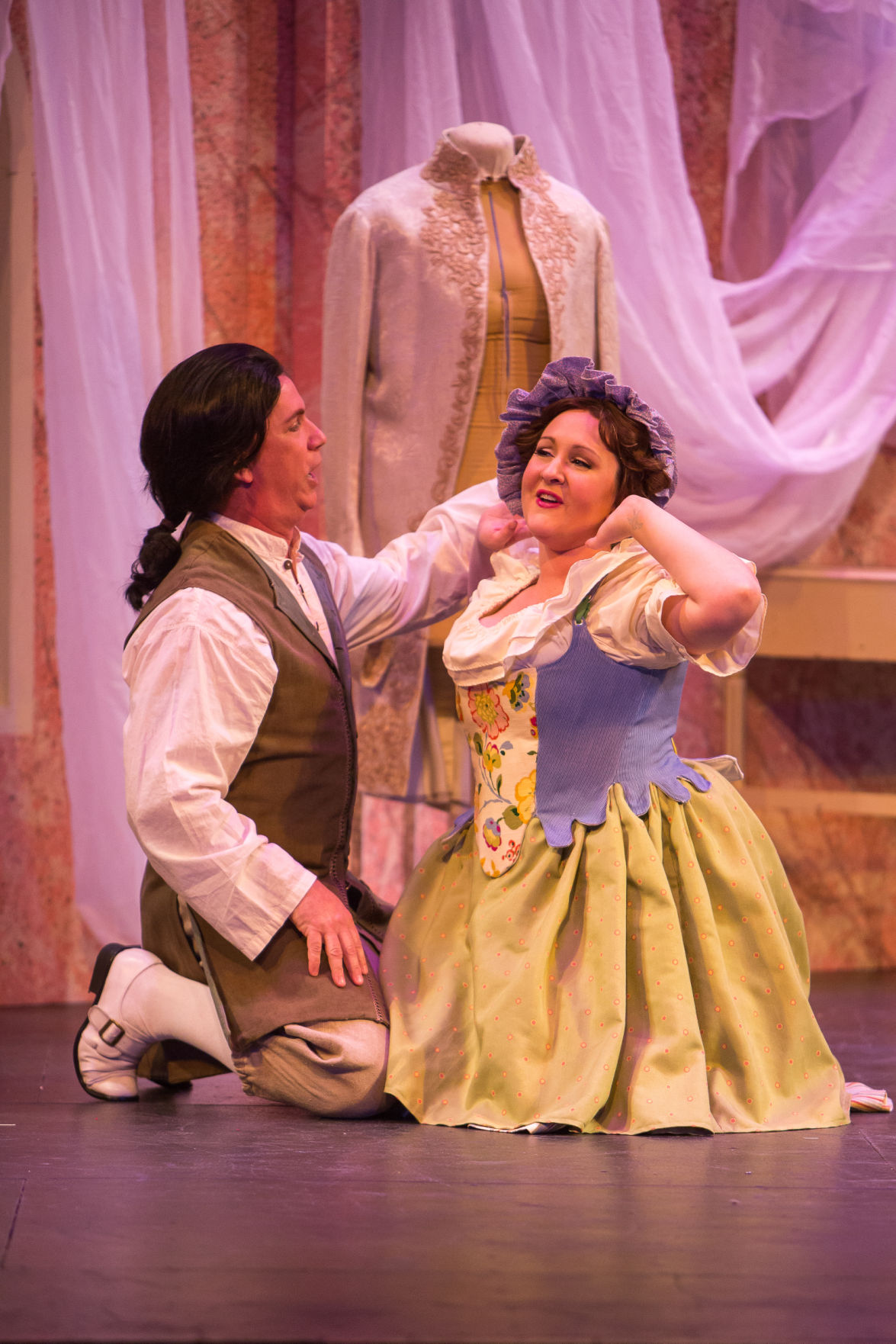 Story: Figaro, valet to Count Almaviva of Seville, is set to marry Susanna, maid to Countess Rosina Almaviva. The womanizing Count, determined to have Susanna, threatens to invoke the “feudal right of the manor,” by which he may take the place of his valet on the latter’s wedding night. This doesn’t set well with either Figaro or Susanna, who make plans to thwart the Count’s efforts.

Meanwhile, Figaro is indebted to an older woman named Marcellina, who wants him to repay her either the original sum or, preferably, by becoming her husband. Her companion, Dr. Bartolo, is seeking revenge against Figaro for dashing his efforts years earlier to marry Rosalina. Also complicating matters is Cherubino, an impetuous young man who has angered the Count by flirting with his gardener Antonio’s daughter Barbarino. Cherubino, though, has told Susanna that he actually loves all women.

Figaro has to figure out how to keep the Count from Susanna, how to repay Marcellina and also avoid the wrath of Bartolo. Susanna needs to keep the Count at bay while helping Rosalina win back the affections of her philandering husband, even as Rosalina resists her own attraction to Cherubino. And Cherbino, who supposedly has been sent off to war by the Count, must keep his presence in the court a secret from Almaviva. Complications, complications.

Highlights: Winter Opera St. Louis begins its eighth season, which will feature four different productions, with a charming, entertaining and nicely polished rendition of Mozart’s opera buffa masterpiece, the company’s initial performance of Figaro. Under the precise direction of John Stephens and Scott Schoonover’s spirited conducting of the orchestra, the talented cast shapes an appealing presentation.

Other Info: Mozart’s four-act opera, with a libretto by Lorenzo Da Ponte based on Pierre Beaumarchais’ play, La folle journee ou le Mariage de Figaro, received its world premiere on May 1, 1786 at Vienna’s Burgtheater. Because of its risqué subject matter, with a variety of trysts and would-be assignations, it required official approval to be performed.

Winter Opera’s version, sung in the original Italian, runs a full three hours, including intermission. It seems to include every note that Mozart composed, even as he frequently repeats lines and situations to ‘pad’ the score. That’s OK, though, because this is funny stuff even today, when we still enjoy seeing pompous and overbearing sorts, such as the Count, given their comeuppance.

Scenic designer Scott Loebl cleverly fills the vast stage at the Skip Viragh Center for Performing Arts with three versions of the same handsome set, one for the two acts in the first half, one for Act III and another for the finale. Each consists of several paneled archways that serve as background for the Count’s luxurious palace.

All are beautifully illuminated by Sean Savoie’s lighting design, most striking in the moonlit finale in the Count’s courtyard. JC Krajicek, assisted by Emma Bruntranger and Emily Montgomery, offers some sumptuous costumes and the too easily discernible wigs.

Wonderful voices are liberally available throughout the performance, enhancing the visual aspects of the presentation. St. Charles native Jane Jennings displays powerful clarity as the regal Rosalina, who somehow loves her husband despite his infidelities, while Katy Lindhart fills Susanna with plenty of spunk and sassiness as well as a fine voice.

Todd William Donovan proves adept at comedy as well as showcasing his own formidable chords, especially in an affecting aria in the courtyard. Chad Armstrong brings plenty of cheekiness and bombast to the role of the superficial Count. Erin Haupt is appealing as the lovelorn Marcellina, humorously playing off Stephen Bryant as the stuffy, scheming Dr. Bartolo.

Cherry Duke is a joy as the amorous if intellectually lightweight Cherubino, especially when ‘hiding’ behind a chair or in a closet to keep out of sight of the Count. Katherine Van Zandt breezily portrays the free-spirited Barbarina and Stephens has fun as her plodding father Antonio. Zachary Devin does well as Basilio, an insufferable music teacher, and Anthony Heinemann adds to the performance as the judge, Don Curzio.

A little pruning of repetitive notes here and there wouldn’t hurt the pacing of this performance. For the most part, though, Winter Opera has scored a success with its first presentation of Mozart’s timelessly entertaining opera.

Opera: The Marriage of Figaro