Un Ballo in Maschera: Opera Review
Share this
1 of 2 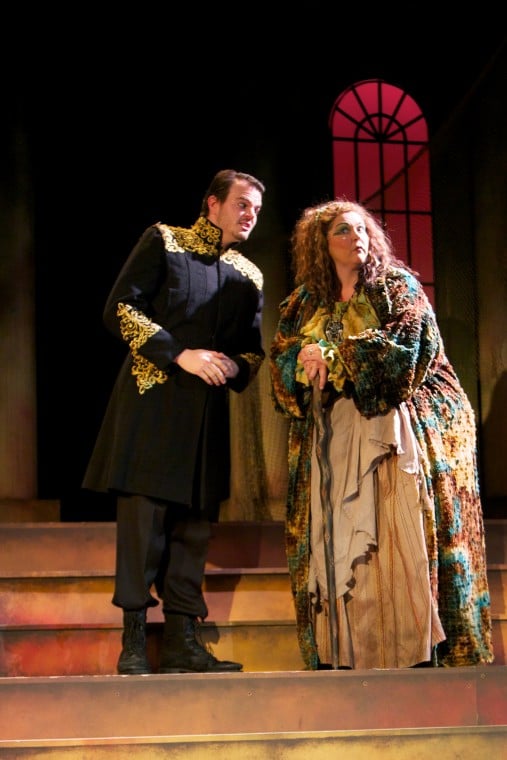 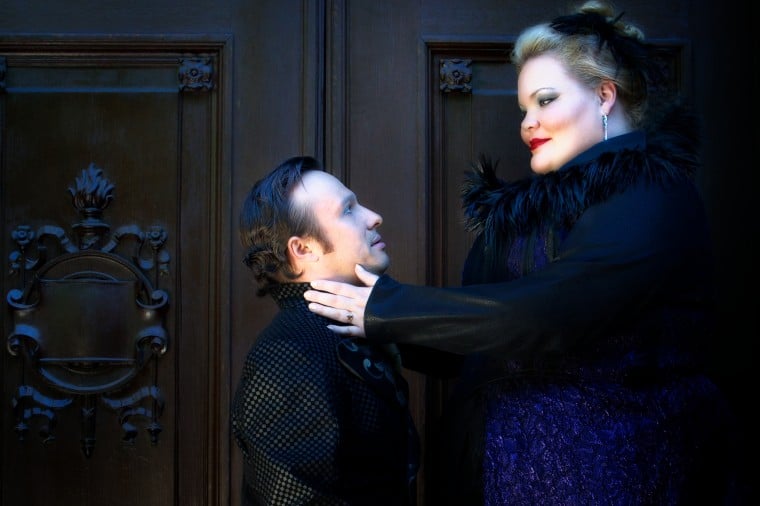 Story: Riccardo, Count of Warwick and Governor of Boston in the late 17th century, is secretly in love with Amelia, wife of his secretary, best friend and confidant Renato. So, the governor is delighted when he learns that Amelia’s name is on the guest list for an upcoming masked ball. When Renato tells him about a conspiracy to have him murdered, Riccardo dismisses the danger. Instead, he decides to follow up on information obtained by his page Oscar and pay a visit incognito to a fortune teller named Ulrica, who has been condemned to death.

Eventually Riccardo reveals his identity to Ulrica, who warns him that he will be killed by the first person who shakes his hand. Unimpressed, Riccardo greets the arriving Renato with a handshake. Later, Riccardo meets up with Amelia and tells her of his decision to break off their romance. When Renato comes upon the two of them, he assumes they are involved in an affair and vows at first to kill Amelia, but then changes his mind and decides to murder Riccardo instead. He then meets with conspirators Tom and Samuel and tells them the killing will take place at the governor’s masked ball, where Riccardo bravely awaits his fate.

Highlights: Un Ballo in Maschera, with music by Giuseppe Verdi and a libretto by Antonio Somma, premiered in Rome in 1869 to immediate success. However, Verdi was forced to change the locale of the tale from Europe to colonial America to appease censors who feared any reference to political assassination of a European leader.

Union Avenue Opera’s artistic director Scott Schoonover elicits a handsome rendering of Verdi’s intricate and intriguing score from his Union Avenue orchestra. The orchestra’s rich and resonant sound supports fine singing by the show’s primary performers, most notably Andrew Cummings, whose powerful baritone as Renato provides this production with its most glorious moments.

Other Info: Somma based his libretto on Gustave III, a drama written in 1833 by French playwright Eugene Scribe about the historical assassination of King Gustav III of Sweden by conspirators. Various versions of Un Ballo in Maschera are performed with settings in Sweden as well as Boston, since the former was the original setting envisioned by Somma and Verdi.

In any event, the Boston locale utilized in Union Avenue’s presentation rarely seems genuine or engaging for a work that has a distinctly European flavor. Stage director Mark James Meier elicits a number of sound interpretations of Verdi’s sumptuous arias by his talented cast, but the production as a whole can’t compensate for its curious locale, resulting in a beautiful but unconvincing piece.

Cummings is a commanding presence in the production, much more so than Emanuel-Cristian Caraman’s noble but muffled Riccardo. Caraman’s tenor is a reliable instrument for showcasing his abilities, but his acting rarely evokes a man of power and prestige, as one might think a colonial governor should be.

Springfield, Illinois native Courtney Mills has a lush and luxurious voice that strongly shapes Amelia’s character, but there doesn’t appear to be much chemistry between her and Caraman’s Riccardo. Conversely, Rachael Holzhausen adds a delightful spark to the proceedings as the sprightly page Oscar, bringing vibrancy and exhilaration to her too few scenes.

Denise Knowlton is convincing in both her singing and acting as the mysterious conjurer Ulrica, while Todd von Felker and David Dillard capably portray the like-minded conspirators Samuel and Tom, respectively. Tom Sitzler is entertaining as the sailor Silvano, who unexpectedly comes into good fortune thanks to the intercession of the disguised Riccardo. Jon Garrett does well as the judge, while Anthony Heinemann is effective as Amelia’s servant.

Patrick Huber’s scenic and lighting designs enhance the moodiness and dark nature of Somma’s libretto, with a royal palace bathed in crimson hues, while the lavish and ornate period costumes are most effectively conveyed in Teresa Doggett’s elegant costume design. The most useful supertitles transposed above the set on either side of the stage are courtesy of Elise LaBarge.

In summary, this version of Un Ballo in Maschera is notable for the evocative playing of Verdi’s superior score as interpreted by Schoonover and the orchestra. That music, despite the production’s deficiencies, is more than sufficient to make for a pleasant performance.