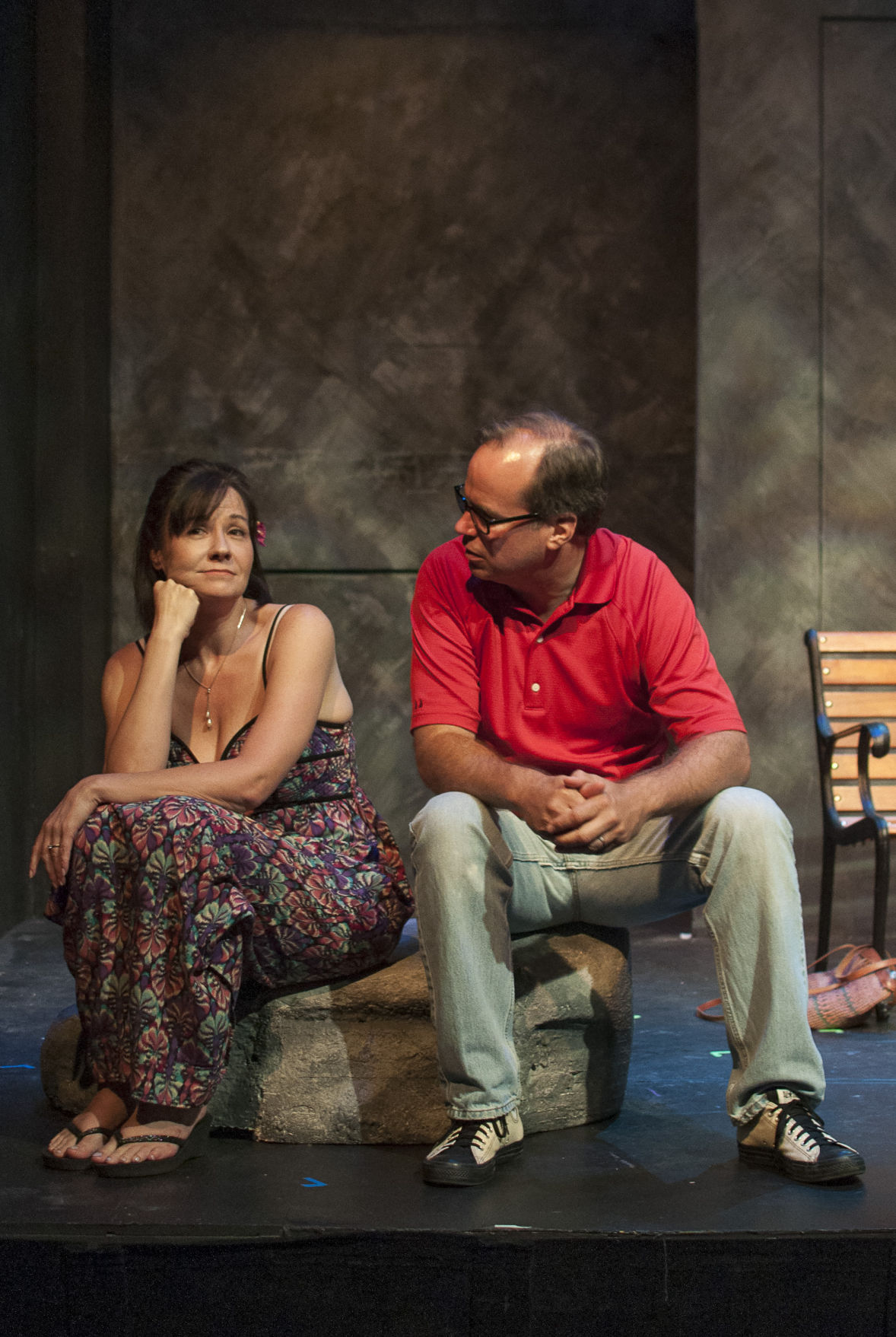 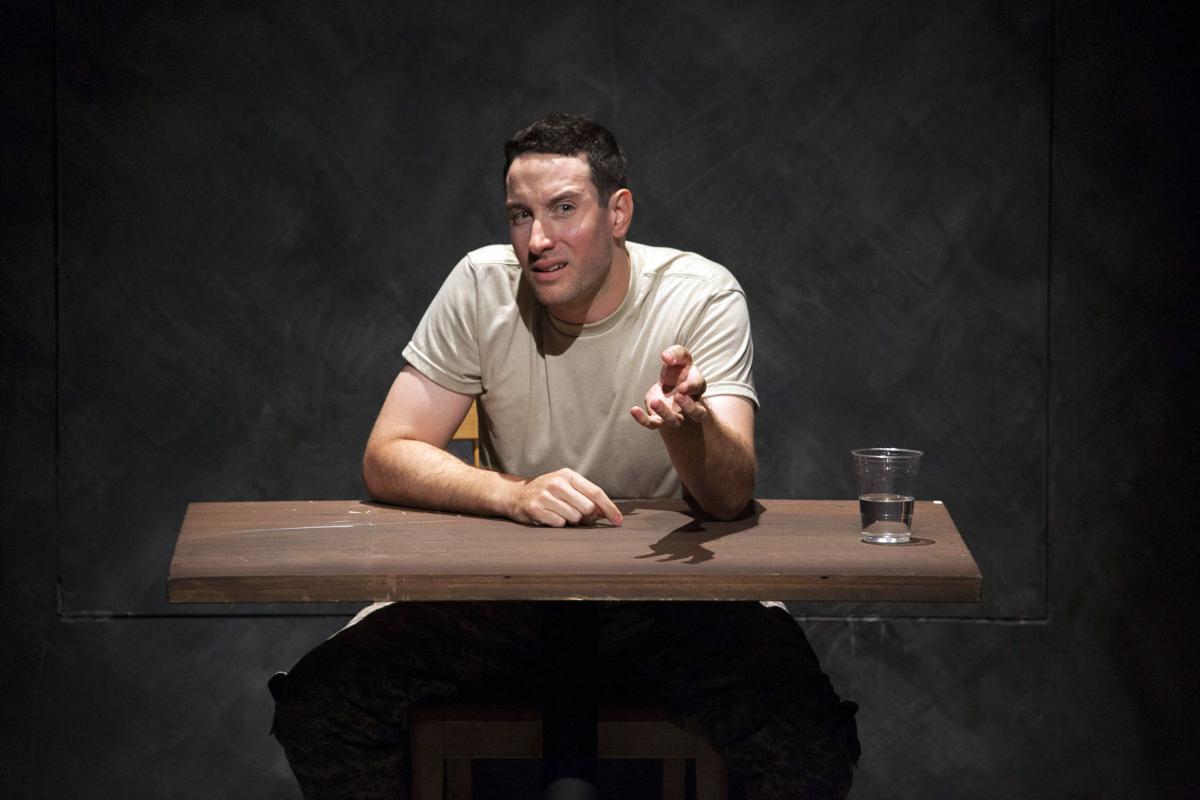 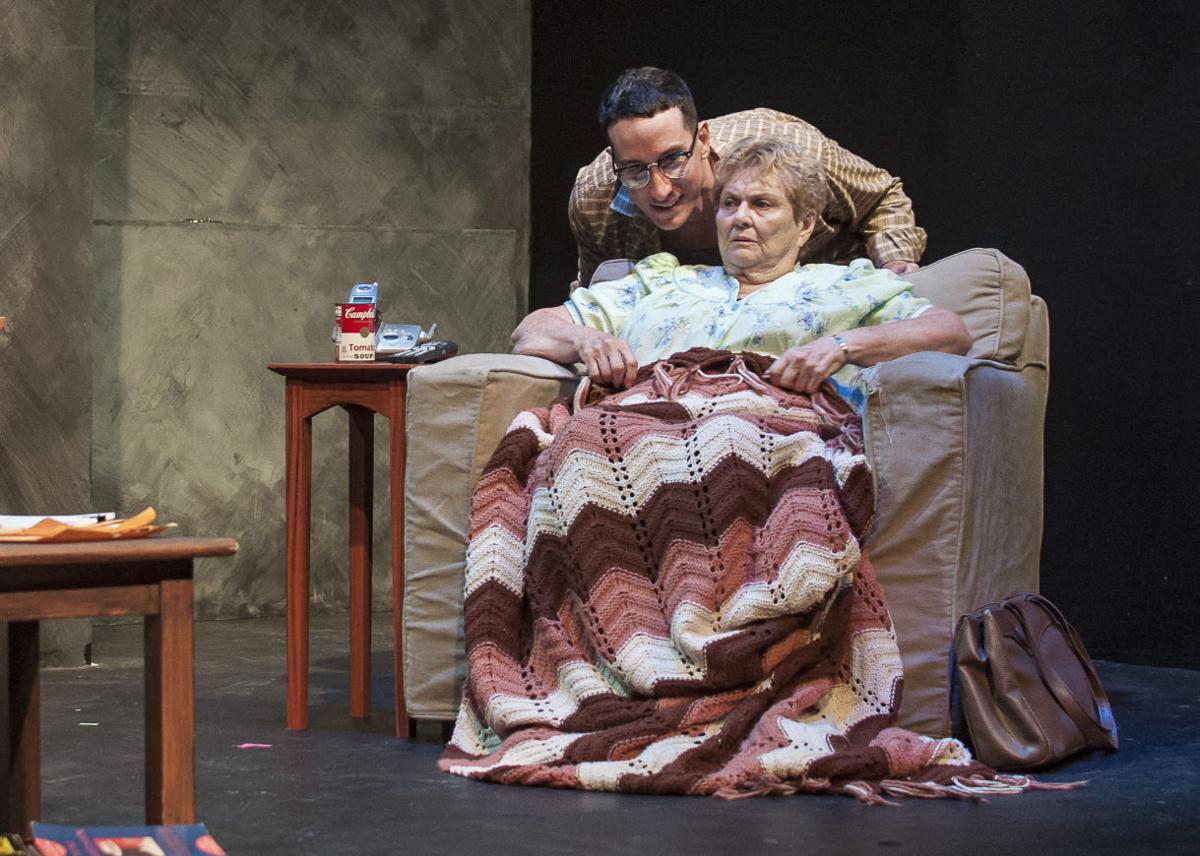 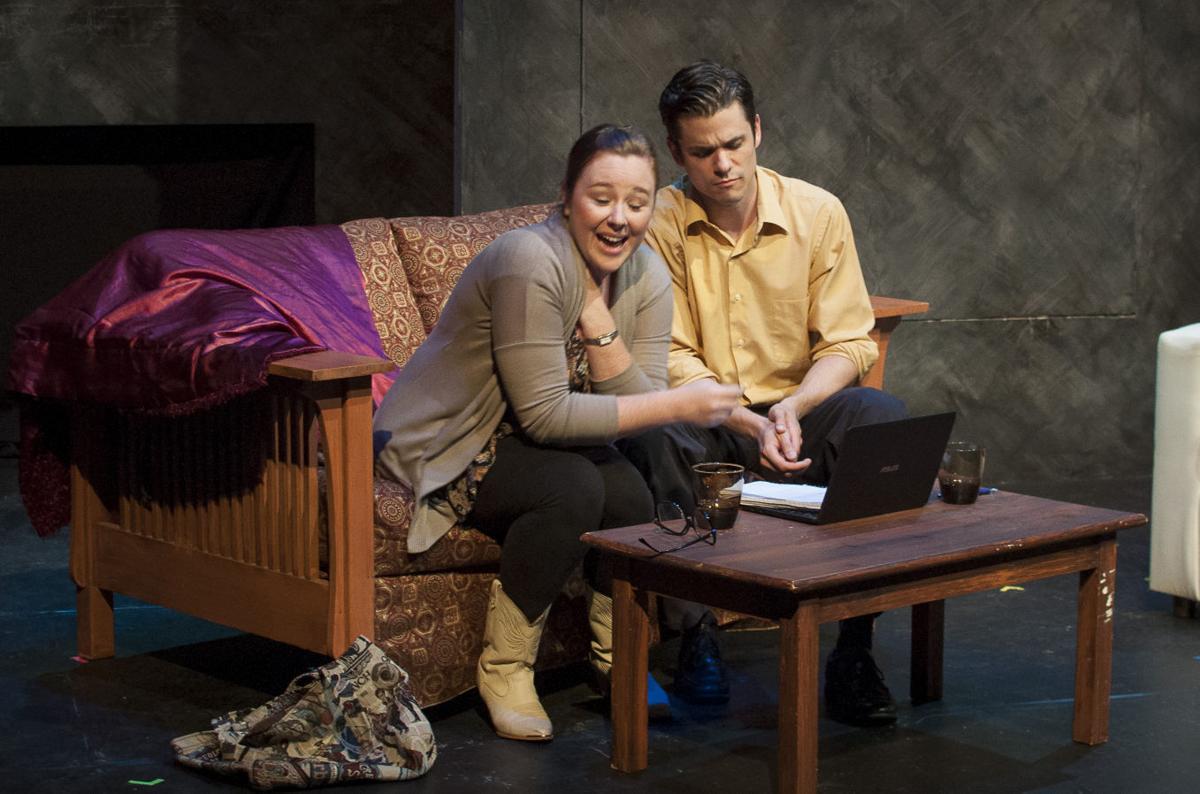 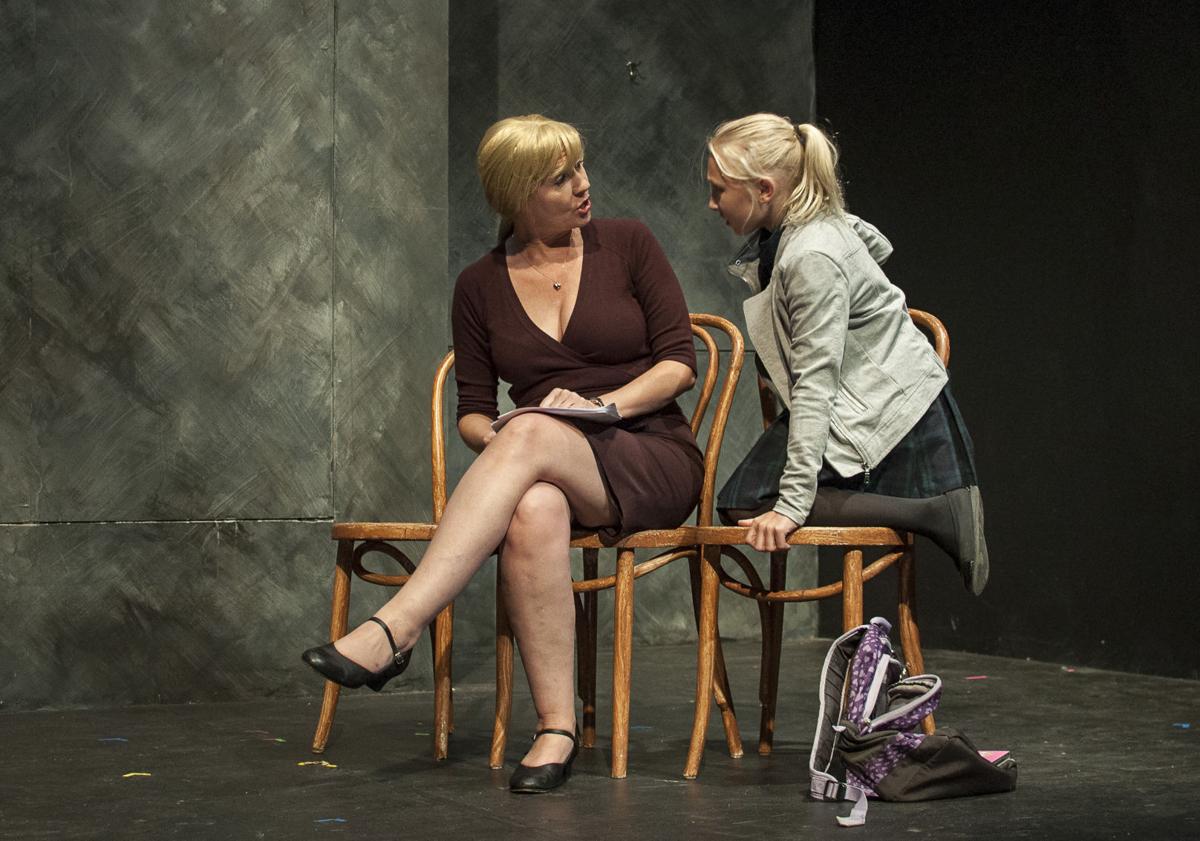 Story: The third annual LaBute New Theater Festival continues at the Gaslight Theater with a second edition of new plays for the third and fourth weekends of its run. The five works showcased in Part II are Homebody by Gabe McKinley, Pitch by Theresa Masters and Marc Pruter, Deirdre Dear by Norman Young, There You Are by Fran Dorf and Kandahar by Neil LaBute. The latter effort also was included in Part I of this year’s festival.

Highlights: As was the case with the first part of the 2015 LaBute New Theater Festival, the plays selected seem to indicate in general, albeit not in every case, an upgrade in quality from the first two years. Like Part I, the best of the five works in Part II is LaBute’s riveting drama, Kandahar, although a number of other plays provide plenty of rumination in their own right, much to the audience’s benefit.

Other Info: With nearly 300 submissions from playwrights around the country and throughout the world, St. Louis Actors’ Studio founder and artistic director William Roth and his selection team colleagues have tapped into a reservoir of talent and ambition.

Interestingly, all but LaBute’s piece in Part II focus on writers or performers to some extent. Additionally, nearly half the stories this year deal with the lingering effects of an unseen and unloved father. Hopefully that’s all fiction, but it does give one pause to ponder.

Kandahar, LaBute’s harrowing tale of a soldier returned stateside from Afghanistan who is being interrogated by unseen Army officers, is every bit as excellent the second time around as it was in its Part I presentation. Michael Hogan expertly crafts his depiction of a military man who sounds quite lucid even as he recounts his horrific actions. Director John Pierson keeps the story centered on Hogan’s dialogue and mannerisms in this chilling, one-character play.

Hogan also excels in Homebody as an adult writer who has yet to be published and in his poverty-stricken condition is forced to live with his carping mother. Donna Weinsting is outstanding as she alternately berates her son for being a “failure” and then just as easily praises him for his brilliance when she’s not begging him to fix her a sandwich or a cup of tea.

Under Patrick Huber’s careful direction, the two accomplished performers parry and thrust as a pair of misfits who need each other despite their mutual cruelty. When the son finally gets an encouraging letter and subsequent meeting with a publisher about one of his novels, playwright McKinley inserts a clever little twist that serves as a fitting climax for his macabre tale.

B. Weller and Jenny Smith are delightful in Dorf’s There You Are as a pair of writers attending a workshop to improve their skills. He’s a professor of English literature and creative writing at a university, she’s a nurse with a flair for telling her own story and the two of them share a growing attraction that goes beyond the common interest in their craft.

Christopher Limber’s direction maintains the steady flow of the dialogue and adds some nice touches with blocking and the positioning of his two performers that heighten the poignancy of their scenes.

There’s a sense of real romance here, notwithstanding the marital status of both characters, and a natural bond that stirs one’s feelings that the two make what they can of their moment. Both Weller and Smith shine in conveying repressed thoughts and emotions as their characters open themselves past their vulnerability to lasting possibilities.

Pitch features an odd couple of a writing pair, the practical Trina and her compulsive partner Matt. While she is all business as they meet for their weekly creative session of ideas and writing scripts for potential sale, he’s sidetracked by his infatuation with a young woman who’s recently turned his head and his heart in her direction.

Paul Cereghino utilizes every square inch of space on the modest Gaslight Theater stage as Matt rhapsodizes about the exhilaration he feels with his new girlfriend, while Stephanie Benware keeps Trina’s body, thoughts and emotions firmly entrenched on Matt’s sofa. As their story unfolds, Trina’s character remains consistent and the more real of the two, while Matt’s changes seem more forced than fluid in the script. Weller’s direction allows both players to express their characters fully and invest themselves in Masters and Pruter’s yarn.

Least successful of the efforts in Part II is Deirdre Dear, which examines the fragile emotions and halting expectations of a middle-age actress (Smith) who is venturing back into performing following her divorce.

With the encouragement of her precocious daughter (Maya Dickinson), she takes on the artificial friendliness of a young competitor (Alicia Smith), the indifference of a casting assistant (Rhyan Robinson) and the occasionally hostile and chilly response of the writer/director (Benware) interviewing actresses auditioning for parts. Huber provides direction, but the story meanders and then falls unsatisfactorily flat in its denouement.

Huber’s simple set design incorporates a gray background that keeps attention on the characters in these varied stories, with lighting by Huber and Dalton Robison. Carla Landis Evans provides costumes as well as props to augment the action.

While it’s a mixed bag overall, there’s plenty to appreciate and explore in Part II of the 2015 LaBute New Theater Festival.