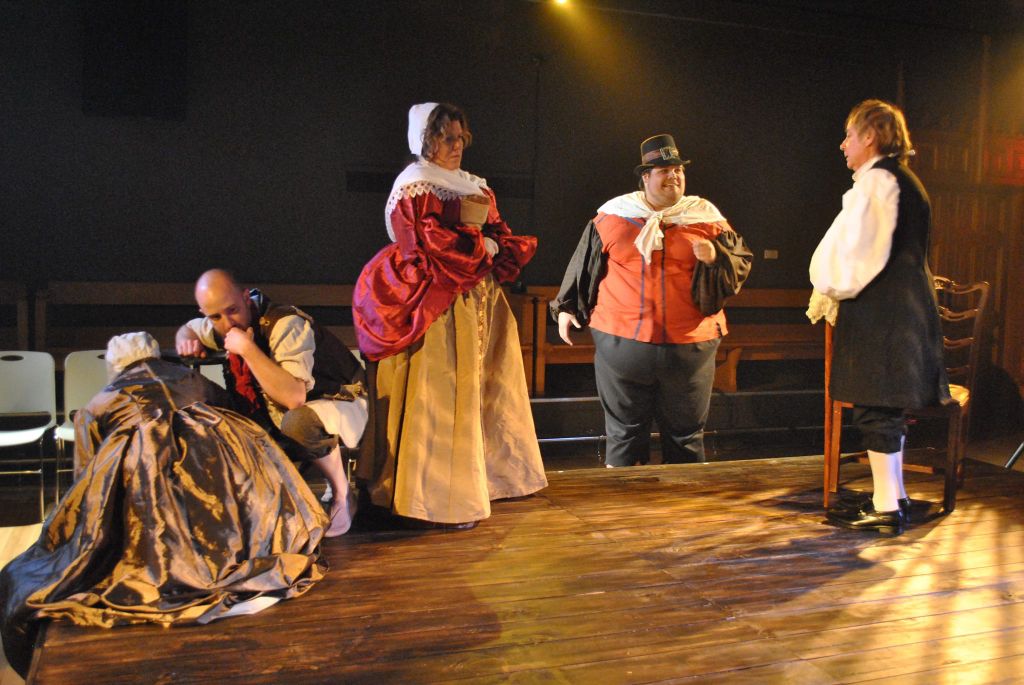 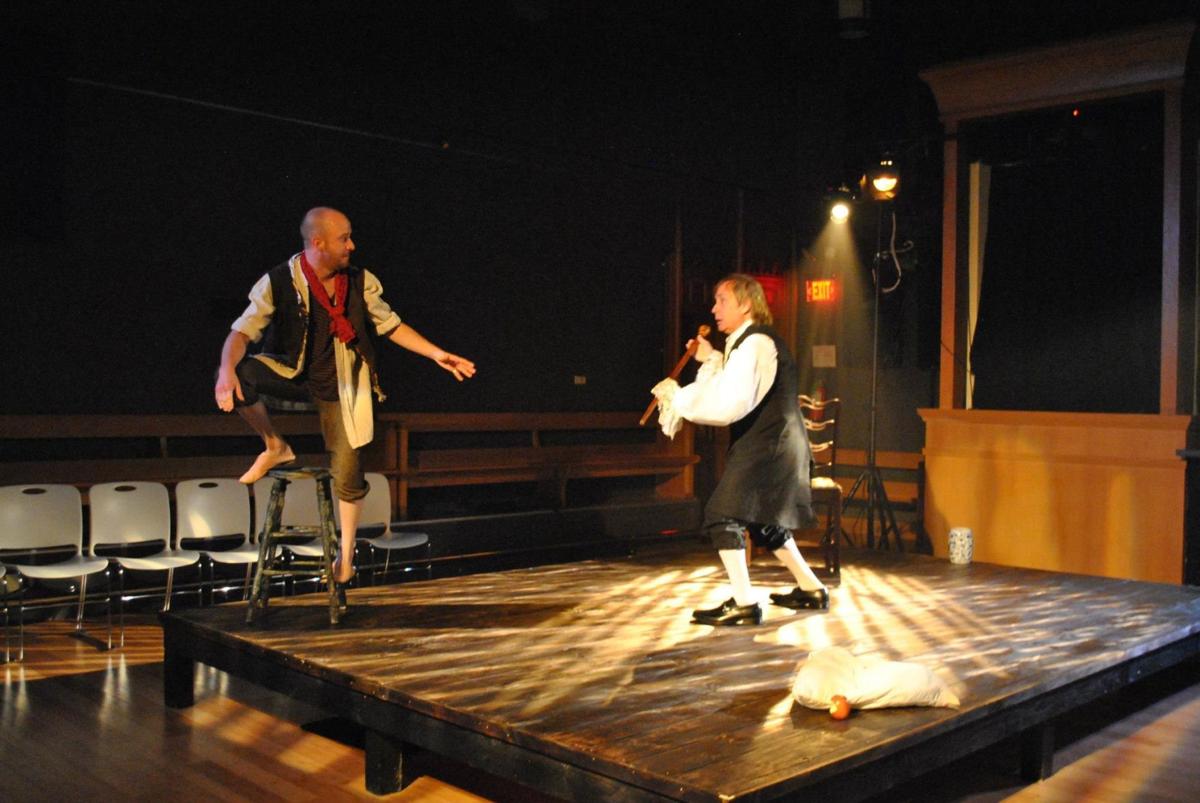 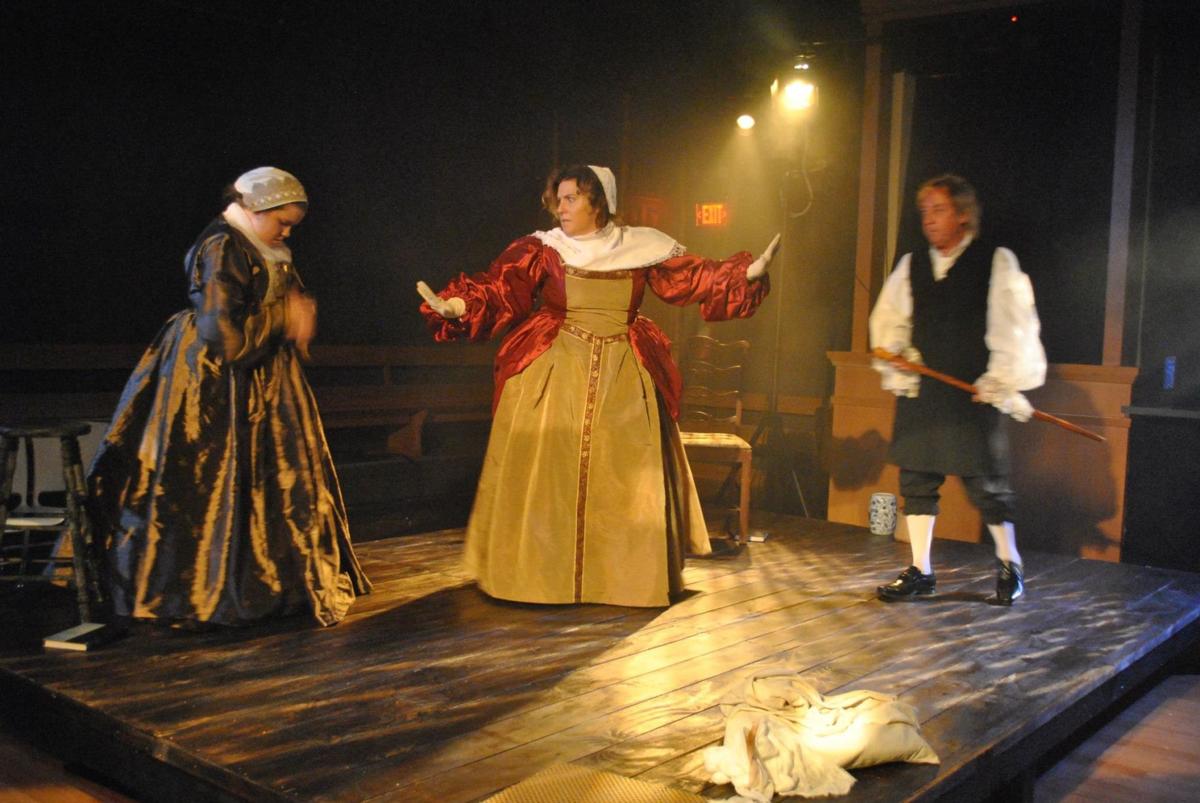 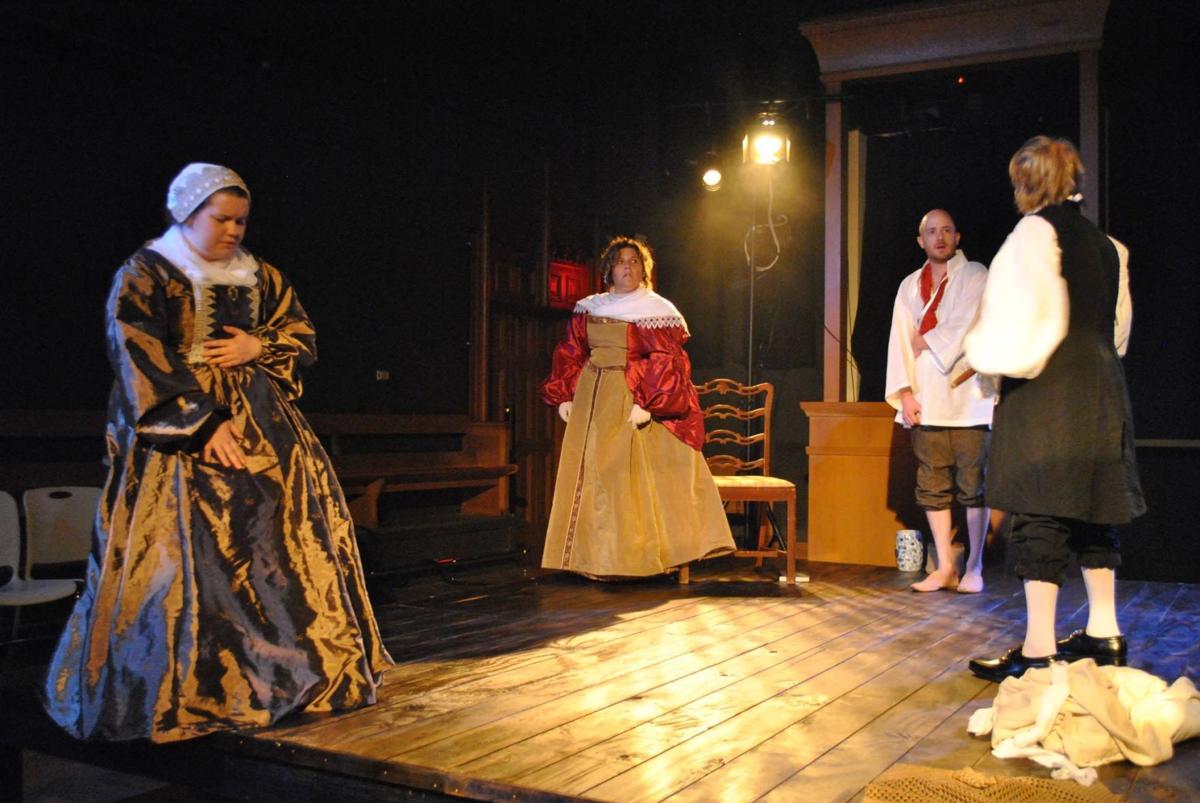 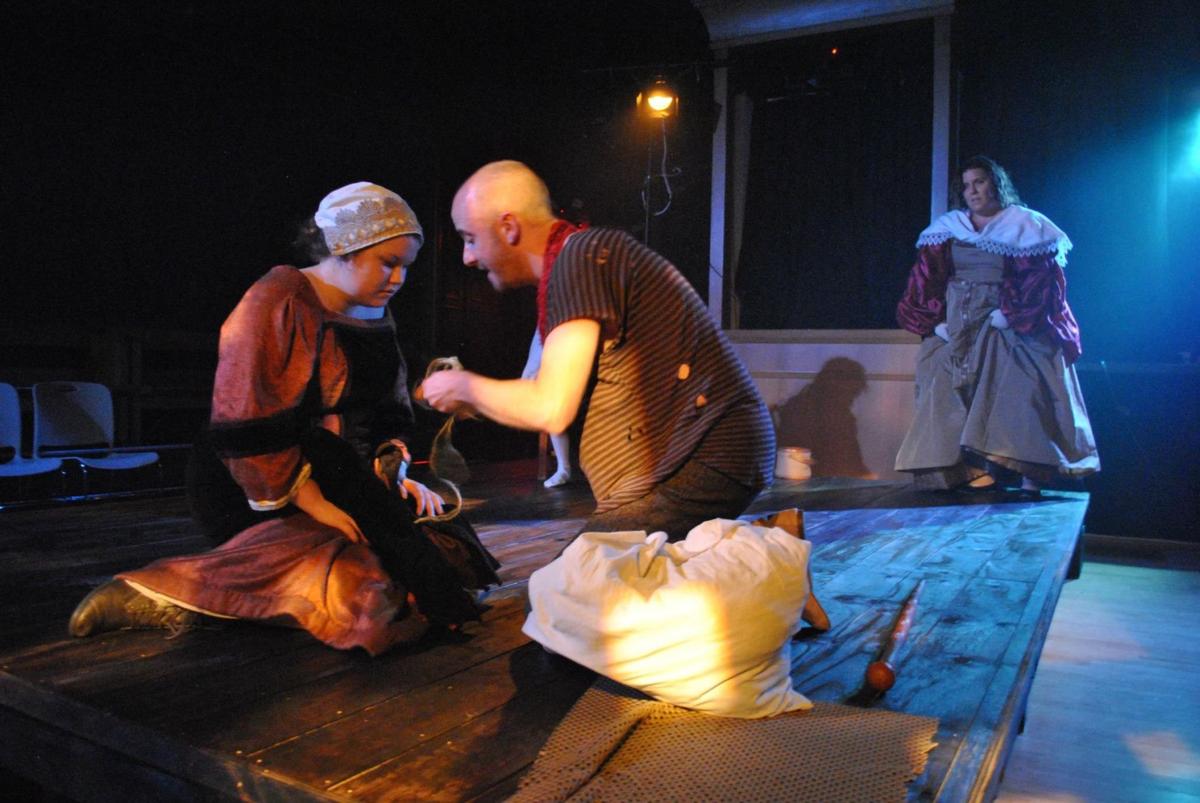 Story: A wealthy couple attempts to escape London during the devastating plague of the 17th century when their home is invaded by a sailor and a young girl desperate to get off the streets. The arrival of the intruders results in an automatic, 28-day quarantine of the Snelgrave residence by Kabe, whose orders from the authorities are to ensure that the infected don’t mingle with other citizens in a hopeless attempt to minimize widespread death from the disease.

At first surly about the arrival of these strangers, eventually Snelgrave and his wife Darcy become more inquisitive, not only about Bunce the sailor and the young Morse but also what they represent in the nether reaches of society, about which the well-to-do and reluctant hosts know little but yearn to learn more. It soon becomes apparent that the plague may not be the only deadly virus infecting this house of agony and unhappiness.

Highlights: Written by Kentucky native Naomi Wallace, this fascinating, two-act drama premiered in London in 1995 and then was presented in Louisville at the Humana Festival of New American Plays in 1996, going on to win the Obie Award for Best Play off-Broadway in 1997. As part of its “Season of Mistaken Identity,” Slightly Askew Theatre Ensemble currently offers a brilliant interpretation for the St. Louis premiere of this powerful and poignant story about the dangers that wreak ruin not only on the human body but its fragile psyche as well.

Other Info: Wallace takes her title from a poem by English writer John Donne titled The Flea, in which the poet attempts to override any moral scruples posited by a woman withstanding a man’s sexual advances by inferring that their blood would commingle naturally if both were bitten by a flea, and that killing the insect would then amount to triple murder.

A rather cunning entreaty by the poet is that verse. Wallace shows herself to be quite a stunning writer in her own times with this nifty tale that is superbly constructed and impeccably performed by the SATE ensemble under the precise and meticulous direction of Ellie Schwetye.

The presentation’s sole weakness is the muted delivery of Morse’s lines by Hannah Ryan. Clearly, from her movements and her soulful, intelligent expressions, the young woman already is an accomplished actress. However, it is to be hoped that her adult colleagues will coax her in how to project her voice in the cozy Chapel confines. On opening night too much of what she recited simply could not be clearly heard. It’s a problem that can easily be rectified.

One Flea Spare offers an excellent example of exemplary ensemble acting, demonstrating how a modestly-sized company such as SATE can deliver a large wallop of powerful drama in richly satisfying fashion. The company makes judicious use of the minimalist set designed by Schwetye and Bess Moynihan, superbly accentuated by Moynihan’s judicious lighting and well-suited props provided by Rachel Tibbetts.

Add Kareem Deanes’ affecting sound design and costumes from designer Elizabeth Henning, which pinpoint not only the era but the class structure of that time, to complete a technical design that beautifully supports this haunting and challenging tale.

There is wonderful work throughout the presentation from each of the players. Andrew Kuhlman masterfully conveys the cynicism and the desperate debauchery of the venal government official Kabe. Young Hannah Ryan is quite effective portraying the wise-beyond-her-years Morse, a 12-year-old who likely already has lived most of her short life in the disease-ravaged city, but one who shows admirable restraint against fear in confronting the punitive aristocrats she meets.

Ryan’s real-life mother, Kelley Weber, etches an achingly poignant portrayal of a ‘lady’ who is spurned by her callous husband after a freak accident and who covers her wounds as carefully as she conceals her unhappiness and shame at her treatment. Seeing her rally to the kindness of the sailor Bunce is an achingly tender element of Wallace’s play.

Charlie Barron and Joe Hanrahan are equally engaging, respectively, as the live-and-let-live sailor, tired of his endless conscription into His Majesty’s Navy, and the self-righteous Snelgrave, who professes often that he is “not a cruel man,” though his actions indicate otherwise. The sailor lives with a perpetually bleeding sore that perhaps symbolically represents the crass treatment of the lower classes.

It’s a theatrical treat to watch Hanrahan fill Snelgrave with lechery and decadence as he inquires about Bunce’s methods of sexual relief while at sea, as well as how Barron’s Bunce casually responds to his surly host’s rude requests.

One Flea Spare is a brilliantly conceived and written play given a first-rate rendition by the cast and technical crew in this arresting and provocative SATE production. It’s an excellent example of how less can be more.