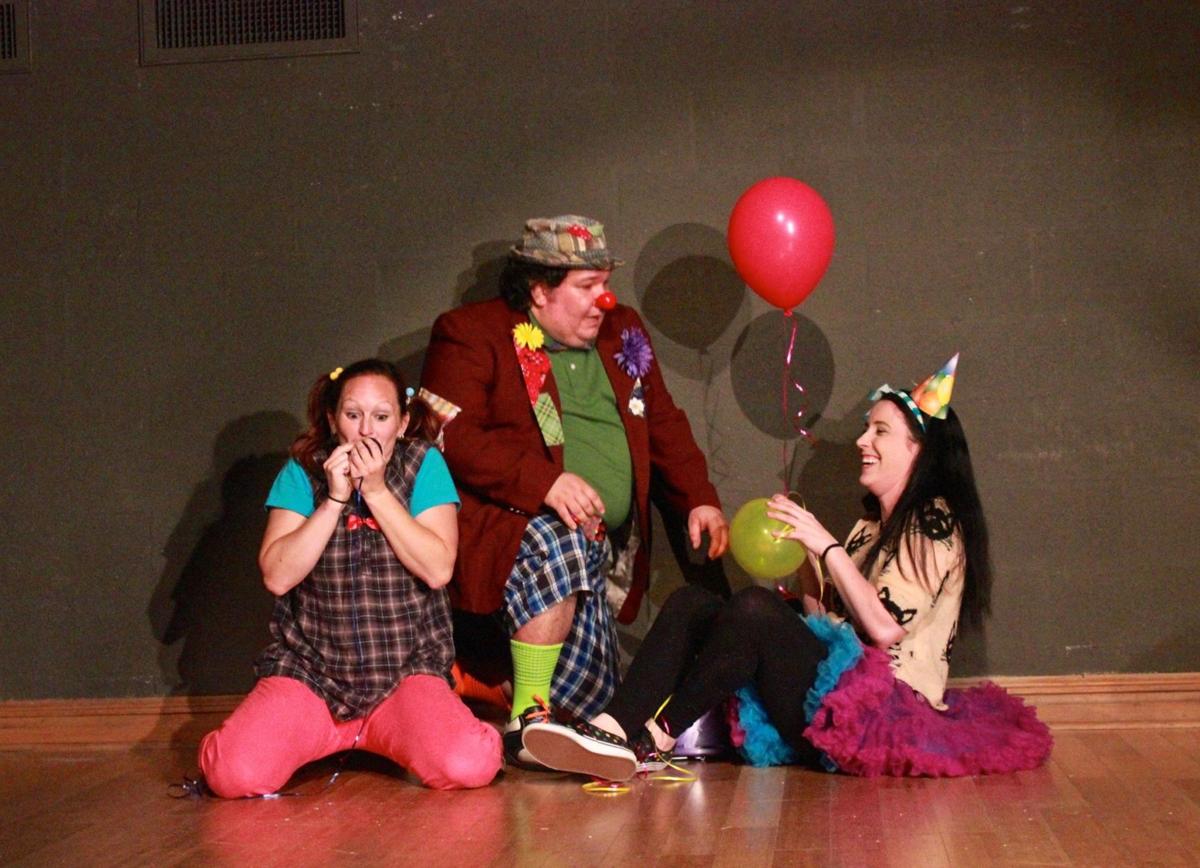 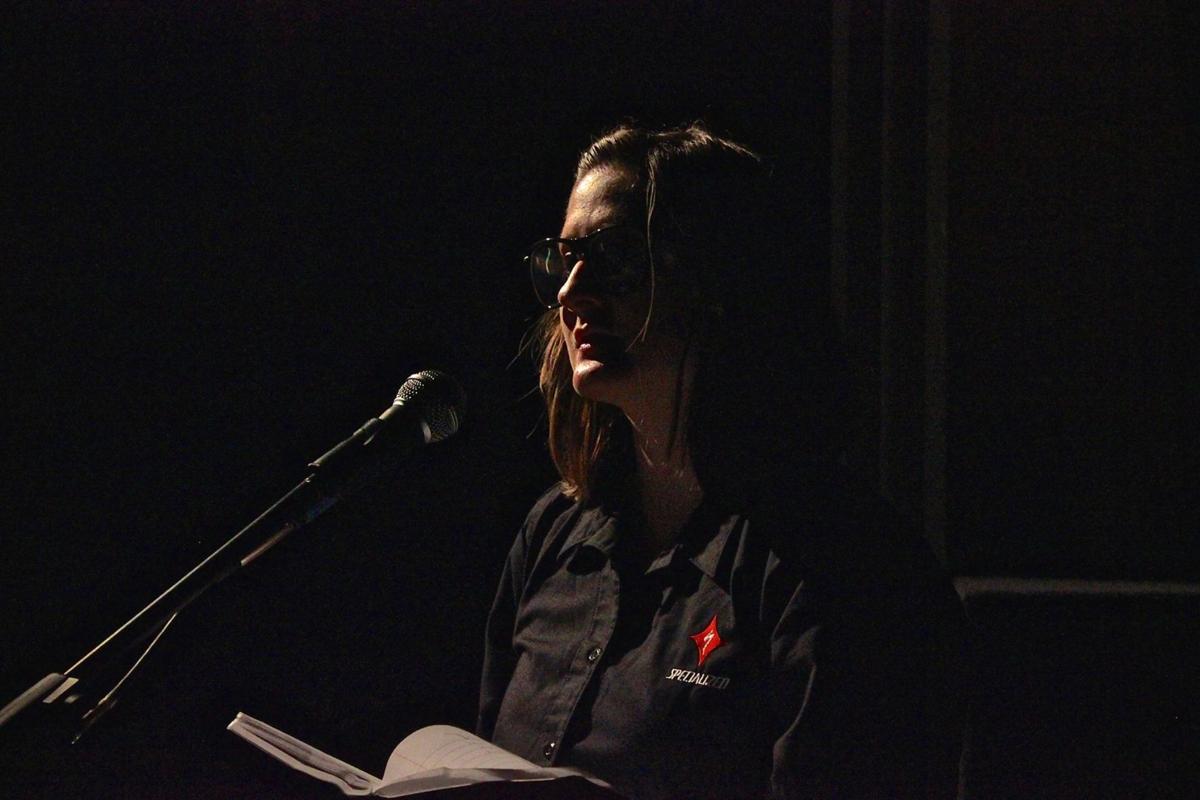 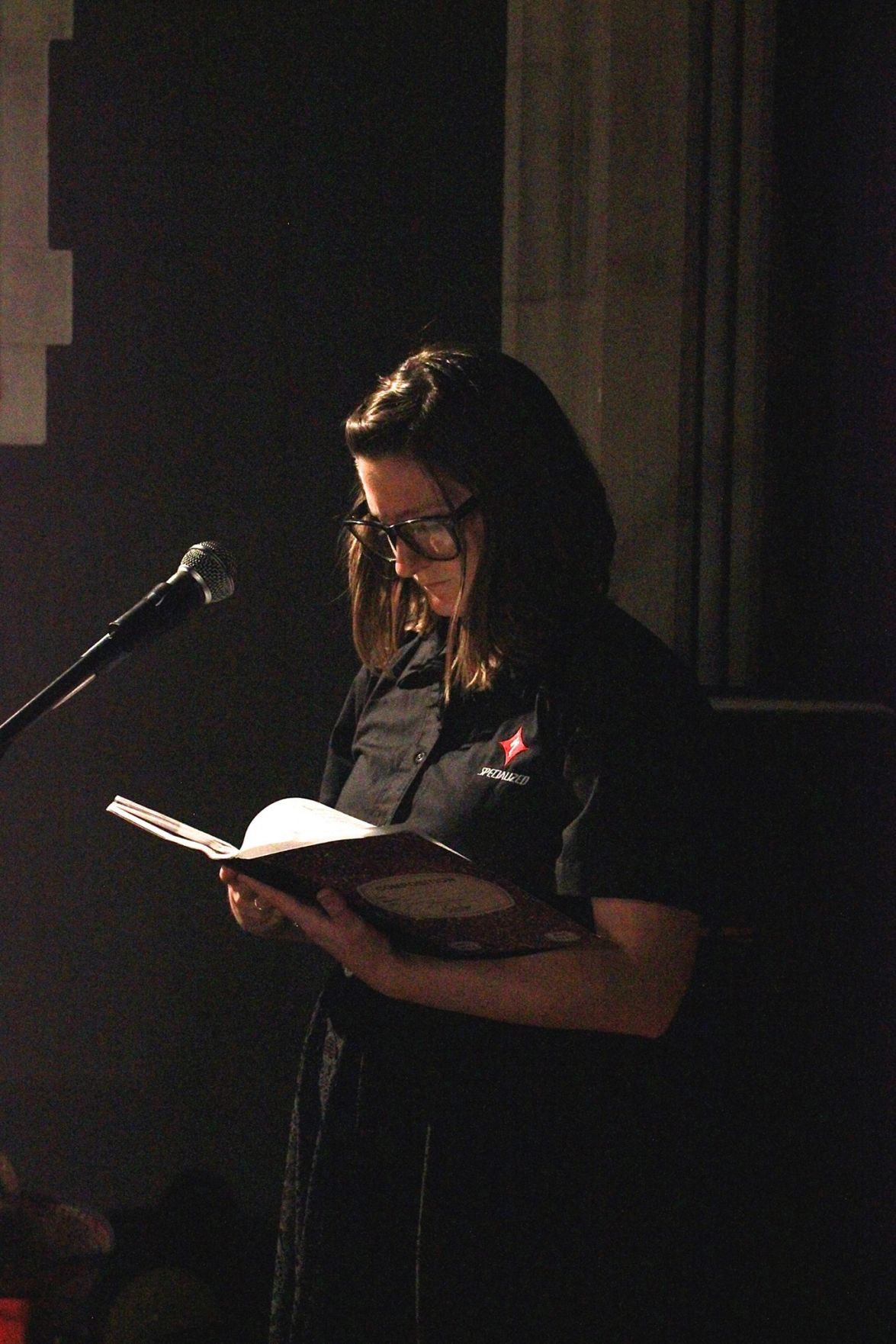 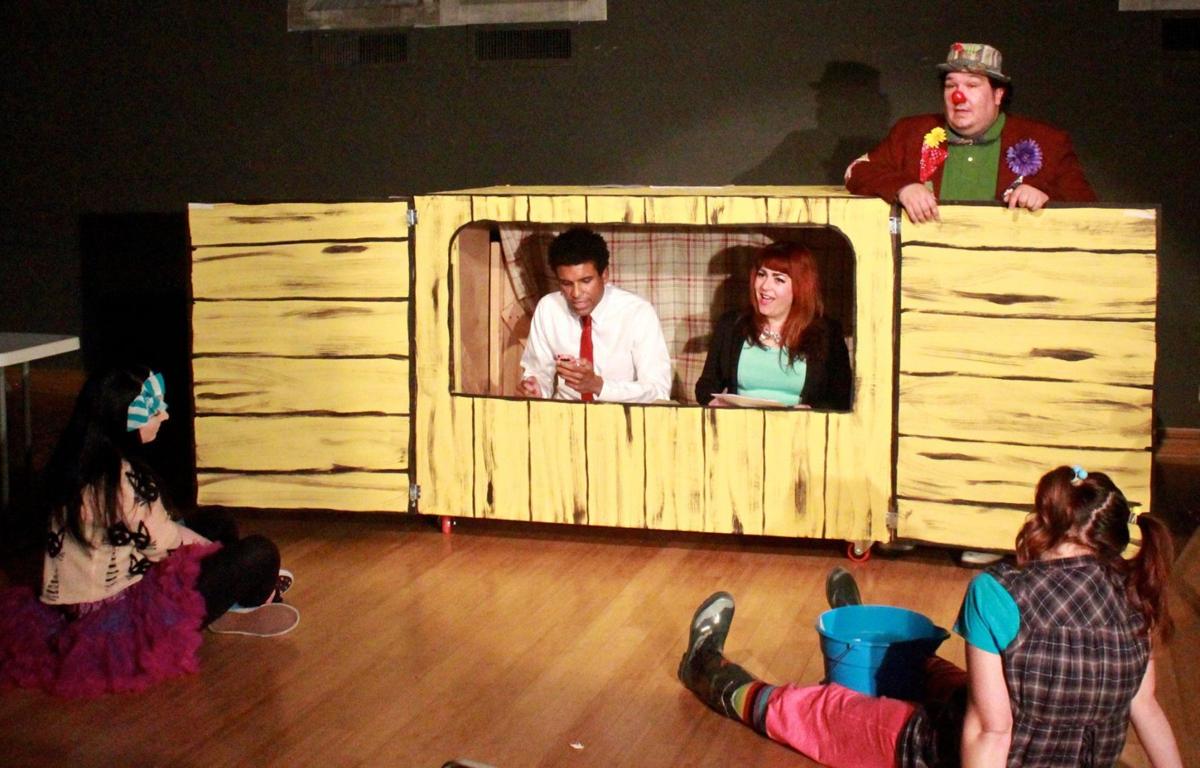 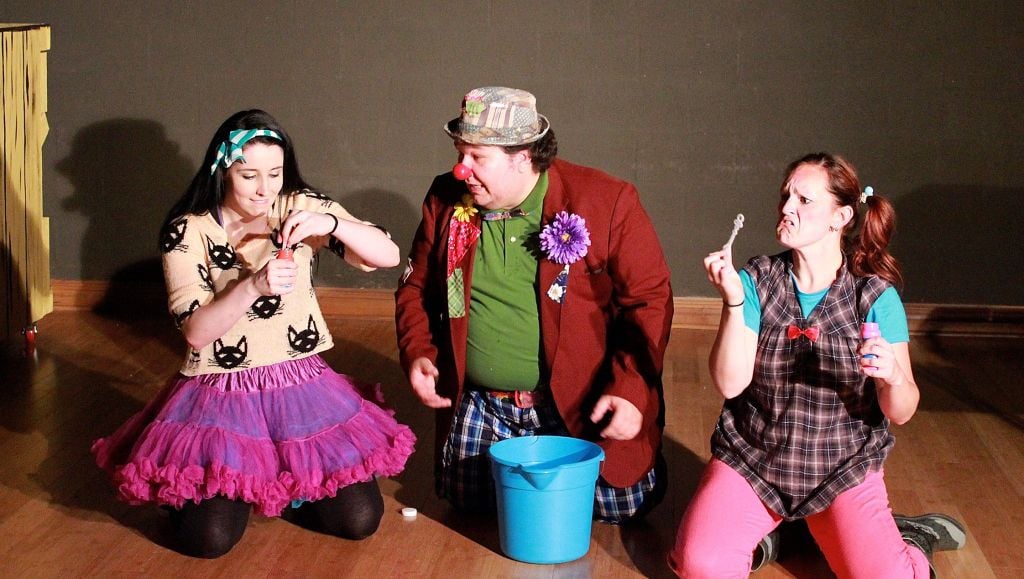 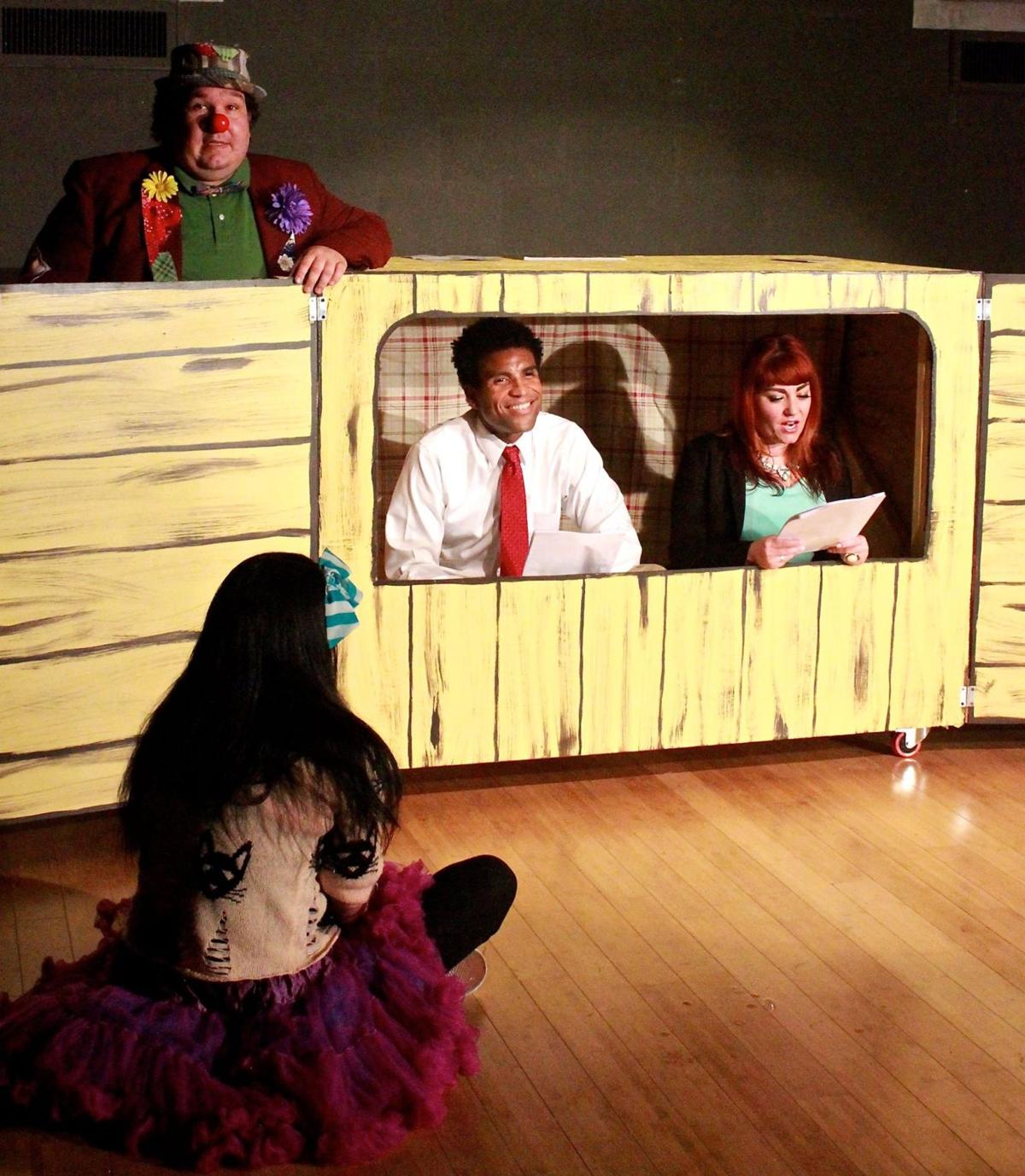 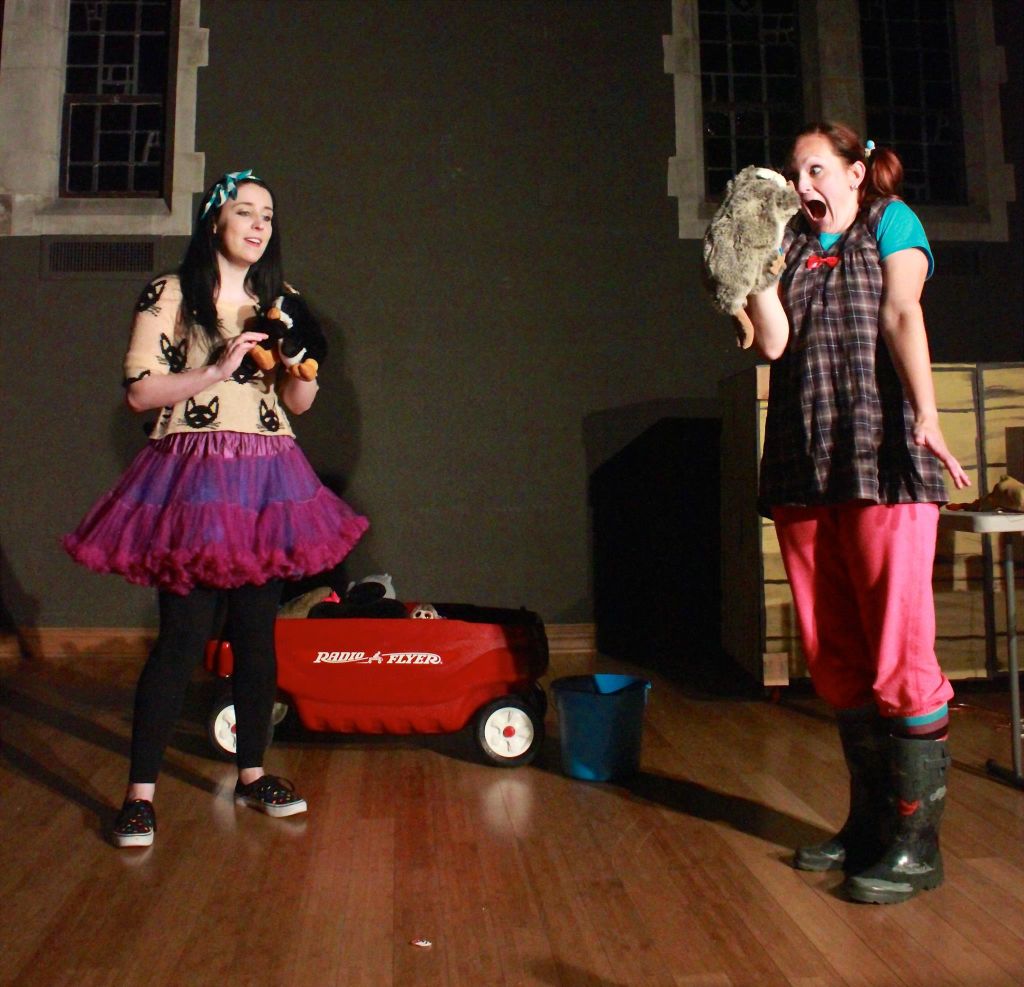 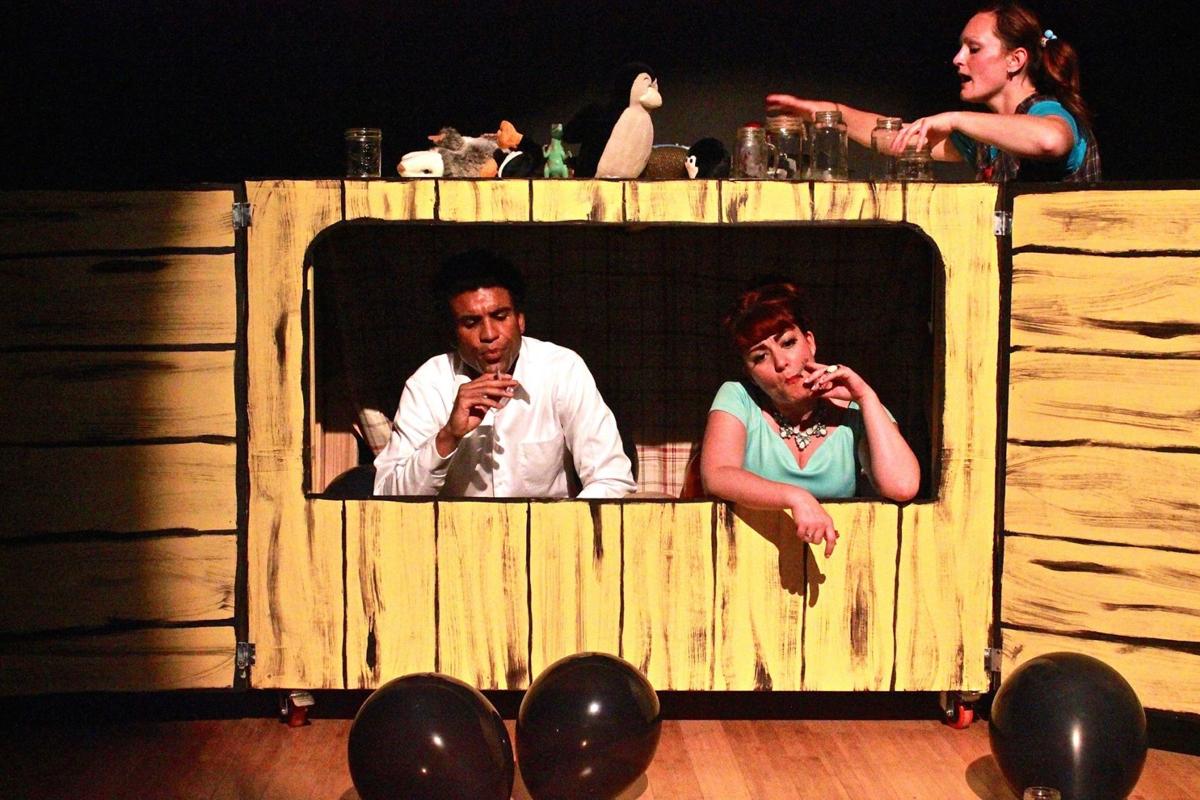 Story: Inspired in part by a photo of young children holding balloons in a war-torn country, This Is Not Funny involves four different stories layered into the same context: Two girls playing with balloons and other toys; a clown interacting with the children and occasionally the audience; two news anchors doing a telecast; and a poet reciting her latest works.

The characters offer an audience the chance to ponder whether the innocence and fascination of childhood can linger with an individual into adulthood, or if a jaded look at life is more or less inevitable.

Other Info: Given the company’s mission, it’s a bit odd that a piece such as This Is Not Funny was selected as its original offering, since there is nothing overtly or even covertly connected with Latino culture in its story. Skidis, though, is a devotee of devised theater, and This Is Not Funny certainly fits that category.

More an exercise in theatricality than an actual play, this one-act, 70-minute piece showcases the talents of six performers whose skits are loosely integrated by a balloon motif. We see two young girls (Sarah McKenney, Sara Sapp) fascinated with how their balloons float when filled with helium, but just as easily impressed with butterflies or stuffed animals as their imaginations explore possibilities.

A mute clown (Steven Castelli), dressed in garishly amusing colors, attempts to have his self-blown balloons duplicate the aerial achievements of those carried by the girls, alas without the same results. He also opens up a large box that serves as a TV wherein two news anchors (Sarah Porter, Reginald Pierre) report rather flippantly about the top stories of the day, most of which seem inane and vapid to match their audience’s empty-headed interest and their own vanity.

On the stage, away from the action on the floor of the theater at The Chapel, stands a solitary poet (Beth van Pelt), who perseveres in presenting her random thoughts in various degrees of rhyme. Her musings are often amusing and one can’t help but admire her dedication to her craft, even when she senses that some of her audience may be bored or uninterested in her artistic observations.

Ultimately the tone of This Is Not Funny turns from whimsical to dark and uneasy as well as more than a little disturbing. Even at just 70 minutes, though, there is too much time taken to explore too little in substance.

Skidis’ direction allows her performers to fully explore their characters within the simple confines of Jeremy Brooks’ scenic and lighting design that makes the most of two modest background screens and a microphone for the poet. The performances are fine for what they are, but in the end there’s too little to This Is Not Funny to maintain a satisfactory level of humor or appreciation.

Theatre Nuevo’s next show, Orgullo: A Pride of One Acts, will center on the theme of Latino pride. That subject sounds more substantial and fulfilling than a comedy that deflates as quickly as a leaking balloon.

Play: This Is Not Funny