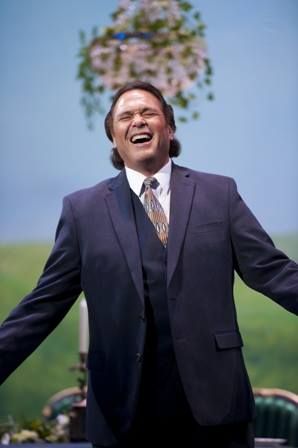 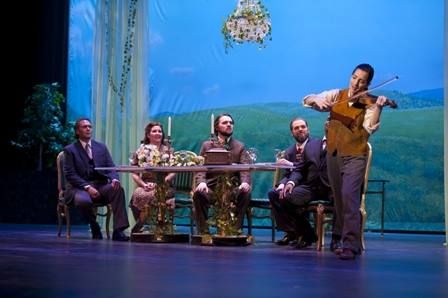 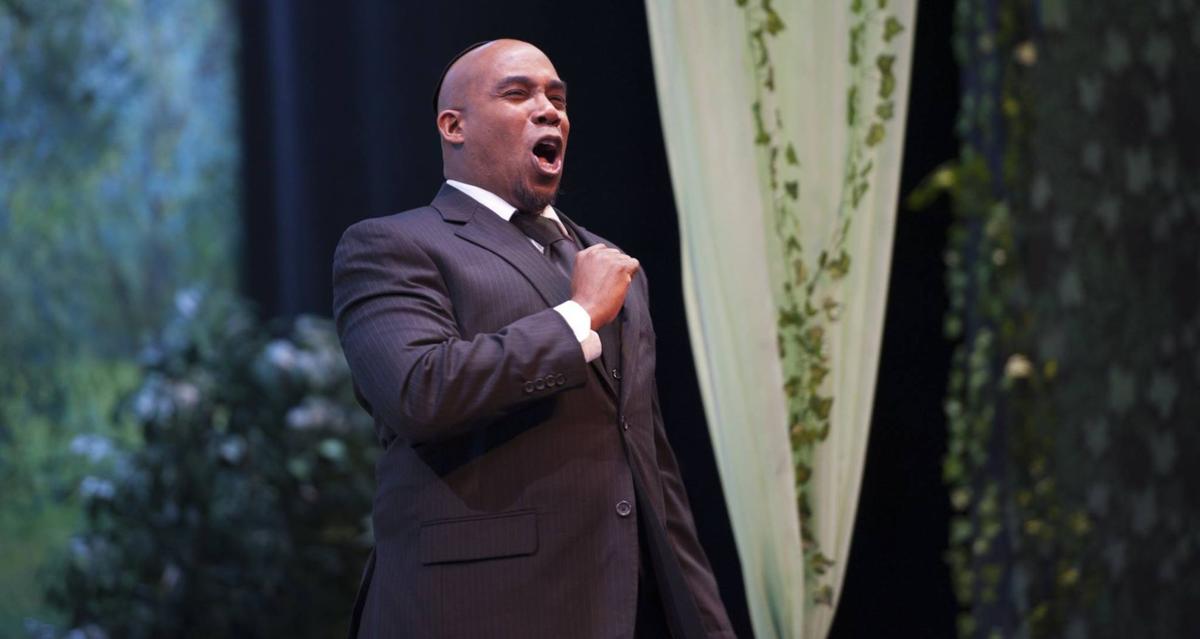 Story: Fritz Kobus, a wealthy 19th century landowner, argues with his friend, a rabbi named David, about the institution of marriage. Although he provides a dowry for a young couple, Fritz disdains marriage and wagers with David one of his vineyards that he will never become married himself.

Suzel, the daughter of one of Fritz’s tenants, presents a bouquet of flowers to Fritz. David observes that she will make a fine bride and vows to find her a husband. As Fritz becomes more enamored of Suzel, David reveals to him that he has found an ideal husband for the young woman, which enrages Fritz to the point that he says he won’t bless such a union.

As Suzel admits to David her love for Fritz and her unhappiness at marrying anyone else, she sees Fritz and they declare their mutual love. David reminds Fritz that he has won their wager, and promptly gives the vineyard to Suzel as a wedding present.

Now in its eighth season, Winter Opera offered a sprightly and handsomely sung interpretation of this breezy comedy, crisply directed by Matthew Haney and conducted robustly by Andy Anderson.

Other Info: A dress rehearsal for the production demonstrated the fine voices of the intimate cast of this quick, three-act comedy, which features a libretto by P. Suardon (Nicola Daspuro) based on a novel by Emile Erckmann and Pierre-Alexandre Chatrain. Its original premiere was held in Rome in 1891. Along with Cavelleria rusticana and Iris, L’Amico Fritz remains popular in the European performance repertoire.

Internationally renowned tenor Jorge Pita Carreras was a convincing and hearty Fritz, full of life and brimming with confidence until he falls under the sway of the demur Suzel. His tete-a-tetes with Eric McKeever as rabbi David were a great deal of fun and sung in fine comic style by both Carreras and McKeever.

Winter Opera St. Louis general director Gina Galati provided her own lilting soprano in the role of Suzel, playing well off of Fritz’s braggadocio. Her scenes with Carreras as the shy farm girl and the wealthy landowner, respectively, were filled with grace and convincing chemistry, making their performances all the more enjoyable.

Mascagni, whose Cavalleria rusticana is notable, among other reasons, for its use of the verismo style of Italian dramatic music, showed with L’Amico Fritz how adept he could be with comedy as well.