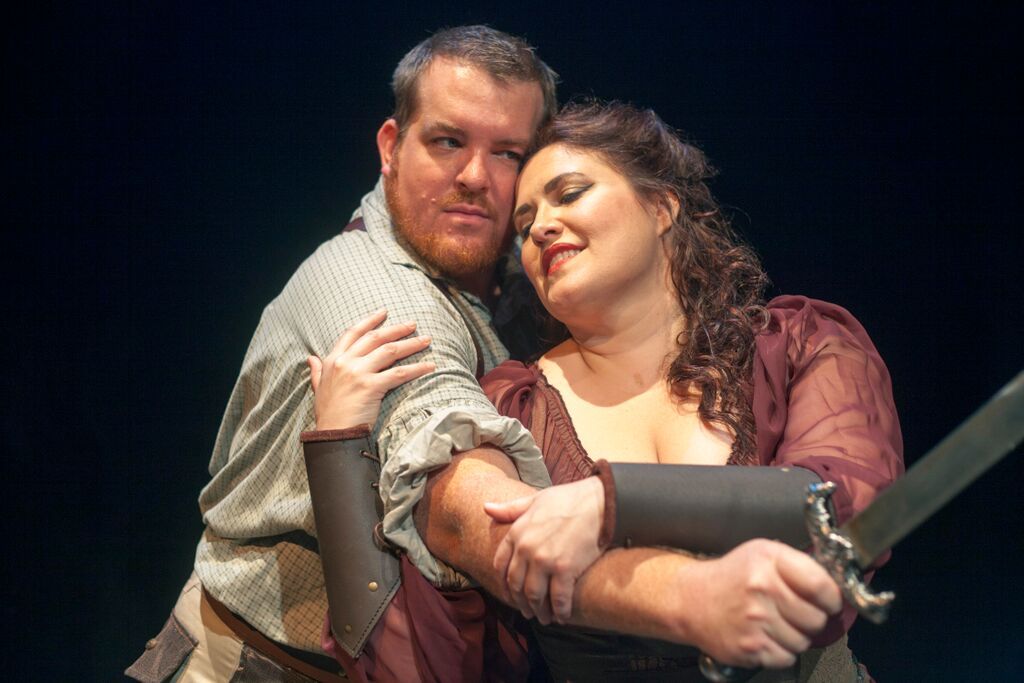 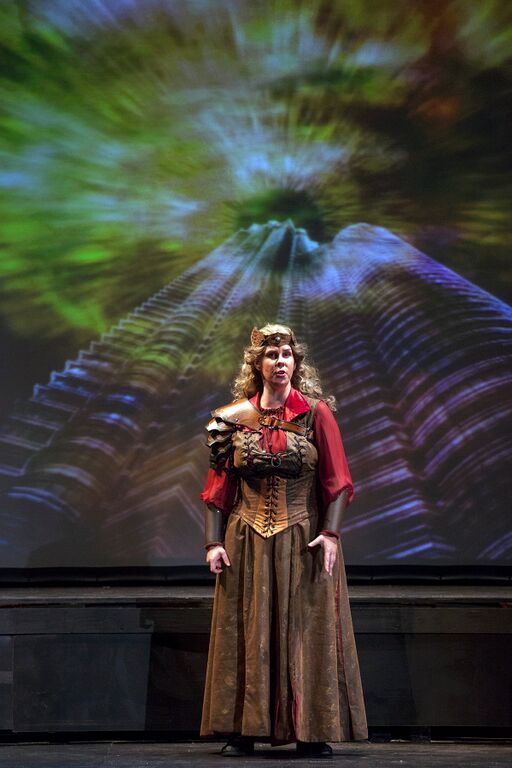 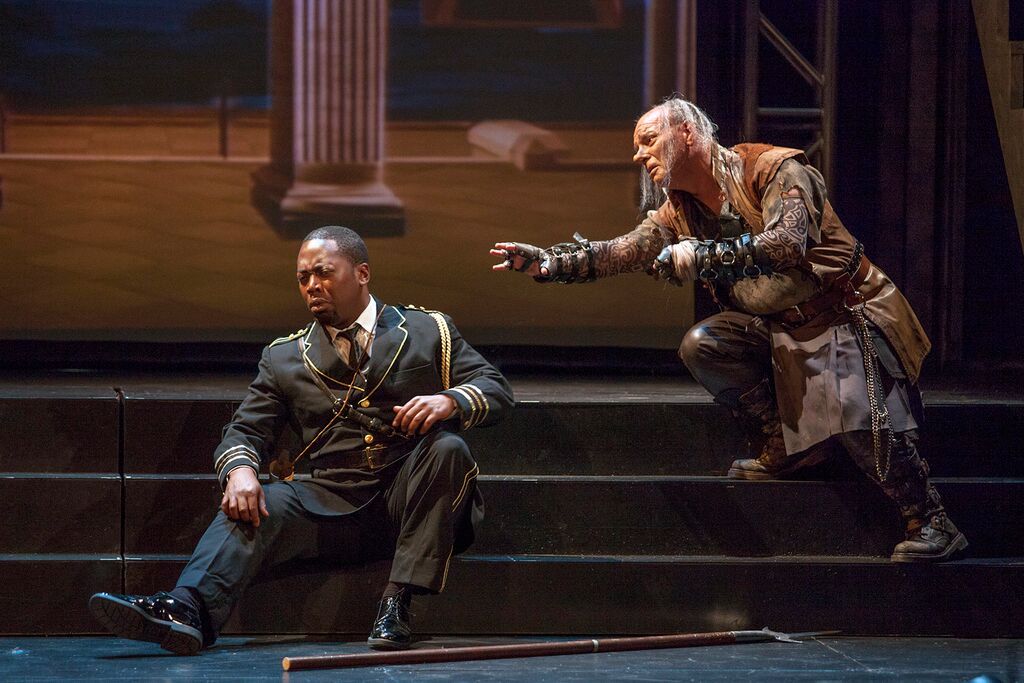 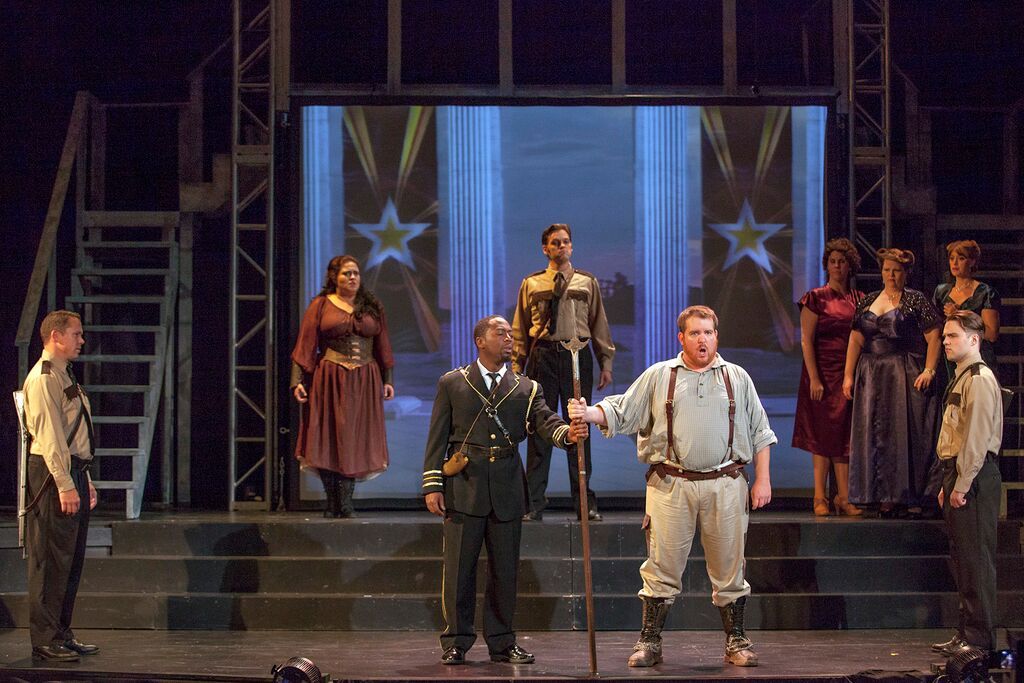 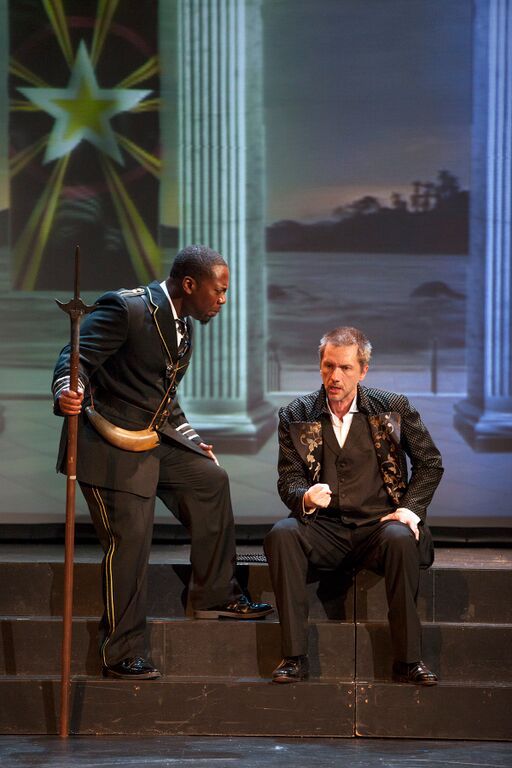 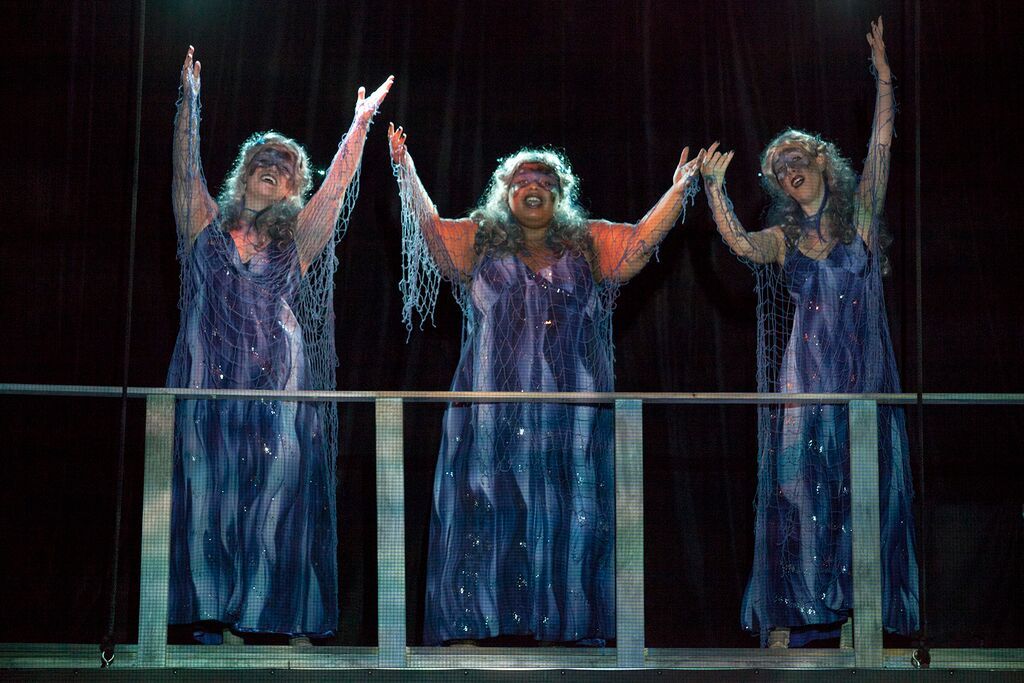 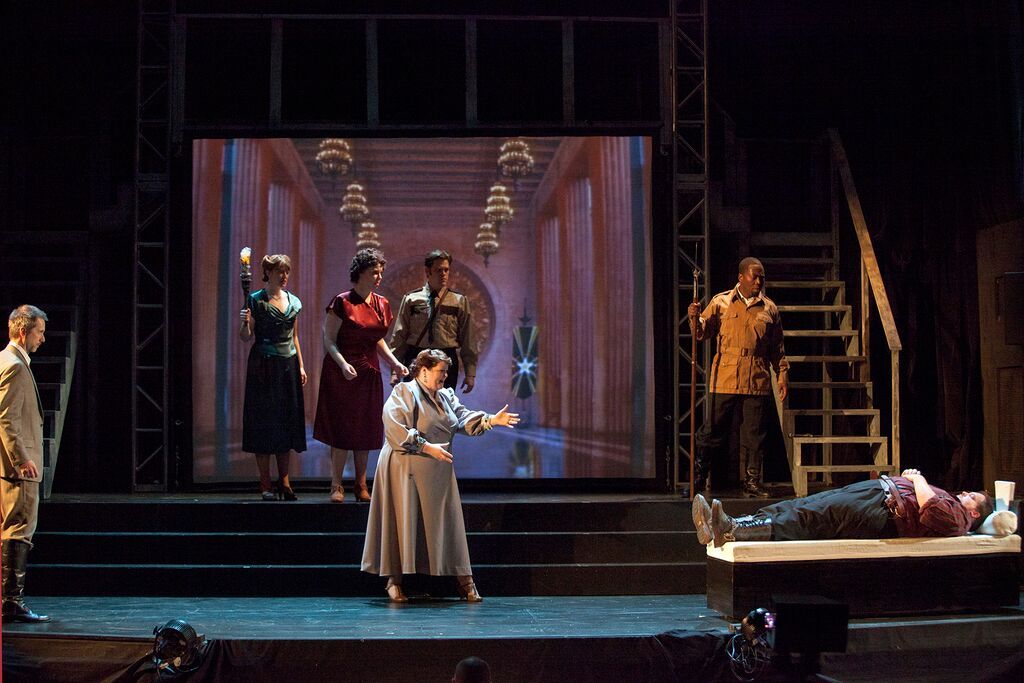 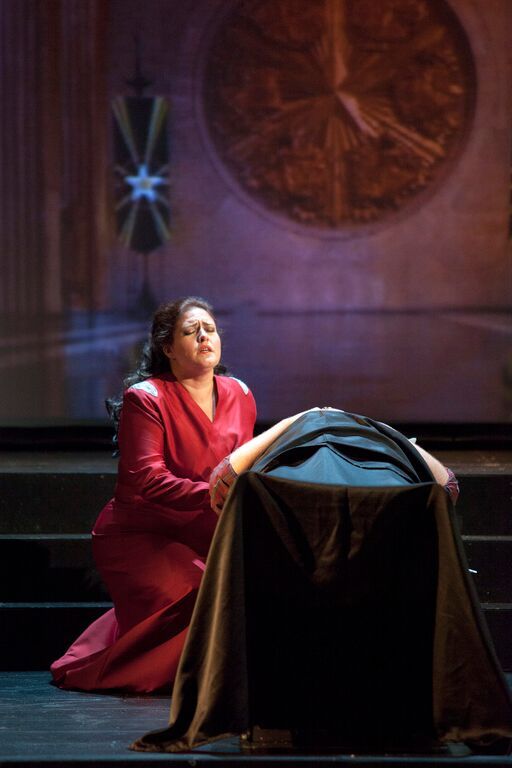 Story: The coveted but cursed Ring, forged by the Nibelungen dwarf Alberich out of gold he had stolen from the Rhinemaidens, has come into the hands of the warrior Siegfried. He gives it to Brunnhilde, daughter of the god Wotan, as a symbol of his love for her.

Hagen, son of Alberich, conceives a plot to get the Ring back by advising his half-brother Gunther to consolidate power by marrying Brunnhilde, and by convincing his half-sister Gutrune that Siegfried wants her as his wife. Hagen concocts a potion drunk by Siegfried that renders the latter without memory of his love for Brunnhilde and has him fall under Gutrune’s spell.

Siegfried disguises himself as Gunther and goes to Brunnhilde, claiming that she is to be his (Gunther’s) wife, taking the Ring away from her. Hagen then kills Siegfried, but before he can seize the Ring Brunnhilde wrests it away, announcing that she will return the Ring to the Rhinemaidens to remove its curse and restore the world to order.

As Brunnhilde walks into Siegfried’s funeral pyre wearing the Ring, flames engulf the gods’ Valhalla home, the Ring is reclaimed by the Rhinemaidens and a new era begins on Earth.

Highlights: Union Avenue Opera’s St. Louis premiere of Gotterdammerung, or The Twilight of the Gods, which is the fourth and final installment in Richard Wagner’s sprawling Ring Cycle, concludes UAO’s highly ambitious presentation of the entire Ring Cycle over the last four years.

Other Info: Rather than take the 15 hours or so required to tell Wagner’s original story, Schoonover and Miller wisely chose to work with the abbreviated 1990 adaptation by director Graham Vick and composer Jonathan Dove. That version, which premiered at the Birmingham Opera Company in England, is a much more accessible approach for modern audiences with shorter attention spans.

Even so, Gotterdammerung comes in at nearly three hours, including an intermission. Dove successfully maintains the theme and flow of Wagner’s original music and operatic drama. UAO’s local premiere of the Ring Cycle has been very well received by patrons, including this concluding, robust performance of Gotterdammerung that is highlighted by the powerful and persuasive voice of Alexandra LoBianco as Brunnhilde.

LoBianco’s stage presence is considerable and her interpretation of the pivotal part of Brunnhilde is captured impeccably by her soaring soprano. She commands the Union Avenue performance space with a sweeping, majestic portrayal that is luxurious in its execution.

She’s complemented by Clay Hilley’s fine performance as Siegfried, especially when the two sing some of the work’s inspired duets. Beyond their magnificent voices each is able to capture the essence of their characters to the benefit of the entire production.

Others in the strong supporting cast include Neil Nelson, who brings a sturdy reading and voice to the villainous role of Hagen. Rebecca Wilson and David Dillard show the relative weakness of Gunther and Gutrune opposite the heroic actions of Brunnhilde and Siegfried, while Timothy Lafontaine is suitably slithery as the malicious Alberich.

Melissa Kornacki displays her own singing talents as Brunnhilde’s Walkure sister Waltraute, and the Rhinemaidens are played by Lindsey Anderson, Johanna Nordhorn and Lauren Wright. Kornacki and Megan Sturdevant portray attendants in the Gibichung Castle of Gunther, Gutrune and Hagen, while Hagen’s henchmen are played by Winston Sullivan, Marc Schapman and Clark Sturdevant.

Although Schoonover led the orchestra in a spirited reading of Wagner’s intricate score, I never really felt engaged by this production, as strong as it was. The audience at large, however, gave it a warm and loving reception, doubtless propelled by LoBianco’s outstanding effort.

Miller’s direction maintains a fluid pace and enhances the rendition with the stellar singing of several players who fill the clever, two-tier set designed and lit by Patrick Huber. Michael Perkins adds some judiciously selected projections that were conceived by Miller, Huber and Perkins, and Kyra Bishop provides properties to enhance the presentation.

Teresa Doggett designs costumes that range from the richly evocative dresses adorning the Rhinemaidens and Siegfried’s soldierly attire to the brown-shirted military men led by Hagen, who appears to be in a 20th century suit. Not sure at all about that disparity between mythology and the modern world, a distinction too subtle for my understanding.

Schoonover, Miller and Union Avenue Opera took on quite a challenge in presenting the St. Louis premiere of Wagner’s entire Ring Cycle with their take on the Dove/Vick adaptation. On the whole it certainly has been an artistic success met with popular approval.