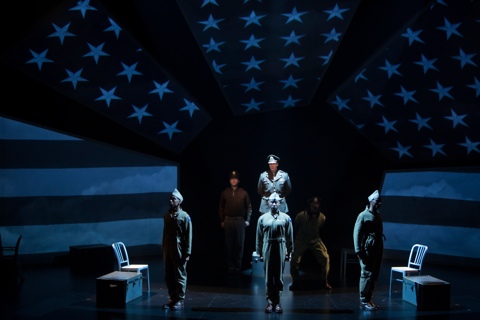 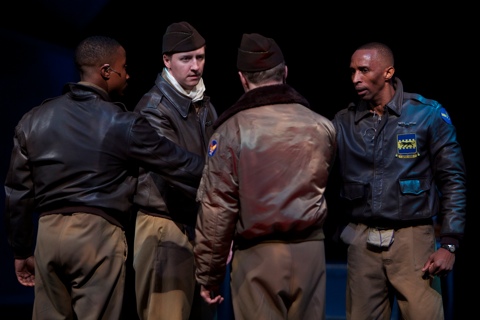 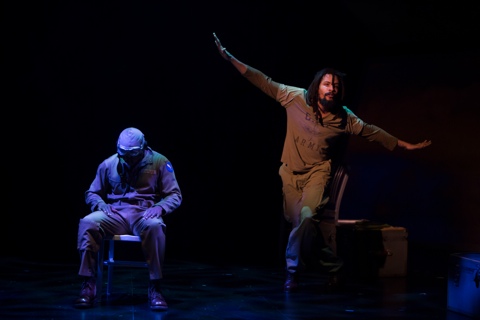 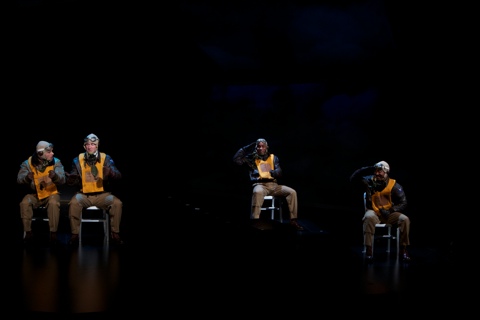 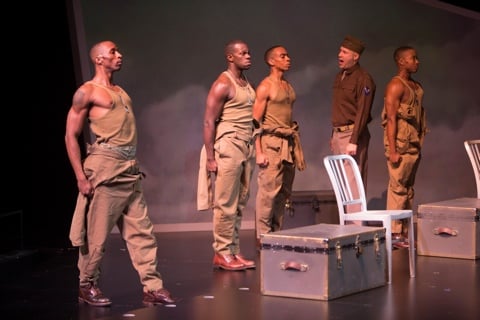 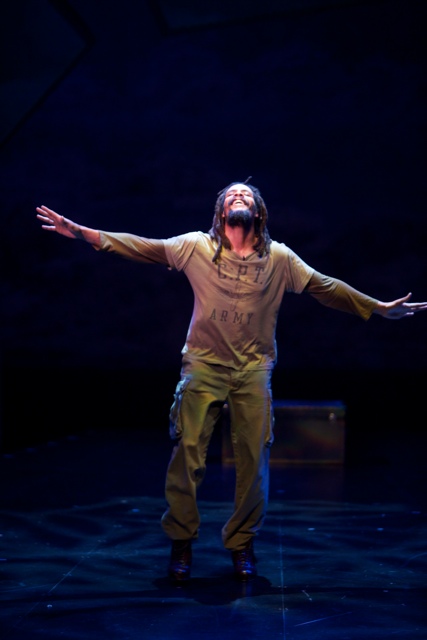 Story: Four candidates for the 332nd Fighter Group, better known as the Tuskegee Airmen, meet at the military school in Tuskegee, Alabama where they train to become fighter pilots during World War II. These candidates, though, are black, and the challenge to earn their stripes in flight school is exacerbated with racism, both blatant and subtle, throughout their training.

Those who meet the considerable qualifications to become pilots continue to face opposition in Europe even as they staunchly defend their country and freedom everywhere against the forces of fascism. The four young candidates -- genial Chet from Harlem, cocky W.W. from Chicago, proud Oscar from Iowa and the fun-loving J. Allen from the West Indies -- learn about each other as well as the formidable obstacles that confront them both at home and abroad along the way.

Highlights: Co-writer Ricardo Kahn drew inspiration for this one-act, 90-minute drama from an old photo of Tuskegee Airmen that he saw on a friend’s wall. He and Trey Ellis penned their tribute to the nearly 1,000 black pilots who graduated from the Tuskegee program between 1941 and 1946, a superior group who established an unprecedented record of flying 200 of 205 bomber escort missions without the loss of a single bomber to enemy aircraft.

Ellis and Kahn set the opening of their play in 2009 at the inauguration of President Barack Obama, who invited the surviving Tuskegee Airmen to the historic ceremony. It’s a poignant beginning to a memorable drama that offers a stirring, absorbing and fascinating look at the men who helped pave the way for more equitable treatment of African-Americans in the decades to follow.

Other Info: Fly received its world premiere in 2009 at New Jersey’s Crossroads Theatre Company and was subsequently produced at Ford’s Theatre in Washington, D.C. in 2012 before this current presentation opened last month in Cincinnati before coming to The Rep. It utilizes several artistic and technical elements shrewdly to tell its story in highly effective fashion.

There’s a character known as the Tap Griot, a modern variation on the traditional storytellers and oral historians of the Mali Empire in West Africa. Here, the Tap Griot acts out the varied emotions experienced by the pilot candidates that cannot be expressed in their repressed, racist environment. “Tap Improvogapher” Omar Edwards uses his considerable terpsichorean skills to animate the Airmen’s reactions to the highs and lows they experience as improvised to Hope Clarke’s infectious choreography.

Scenic designer Beowulf Boritt provides a background of five rectangular panels in front of a back-stage canvas, on which projection designer Clint Allen features video footage that becomes a significant player on stage, whether video of aged Tuskegee Airmen at the inauguration, sepia-tinged photos of the youthful pilots or riveting maneuvers in the air that have an IMAX effect of putting the audience in the cockpit.

Khan’s direction of the eight-man cast is smooth and engaging. David Pegram anchors the show as the quietly confident Chet, like the others an intelligent man who could master the intricate details and demands of flight school. Terrell Donnell Sledge endears himself as J. Allen, the West Indies native who remembers his merchant father’s love of aviation, while Will Cobbs offers a strong portrayal of Oscar, a Midwesterner with fierce pride who is determined to honor his race with his achievements.

Eddie R. Brown III successfully walks a difficult tightrope in the role of W.W., a man who is chosen by the bigoted flight school teacher as team leader precisely because he appears and acts like a clown. There’s more to W.W. than meets the eye, however, which Brown uncovers in a carefully calibrated portrayal.

The supporting cast includes fine work by Greg Brostrom as the bitter flight teacher, Captain O’Hurley, miffed at his assignment to train black men for the combat assignments he wants for himself.

Timothy Sekk is his dullard second-in-command as well as a Southern pilot who is shocked and distraught to learn that his mission is being covered by black pilots of the 332nd Fighter Group, only to be duly impressed by their achievements. Cary Donaldson plays Sekk’s co-pilot on their mission, who more quickly warms to his new comrades, even joining in on a humorous skit that provides brief levity amid the sober proceedings.

Fly soars as a living, breathing history lesson and an appropriate tribute to the young men who, says Khan in his director’s notes, “endured the insults, the stench of bigotry and the humiliation that was constant. And they prevailed beyond imagination.”