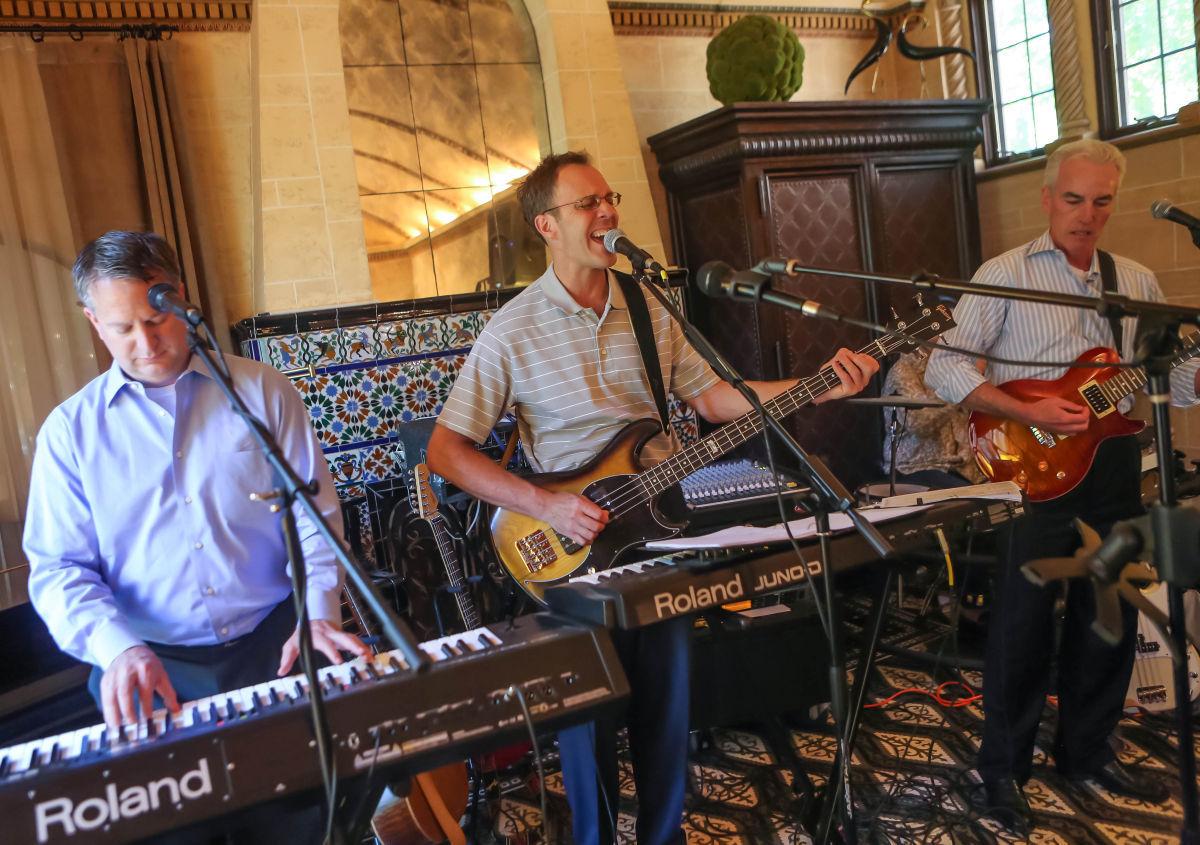 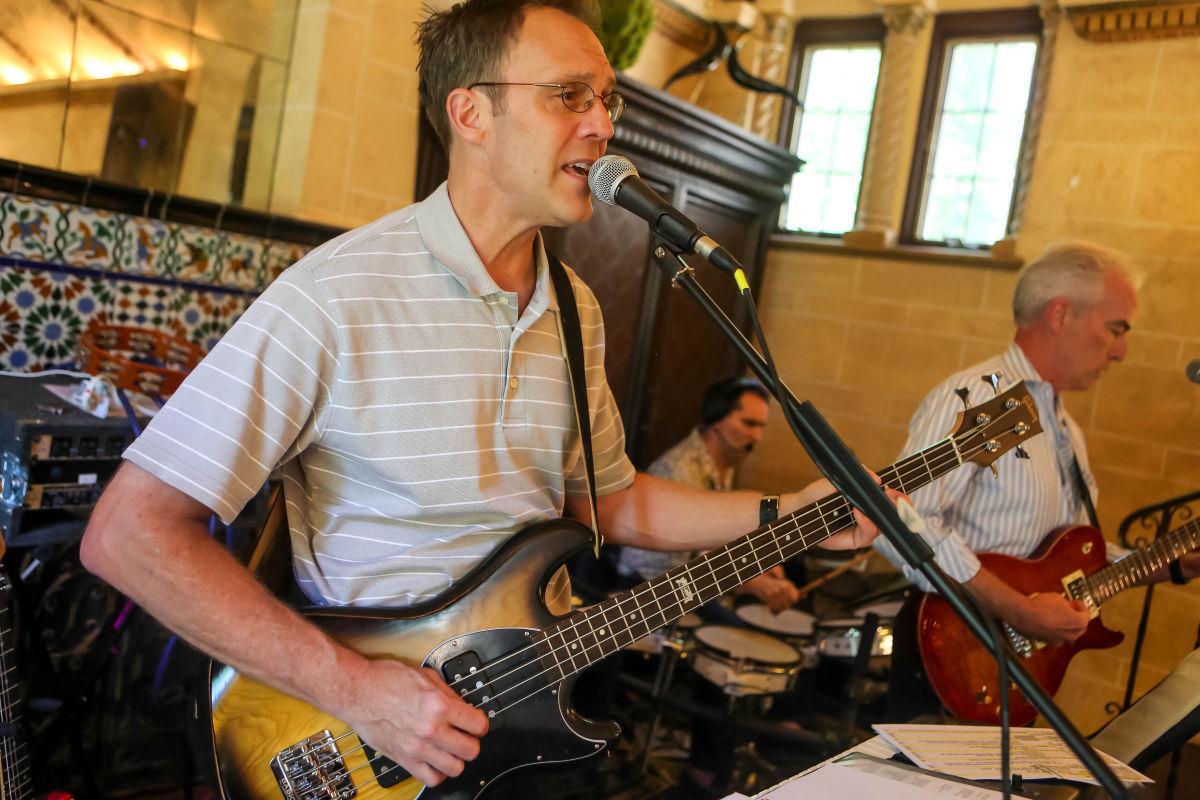 Faint traces of Paul McCartney’s Maybe I’m Amazed drift out of Branko Marusic’s home in Clayton. But it’s not somebody playing an old record from the 1970s – it’s a practice session for the band Flaming Pie.

Flaming Pie, a Beatles and British Invasion cover band made up of three local attorneys and a financial adviser, somehow manage to find time in their busy lives to get together and do something they all enjoy: playing music.

So how does a group of professionals end up as a Beatles cover band? Marusic and Boatman went to middle school together, and Marusic met Puricelli in law school. “We started this in (Halls’) basement a long time ago, and his daughter was our drummer. But she made fun of my singing, so we kicked her out of the band,” Puricelli says jokingly.

Marusic says Boatman, who had toured with Head East and played in front of 50,000 people, was going deaf, so the band took a break. “It was just too much noise, but (Puricelli) said he knew a guy who played electronic drum set – me,” Marusic says. “We all had chemistry, and certainly enjoyed playing the same kind of music.”

After some time, though, the band tired of playing the same Beatles songs over and over, and expanded to British Invasion to include the Rolling Stones, The Who, Zombies, The Hollies and other ‘invaders’ from the 1960s and 70s. “We wanted to stay within a niche and keep that identity,” Marusic explains.

A few years ago, Flaming Pie played at Innsbrook Institute’s Summer Music Academy and Festival, where St. Louis Symphony’s David Halen is the artistic director. “He got wind of us through the director of Innsbrook at the time, and had always wanted to do this combination of symphony classical music with the Beatles,” Marusic says. The thought behind it was that the Beatles “pinched” a lot of their music from classical songs, Marusic explains, so the idea would be to play Beatles songs, along with the classical piece that inspired them.

Flaming Pie played five different performances at The Sheldon Concert Hall with symphony members a year and a half ago. “After that, we wondered ‘where do we go from here?’” Marusic says. “It doesn’t get any better than playing with people that talented.” Boatman noted that playing with symphony members was “10 times cooler” than playing a stadium show. “These are world-class musicians, and we’re just trying to keep up,” he says with a laugh.

The combination of classical and rock elements was extremely well-received, the band members noted. “The way it fits together is just very cool,” Marusic says.

Right now, Flaming Pie members are practicing for a show that’s near and dear to them: Kids Rock Cancer’s ‘All You Need Is Love’ benefit concert. “Both (Halls) and I are on the advisory board for Kids Rock Cancer, and they asked us to do their big fundraiser about four years ago,” Marusic says.

Marusic tells the story of how they always try to have a few kids from the organization join them on stage, and notes one in particular: 20-year-old Brooke Nickelson, whose passion and music talent inspired Flaming Pie. “He played with us, and we were his back-up band,” he recalls. About five months ago, Flaming Pie was asked if they wanted to reunite to do a show at The Sheldon, but they didn’t move forward with it. Shortly afterwards, the band got the news that Nickelson, who had been one of the pioneers with Kids Rock Cancer, had passed away. “That was all we needed,” Boatman says. “We knew we had to do this show.” The concert takes place at The Sheldon on Thursday, May 21. Marusic says both the band and Kids Rock Cancer are “pulling out all the stops” for this big fundraiser, which is affiliated with Maryville University’s music therapy program.

The band is special to the members because of the camaraderie. “We’re all friends anyway, but we share something that’s special to us and unique to the four of us,” Boatman says. “It’s fun to share it with others.” They thought they were getting back together just for this one show at The Sheldon, but they’ve booked other shows this summer, too. To learn more about the band, visit flamingpie4u.com. To learn more about the Kids Rock Cancer show, visit kidsrockcancer.org.