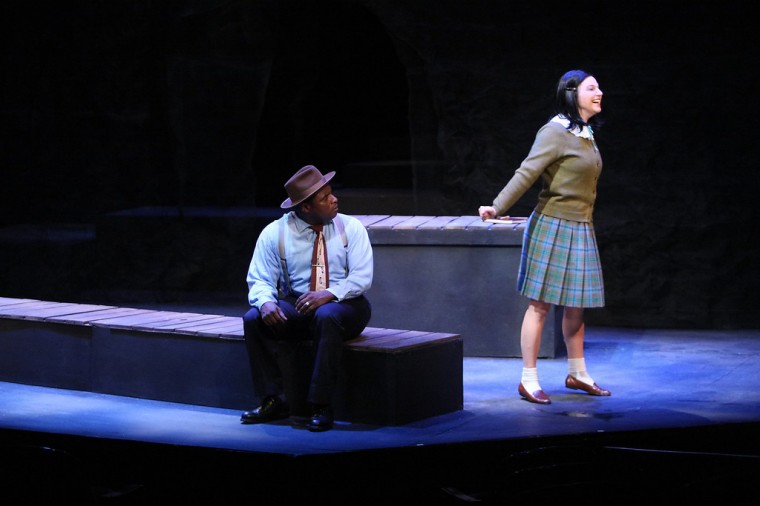 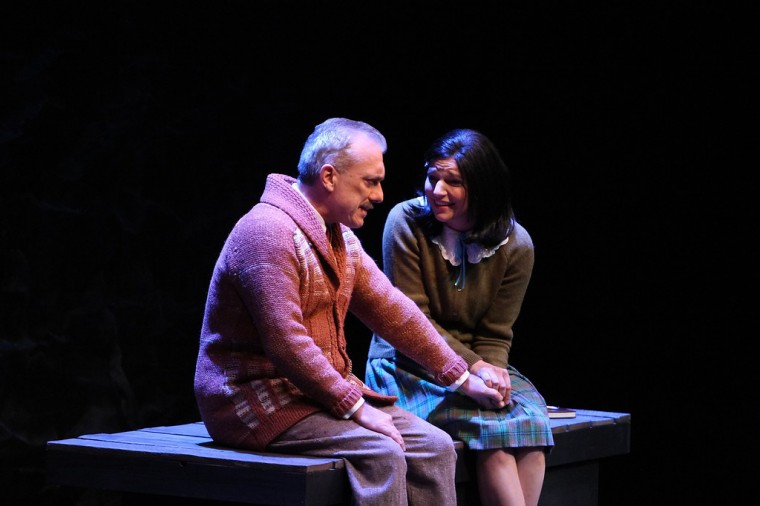 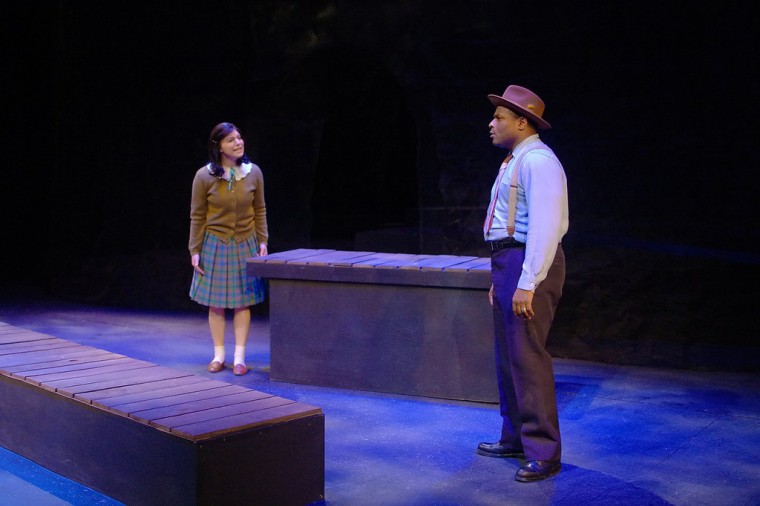 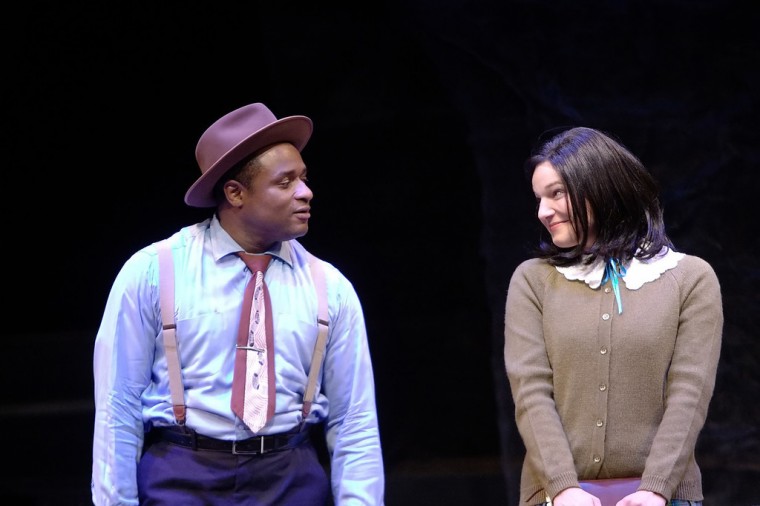 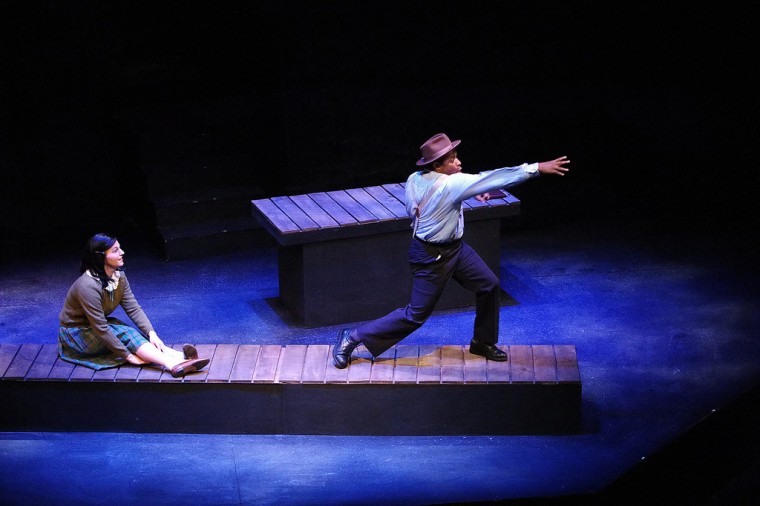 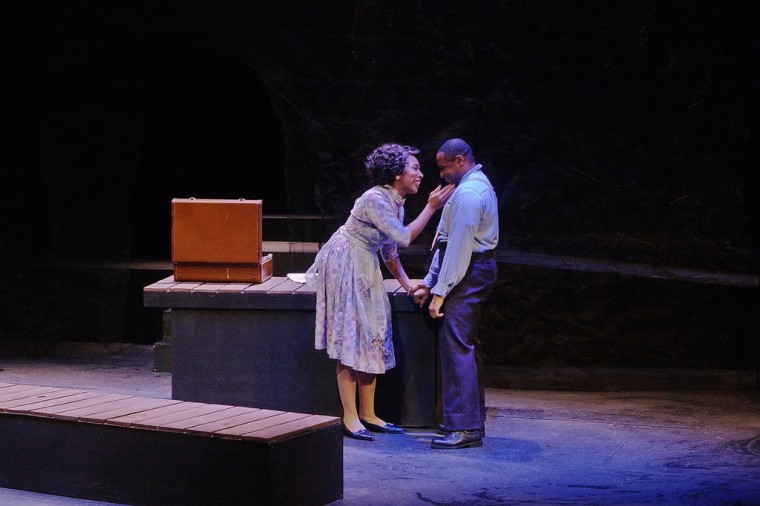 Story: Anne Frank, the 14-year-old girl whose life was one of millions of European Jews extinguished in concentration camps by Adolf Hitler’s Nazi party in World War II, meets another 14-year-old, Emmett Till, a black boy from Chicago who was brutally murdered in 1955 while visiting relatives in Mississippi, an act that galvanized America’s black community and started the Civil Rights movement.

Their chance encounter takes place in a ‘magical place called Memory,’ where the two youngsters at first view each other apprehensively before gradually developing a bond that connects their tragedies with hope and optimism for a future where such atrocities might not occur.

Highlights: Journalist Janet Langhart Cohen and her husband William Cohen, former mayor, senator and Secretary of Defense for President Bill Clinton, served as Honorary Co-Chairs for Grandel Gala, a benefit on October 25 celebrating 20 years at the Grandel Theatre and supporting The Black Rep’s Education Department. Janet Cohen’s first play is receiving its local premiere as part of that gala celebration, following a reading in Israel and a Washington, D.C. premiere that was attended by Vice President Joseph Biden, former Secretary of State Colin Powell, former Secretary of State Madeleine Albright, actor Michael Douglas and others.

Other Info: Ms. Cohen’s inaugural effort into playwrighting doubtless belies her award-winning abilities as a journalist. While Anne & Emmett is well-intentioned and addresses a tragic and sobering topic, much of the dialogue is simplistic and unaffecting. This problem primarily emerges in scenes that feature both Courtney Elaine Brown as Anne Frank and Eric Conners as Emmett Till.

Interestingly, the most profound and affecting moments take place when either of the performers holds attention on the stage while relating the shocking events concerning Anne and Emmett to the audience.

Conners doesn’t come close to looking like a 14-year-old, but his sturdy acting ability makes up for that quickly. He’s engaging and gregarious as the affable Emmett, decked out in a signature stylish hat, as he playfully chats with his mother (Patrese McClain in another ingratiating performance) on the eve of his departure from his Chicago home to visit relatives in Mississippi. Although Mrs. Till warns him of the dangerously different world for blacks in the Deep South, Emmett’s upbeat nature doesn’t apprehend his ominous future.

Conners strikes a different but equally compelling characterization of the post-murdered Emmett. While he sounds considerably older and more worldly than the naïve lad who was killed (particularly when addressing future political assassinations), his passionate rage against injustice resonates both with Anne and the audience.

Emmett’s story is less familiar to the general public than Anne Frank’s, which became world famous after her father had the notes she kept while hiding from the Nazis in an Amsterdam attic published after her grisly death. Still, even though Anne’s tale is recognizable, Brown’s portrayal seems a bit off kilter, even if she satisfactorily conveys the look of a hopeful teen.

Brown’s best moments come when she revisits the horrors of her situation in dialogue directed toward the audience. As with Conners’ bracing moments describing Emmett’s unspeakable murder, director Ron Himes and scenic designer Jim Burwinkel accentuate Anne’s recollections with horrific historic photos of legions of concentration camp victims seen on film. Along with photos of Emmett’s mutilated face in his coffin, all of it is arresting, as is Burwinkel’s use of web-like curtains that shroud the land of “Memory” in a labyrinthine maze of creepy corridors.

Jerry Vogel offers splendid support as Anne’s comforting father Otto, and is equally effective as one of Emmett’s racist, malicious murderers. McClain is wonderful in a couple of brief scenes, offering the ballast and gravitas that offset Cohen’s proclivity for overly familiar bromides, as worthy and decent as they might be.

Anne & Emmett is a noble idea that, truth be told, needs considerable work before it’s a full-fledged play. Still, Himes’ direction and The Black Rep’s well addressed production pay tribute both to Cohen’s thoughts and to the memories of Anne Frank and Emmett Till.