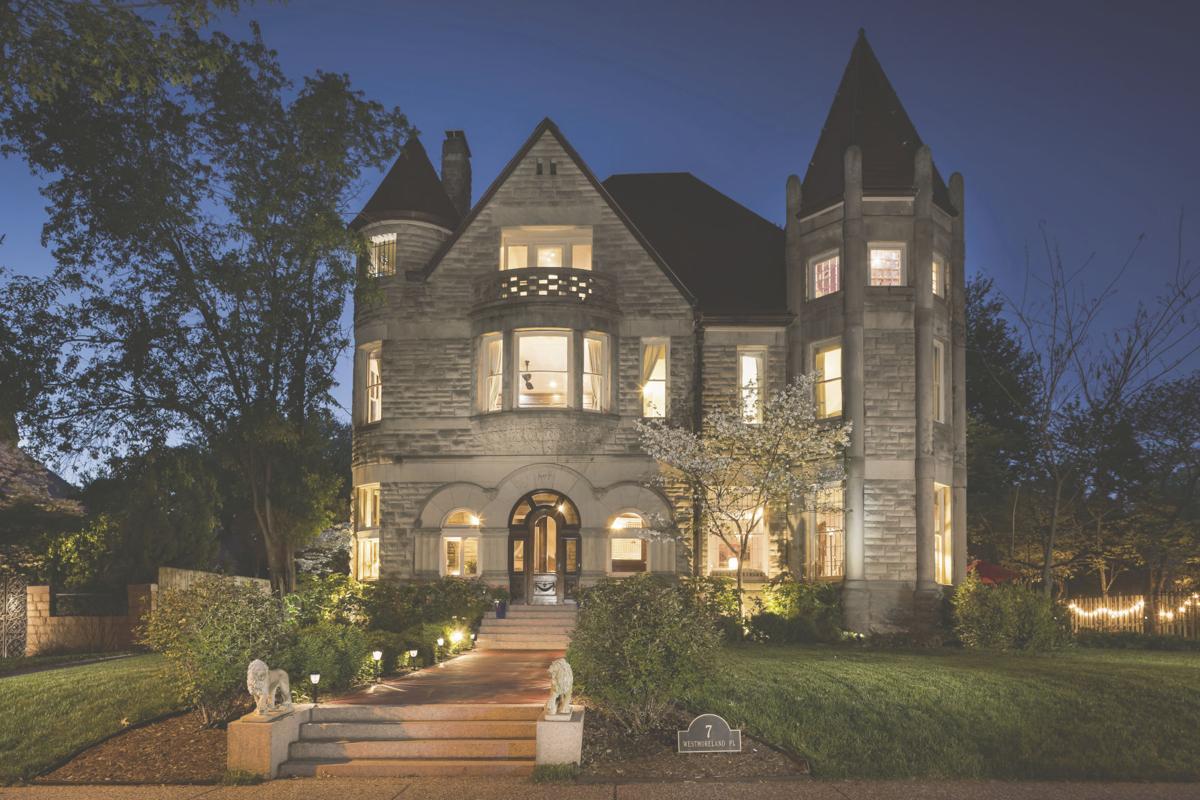 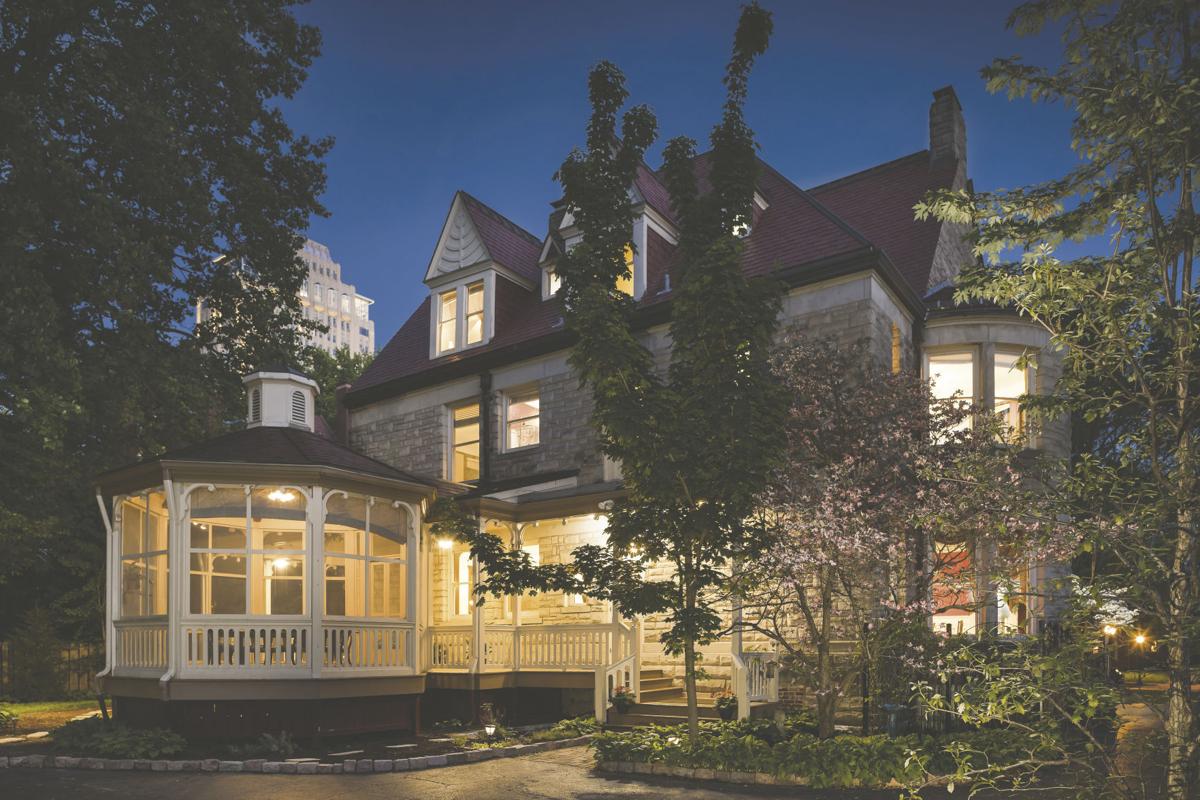 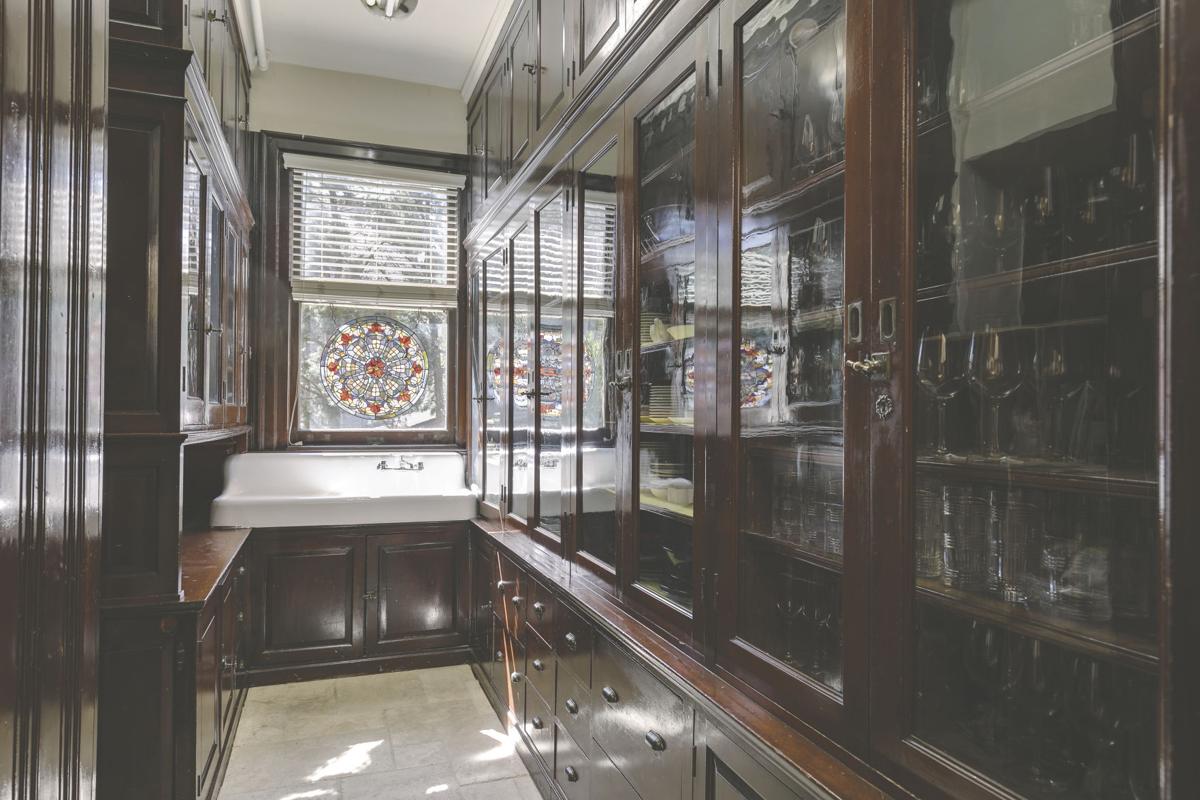 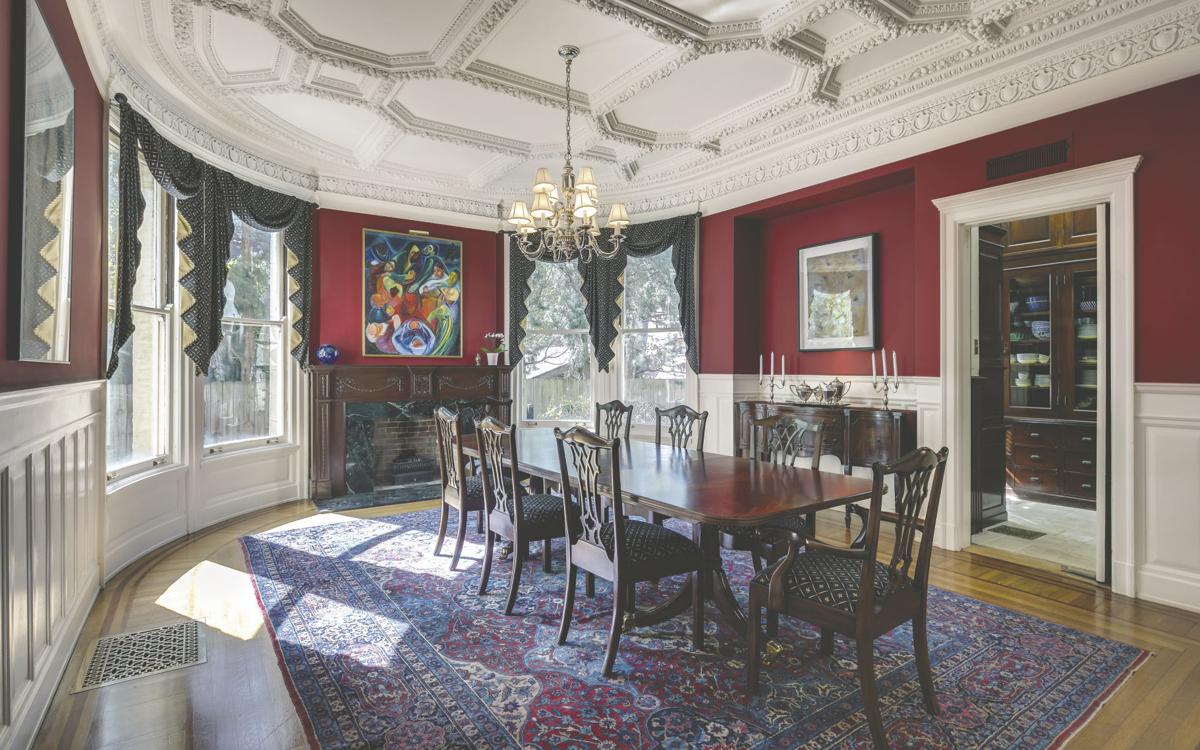 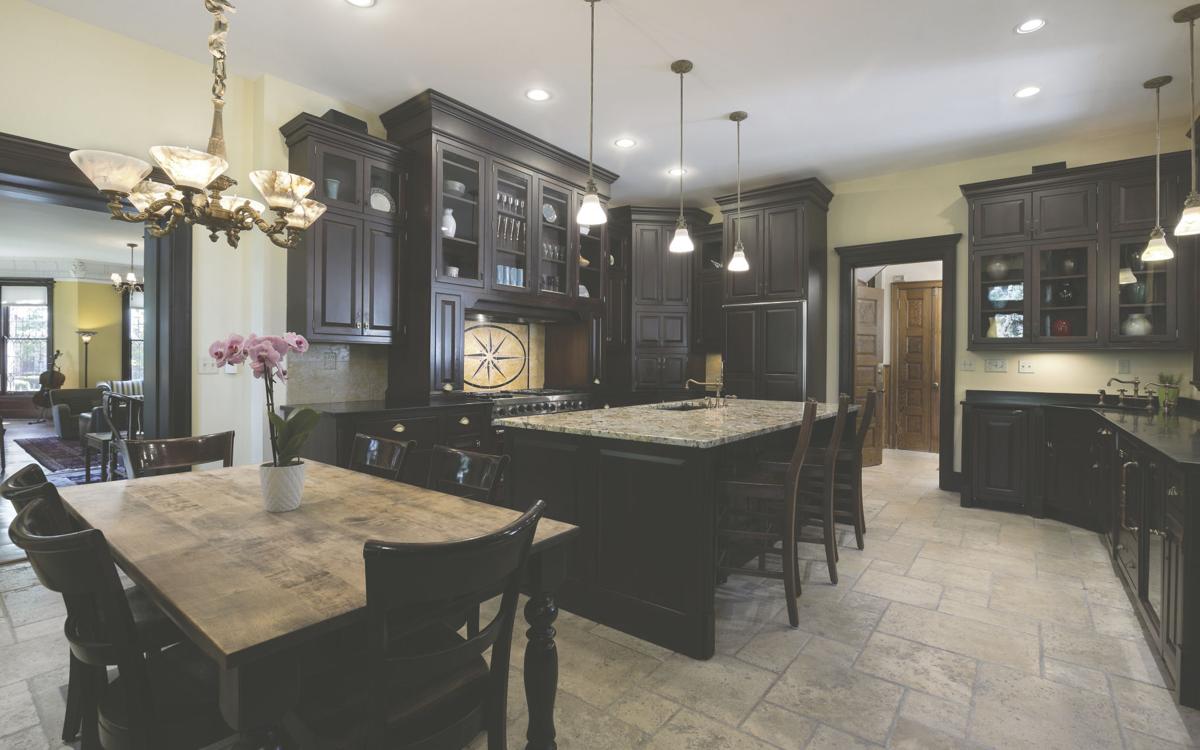 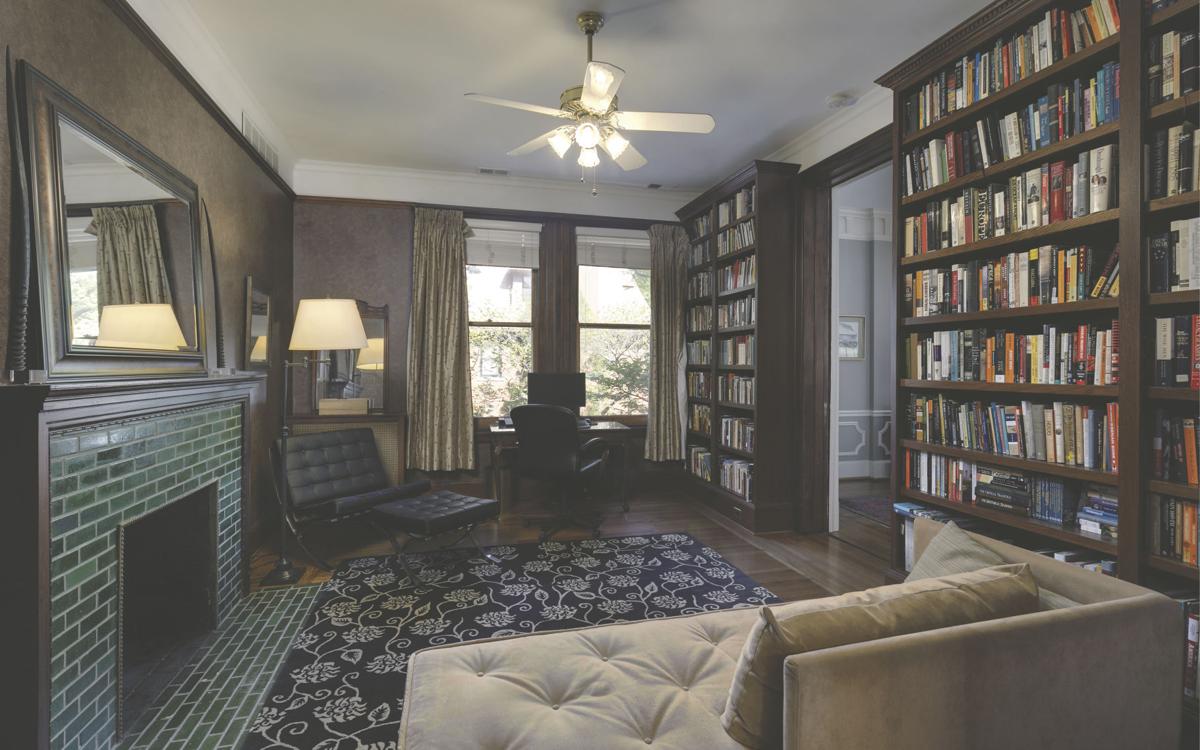 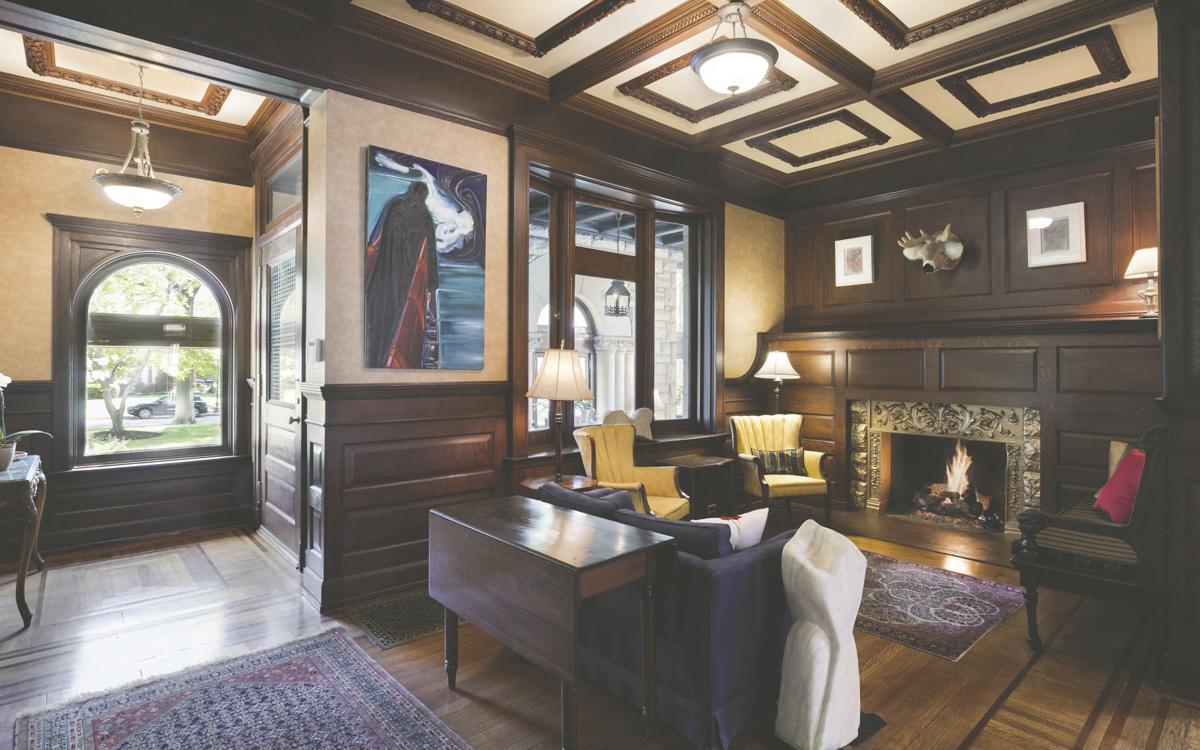 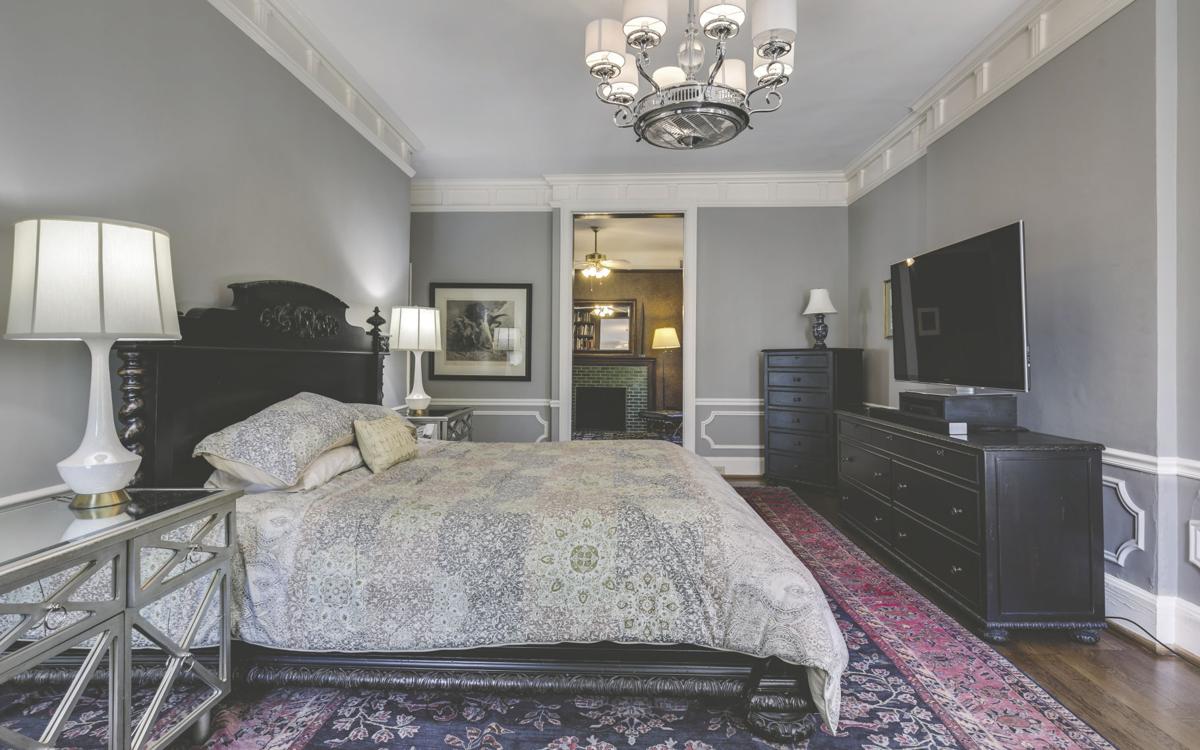 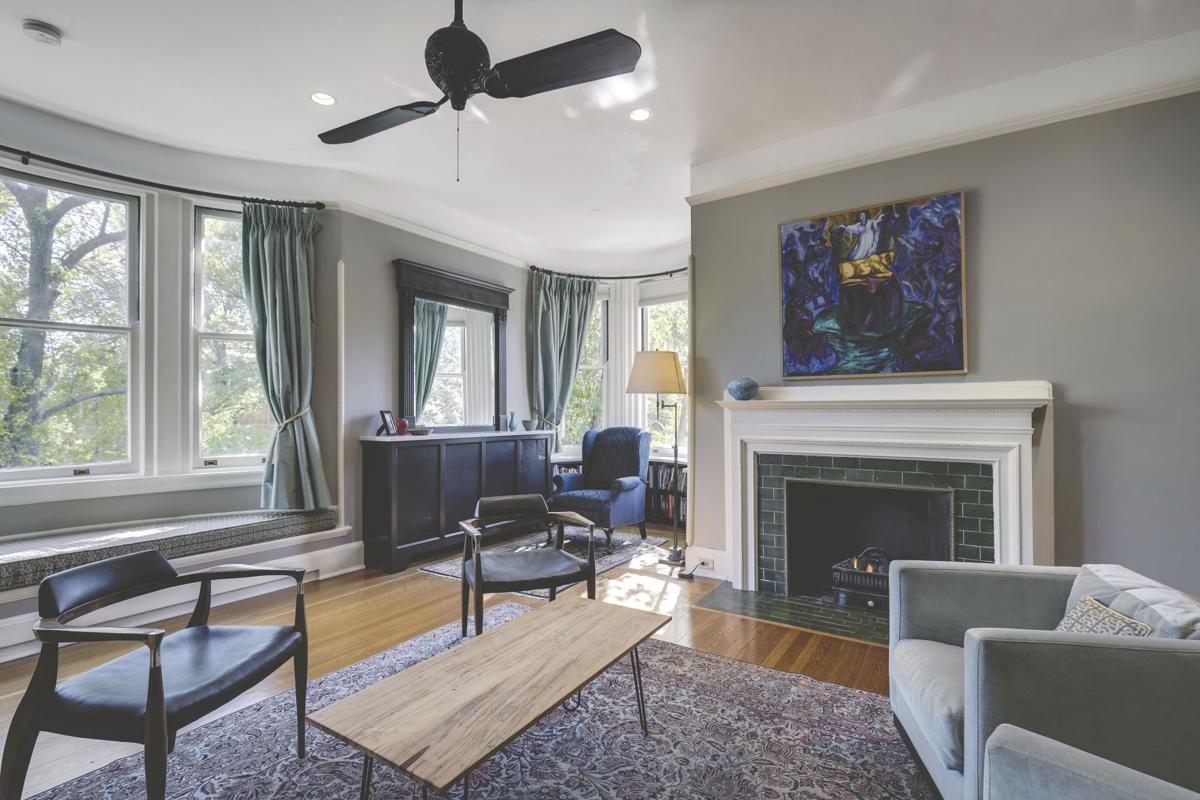 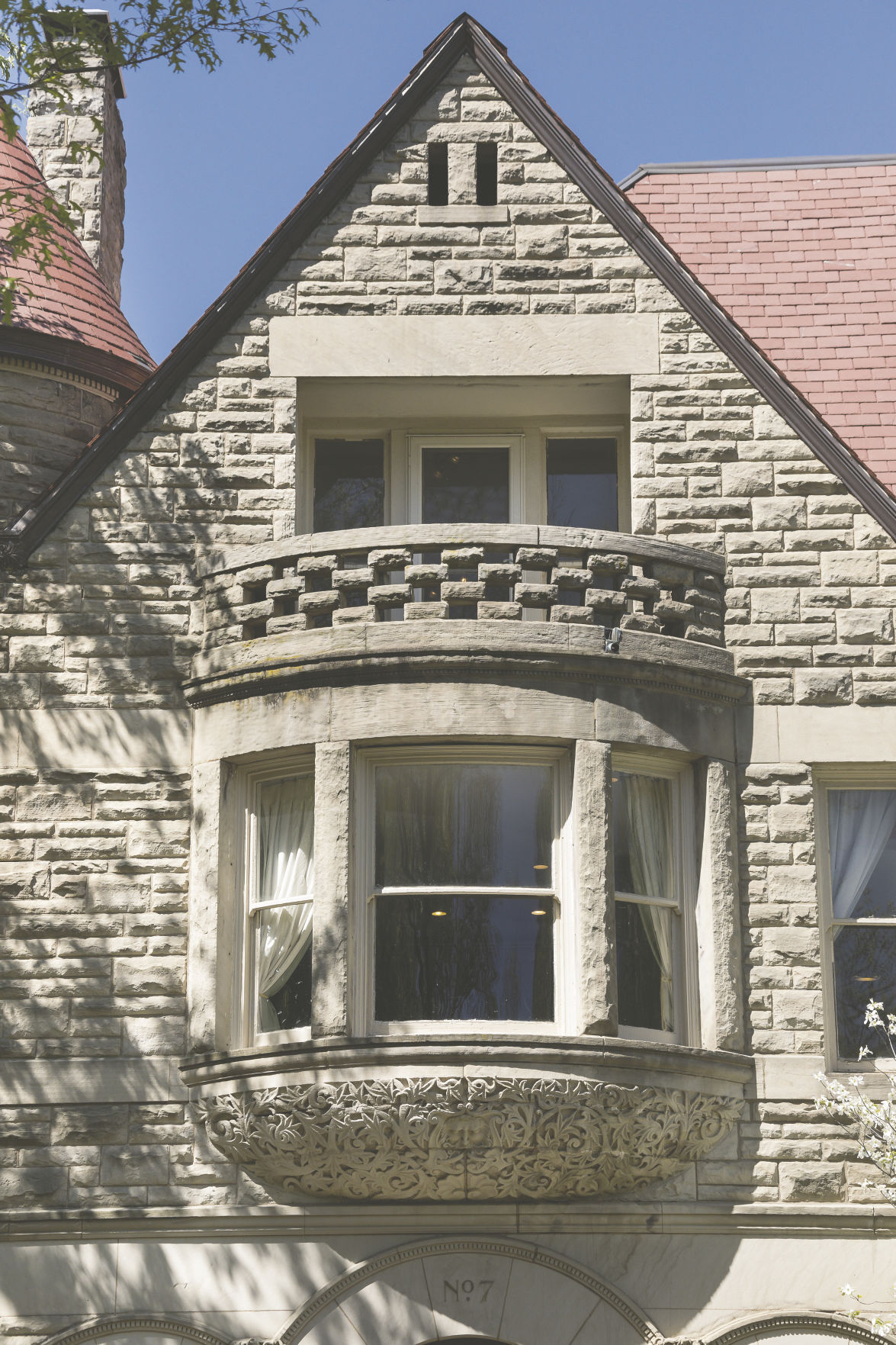 Background information on the property, which Ladue’s Janet McAfee Real Estate is brokering, dates it from 1890, known as the Gilded Age in the U.S. Admirers and even mere passersby, however, should rest assured that the mansion reflects absolutely nothing gilded and certainly not pyritic – it’s solid gold.

The background information previously mentioned describes the residence as “Romanesque-style.” John Milnes Baker’s compact American House Styles dates the heyday of Romanesque structures from 1880 to 1890, but opens the entry on them by disclaiming, “Perhaps ‘Richardsonian Romanesque’ would be a better term for this style.” Dating that style from 1885, Lester Walker’s more comprehensive American Shelter decisively titles its own overview “Richardsonian Romanesque.”

That eponymic adjective derives from the name of Louisiana-born Henry Hobson Richardson, whom Walker calls “one of the three greatest American-born architects (along with Louis Sullivan and Frank Lloyd Wright).” Even though Richardson lived only 48 years, from 1838 to 1886, his architectural vision enjoyed admiration nationwide.

“Several Romanesque houses were built in St. Louis, Chicago, Philadelphia and New York in the 1880s and 1890s,” Baker states. He precedes that statement, however, with something of a caveat: “Not a style for the masses, this pre-Gothic or English Norman-style mandated masonry construction. The massive rusticated walls and semicircular arches made these houses expensive to build. Never a popular residential style, even for those who could afford it, Romanesque houses were built for wealthy industrialists … ”

As the builder of the house under whimsical consideration here, Julius K. Hunter’s Westmoreland and Portland Places: The History and Architecture of America’s Premier Private Streets, 1888-1988 credits Pennsylvania-born lawyer Alexander Gilmore Cochran, who relocated to St. Louis in 1879 and, among other things, passed more than two decades as general solicitor for the Missouri Pacific Railroad and headed its legal department in the West, before dying in 1928 and being buried in the city’s Bellefontaine Cemetery.

The mansion occupies a lot that is just under half an acre large. Reflecting one of St. Louis’ nicknames, Lion of the Valley, a brace of those big cats guards the multiple-level stone steps leading to its grand entrance.

Within, the mansion’s above-grade area tops 6,600 square feet, with a full walk-out basement. Its three-plus stories incorporate 15 rooms, among them five full bathrooms, a single half-bath and six bedrooms. The second-story master suite alone includes a sitting room, a master bedroom measuring 25 by 18 feet (with a bathroom en suite) and a spacious dressing room adorned with custom cabinets.

Otherwise, a 33- by 19-foot family room graces the mansion’s third story, and its rear porch and enclosed gazebo overlook a garden shaded by mature trees and plantings.

As final lagniappes, the property includes a workshop/hobby area and, perhaps to shelter a 2021 sports car or two, a three-vehicle garage.

Arin Jura started Arin Solange at Home to share her DIY hobby with friends and family; however, it quickly broke beyond her circle.

Create a chic, global look in your home with tribal-inspired geometric patterns in easy-to-live-with neutral hues.

Living in a landlocked area doesn’t mean you can’t invite coastal design elements into your home. See how a local designer makes it work beautifully.