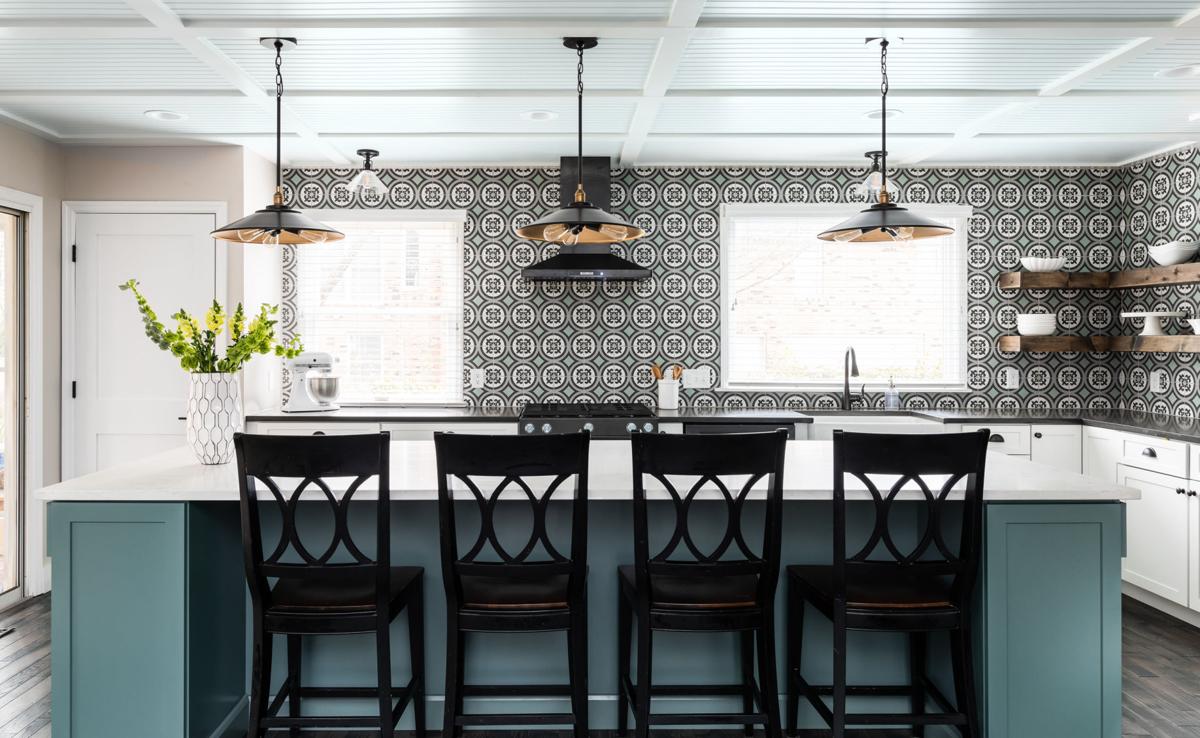 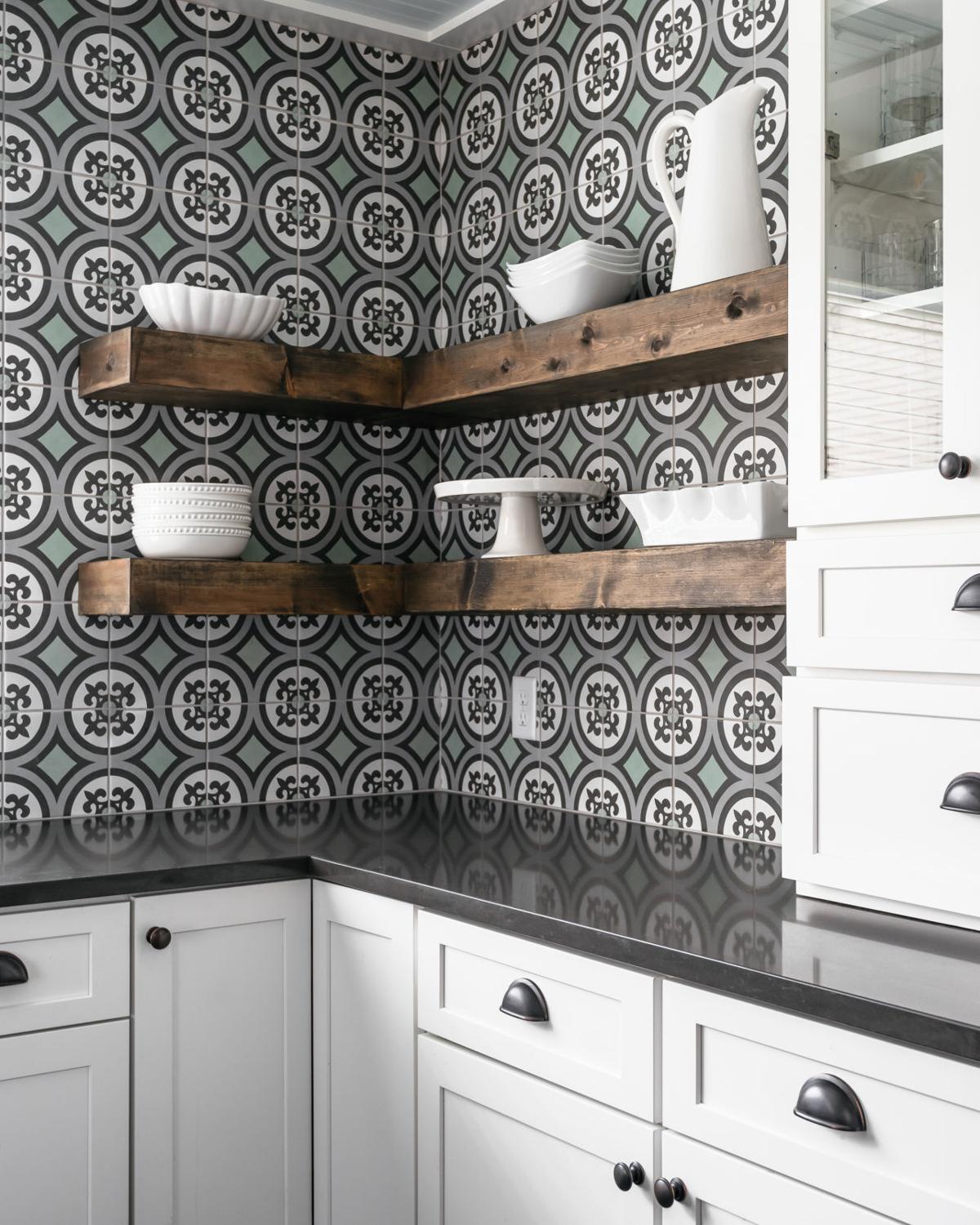 In Chesterfield, the nearest “beach” is the muddy shores of the Missouri River. Yet Jennifer Chapman’s client wanted her home there renovated with the aesthetic of a cozy coastal cottage.

“The client lived in North Carolina for several years,” explains Chapman, a senior interior designer for LU Design Build in St. Louis. “She was fearless – not afraid to be bold or different. She really wanted to make a statement, and that is always fun!”

The client embraced bold colors and patterns, starting with the kitchen island’s turquoise cabinets with quartz countertops. From there, they agreed to make a statement with an eye-catching tiled wall.

“Finding the tile was like hitting the jackpot because it pulled all of the pieces together so beautifully,” Chapman says.

Updating the 34-year-old home involved removing a wall that closed off the kitchen from the great room, as well as installing modern fixtures and finishes. Black stainless steel appliances gave the room’s necessary components a sleek and sophisticated appearance. Above the kitchen island hang bronze, cone-shaped lighting pendants by Independence, Ohio’s Kichler Lighting, which Chapman says she found on Amazon.

“I didn’t want anything too obtrusive,” she adds. “They are a very simple shape, but the bronze underneath adds warmth to the cool grays and blues.”

Chapman says the kitchen ceiling presented the greatest challenge of all. Her team created the illusion of a coffered ceiling – traditionally a series of sunken panels and crisscrossing beams that form a gridlike pattern – by designing a grid out of flat stock and doing a beadboard (a form of tongue-and-groove paneling) in between.

“We had to figure out how we could connect the grid to the cabinet crown molding so that it looked natural and purposeful,” Chapman says. “We even painted the beadboard a soft, robin’s-egg blue as a nod to Southern porches. Those little details really help to create a well-thought-out, designed, unique space.”

A Central West End mansion dating from the Gilded Age dazzles the eye – and commands architectural and historical interest alike.

Create a chic, global look in your home with tribal-inspired geometric patterns in easy-to-live-with neutral hues.

Classic Asian elements are carved, painted and constructed in these décor pieces, integrating an appreciation for an ancient culture into your interior design. 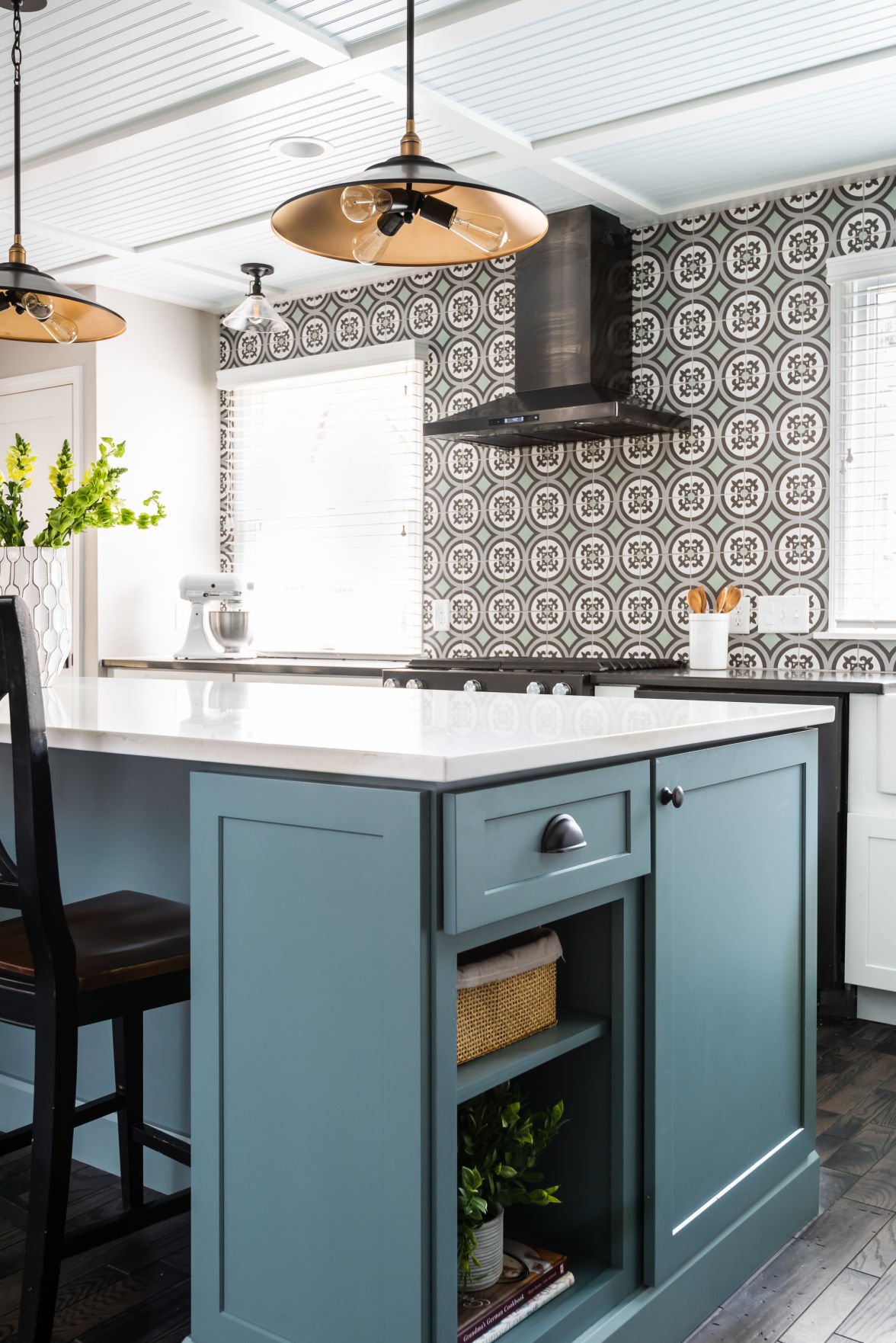