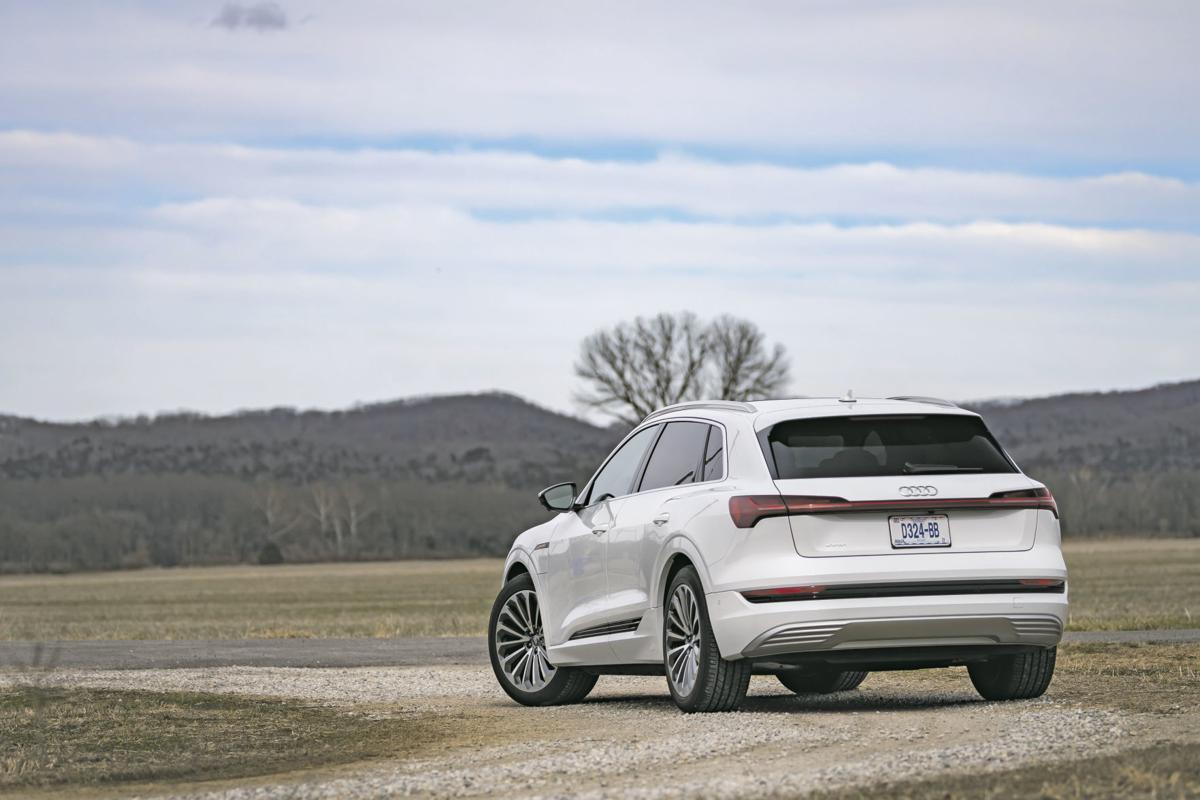 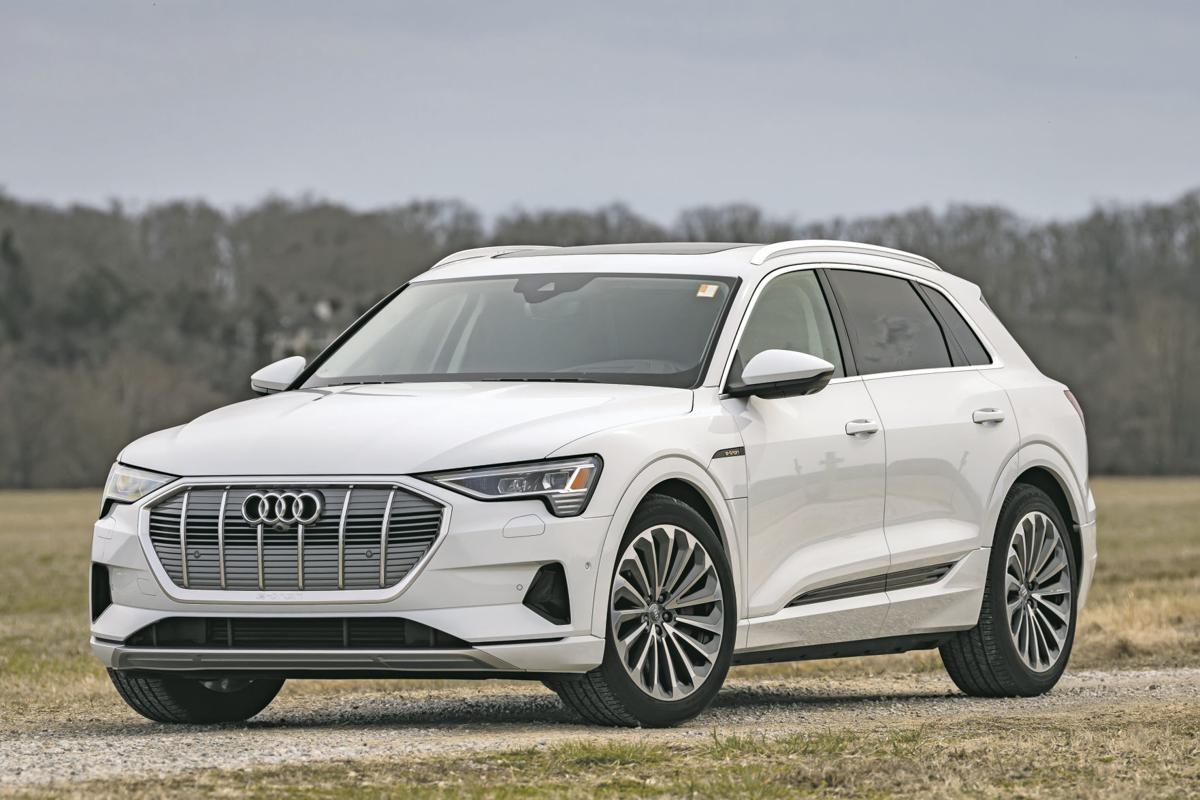 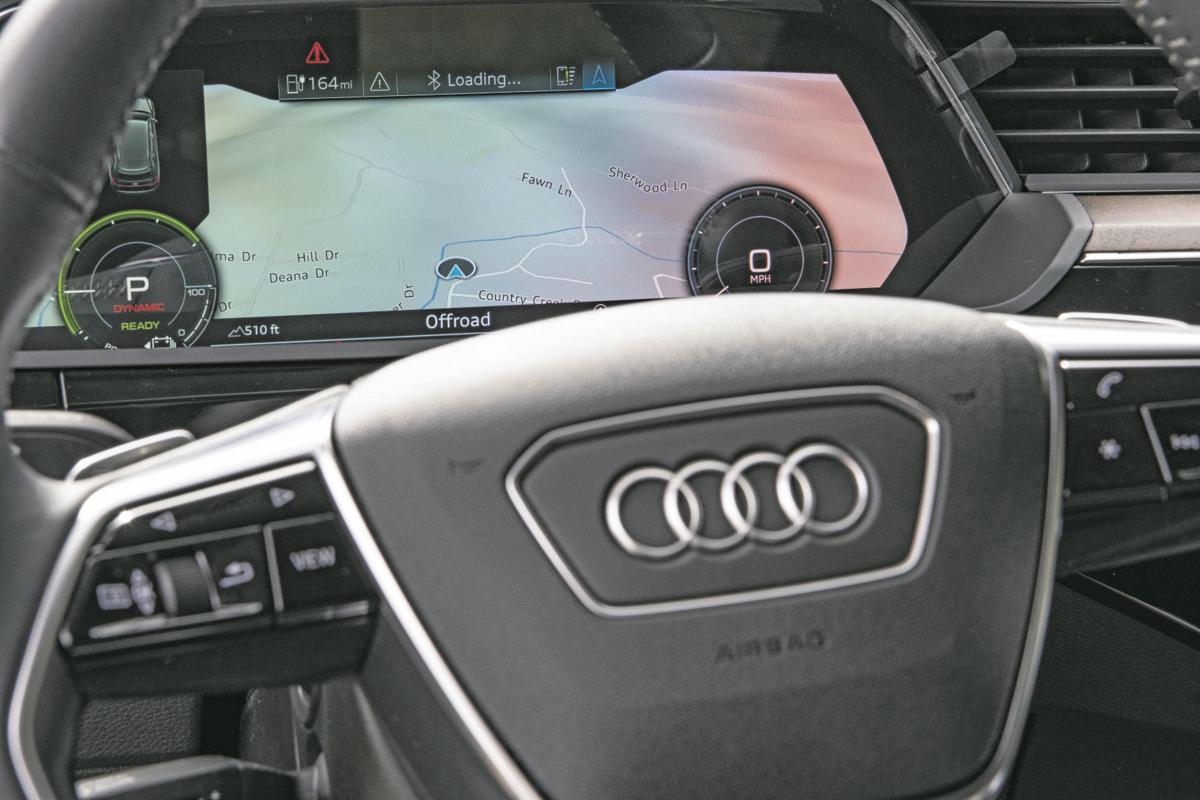 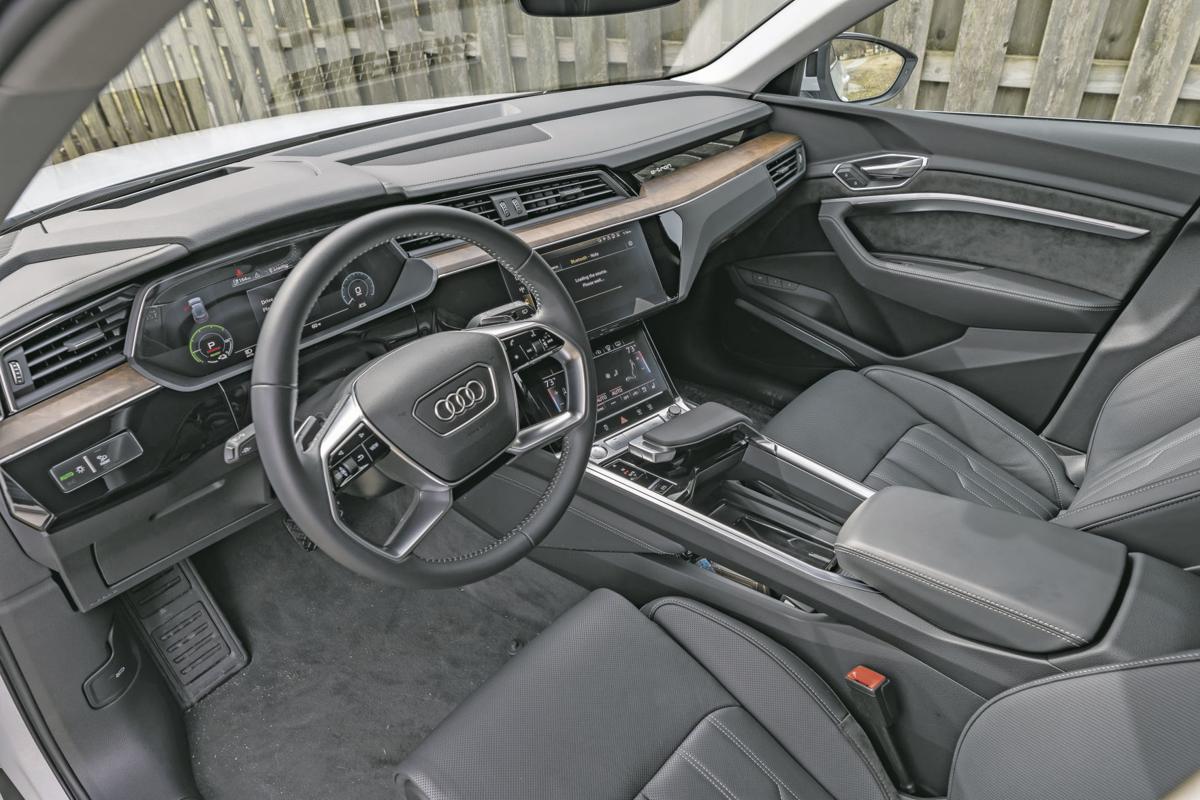 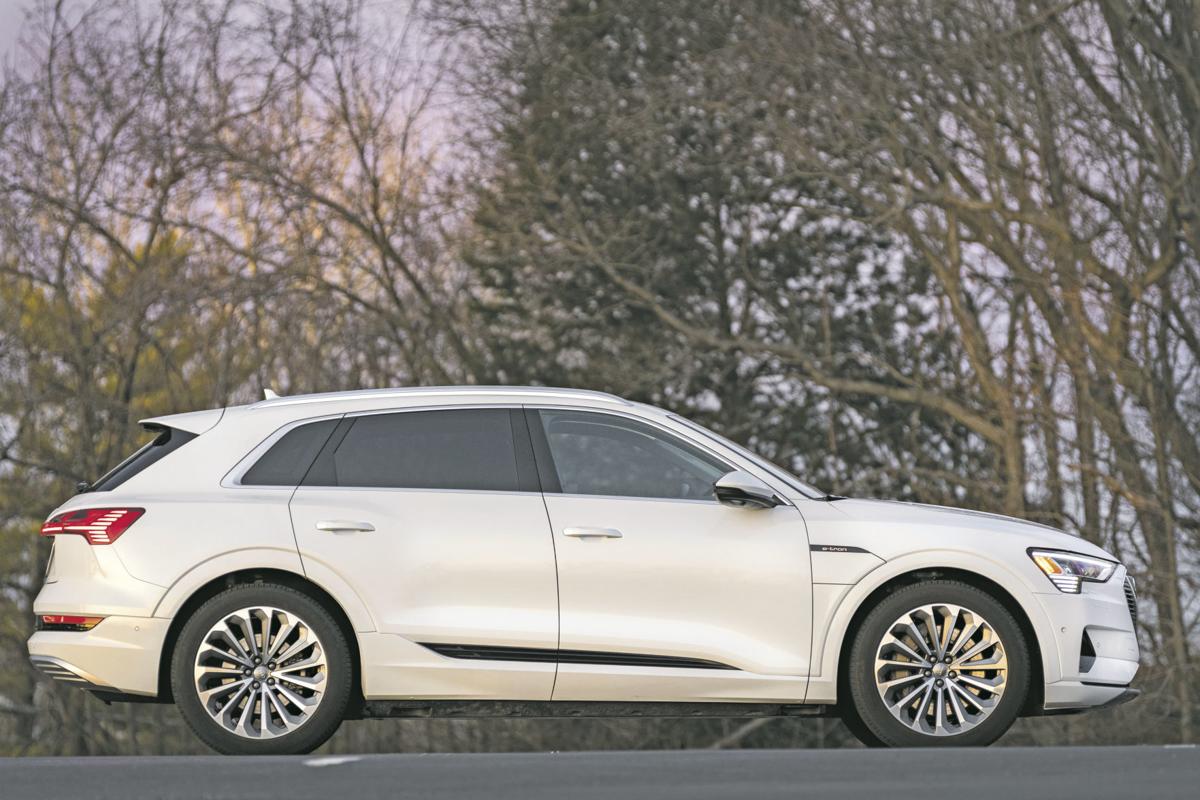 The first thing you might notice about the completely new and all-electric e-tron is that it looks conventional. It also looks distinctly Audi. Unlike the other electric alternatives, such as the radical Jaguar I-PACE and the all-its-own Tesla Model X, Audi wasn’t looking to blur boundaries with a styling departure. Instead, the case of the e-tron is made to suit typical SUV buyers: Why not make the switch without having to announce to onlookers that you’ve gone electric?

As electric cars become more mainstream, this trend of making them similar in look and feel to conventional gas-powered cars will likely continue. There are no hidden drive modes in the e-tron, the infotainment is updated but easily recognizable, and the controls, again, are very conventional. It’s easy to imagine a petrol-powered Q7 buyer transitioning easily to an e-tron.

Driving the e-tron, as with any electric option, is a unique experience all its own. Because the e-tron is based on an adapted platform, it’s quite a heavy car. At nearly 5,800 pounds, it’s more than 800 pounds heavier than the Jaguar I-PACE and 300 pounds heavier than a Tesla Model X 75D, even with its third row and bulky Falcon-wing, rear-door system. All that mass can be felt between stoplights – a delicate right foot feels sluggish off the line. Instead, generous use of battery juice is needed to feel any urgency, but that’s not to say it’s slow. It has two electric motors, one on each axle delivering a 40/60 power split combine to produce 355 horsepower and 416 foot-pounds of torque. That’s good enough to hustle the e-tron to 60 mph in about 5.5 seconds, but a throttle response that feels tuned to smooth over snappy gives a sense of being slower than it is. Both the Jaguar I-PACE and the Tesla Model X clearly feel quicker – and are, in practice. In keeping the family similarity intact, it’s as if Audi wanted the e-tron to deliver a similar performance to the Q7 55, which it does.

Tesla might have set the precedent that electric vehicles should do neck-snapping circus tricks, but that’s an unreasonable expectation. Most buyers simply don’t care about stoplight bragging rights – for most drivers, brisk merging power is enough, and the e-tron delivers that. Everyday comfort and confidence are going to be the focus for most buyers, and in those respects, the e-tron delivers. Highway speeds are Zen-level quiet, and the seats are exquisite, with ample adjustments and supple materials, combined with heating, cooling and massage functions. Cutting-edge features include all the driver aides, such as active-lane assist that stops just short of autonomous driving; radar cruise with the ability to bring the car to a complete stop; collision sensing; trailer maneuver assist; and the list goes on. Some are welcome, and others (like adjusting speed automatically to match nearby speed limit postings) are irritating. But fortunately, they can all be turned on and off à la carte via the infotainment center.

Similar to other electric options with low centers of gravity, thanks to the 95kWh battery pack being mounted at the bottom of the chassis, the e-tron handles better than expected, with unanticipated levels of grip and an almost agile feel. Audi’s regenerative braking system is appreciated for everyday driving, and it is worth noting. If you’ve driven an electric vehicle, you’re familiar with that feel of the accelerator pedal holding your foot hostage. You can either turn regenerative braking off and coast down hills and in traffic, or you can have it on and learn how to feather your right foot just so. The e-tron uses three levels that, in practice, can be almost unnoticeable, but that still reclaim that free energy. I only learned this because I noticed steering wheel-mounted shifter paddles and thought, “Why does an electric have paddles – there aren’t any gears?” As it turns out, those paddles are used to switch between the three levels of regenerative braking. The tick-mark indicators on the Active Dash are small enough to go unseen during my fiddling. But the system works well and, once set as desired, removes one of the more typical e-car frustrations.

Electric buyers ask different questions than other consumers, like “What’s the range?” The answer to that question is perhaps the biggest minus in the comparison chart for the e-tron, at only 204 miles. Although that’s plenty for the daily commute and nightly recharges, a metro area resident might balk at having to charge before a full trip to Kansas City. Forget about reaching Chicago on just one charge. A look at the PlugShare app reveals the rate of growth for available plug-ins to be exponential, but they’re still sparse in rural environs, which greatly limits the e-tron’s usefulness as a road-tripping choice.

Electrics are still first and foremost a lifestyle decision. Ever since Audi teased its first electric concept car in 2009, range and charging speed limitations have been a consideration in that decision. Charging speed has improved, range has improved, and charging locations are more plentiful, but “topping off” is still nowhere nearly quick and easy enough to be a non-factor in buying. But if electric fits your life, the e-tron is likely the most approachable option in its class. It skips the flash of the others, instead focusing on refinement of the proven automotive blueprint, and it feels and drives like the Audi you already know. The e-tron is a conservative and classy electric choice, and the one that best delivers a luxury experience.