Port, the No. 2 seed from St. Louis, earned a solid 6-and-5 victory over fellow Missourian Kathy Glennon of Wildwood, at the 5,732-yard par-72 at Cedar Rapids Country Club.

“I was steady – I think I missed maybe one fairway and two greens,” says Port, who has won this championship three times, most recently in 2016. “Kathy’s a really good player, and we’ve played a lot of golf together. She’s not the person you want to draw because she’s a great putter, steady, a fierce competitor. But by her admission, she was a little bit out of sync.”

Glennon was making her third appearance in the tourney. She qualified for it by shooting an impressive 74 on July 29 at Aberdeen Golf Club.

Although Town and Country’s Skip Berkmeyer earned another berth in a United States Golf Association tournament, he failed to capitalize on doing so.

Berkmeyer missed the 145 cut in the 2019 U.S. Amateur Championship played at Pinehurst Resort & Country Club in the Village of Pinehurst, North Carolina, finishing 19-over with a 159 on rounds of 83 and 76.

Berkmeyer has played in the U.S. Amateur 10 times – this being his 31st USGA championship.

Nienhaus claimed the girls’ tour division and overall titles by shooting rounds of 73 and 79 for an 8-over 152 win.

Coming in second was her Angels sophomore teammate Mia Rallo, who finished with a 153 on rounds of 76 and 77.

“Summer competition is now over, and I’m focused on a strong high school season,” Nienhaus says. “We have a great time together and Coach [Carol] Fromuth is a legend to play for. We want to win state again.”

He finished with an even 144 on rounds of 66 and 78 to claim the boys’ tour division and overall titles.

“It was a good confidence-booster and a good reminder that even if I have a bad start, I can always come back,” Guyot says.

Because of an opportunity for the Country Club of St. Albans’ Lewis & Clark Course to host the 2020 NCAA Division II Men’s and Women’s Championships mostly concurrent with the Metropolitan Open Championship, the latter competition is changing venues for next year, its 15th.

Lake Forest Golf & Country Club in Lake St. Louis will host what has become the premier state and regional open in the Midwest, which will take place next June 16 to 20.

The Lewis & Clark Course hosted the first 14 such championships.

Mel Rector, Lake Forest member, led the charge for the club to host the event. 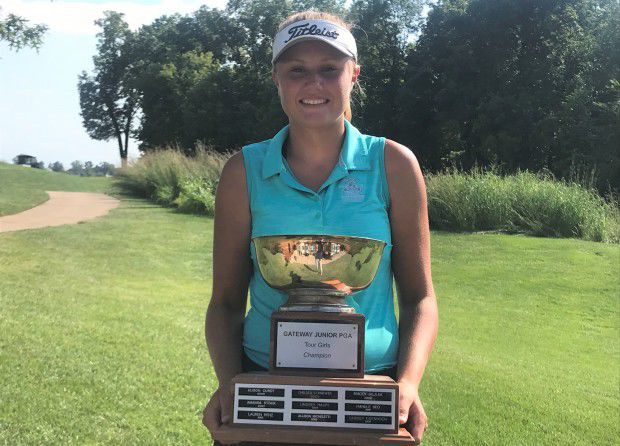 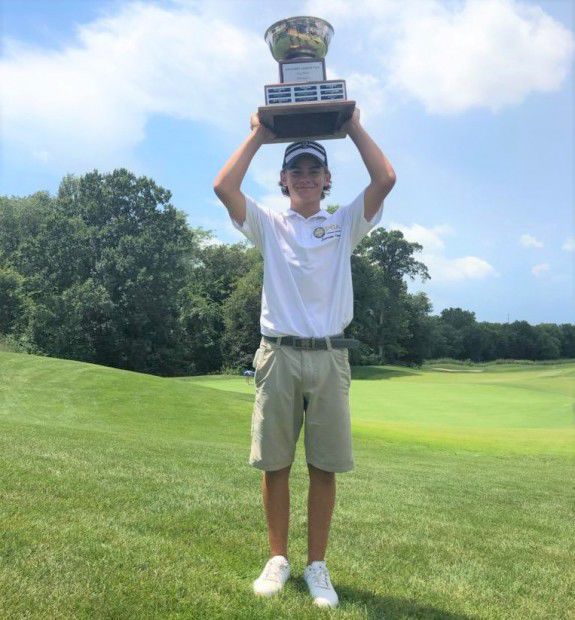