Story: Life is tranquil if not overly exciting, circa the 1820s, in the Russian countryside near St. Petersburg, where Madame Larina lives with her daughters, Olga and Tatyana. While Olga sings a love song, Tatyana is content to read a romance novel. Their nurse, Filippyevna, then announces that Olga’s fiancé, a poet named Lensky, has arrived accompanied by his friend Eugene Onegin, an aristocrat visiting the region.

Tatyana is smitten with Onegin, who has recently inherited his wealthy uncle’s estate, and soon professes her love for him. Although courteous, Onegin dismisses Tatyana’s affections, saying he will not be marrying any time soon. Tatyana is crushed by Onegin’s response, unable to reply.

Later, at a ball held in Tatyana’s honor, Onegin flirts with Olga, sparking jealousy in Lensky. When Onegin persists in the flirtation, encouraged by Olga, Lensky angrily challenges him to a duel. The next morning, the two former friends meet on the field, where Onegin kills Lensky. Riddled with guilt, Onegin leaves St. Petersburg and travels to Europe.

Attending a soirée some five years later, Onegin is struck by the beauty and poise of Gremin’s wife, who turns out to be Tatyana, now grown and sophisticated. Onegin approaches her, and later privately professes his love for her.

Stunned to see Onegin after so long, Tatyana feels her former love for him reemerge. She tells him, however, that she is bound to honor her marriage to Gremin, bidding the unhappy and lonely Onegin farewell forever.

Other Info: UAO previously produced “Eugene Onegin” in its 2003 season. The three-act presentation moved along nicely at a pleasing pace, finely directed by Octavio Carendas in her UAO directorial debut. UAO artistic director Scott Schoonover led the tight, well-informed orchestra in a carefully phrased reading of Tchaikovsky’s lush score, filled with the emotional tugs for which he remains known.

Tchaikovsky and Konstantin Stepanovich Shilovsky wrote their libretto based on the novel by Alexander Sergeyevich Pushkin. “Eugene Onegin” premiered in Moscow on March 29, 1879. It was first performed in the U.S. at New York City’s Metropolitan Opera in 1920.

Robert Garner, an ensemble member of The Metropolitan Opera extra chorus since 2007, lent his fine baritone capably to the title role, and William Davenport did well as Lensky. Mezzo-soprano Debbie Stinson nicely filled the role of Madame Larina, Victoria Carmichael was solid as the nurse, and Isaiah Musik-Ayala was convincing in the role of Gremin.

Choreographer Jennifer Medina led the cast through numerous pleasing moves across Patrick Huber’s innovative set design, which changed to accommodate different scenes, all favored by his complementary lighting design. Teresa Doggett dressed the players in attire suited to the 1820s period in which “Eugene Onegin” was set, and properties designer Laura Skroska added touches to enhance the look of the production.

“Eugene Onegin” will be followed by productions of Verdi’s “Falstaff” and Sondheim’s “A Little Night Music,” from July 29 to Aug. 6 and Aug. 19 to 27, respectively, in UAO’s new season. UAO’s polished rendition of “Eugene Onegin” set the bar high for the two shows to follow.

Alice Walker’s Pulitzer Prize-winning novel and its subsequent film and stage adaptations are given a wonderful, passionate and exemplary interpretation in The Muny’s premiere presentation of this life-affirming story. 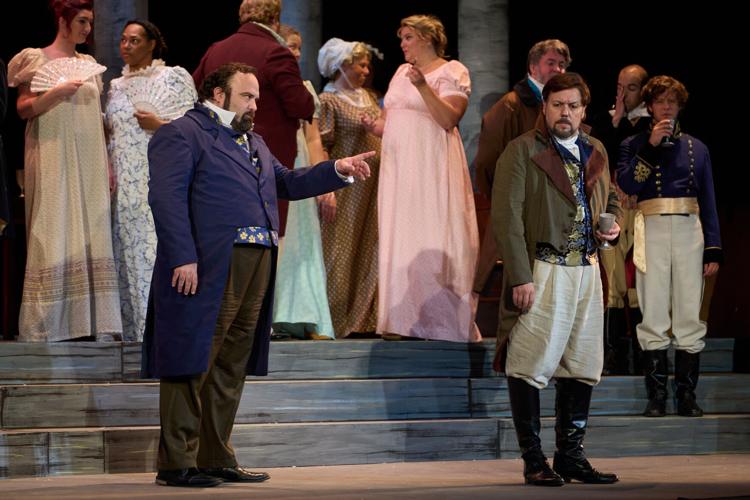 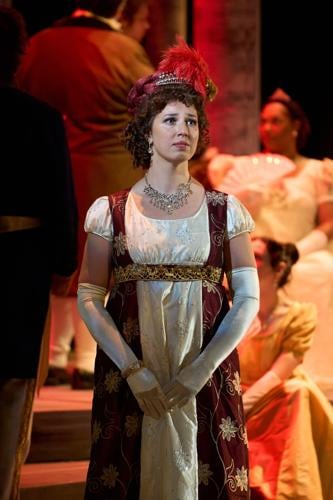 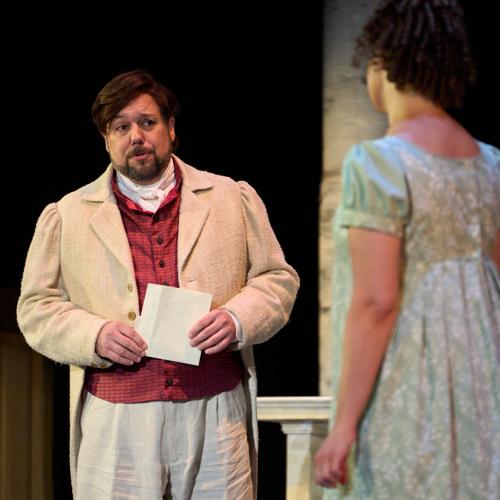 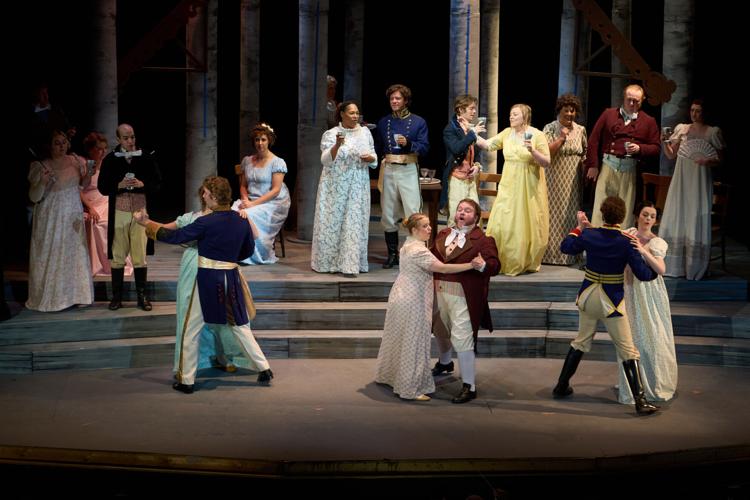