Welcoming everyone from celebrities to politicians to entertainers, The Chase Park Plaza Royal Sonesta Hotel, the landmark hotel towering above St. Louis’ Central West End neighborhood, has a rich history to celebrate as it marks its centennial with two events its organizers are calling “Starlight Dance Soirée through the Decades.”

“From who has stayed at the hotel through the years … the presidents of the United States … to the Rolling Stones – Mick Jagger used to float in our swimming pool! – to performers including the Rat Pack and Liza Minelli, and the ballroom [playing host] to the 200th birthday party of St. Louis in 1964, The Chase has made a mark on so many St. Louisans,” notes Frederik Houben, the hotel’s director of sales and marketing.

It’s only fitting that the commemoration of The Chase’s centennial is slated to be as glamorous as its history, with a culinary and cocktail journey through the decades set to cabaret music on July 15 and Oct. 21.

Guests will gather for the festivities in the luxurious Starlight and Zodiac rooftop ballrooms – made famous in the 1940s for hosting evening shows with top entertainers, as well as nationally broadcast Saturday afternoon tea dances. The indulgent evenings will provide a lavish array of food stations featuring historical menu items from the hotel’s past.

Amid the fine dining experience, expect a live performance of cabaret music from a three-piece band and two singers. “The Cabaret Project of St. Louis, led by executive director Tim Schall, and Anita Jackson will be performing music throughout the decades that has been sung here at The Chase,” Houben details. “We will have a place to dance or just sit and relax, and we’ll be piping in more music afterwards so guests can continue to enjoy the evening and stay and dance the night away!”

The Chase Hotel, built by attorney-developer Chase Ullman and designed by St. Louis architect Preston J. Bradshaw, opened to the public on Sept. 29, 1922, according to a press release. The Park Plaza Hotel was constructed by Sam Koplar and completed in 1929, and in 1961, the two hotels merged to become The Chase Park Plaza.

TICKETS: $95 per person (ages 21 and older only) includes dinner and drinks and self-parking at The Chase Park Plaza Garage. Valet parking is available for an additional $20. Check The Chase’s social media pages for a link to buy tickets online, or call the hotel at 314-633-3000. Space is limited.

The Chase Park Plaza's Construction in 1928

A Model Enjoying a Swim at The Chase Park Plaza

The Starlight Ballroom and Zodiac Room in 1940

A Band Performs on the Rooftop of The Chase Park Plaza

The Hunt Room, Now Known as The Preston Restaurant

Guests Enjoying the Outdoor Pool at The Chase Park Plaza

The View From the Street of The Chase Park Plaza

This trimmed-down version of an opera that premiered in 1995 at the Houston Grand Opera is filled with resonant music, expressive choreography and a story that tightens the first, unwieldy version into a moving piece from Opera Theatre of Saint Louis.

As monuments and memorials are being removed, reinterpreted and constructed across the U.S., metro area organizations Missouri Historical Society and Great Rivers Greenway have reassessed historical statues and started new commemorative projects.

Music and Dancing Energize the World Premiere of ‘Karate Kid, the Musical’ at STAGES St. Louis

STAGES St. Louis serves as the host venue for the dynamic, electrifying world premiere of “The Karate Kid, the Musical,” a show based on the hit movie, which shines in its pre-Broadway debut with spectacular choreography and a powerful, riveting rock score.

St. Louis’ The Muny Has Fan Favorites Aplenty in Store for 2022 Season

The Muny is ready to welcome its faithful patrons to another season of top-notch Broadway-caliber musical entertainment under the stars in Forest Park.

Latte Lounge + HG Eatery from Nyshaun Harvey and her dad, Larry Green, provides brunch offerings and specialty beverages, such as split-cup drinks and a latte flight.

Director Bruce Longworth puts the emphasis on the comedy with delightful results in this entertaining, enjoyable rendition by St. Louis Shakespeare Festival. 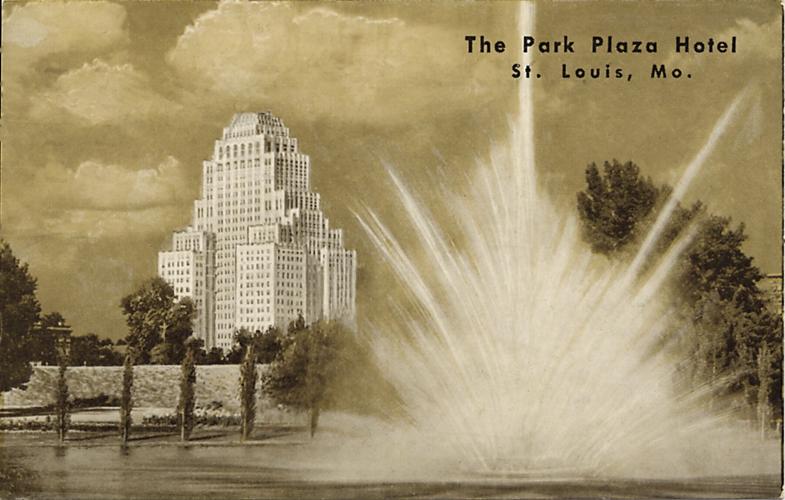 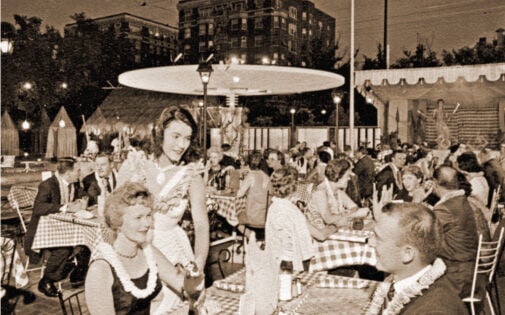