Musical: “Ain’t Too Proud – The Life and Times of The Temptations”

Story: The story of The Temptations, the Motown quintet whose rise to stardom in the 1960s led to them being called the “greatest rhythm and blues group,” is told by one of its founders, Otis Williams, in a show which journeys from their beginning in Detroit to their eventual selection to the Rock & Roll Hall of Fame.

Highlights: “Ain’t Too Proud” is filled with the smooth music, savvy lyrics and stylish moves that became trademarks of The Temptations, especially under the guidance of Motown founder Berry Gordy.

Other Info: The Fox Theatre celebrates the 40th anniversary of the remodeling of the 1920s show palace with this two-act “jukebox musical,” as shows about popular musical groups are termed. “Ain’t Too Proud” fills the venue with the easy lyrics and infectious melodies that propelled Otis Williams, David Ruffin, Eddie Kendricks, Paul Williams (no relation) and Melvin Franklin to the top of Motown – and that led the group to becoming one of the first and most successful of the “crossover” acts to appeal to both Black and white audiences.

The book by Dominique Morisseau is reminiscent of “Jersey Boys” in how it describes the group’s history. Where that Tony Award-winning effort, though, recounts the backgrounds of The Four Seasons in four versions, or “seasons” of the year to match its quartet of primary members, “Ain’t Too Proud” is entirely from the perspective of Otis Williams, the sole remaining member of the most famous version of The Temptations. As such, it can be repetitive.

Morisseau’s script is based on the book “The Temptations” by Otis Williams with Patricia Romanowski. The music and lyrics are from “The Legendary Motown Catalog” and feature many of the group’s most famous numbers, including “My Girl,” “The Way You Do the Things You Do,” “Just My Imagination,” “Ain’t Too Proud to Beg,” “Get Ready,” “Papa Was a Rolling Stone” and many others, often written by fellow Motown recording artist Smokey Robinson.

What “Ain’t Too Proud” has in abundance is wonderful singing by all involved, with the stylish dancing accompanying the tunes expertly performed, thanks to the talent of the players and the lively choreography by Sergio Trujillo. Under Des McAnuff’s direction, the performers take us from the days when Texan Otis Williams moved to Detroit, where he met two singers, Kendricks and Paul Williams, who had migrated north from Birmingham to the Motor City.

They were joined by Elbridge “Al” Bryant and Franklin, performing under various names, eventually becoming known as The Temptations. When Ruffin sang his way into the group, and Bryant departed in frustration, the best-known version of The Temptations had arrived. Success followed soon afterward.

The cast of this touring version of “Ain’t Too Proud” includes Marcus Paul James as Otis Williams, James T. Lane as Paul Williams, Harrell Holmes Jr. as Franklin, Jalen Harris as Kendricks and Elijah Ahmad Lewis as Ruffin. Their voices expertly match the familiar sounds of The Temps on their recordings, and their smooth moves convey the infectious way The Temptations performed their hits in concert and on TV.

Others in prominent roles include Brett Michael Lockley as Bryant, Michael Andreaus as Gordy and Lawrence Dandridge as Robinson. Najah Hetsberger portrays Otis Williams’ long-suffering wife, Josephine, and Gregory C. Banks Jr. appears late in the show as Otis’ grown son, Lamont, who knows his forever-traveling father sadly more from his recordings than in person.

Harold Wheeler’s orchestrations enhance the familiar tunes, which feature music supervision and arrangements by Kenny Seymour and music coordination by John Miller. Jonathan “Smitti” Smith is music director and conductor for the orchestra, which features Smith and Darryl G. Ivey on keyboards, Carl Burnett on guitar, Leo Smith on bass and Quinton “Q” Robinson on drums.

Robert Brill’s scenic design focuses on a marquee showing The Temptations headlining at The Fox Theatre in Detroit, complemented by Peter Nigrini’s informative projection design, not only for musical references but also with political and social headlines and photos of the ’60s. Costume designer Paul Tazewell dresses The Temps in slick suits and other hip attire of the day, and Howell Binkley effectively lights the stage. Steve Canyon Kennedy adds the sound design.

The book moves along a fairly straight timeline and acknowledges that the era of the “classic” Temptations in the 1960s and early ’70s was the group’s most successful. Four of the famous quintet have long since died from drugs, cancer and other afflictions.

Amazingly, though, Otis Williams still is performing some 60 years after the first performances of the group that became The Temptations, alongside some 25 different men who have portrayed them. It’s the way they do the things they do that keeps them performing their golden hits. 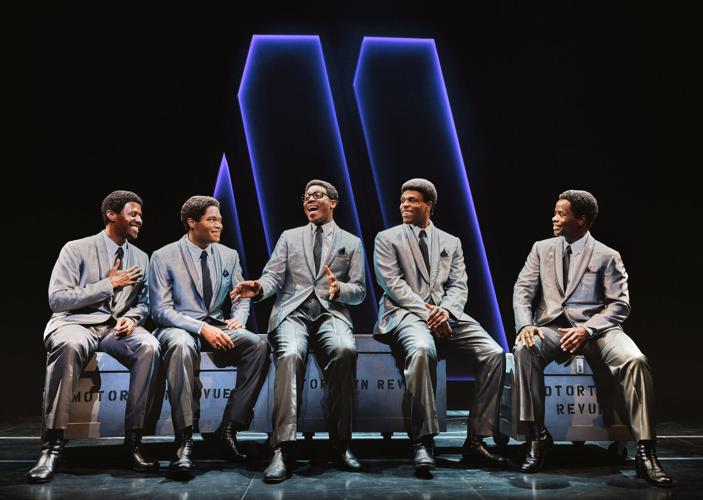 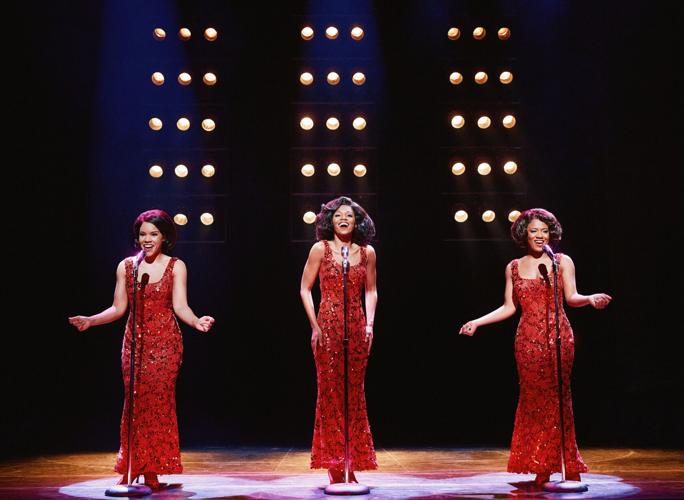 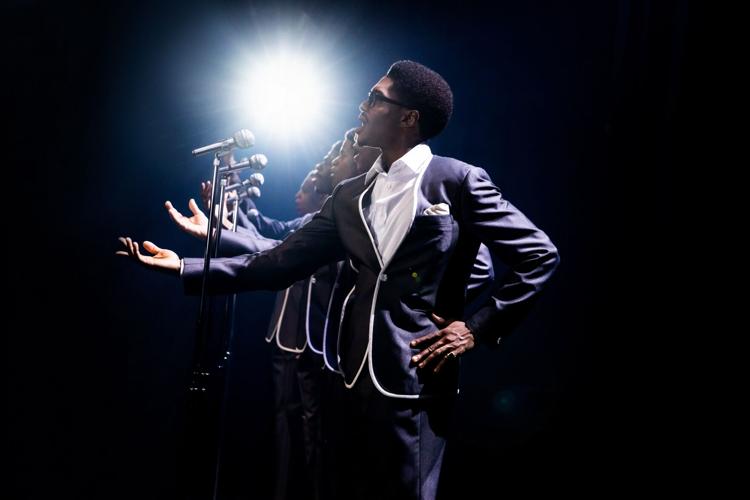