Although two-plus years have passed since the coronavirus arrived, the culinary arts here continue to struggle – and reflecting that, St. Louis’ Tempus teamed this month with the James Beard Foundation (a New York-based nonprofit seeking to “celebrate, support and elevate the people behind America’s food culture”) to host two benefit dinners in support of independent eateries.

“When COVID-19 hit, restaurants were faced with two distinct challenges,” says Drew Lucido, general manager and beverage director at Tempus, a “New American” restaurant in the Forest Park Southeast neighborhood. “The first was more immediate: How do we survive as a business and take care of our employees both physically and financially when we are faced with a virus that prevents us from gathering together?”

The second challenge, Lucido says, became more apparent as the pandemic ground on.

“We began to see the cracks in the foundation of what we had built our industry on,” he says. “How would we create, moving forward, a more equitable workplace where workers felt supported and able to thrive, one based on clearly defined practices and procedures instead of what had come before?”

The James Beard Foundation sought to tackle this issue soon after the beginning of the pandemic and launched Friends of James Beard Benefit dinners as part of its Open for Good initiatives. By partnering with independent restaurants like Tempus, it aimed to truly serve its mission and support the culinary arts when they most needed support.

“The dinners serve as fundraisers, where those restaurants that have benefited from the previous culture of the culinary world are able to donate their time, money and resources to help create a more equitable culinary world as we move forward,” Lucido continues, noting the foundation has made a point of supporting marginalized individuals in the culinary arts.

Chef Ben Grupe and his team at Tempus have crafted an incredible menu to match a carefully curated experience for guests at the benefit dinners. The events raised nearly $10,000 for the James Beard Foundation.

Tempus hopes to continue supporting the foundation with future collaborations and, along the way, keep spreading the word about the importance of backing the culinary arts here.

“Supporting local restaurants means supporting the community,” Lucido says. “During the pandemic, we all realized that the communal experience of eating and drinking was an important part of our lives, one that all of us missed and yearned to have back. The continued support of diners and the community allows us to create the special experience that we missed during COVID.”

This trimmed-down version of an opera that premiered in 1995 at the Houston Grand Opera is filled with resonant music, expressive choreography and a story that tightens the first, unwieldy version into a moving piece from Opera Theatre of Saint Louis.

As monuments and memorials are being removed, reinterpreted and constructed across the U.S., metro area organizations Missouri Historical Society and Great Rivers Greenway have reassessed historical statues and started new commemorative projects.

St. Louis’ The Muny Has Fan Favorites Aplenty in Store for 2022 Season

The Muny is ready to welcome its faithful patrons to another season of top-notch Broadway-caliber musical entertainment under the stars in Forest Park.

Music and Dancing Energize the World Premiere of ‘Karate Kid, the Musical’ at STAGES St. Louis

STAGES St. Louis serves as the host venue for the dynamic, electrifying world premiere of “The Karate Kid, the Musical,” a show based on the hit movie, which shines in its pre-Broadway debut with spectacular choreography and a powerful, riveting rock score.

Latte Lounge + HG Eatery from Nyshaun Harvey and her dad, Larry Green, provides brunch offerings and specialty beverages, such as split-cup drinks and a latte flight.

Director Bruce Longworth puts the emphasis on the comedy with delightful results in this entertaining, enjoyable rendition by St. Louis Shakespeare Festival. 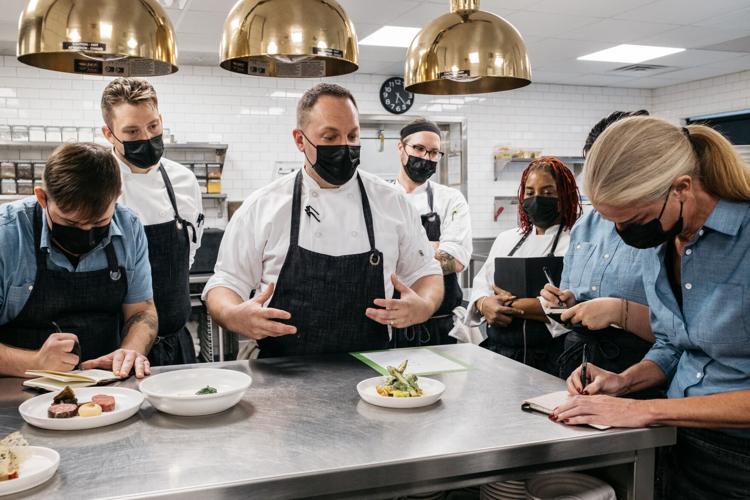 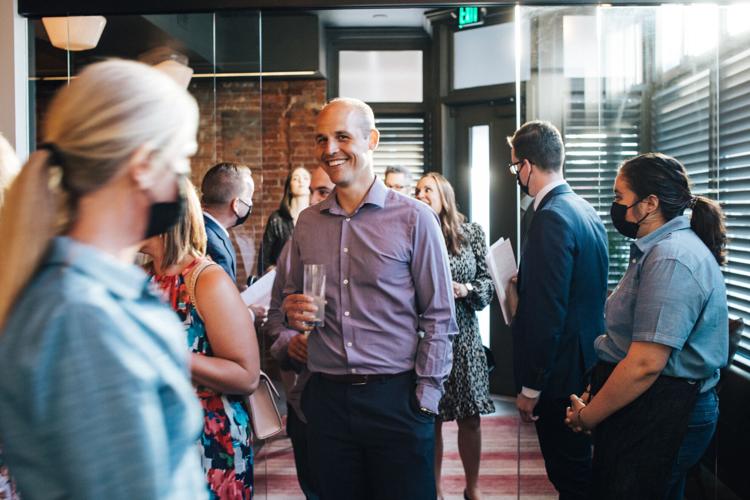