Play: “Much Ado About Nothing”

Venue: Shakespeare Glen, across from the St. Louis Art Museum in Forest Park

Dates: Through June 26 except Mondays

Highlights: Director Bruce Longworth puts the emphasis on the comedy with delightful results in the St. Louis Shakespeare Festival’s entertaining, enjoyable rendition of “Much Ado About Nothing.”

Story: Leonato, governor of Messina, welcomes Don Pedro, the Duke of Aragon and conquering hero of a recent battle, to spend time at his estate. Don Pedro is accompanied by a count named Claudio, and Benedick, a lord and soldier. Also joining Don Pedro are his illegitimate brother, Don John, and the latter’s companions, Borachio and Conrade, as well as a balladeer named Balthasar.

Benedick once had a relationship with Leonato’s niece, Beatrice, but the two harbor bitter memories of each other. Beatrice is displeased to see Benedick, but their friends conspire to bring the two together again by convincing each to each that he and she feel unrequited love for the other. Meanwhile, Claudio renews his courtship of Leonato’s daughter, Hero.

The vengeful Don John seeks to upset the plans for romance by convincing Borachio to have a rendezvous with “Hero,” who actually is her chambermaid in disguise. Witnessing this, Don Pedro and Claudio are shocked, so much so that the next day, Claudio calls off his marriage to the stunned and devastated Hero.

Surprised by Claudio’s action, Leonato is angered and humiliated at his daughter’s alleged “infidelity,” threatening her with death. Friar Francis, officiating at the ceremony, later suggests that Hero’s death be faked in order to elicit Claudio’s remorse.

Dogberry, the cocky and incompetent local constable, somehow manages to capture Borachio, who confesses to the dastardly deed he undertook at Don John’s request. Hero is exonerated and, after masquerading as her identical “sister,” weds the penitent and grateful Claudio.

Benedick, a confirmed bachelor who has long resolutely decried marriage, professes his love for the skeptical Beatrice, who reveals her mutual attraction to Benedick. They, too, agree to marry, and dual marital celebrations ensue at Leonato’s estate.

Other Info: William Shakespeare’s comedy is best enjoyed set in its time period, as the treatment of Hero is problematic at best and misogynistic with even a modicum of thought. Fortunately, Longworth has assembled a very strong ensemble, led by Claire Karren’s splendid portrayal of the acerbic, witty and headstrong Beatrice. Karren’s pointedly satiric jabs resonate in a voice that carries clearly to the farthest reaches of Shakespeare Glen, mining the humor in the story while defining Beatrice as a fiery, independent spirit.

Her counterpart, Stanton Nash, is consistently amusing as the overly confident Benedick, who chafes at Beatrice’s sharp tongue yet finds himself inexplicably attracted to her because of that feisty spirit. Nash elicits plenty of laughs as Benedick stumbles around Leonato’s garden in “hiding,” while he overhears the faux comments by Claudio, Don Pedro and others about Beatrice’s “pining” for Benedick.

Longworth moves the story along in two breezy acts, especially the dual scenes in the garden, one with Benedick and the other with Beatrice lurking in the shadows as they eavesdrop on “conversations,” including an abrupt dip in the fountain by Karren as Beatrice loses her balance.

Many fine performances keep the action moving at an agreeable pace. Chauncy Thomas shines as the genial Don Pedro, coaxing Claudio to pursue Hero and setting Benedick up for the latter’s own romance. Christopher Hickey is a welcoming, cordial Leonato, while also showing the governor’s brusque treatment of his daughter, even before allegations are proven.

Kenneth Hamilton is accomplished as the agreeable Claudio, who proves easily duped in his jealous love for Hero, and Sorab Wadia waxes menacing as the ill-humored and duplicitous Don John. Liam Craig is engaging as the language-mauling Dogberry, who somehow manages to capture Borachio, and Whit Reichert is a delight as Dogberry’s ever-faithful but dimwitted pal, Verges.

St. Louis Shakespeare Festival succeeds in finding the humor and accentuating it in its engaging and amusing rendition of “Much Ado About Nothing.” And it’s free, too.

8 new hobbies to try in the St. Louis area

“My wife has always loved cooking, and now I get to have my favorite food anytime and share it with everybody,” Donnal Chung says of his wife Frances Pham's light and healthy Vietnamese cuisine.

There’s no place like HOME, explains the Miles Davis aficionado who saved the East St. Louis property where he lived during his childhood.

“Ain’t Too Proud” is filled with the smooth music, savvy lyrics and stylish moves that became trademarks of The Temptations, especially under the guidance of Motown founder Berry Gordy.

The interactive exhibition "Coloring STL" aims to engage visitors through a community art project that pays homage to the unique, historical architecture of St. Louis.

Repertory Theatre opens its 2022-23 season with ‘House of Joy’

The Repertory Theatre of St. Louis opens its 2022-23 season with a new version of playwright Madhuri Shekar’s 2019 drama, “House of Joy,” a production visually stunning in its technical execution. 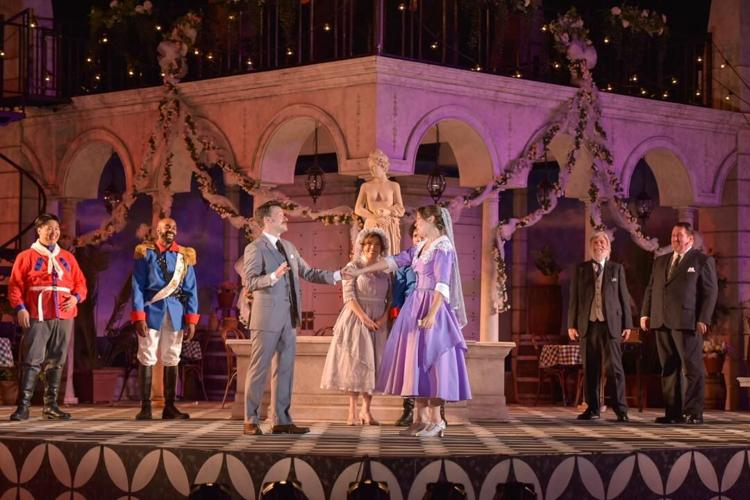 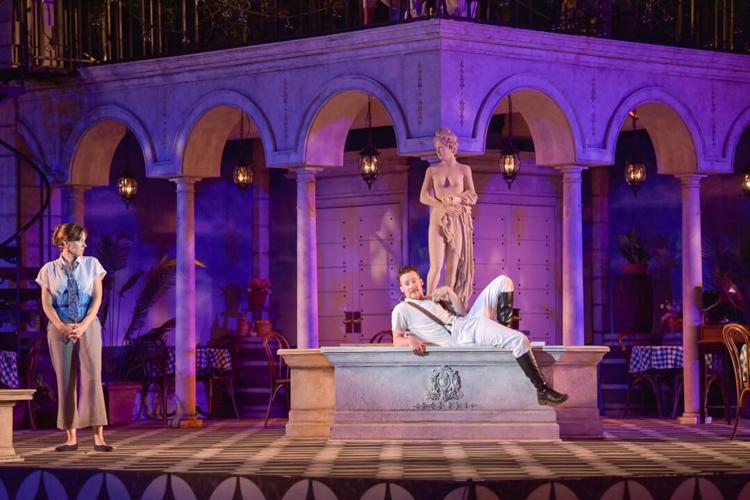 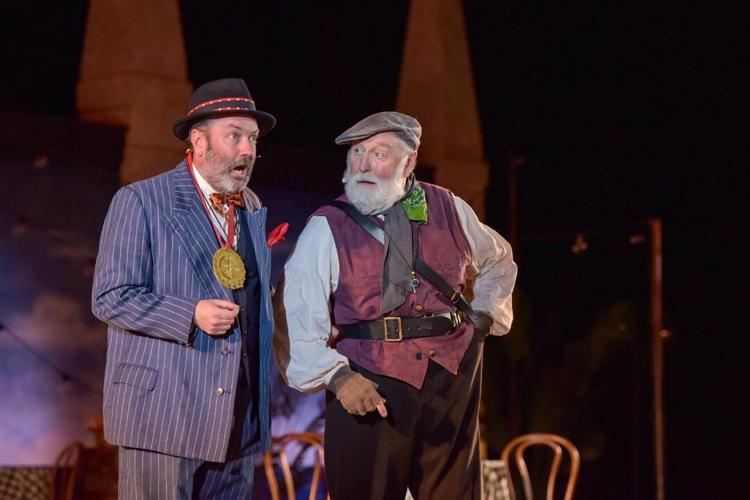