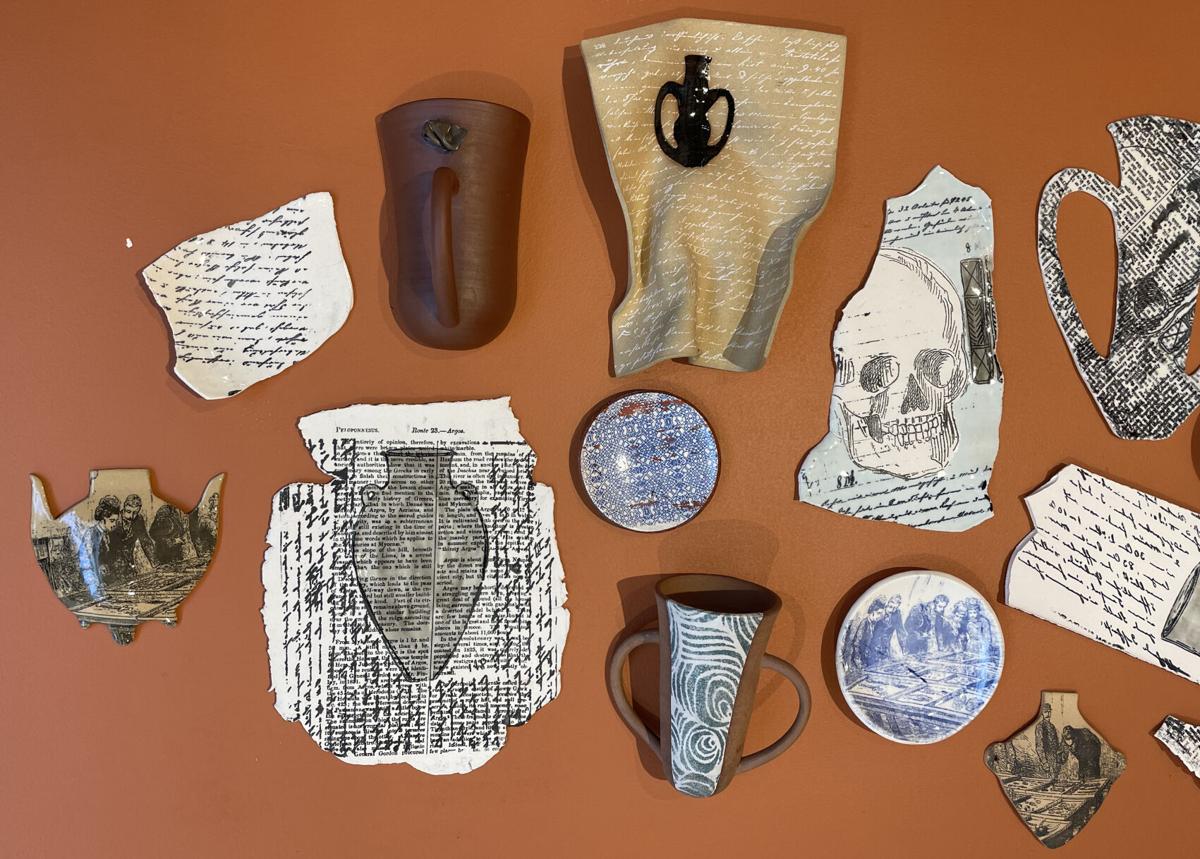 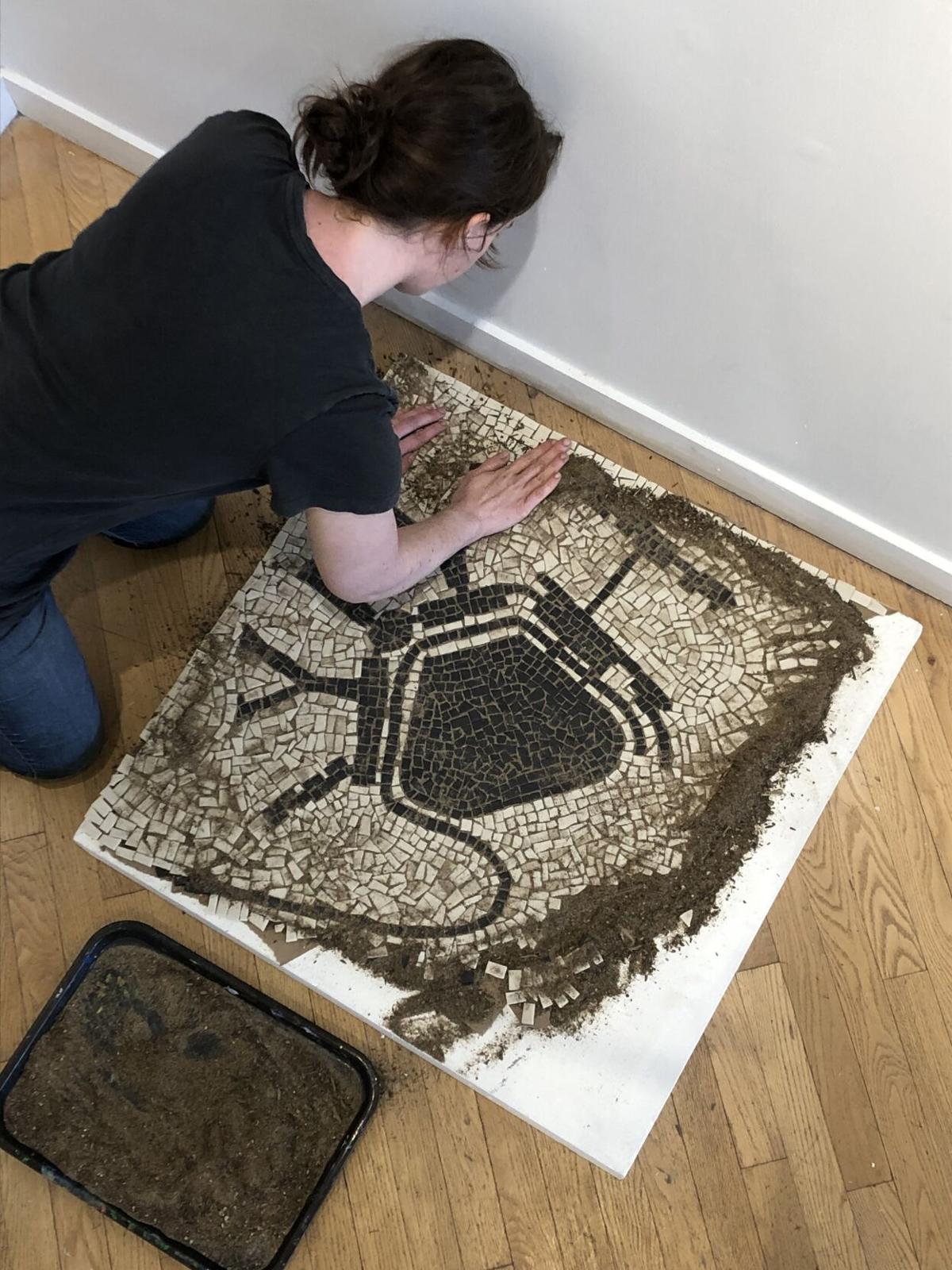 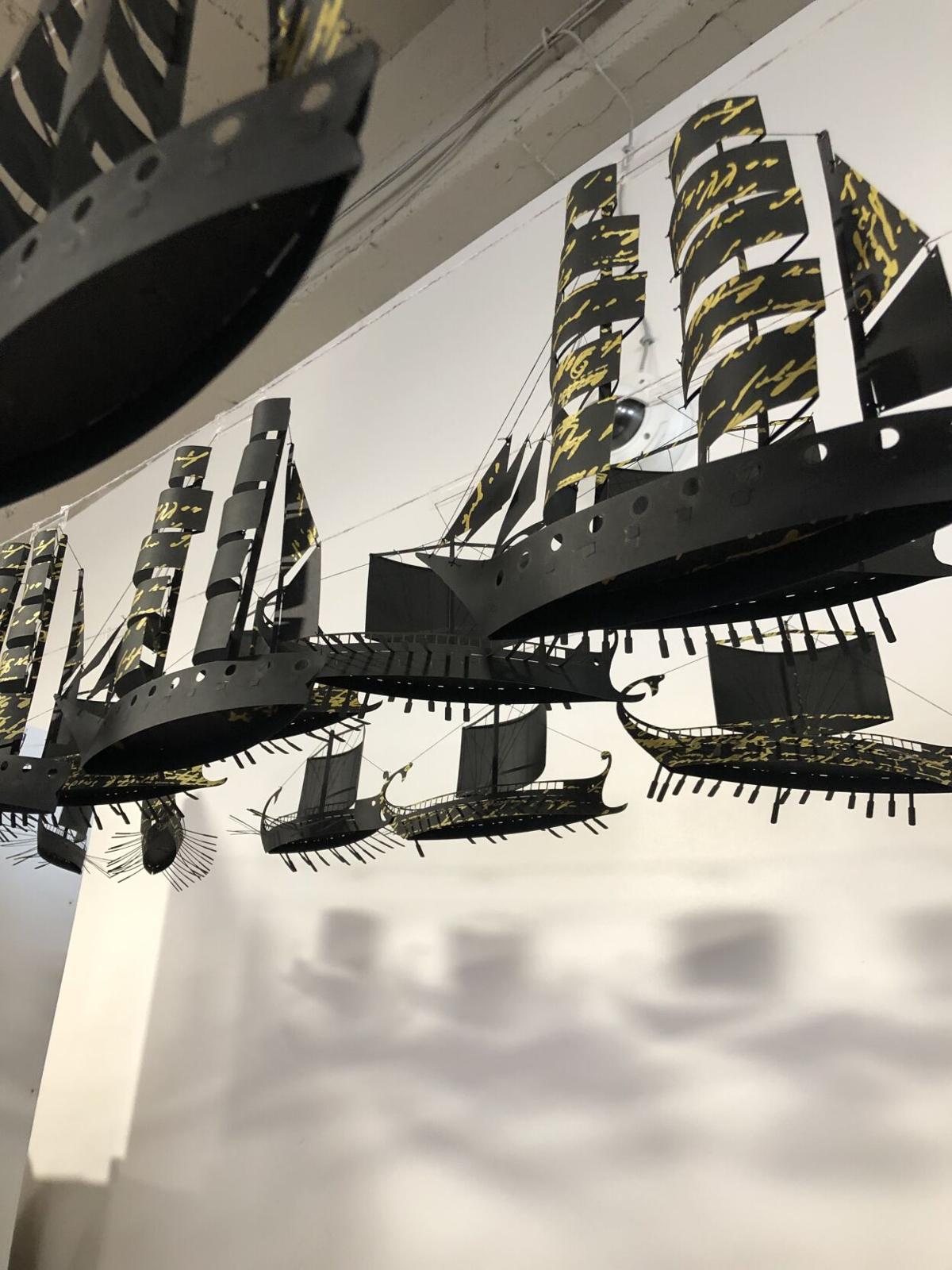 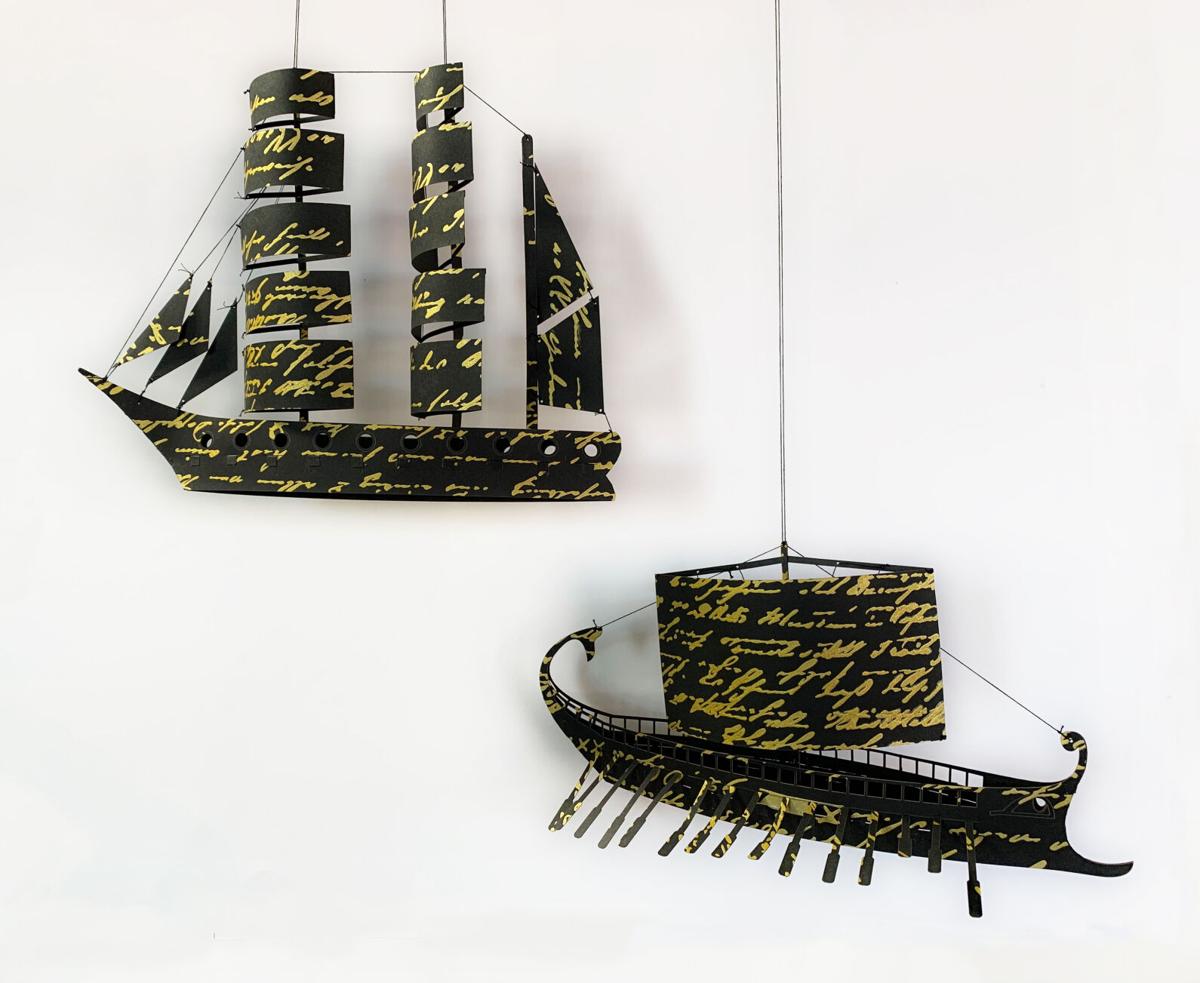 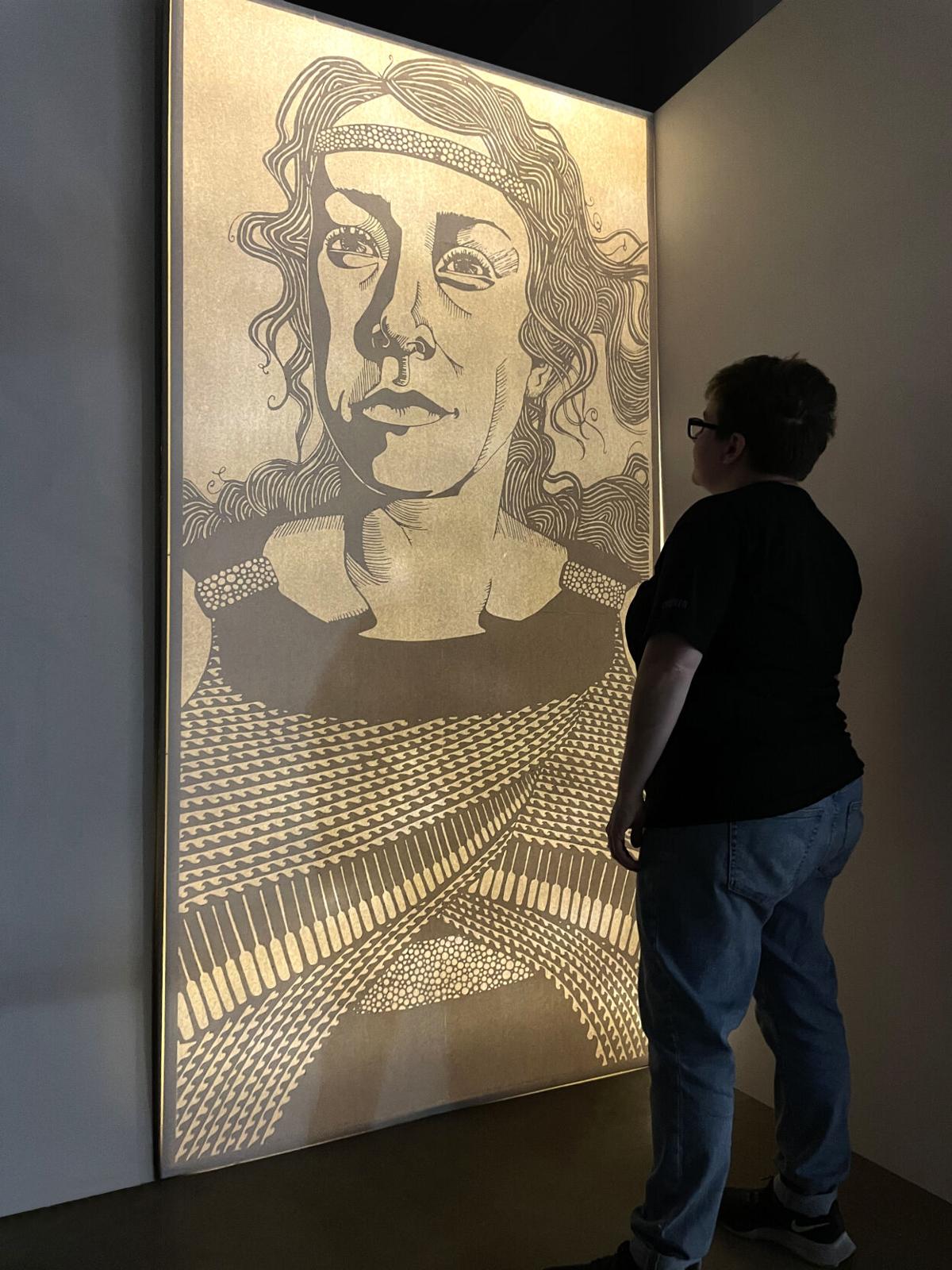 “Treasure and Tarnish: Heinrich Schliemann & the Age of Heroes” reflects a tandem effort from artists Abigail Lowe and Malaika Tolford. The free (but timed) exhibition runs till May 22.

Lowe, a St. Louis native who previously served as a Craft Alliance Artist-in-Residence in 2018 and the marketing associate for the nearby Third Degree Glass Factory till the COVID-19 pandemic hit, now teaches art locally.

Tolford, who has been working in clay for 15 years, teaches handbuilding and wheel throwing, as well as surface design, at Craft Alliance; she also sells both functional and decorative ceramics as Place Value Pottery.

Besides German and English, Schliemann could reportedly speak Arabic, Dutch, French, Greek, Italian, Latin, Polish, Portuguese, Russian, Spanish and Swedish. His linguistic skill thus coupled nicely with his other great talent, flimflammery, to permit him to fog, fib and fabulate in manifold languages.

Aegean civilization in general and the Homeric epics of the Iliad and the Odyssey obsessed Schliemann (who inflicted the names Agamemnon and Andromache on two of his offspring). In the last two decades of his life, in fact, Schliemann haunted the Mediterranean seeking the fact behind Homeric fiction – in particular, the ruins of ancient Troy.

Regarding his Bronze Age excursions and excavations, unfortunately, some detractors have characterized him as, basically, a moneyed vandal, and no less an authority than the National Geographic Society has denounced Schliemann’s practices and proclamations.

At Craft Alliance’s new location in St. Louis’s Delmar Maker District, Lowe and Tolford, a press release from the nonprofit art center notes, “present a new body of work exploring the power of myth in the making of truth.

“As a ceramicist and archaeology enthusiast, Tolford has delved into the materials, surfaces and imagery of Homeric antiquity, creating a collection of works to masquerade as Schliemann’s ‘discoveries’ from his digs throughout Greece and Turkey.

“Lowe uses her interdisciplinary training in literature and studio arts to create paper installations that contextualize Tolford’s objects within the frameworks of the Iliad and Odyssey, as well as keystone stories from Schliemann’s personal history.”

The press release adds: “As artists and storytellers, Tolford and Lowe present Schliemann’s complicated legacy as both prolific intellectual and self-dealing charlatan. Adopting the bravado of their subject, they have joyfully conflated fact and fiction, interpreting Schliemann’s story while weaving in depictions of their own experiences and memories.”

During Teacher Appreciation Week, we’re celebrating Ladue Schools elementary teacher Elisa Roth and her efforts to uplift students and the community through art.

Acclaimed visual artist Leslie Laskey will celebrate his 100th birthday in July – but certain of his many admirers are already celebrating that milestone now.

Meet Aly Ytterberg: A Local Artist Growing a Business and a Family

“I am a stay-at-home mom and working artist, so I guess I am a nap-time and bedtime artist at this stage in life,” says Ytterberg with a laugh. In addition to acrylics on canvas, she recently started selling digital prints and selling her work not only on her studio site but also at Union Studio.