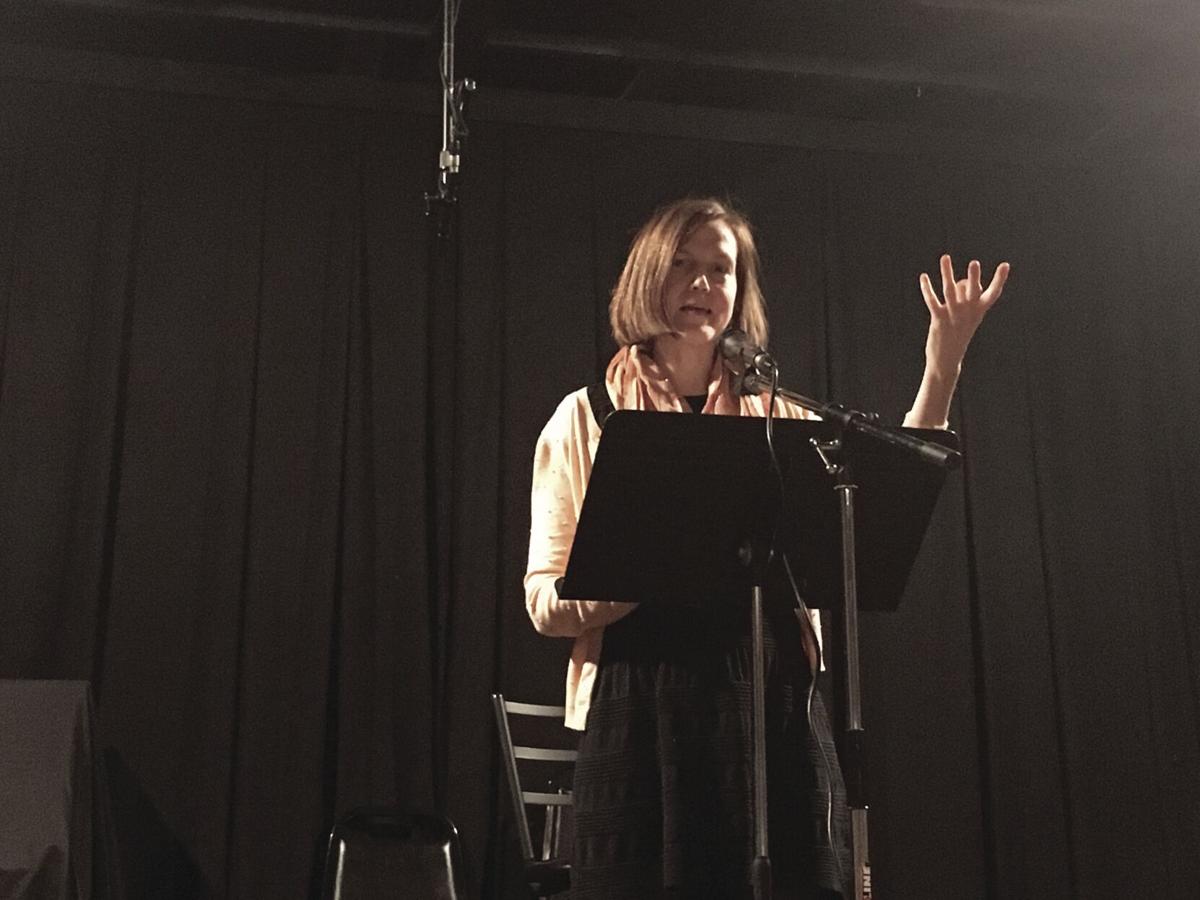 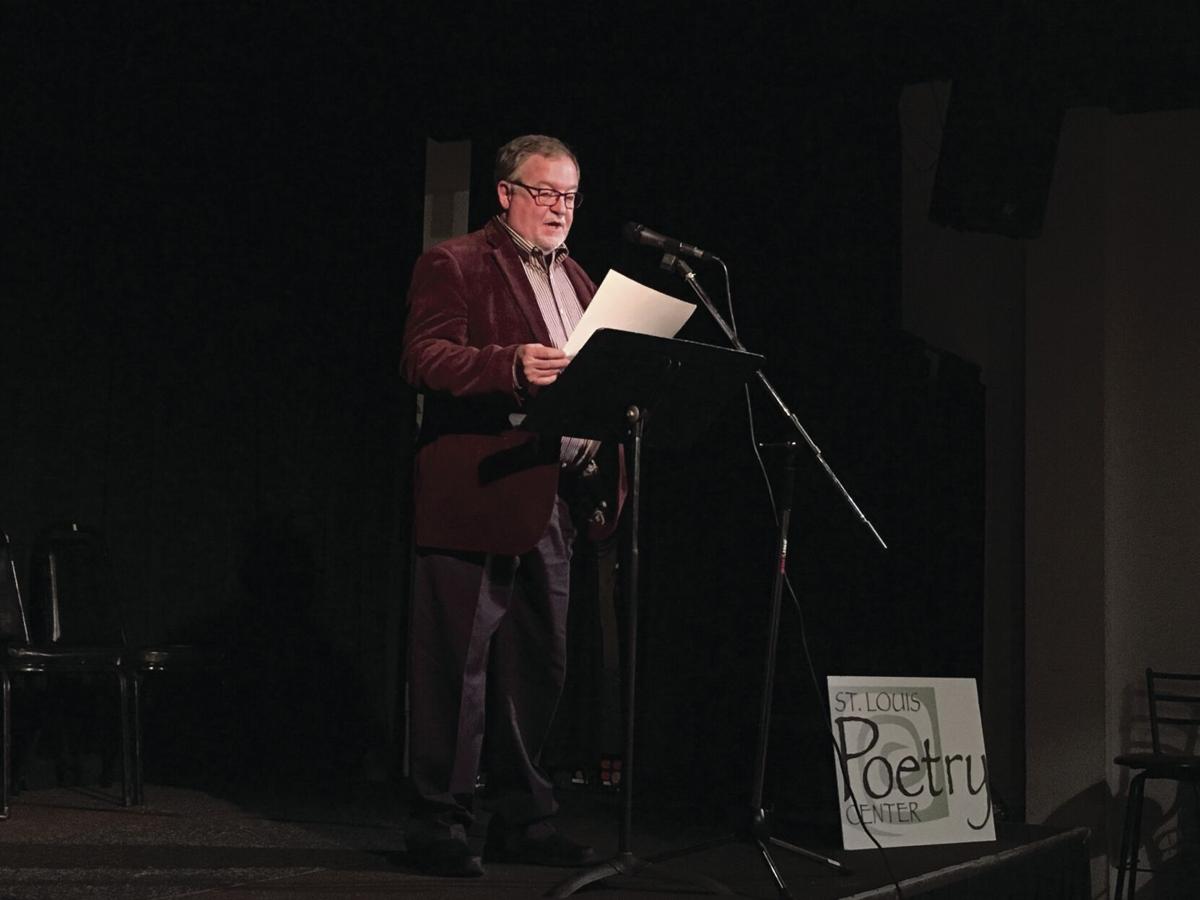 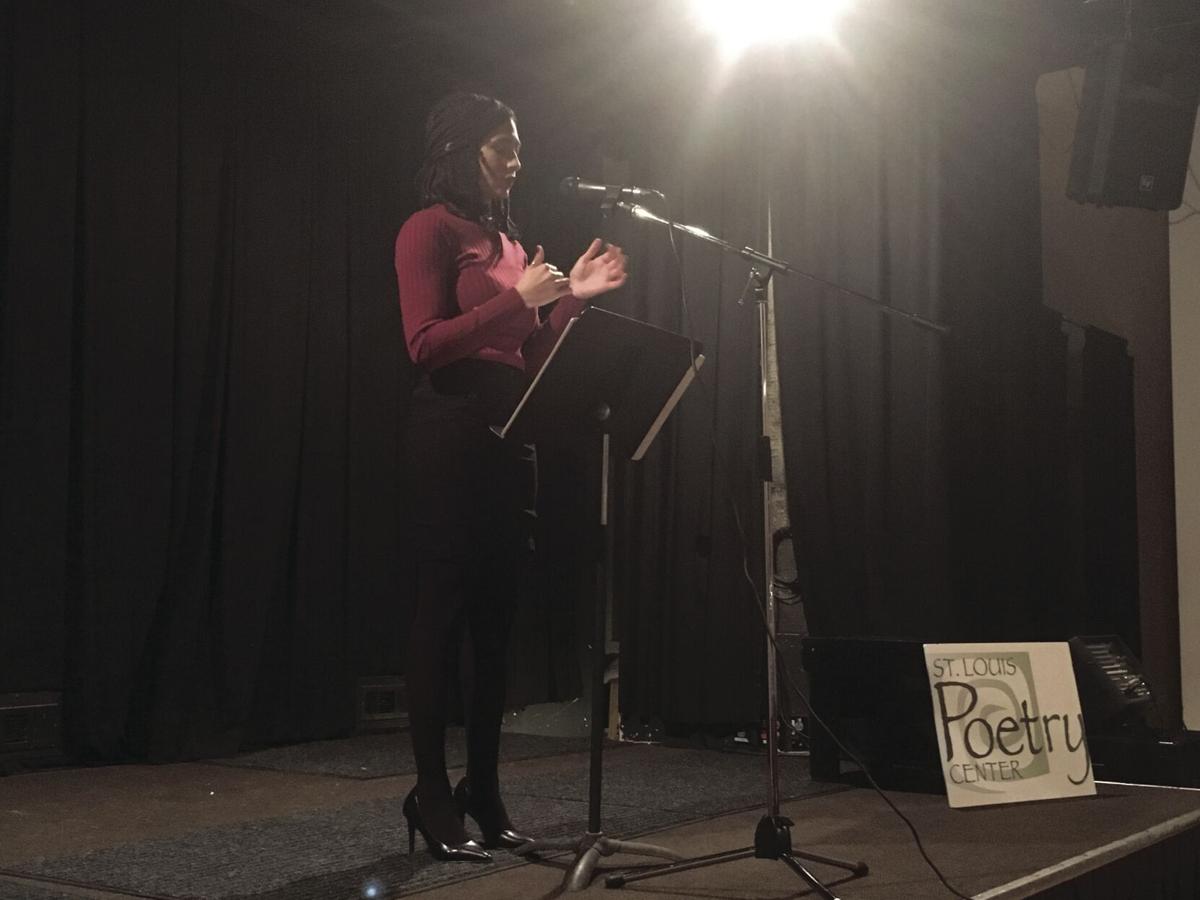 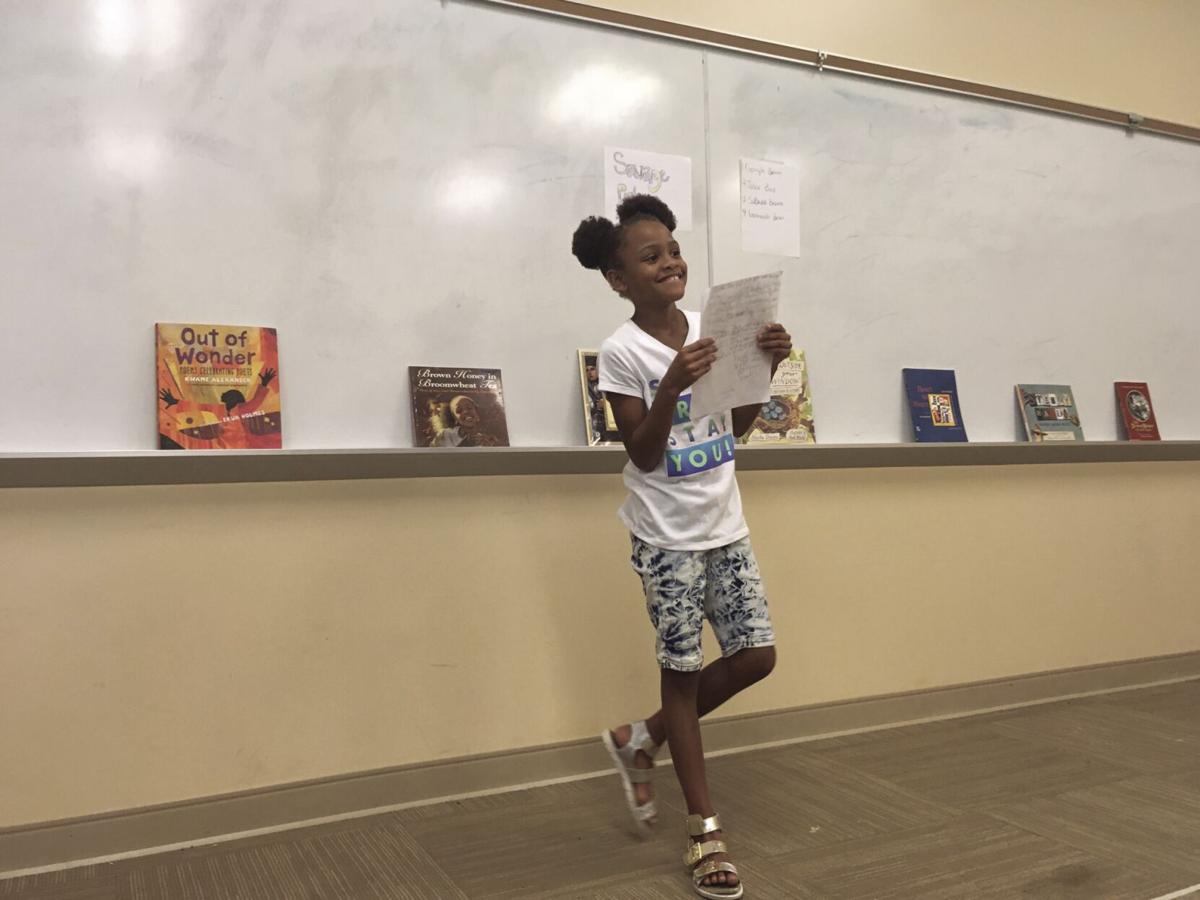 For poetry in the U.S., 1946 marked a memorable year. The nation naturalized W.H. Auden, who still also remained a Brit. Ezra Pound – declared to be of “unsound mind” for misadventures during World War II – landed in a Washington, D.C., psychiatric hospital for a dozen years. Gertrude Stein left the world; Patti Smith entered it.

And locally, the Saint Louis Poetry Center came into existence.

The metro area, of course, has enjoyed a long and illustrious background with “marquee” poets, including Sara Teasdale, who won the first award that would directly be reclassified as the Pulitzer Prize for Poetry, and T.S. Eliot, who ranks as one of the indisputable giants of 20th-century Anglo-American verse.

In that light, Erin Quick, the center’s executive director, makes an enthusiastic, even passionate case for the continuing significance of poetry – and, by extension, of the center itself.

“I think poetry has always been integral to life, though certainly there are aspects of our world today that make it uniquely so,” Quick remarks.

American poet, painter and social activist Lawrence Ferlinghetti, who died in February at the age of 101, supposedly once called verse “eternal graffiti written in the heart of everyone.” Quick relates that our cultural landscape calls for the life-affirming pulse of that graffiti, perhaps now more than ever.

“Most obviously, the pandemic has dislocated so much in our daily lives and literally taken the lives of millions,” she says, “so it’s no surprise that people are turning more to poetry right now – for comfort and solace, for excitement and pleasure, for protest and solidarity, for joy and connection.”

As a formative influence of the form on most folks, she cites the role of nursery rhymes in the cognitive development of human linguistic ability.

“The tricky part, I think, is to make time for it,” Quick continues. “For one thing, poetry makes you slow down – something that often feels counterintuitive in our fast-paced modern world. For another thing, reading itself has changed with the rise of digital media. We scroll more than we turn pages, taking in language much faster and abbreviated.

“But when we do make time for it, poetry offers insight and inspiration for daily living. … Poetry helps us feel seen, and poetry helps us see others. Is there a more necessary human capacity right now than that kind of empathy?”

She continues by relating what inspired her own love of the form: “I have visceral memories of my dad reciting Lewis Carroll’s ‘Jabberwocky’ to me as a young child – so fantastic and ridiculous! Surely that was my spark. But I suppose the poems that, as an adult, made a poetry reader out of me for life were ‘Persimmons’ by Li-Young Lee and ‘Lucy Cat’ by the late Donald Finkel. I would also encourage readers to check out the mural on High Low’s building with the late Shirley Bradley LeFlore’s ‘This Poem.’”

And how would Quick tempt an “unaffiliated” poet or poetry devotee to become a member of the center (which nowadays has its HQ in St. Louis’ Covenant Blu-Grand Center neighborhood, after earlier occupying a number of other locations)?

“In a word: community,” she replies. “Becoming a member, you join a community of over 200 individuals who share your love of poetry and its transformative power. For 75 years, Saint Louis Poetry Center has been offering opportunities to engage with poetry in meaningful ways and support the work of local poets through artistic and education programs, all within the supportive community of its members.

“Membership perks vary by membership level, and we have some new items, like T-shirts, that will be available to members later this year … I would encourage anyone who is ‘poetry curious’ to check out one of our workshops or readings, which take place virtually right now, to see what we’re up to – and perhaps discover a new favorite poet right here in St. Louis.”

With help from fellow Saint Louis Ballet dancers and other metro area makers, Elliott Geolat’s film company will produce “The Ride,” a film about a dancer who makes an unexpected, eye-opening visit to his hometown in the Ozark Mountains.

“I never set out intentionally to help so many people through my music,” she says. “Today, I play inspired music that soothes the soul so that people in emotional, physical or mental distress can remember the harmony and love within them.”

From capturing U.S. Rep. Cori Bush to the nation’s first police academy hosted at a historically Black college or university, this St. Louis-based photographer’s lens locks in on the truth about his fascinating subjects.

A 1961 graduate of University City High School, Sandy Kaplan went through a divorce and became a single parent when her two daughters were in grade school. Returning to the workforce, she embarked on a 30-year fundraising career. 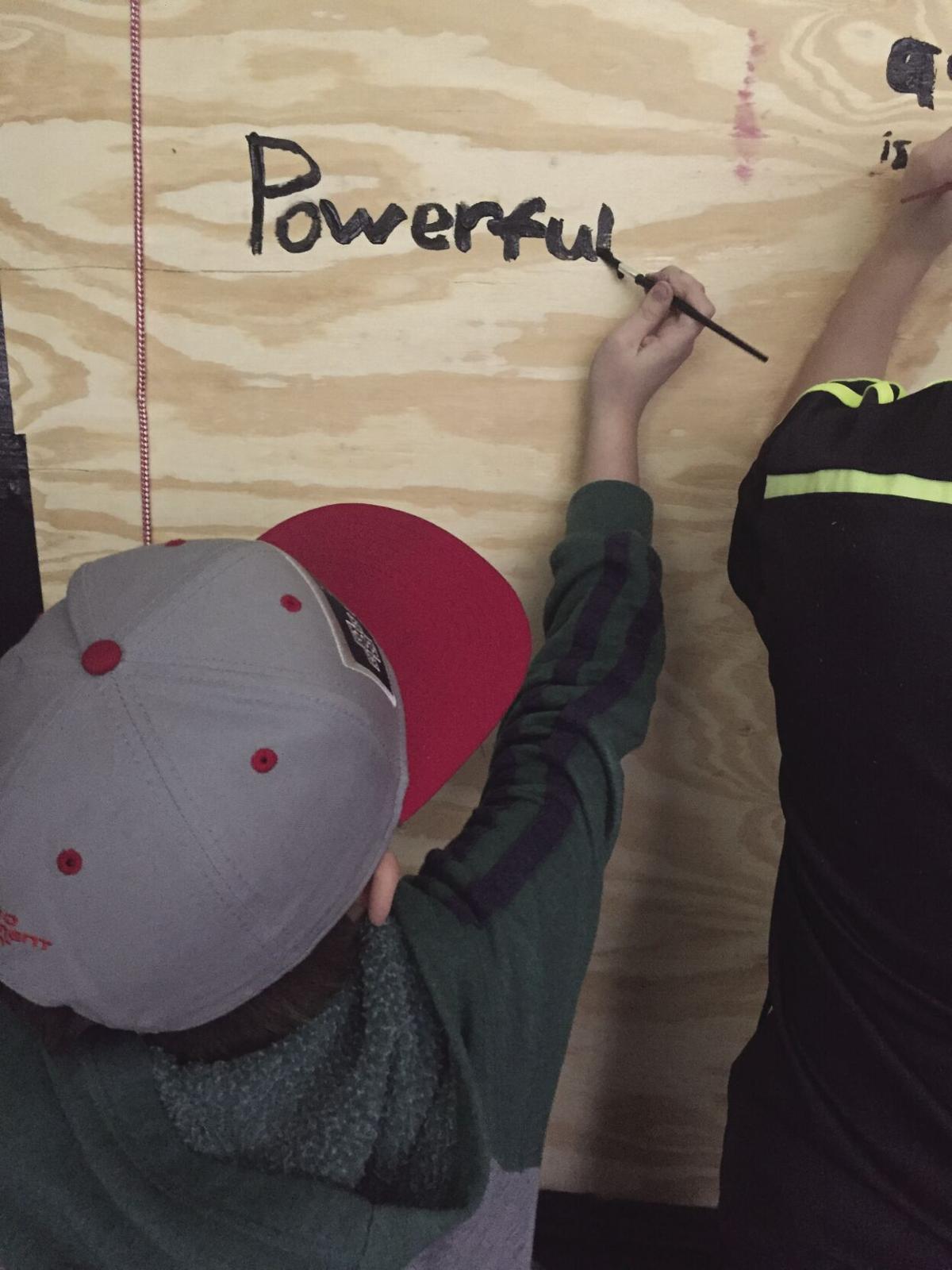