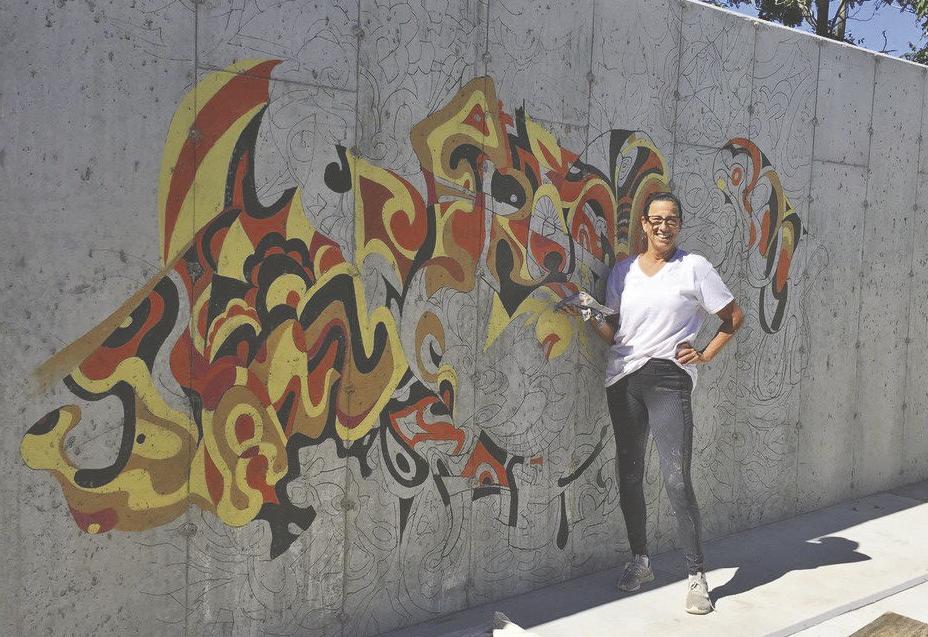 Greene poses with a poolside mural commissioned through Savvy Design Group's Diane Mantovani. The client requested a replica of his father's drum cover. 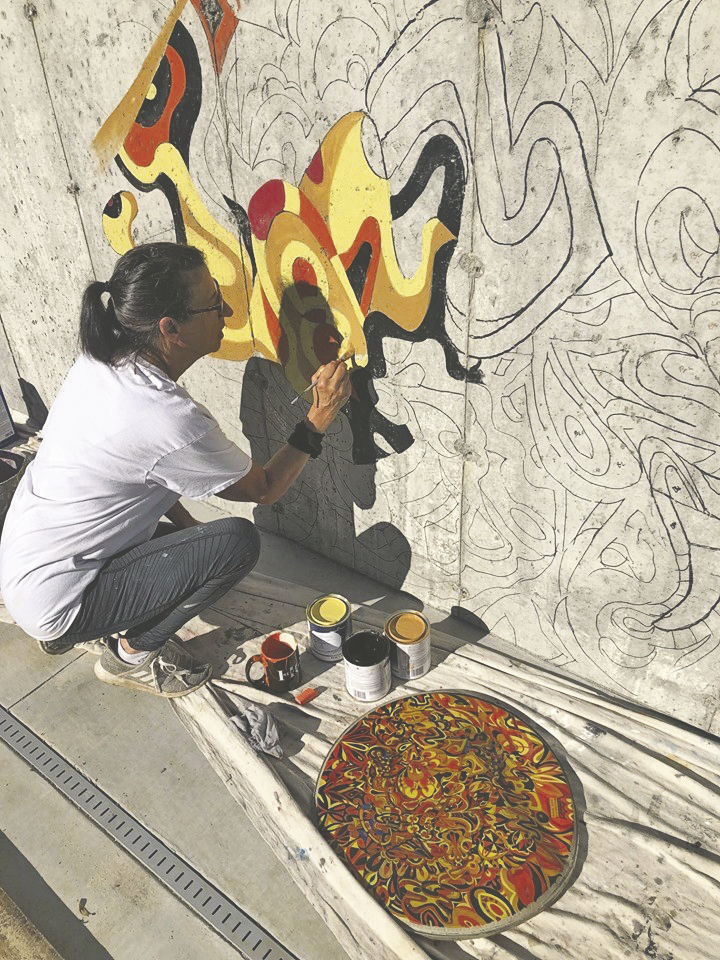 Greene works on a poolside mural commissioned through Savvy Design Group's Diane Mantovani. The client requested a replica of his father's drum cover. 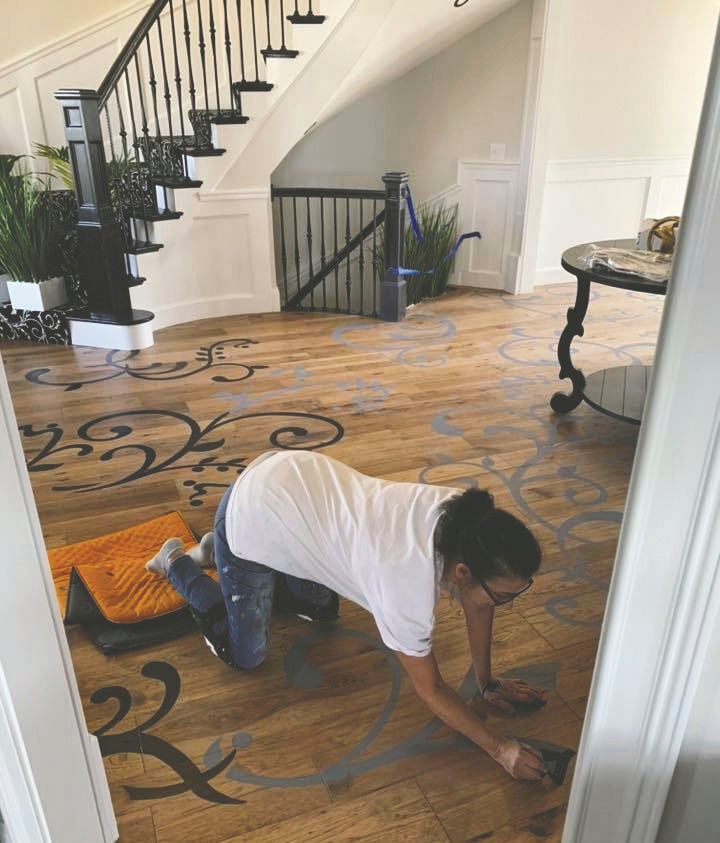 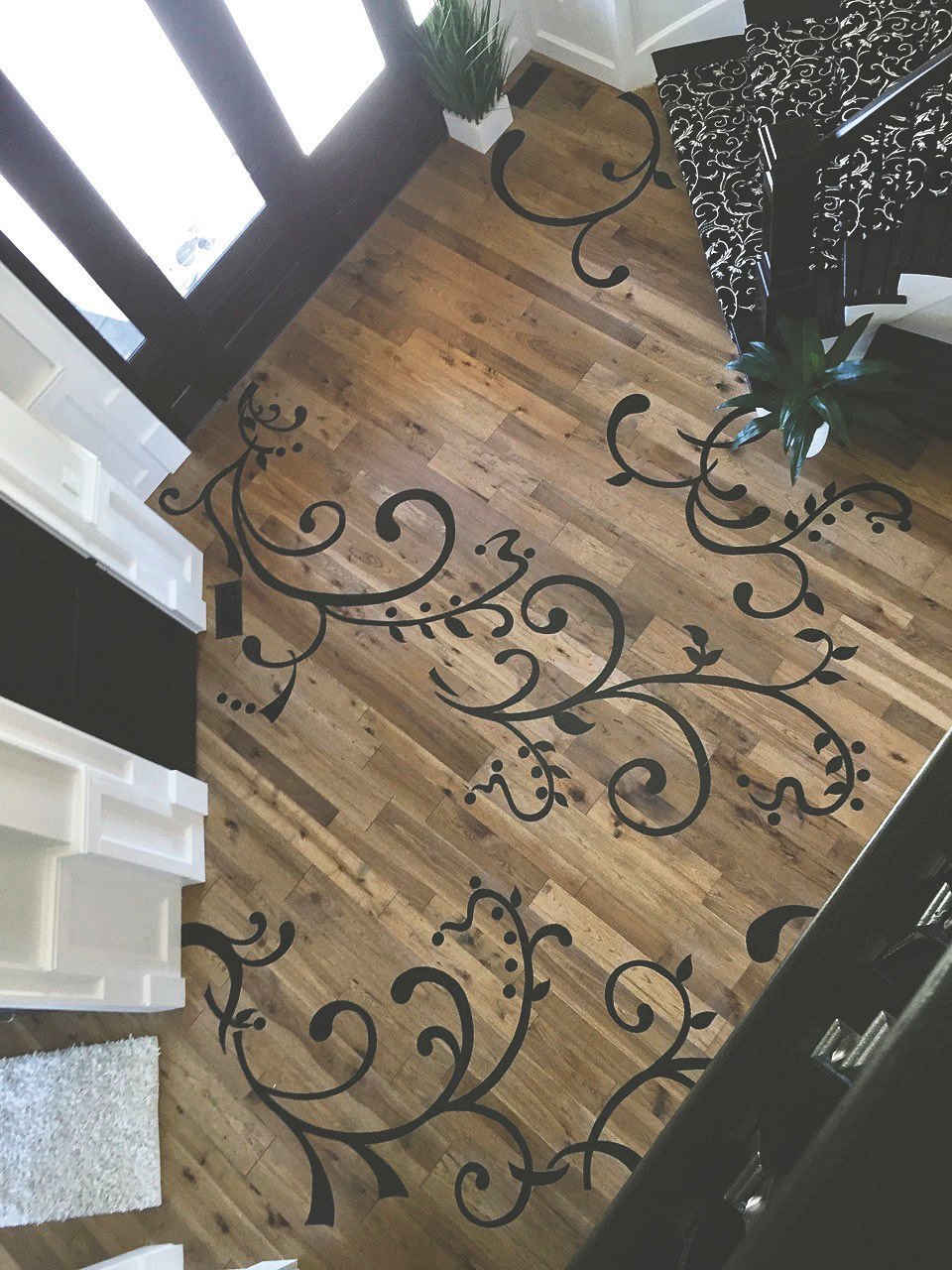 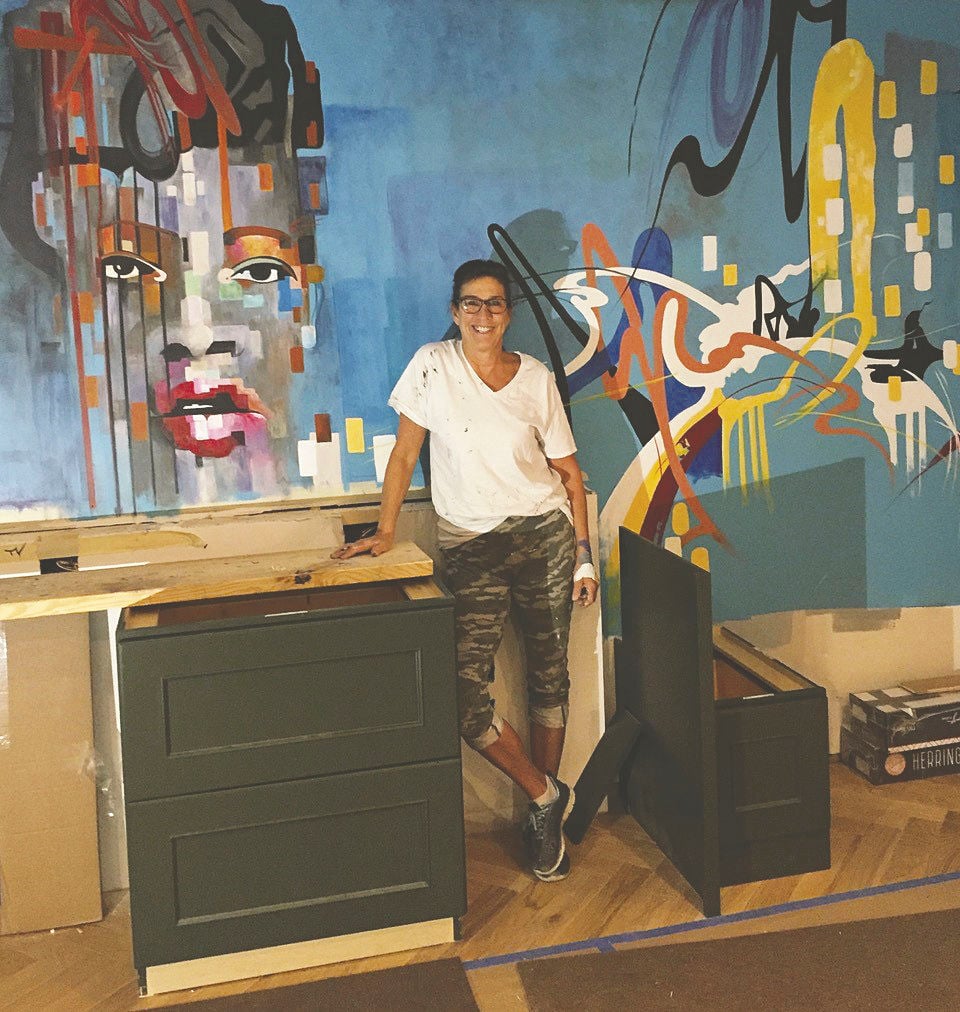 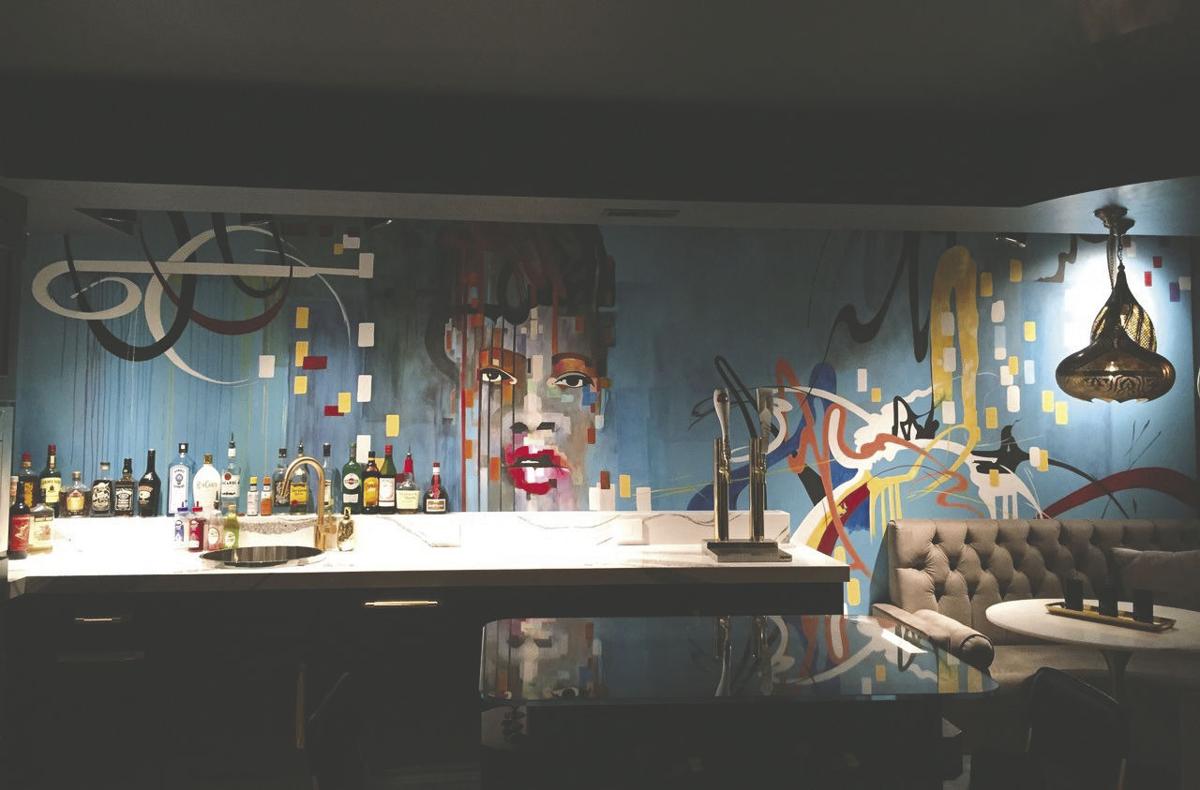 Much like ivy, in which Susan Greene created her first commission, her business, Paint Imagery, has continued to spread throughout the metro area and beyond.

“I moved here to go to architectural school at Washington University [in St. Louis], which is what my degree is in,” Greene says. “I worked in that field for 11 years, and I just didn’t like it; it wasn’t creative enough. At the time, I had friends in Chicago who were doing decorative specialty painting – faux finishing, wall murals – and I’ve just always been very, very artistic, and I thought, ‘You know what, I can do this.’”

“St. Louis was ready,” she says. “I felt there was a need, and I became busy within three months.”

“Back in 1989, we didn’t have Google or the internet, so we kind of had to go door to door,” Greene says. “I already knew tons of interior designers and builders from being an architect, so I went to them first and told them what I was doing – changing career paths – and they all held up the magazine and said, ‘Can you do that?’ And I said, ‘I can do hand-painted ivy,’ and that is how I got my start. I did ivy for about the first year. It was meant to be.”

“I feel I have stayed successful and busy for two reasons,” Greene says. “One, I’m diversified – I don’t just do murals or graffiti murals. I do faux finishing, where you can paint something and it looks like real granite. I can do real funky, unique techniques for modern-type contemporary homes. And I also do commissioned art – so interior designers will have a very specific client with very specific taste in need of a specific size and color and technique. That has become quite a dominant category of Paint Imagery in the last 10 years.”

Greene also does historic preservation and wood graining – one of her largest projects being St. Louis’ beautiful Barnett on Washington event space.

“I did all of the decorative finish and historic preservation in that building, and it is my all-time favorite project,” Greene says. “The scale itself was immense. It turned out beautiful, and it was just one of the most exciting projects I have ever been on. They trusted me completely.”

Trust is something Greene wants to instill in clients instantly.

Clients interested in creating and collaborating with Greene can call to set up an appointment in which she will present her portfolio and measure the space.

“Everything is square-foot-priced, and we talk color, and then I end up giving you a price within a day or two,” Greene says. “Once you approve the price, I do three or four samples for you, deliver the samples, you pick one, you sign the back, you give me a deposit, we schedule it, and I come paint.”

The paint being Greene’s obvious passion.

“The need in St. Louis and the desire to have something creative in paint, I just hit at the right time,” she says. “And I’m very passionate about what I do. Even after 30 years, people feel that. They feel the commitment and the excitement about the project, and it makes them happy.”

Heliotrope, the work showcased here, combines cutting-edge digital chops and an aesthetic inspired by the culture and artwork of Edo-period Japan.

Greene poses with a poolside mural commissioned through Savvy Design Group's Diane Mantovani. The client requested a replica of his father's drum cover.

Greene works on a poolside mural commissioned through Savvy Design Group's Diane Mantovani. The client requested a replica of his father's drum cover.