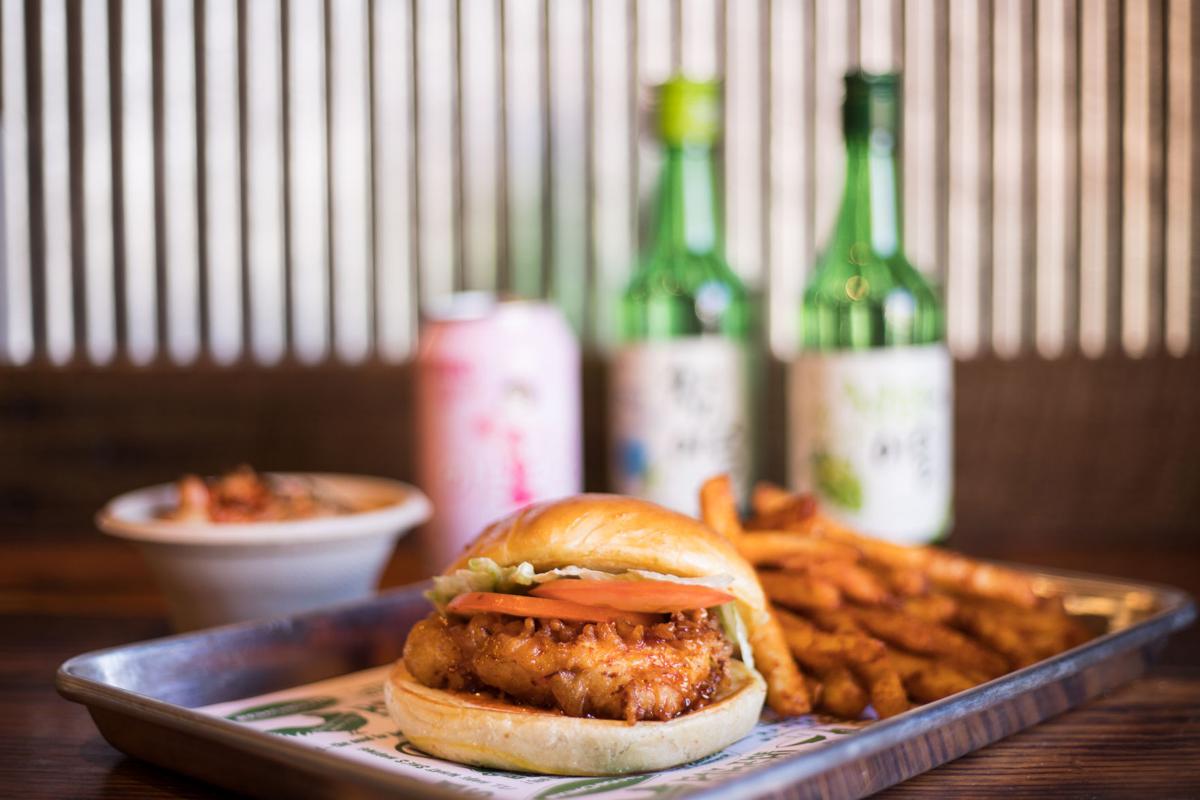 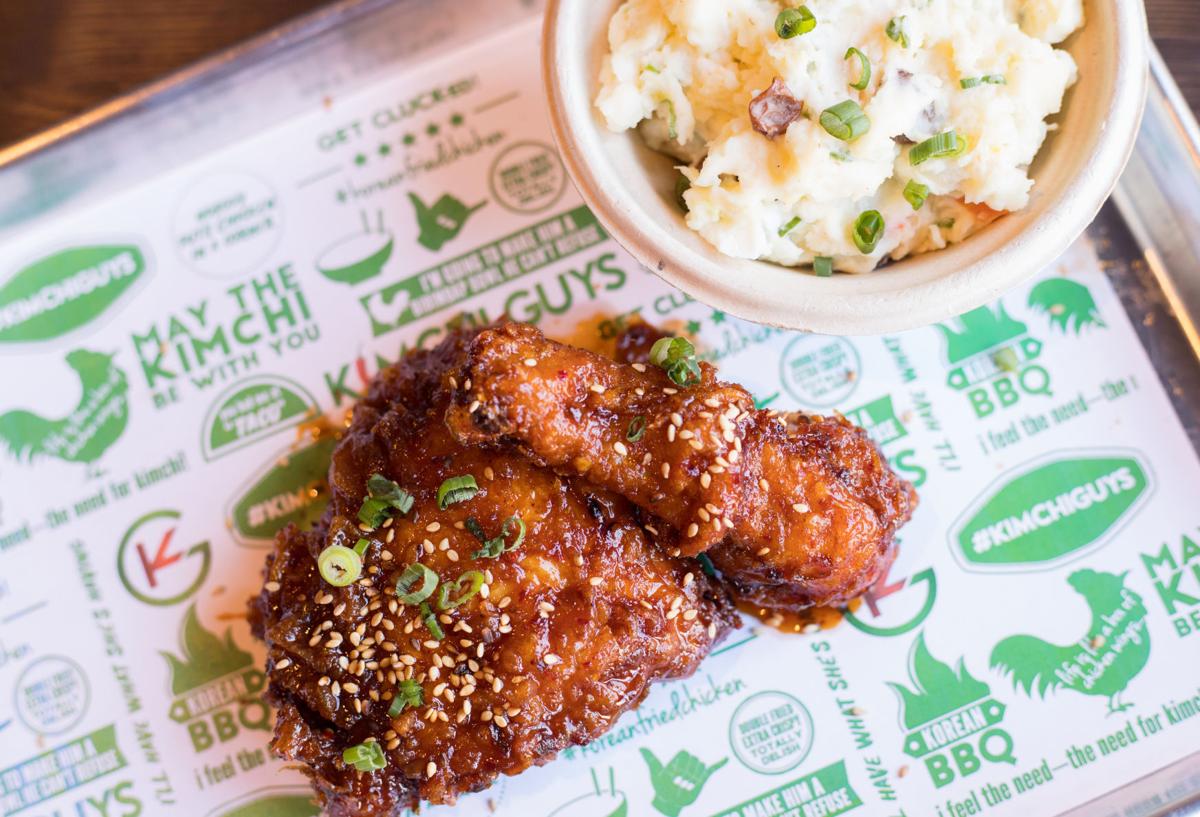 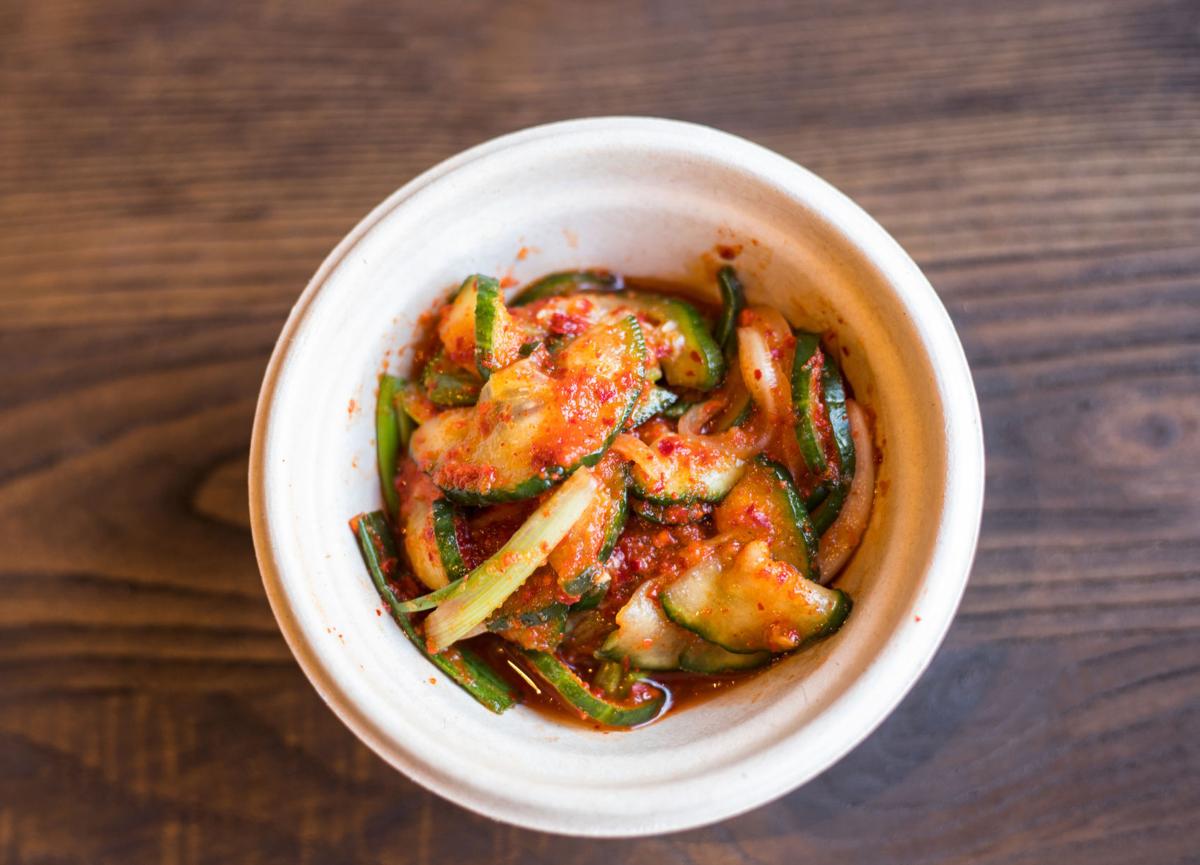 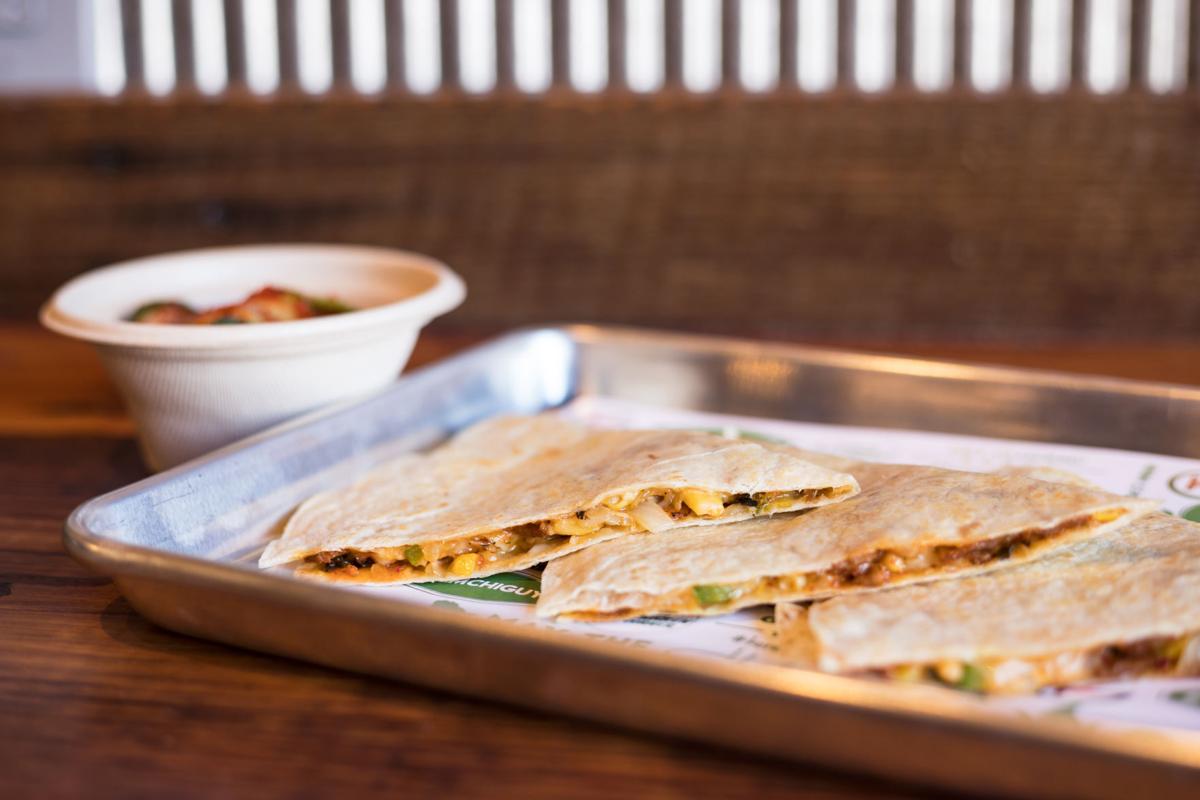 Kimchi Guys comes from Munsok So, who serves as president and CEO of So Hospitality Group, the St. Louis company that owns and operates local Japanese/sushi standby Drunken Fish, as well as the event space/catering company 612North. Since 2006, So also has owned the newly renovated Cutlery Building, whose first floor Kimchi Guys occupies.

“Being Korean American, I have a lot of love for Korean food and wanted to bring a modern menu that I thought would make sense in the marketplace to the area,” So says. “In Korea, there’s Korean fried chicken on every corner.” He continues by declaring Kimchi Guys “the first Korean fried chicken place in St. Louis.”

The menu begins with the house signature Korean fried chicken, which first undergoes brining to tenderize and flavor the meat before it’s coated in a potato starch-based batter. The restaurant then double-fries the chicken at two different temperatures, which produces an extra-crispy outer layer.

The chicken comes as three-piece dark meat, tenders, wings and half or full birds, served with a given diner’s choice of sauce: spicy original (a sweet-and-spicy offering made with Korean chiles), Korean Buffalo, garlic soy or honey butter.

“I’m very excited about bringing a unique dining experience to the St. Louis market and adding to the culinary diversity that is constantly improving here,” So says.

On Cherokee Street, The Taco & Ice Cream Joint Cooks Up Mexican Fare For Carryout and Delivery

The vibrant eatery comes from the family behind El Morelia Super Mercado, which takes its name from the family’s roots in the city of Morelia in central Mexico. 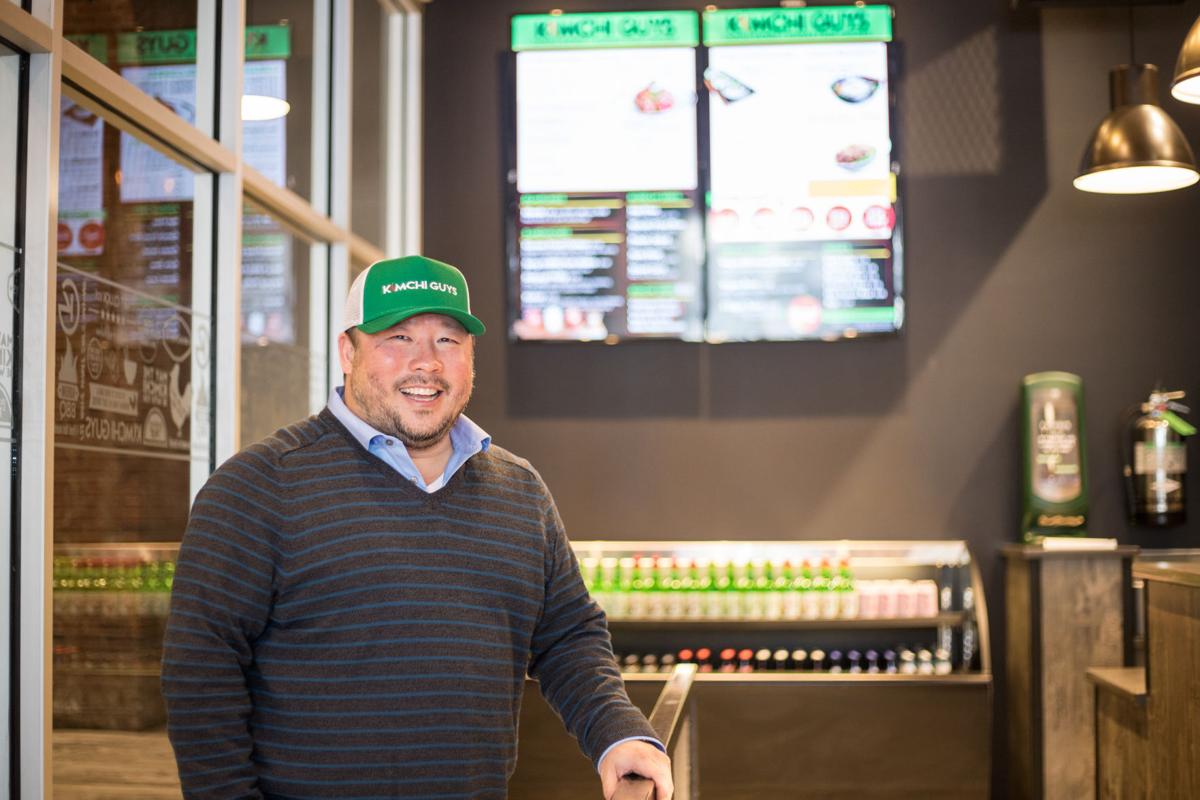