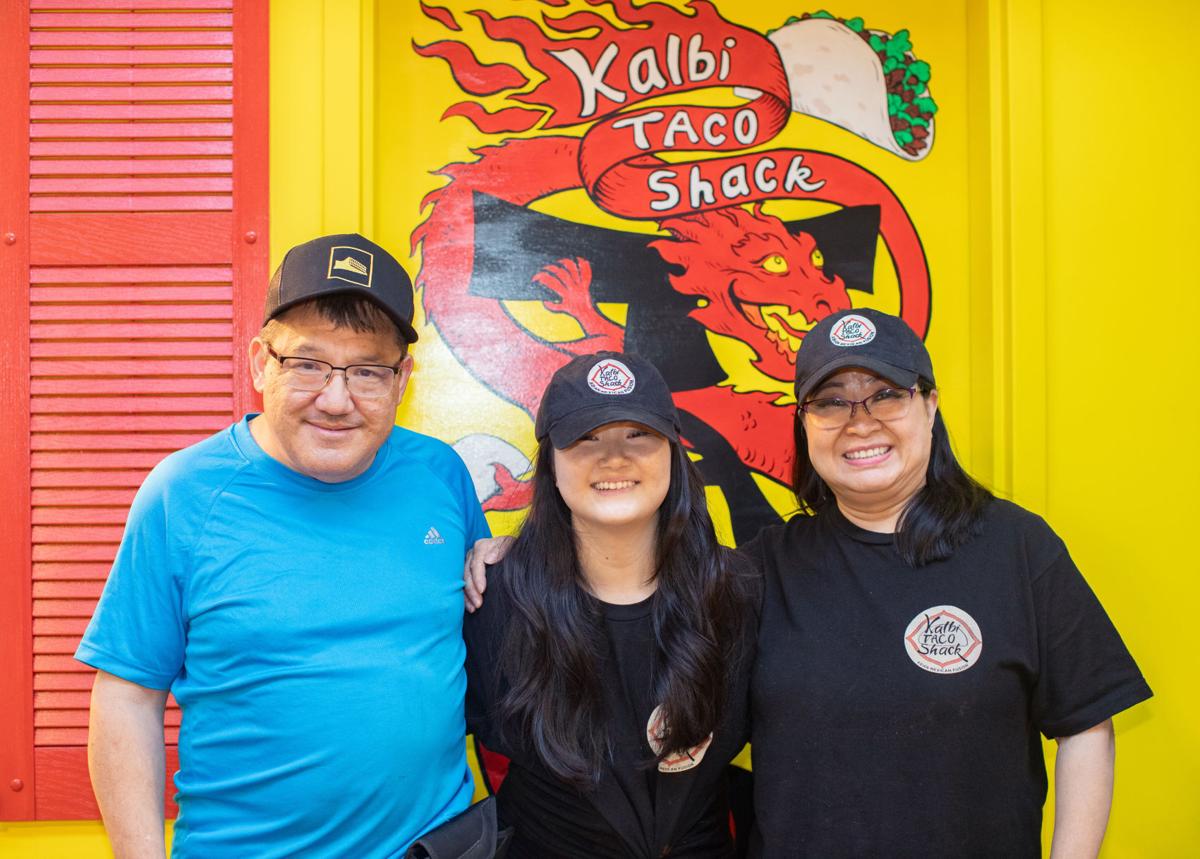 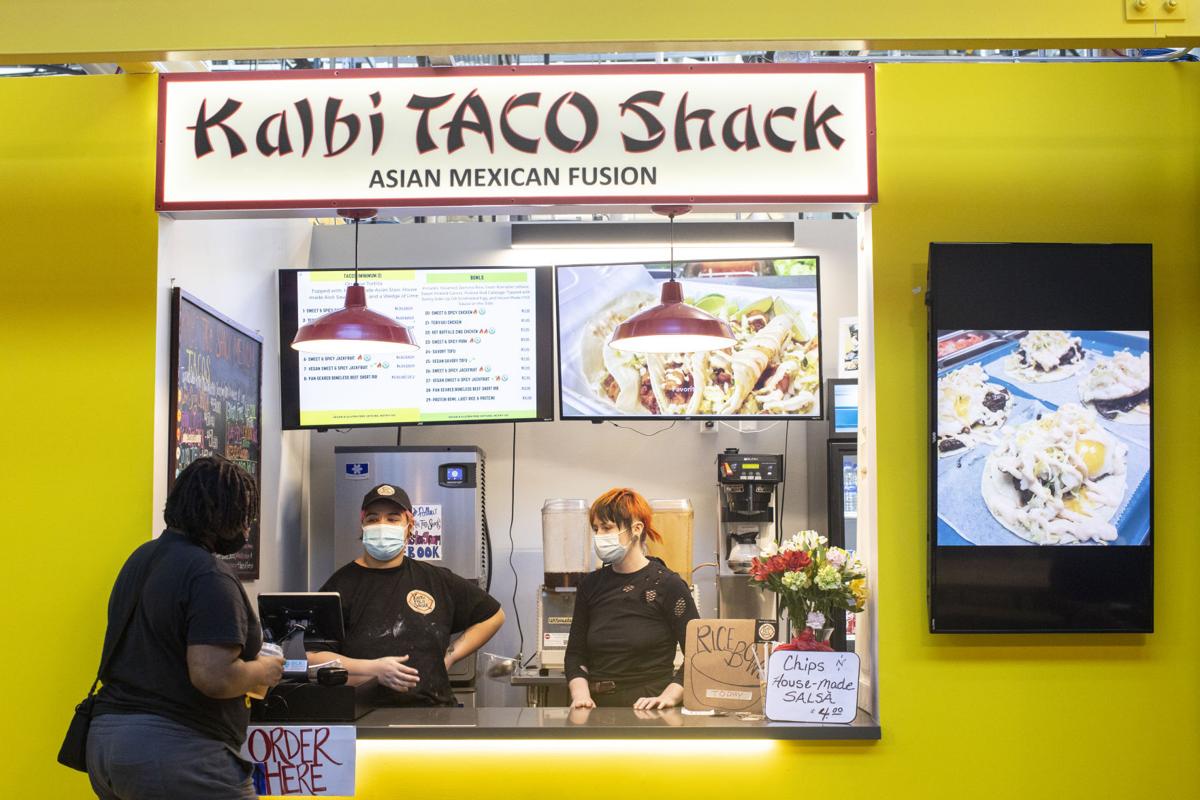 After five years in St. Louis’ Benton Park neighborhood, the Asian Mexican fusion eatery outgrew its original space and prepared for expansion. At City Foundry, the family-owned business works out of a kitchen twice the size of the one in its former home and streamlined its menu to serve a larger, more centralized audience.

“It’s so amazing how customers have followed us over here from Cherokee, and it’s been great meeting so many new people here, too,” says chef and co-owner Sue Wong-Shackelford. “I’m so proud and humbled by the support.”

During Kalbi’s first month at City Foundry, Wong-Shackelford worked with her husband, Mark, and their daughters, Olivia and Sierra, to feed throngs of visitors and served 16,000 orders of tacos in addition to a rotating set of entrées. The new fast-casual counter features its previously established bright yellow color scheme accented by red shutters and a dragon mural by local artist Patrick Weck.

Kalbi Taco Shack’s menu centers on its namesake tacos, which are served on soft tortillas and topped with house-made Asian slaw, Kalbi-aioli sauce and a lime wedge. In addition to tacos, rotating entrées are available. Options vary by day and include rice bowls, burritos, quesadillas and “tot-chos” (a take on nachos with Tater Tots and Asian queso.)

To pair with the unique fusion fare, guests can choose from sides including chips and house-made salsa, as well as drinks like Vietnamese iced coffee and bubble tea. Going forward, Wong-Shackelford hopes to bring customer favorites, such as brunch burritos and pan-seared cod tacos, back into the mix. For now, she and her family are working diligently to cook their one-of-a-kind tacos for an eager new demographic.

What to Eat at Kalbi Taco Shack

Inside Bar K St. Louis: A New Food-and-Drink Destination for Dogs and Their Humans

Bar K, a restaurant and bar centered on “man’s best friend,” opened Friday in St. Louis’ Grove business district – and this dog park is next level. Eat, drink and bring Fido too!

Ted and Jamie Kilgore of Planter’s House and Small Change in St. Louis share their recipe for a delightful Christmas morning drink.

Sisters Sandwich Shoppe from sisters Tracy Calabro and Jules Karagiannis features a menu of hot and cold sandwiches and a retro atmosphere.

16 Ways to Fix a Thanksgiving Meal in the St. Louis Area Without Cooking the Entire Feast Yourself

The ongoing pandemic provides enough complications, without having to stress about what to put on the table. So, let these metro area restaurants do your holiday cooking – whether that be a side dish, dessert or the entire feast.