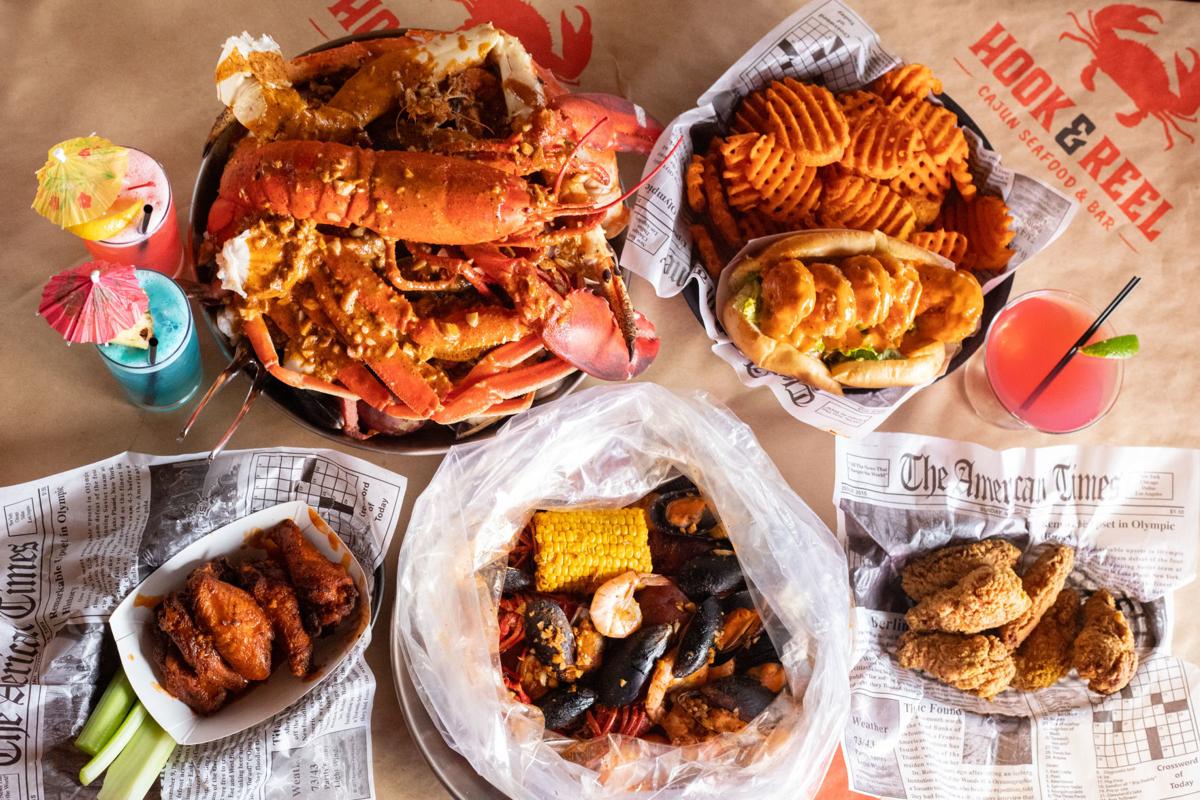 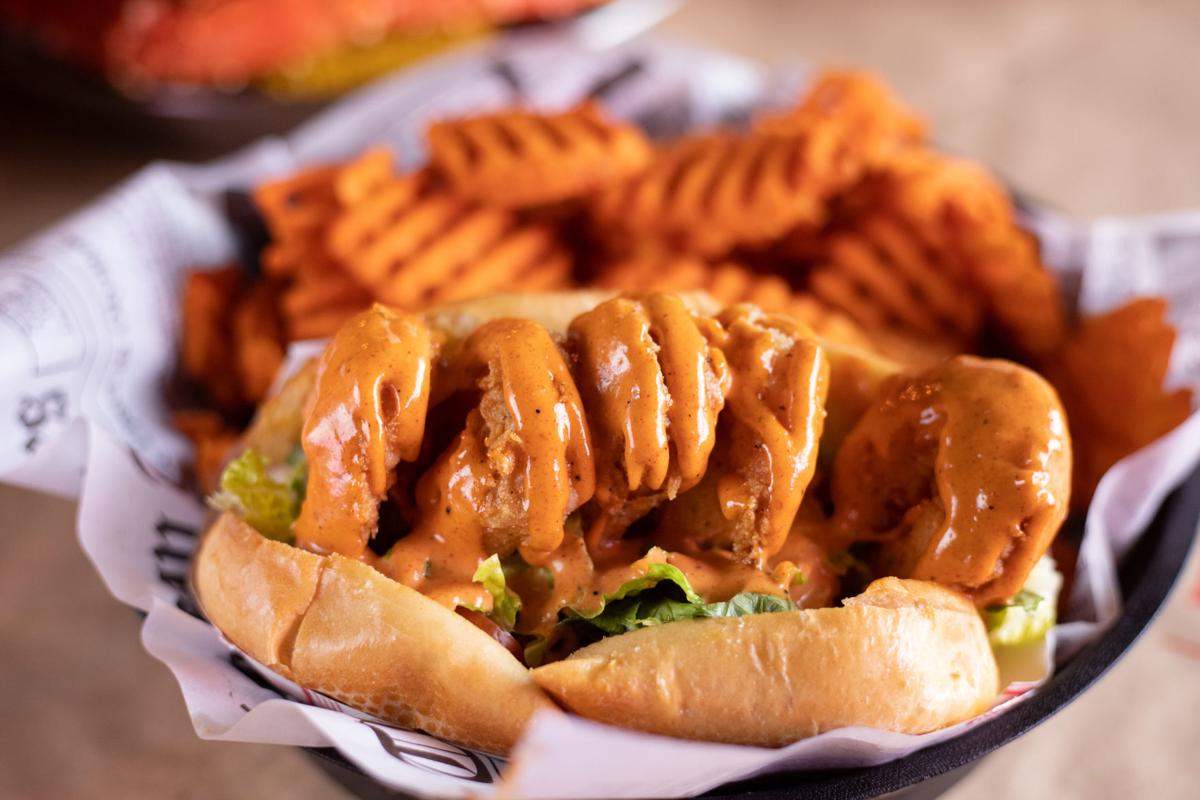 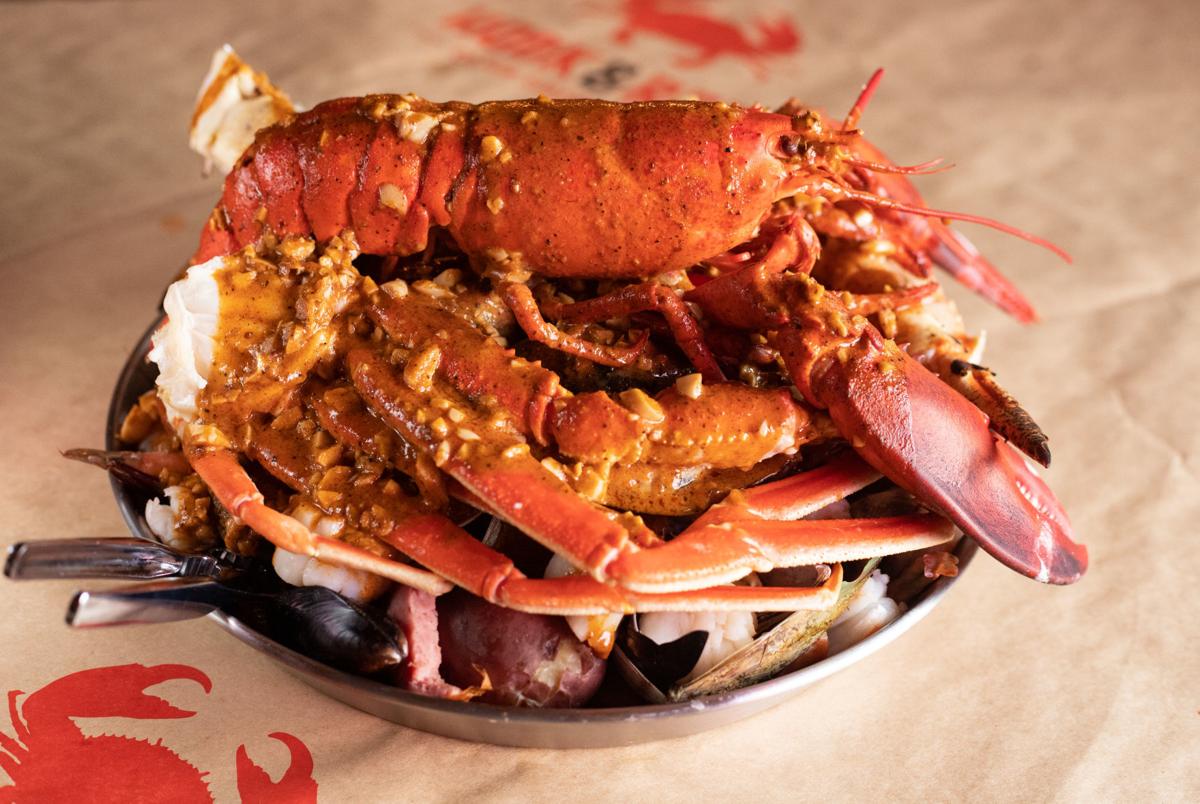 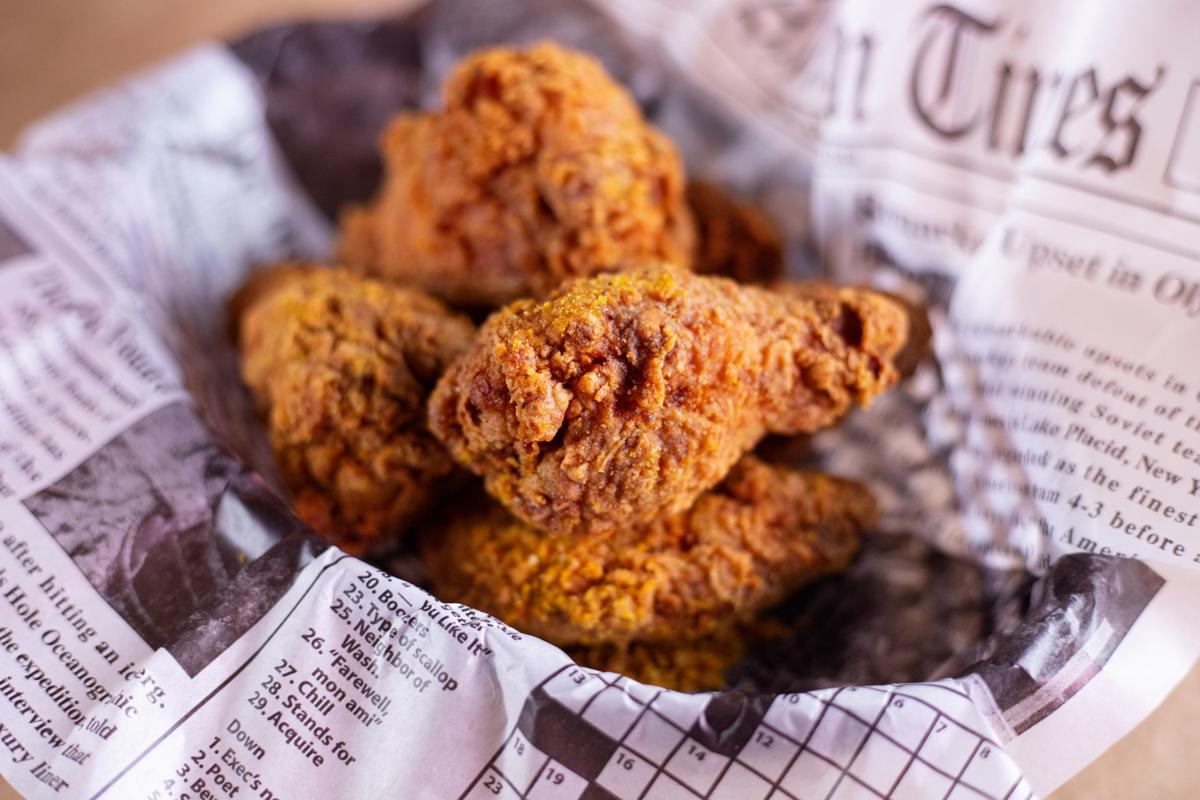 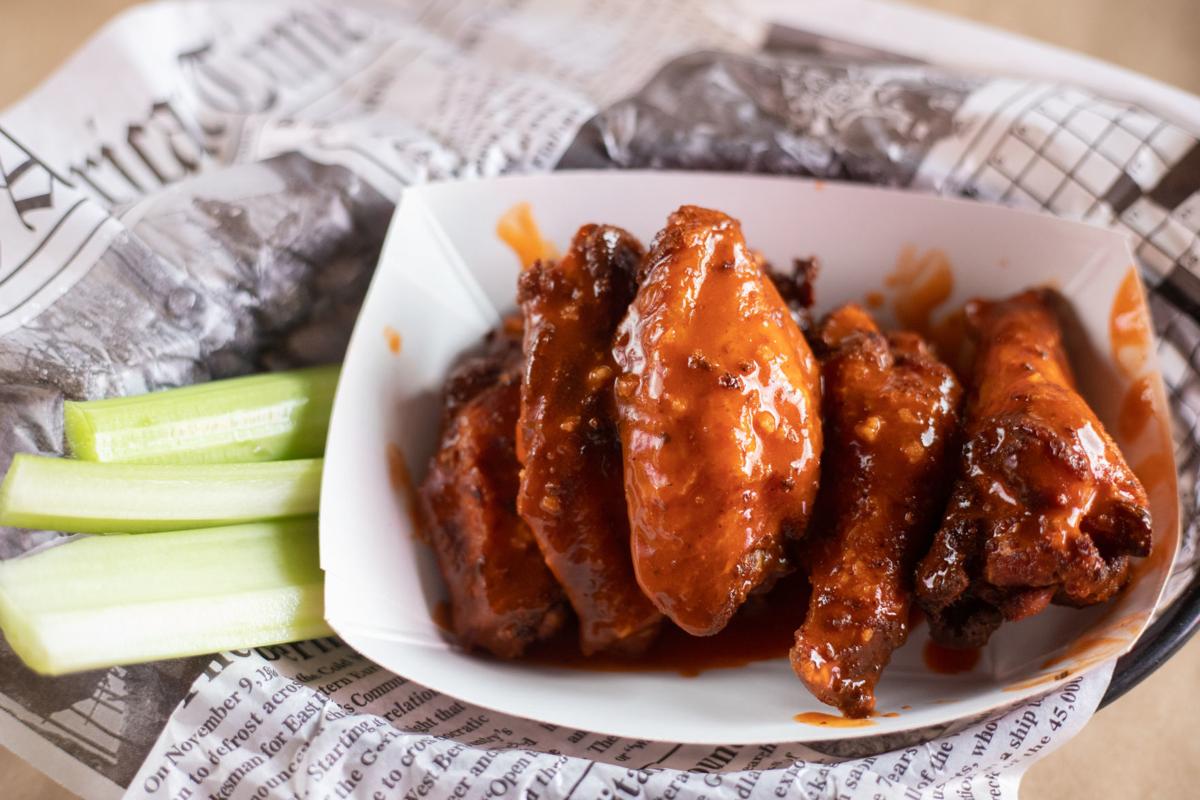 A prime corner in South City got a new seafood-centric tenant this past fall. Hook & Reel opened in November, filling the space previously occupied by a location of Applebee’s that closed last July after nearly a decade in business. It is currently open for pickup and delivery, featuring its signature seafood boils, po’boys, chicken wings and more.

According to O’Grady, the brand currently has 23 locations. Hook & Reel was founded in Lanham, Maryland, in 2015, and the St. Louis outpost was the first in the Midwest. It is owned by franchise owner-operator Vicky Jiang, who was introduced to Hook & Reel while visiting its Staten Island location. Jiang has also owned Chinese restaurants in the St. Louis area.

“Our #1 signature is our seafood boil because of the way it’s presented, its fresh taste, as well as the signature sauces we employ,” O’Grady says. “It’s served in a unique way in a big steamed bag, like a balloon filled with seafood deliciousness.”

Guests can build their own seafood combos for the boils – crab legs, shrimp and lobster tails are popular picks – or choose from preset combo boils such as a Cajun boil with a half pound each of crawfish, black mussels and head-off shrimp with corn and potatoes. Sauce options include original Cajun, seasoned garlic butter and more, each at mild, spicy or fire heat levels.

Additional specialties include a seafood spaghetti marinara with shrimp, mussels and marinara sauce over spaghetti with garlic and parmesan. Po’boy sandwiches are available with chicken, fried fish or Vicky’s personal favorite: shrimp. Breaded or fried chicken wings are another popular pick with your choice of flavor: barbecue, Cajun, buffalo or lemon pepper.

Other appetizer options include crabmeat fries, coconut shrimp and hush puppies. Soups and salads include lobster bisque and a chicken tender salad, available with your choice of blue cheese, ranch, honey mustard or Caesar dressing on the side. Blue Point oysters are also available from the raw bar.

“I think that with any regional area that has great cuisine as St. Louis does – barbecue comes to mind – it’s all about the seasoning and the smoke,” O’Grady says. “The same goes for us. Our seasoning and service really sets us apart from the competition.”

Grab some fresh strawberries and break out the muffin pan for this one.

Eckert’s, a family business located just across the Illinois border, is giving visitors new ways to enjoy its bounty through curbside grocery pickups.

What could be better than comfort food in the comfort of your own home?

Peanut butter lovers will go bananas over this recipe.

A mainstay in the South Grand Dining District currently offers its Asian-fusion menu for pickup and delivery. 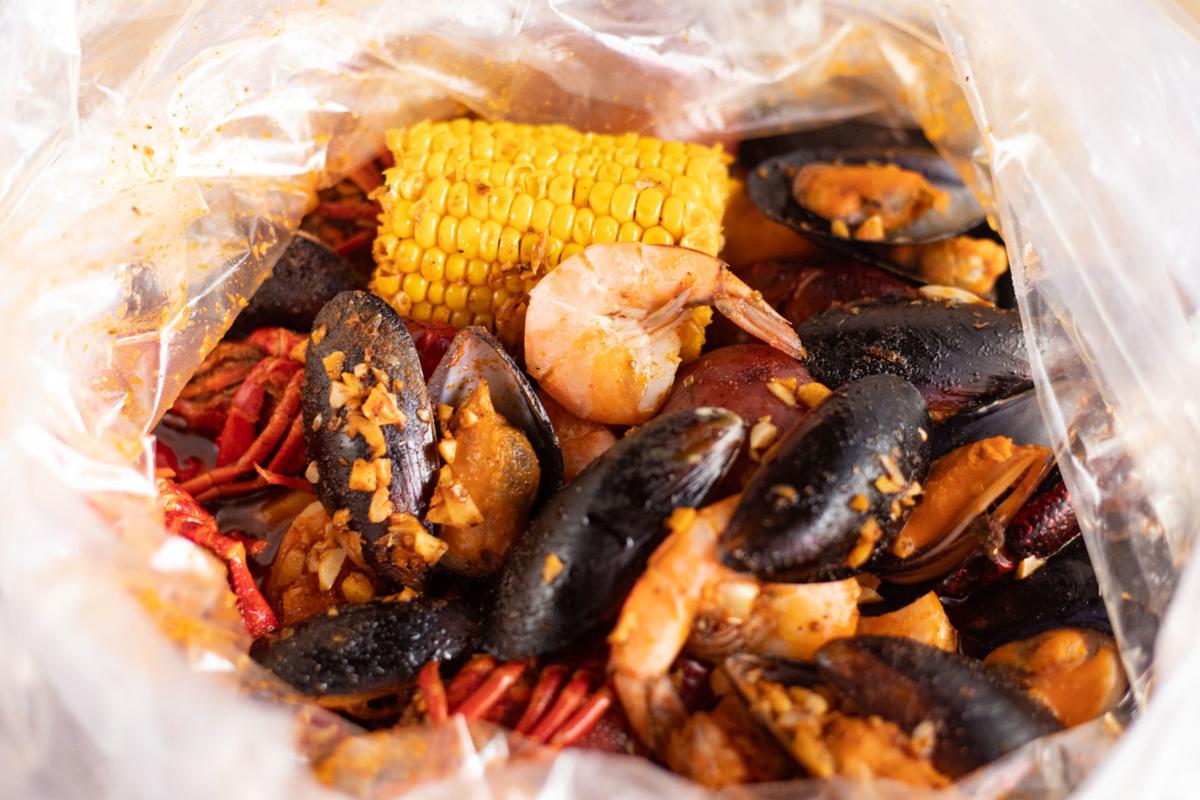 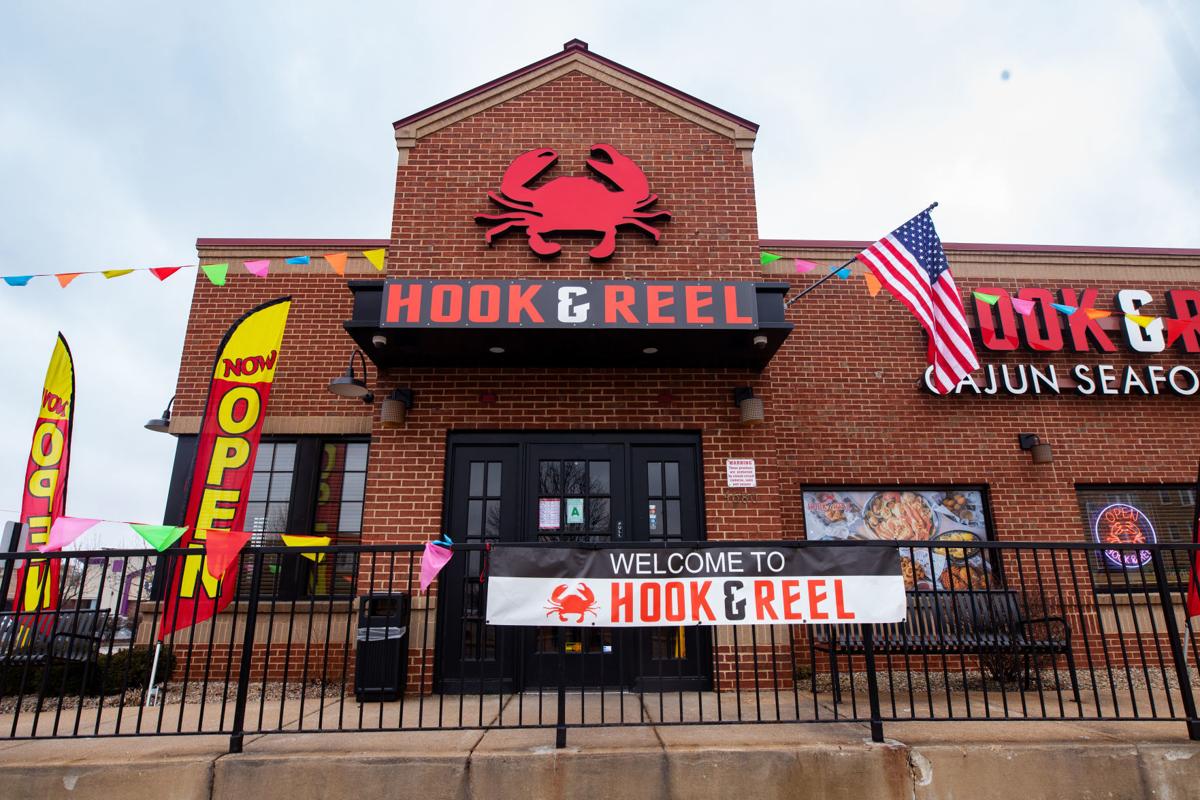