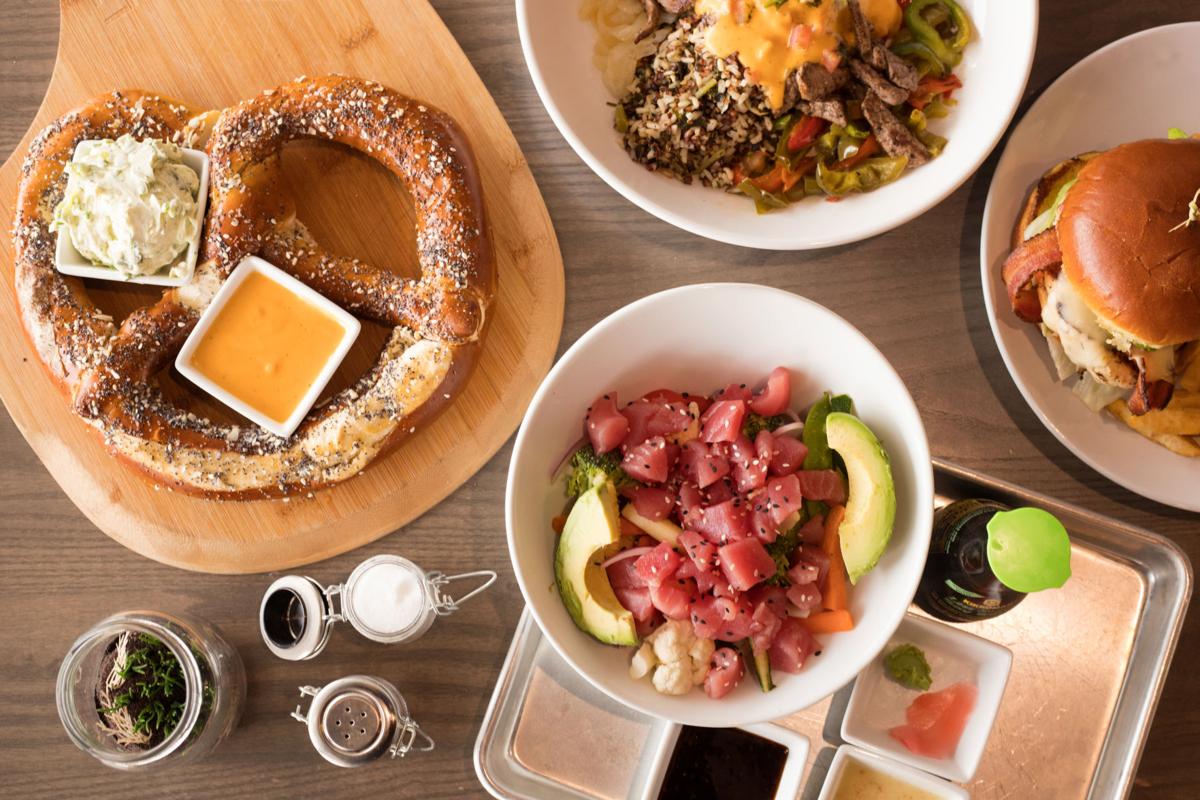 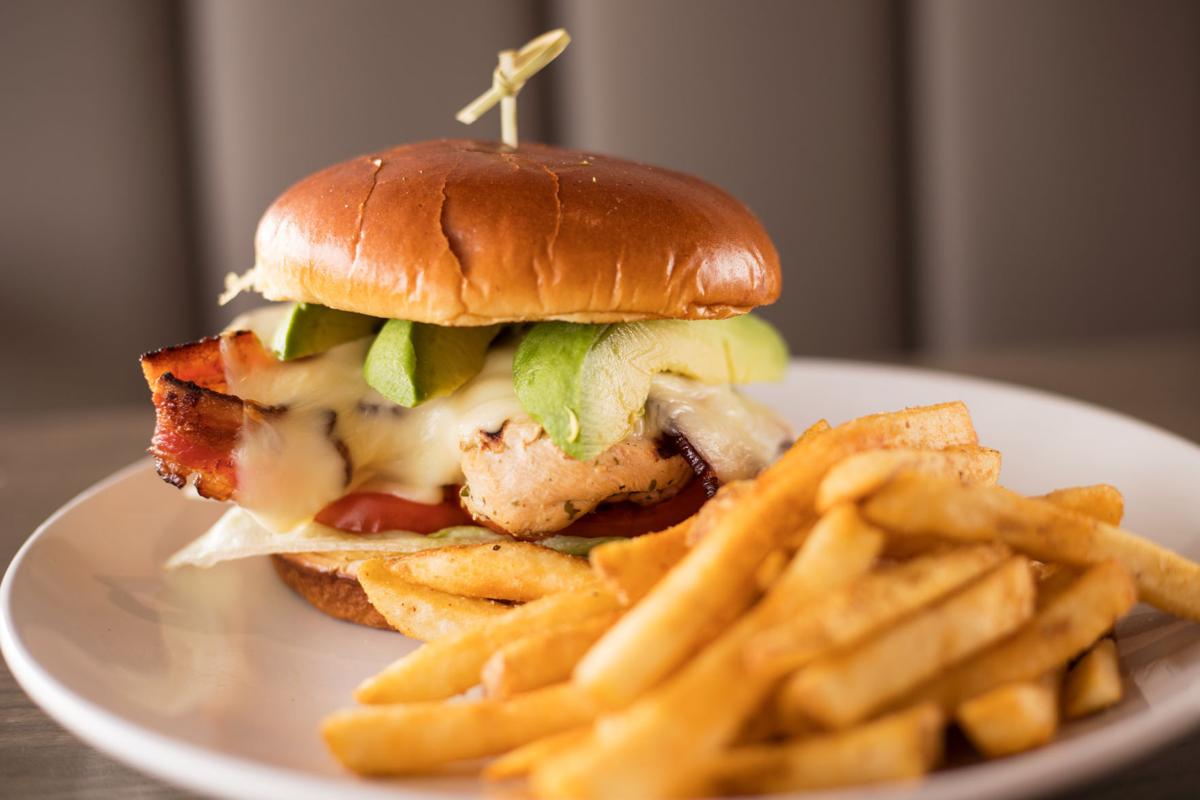 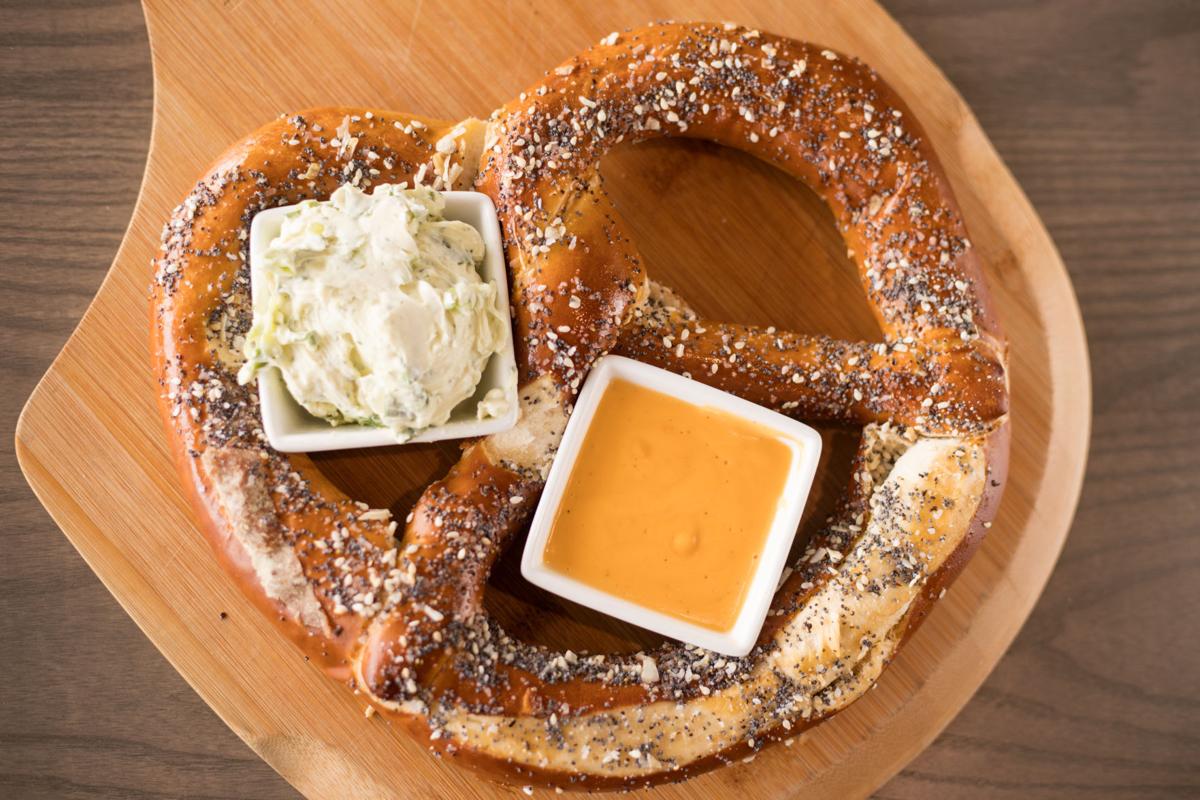 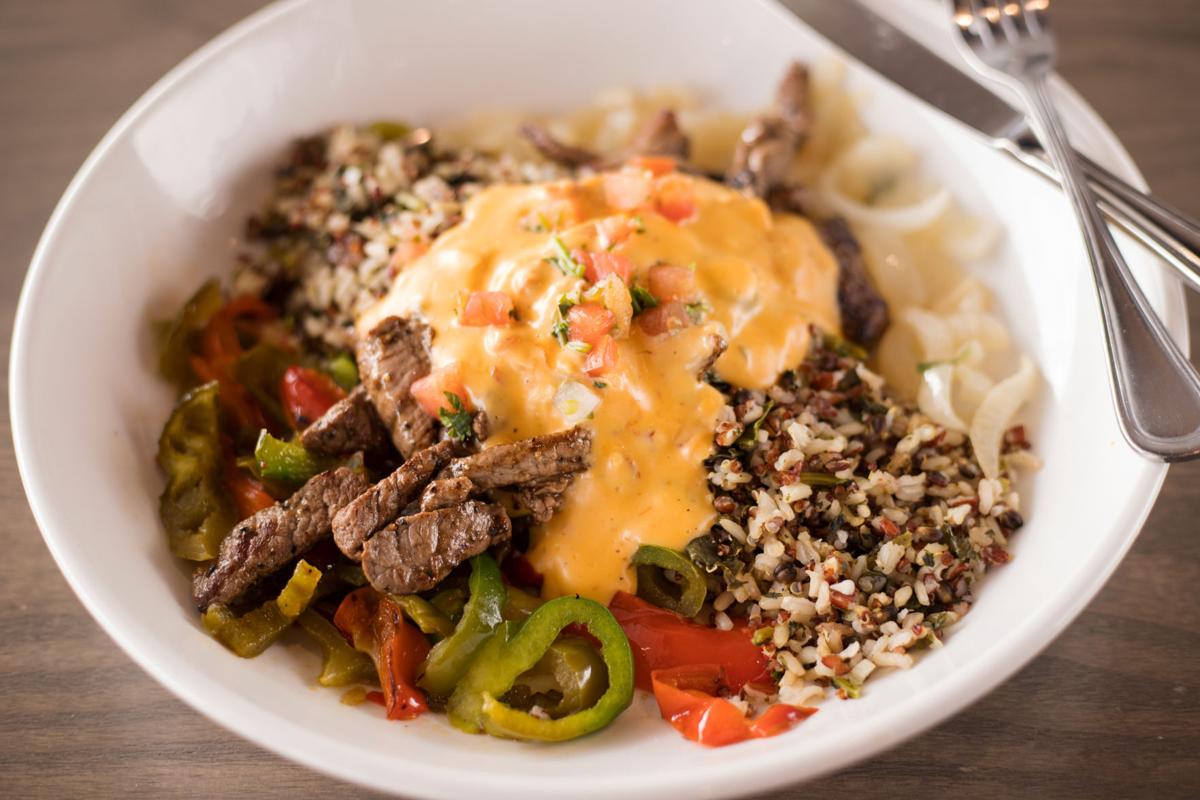 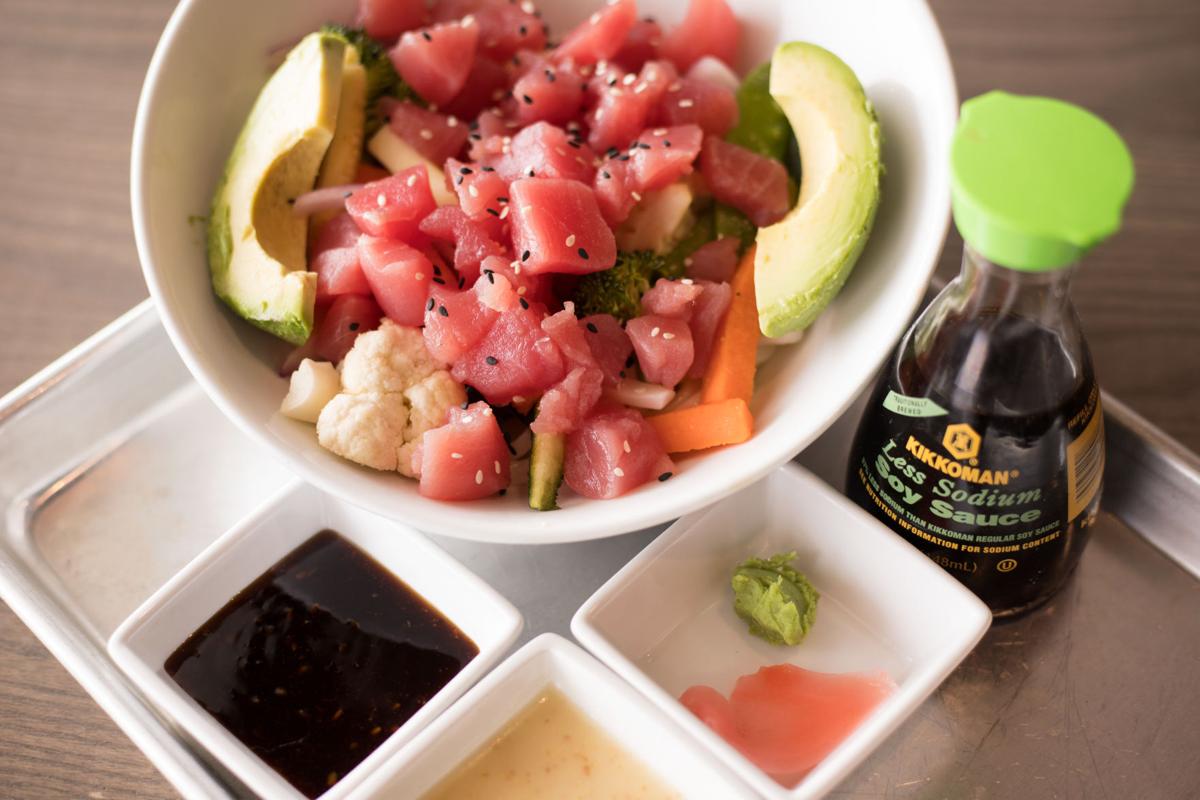 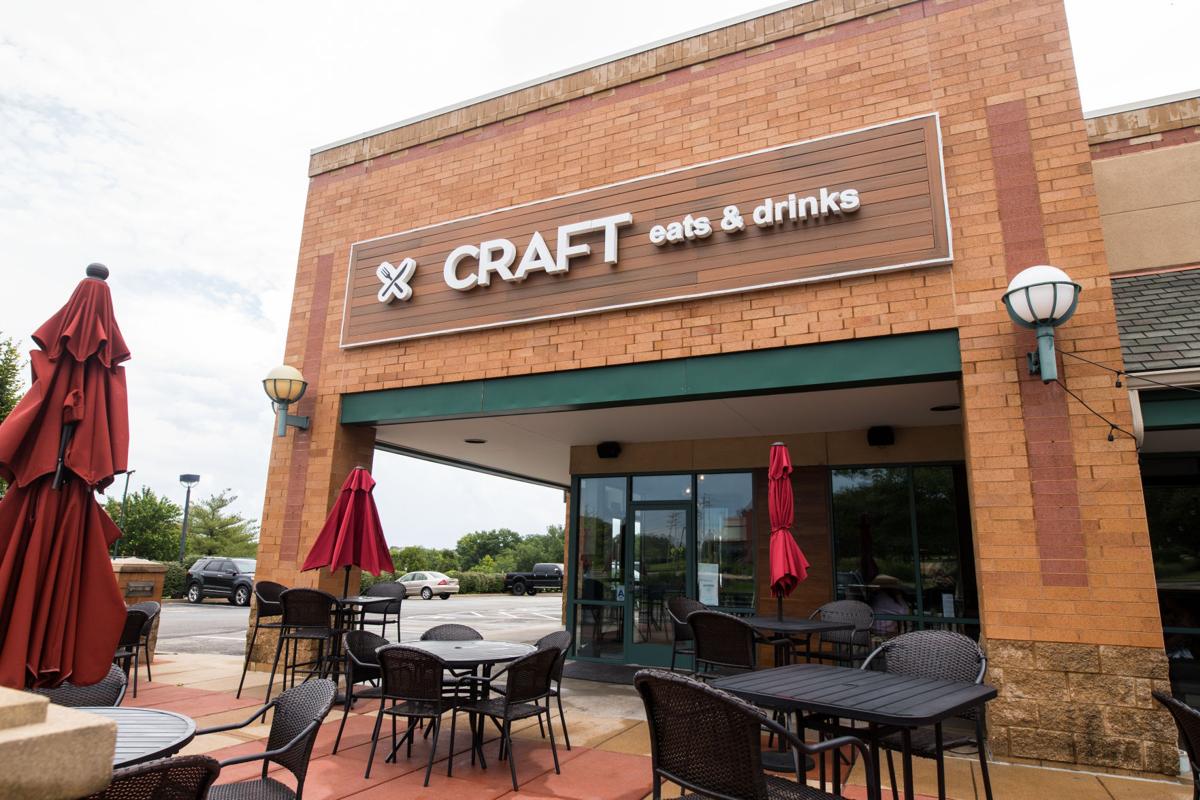 Wildwood’s Craft Eats & Drinks, which features a menu of upscale pub fare for curbside pickup, dishes everything from jumbo soft pretzels and sandwiches to seafood and internationally inspired bowls.

“We’re offering our full menu for curbside pickup and have a new head chef who studied under David Burke,” says general manager David Emmelkamp, referring to the American chef/restaurateur who appeared on the Food Network TV show Iron Chef America. “We’re going to try to elevate the food and bring a new little twist to St. Louis.”

The jerk halibut comes with pineapple salsa, Brussels sprouts, spring vegetables and beurre blanc. Shrimp scampi, another highlight from the seafood menu, includes half a pound of shrimp, white wine, butter and garlic.

Among additional highlights, guests might try a house classic: the Craft Bavarian Pretzel, a jumbo pretzel that’s baked in-house, buttered and either salted or topped with “everything” seasoning (customarily, a mix of dehydrated garlic and onion with sesame and poppy seeds) and then served with queso blanco and scallion cream cheese spread.

From the “Hand Helds” section of the menu, Emmelkamp recommends the beef tenderloin sandwich, which comes with horseradish and sautéed onion on a garlic-cheese baguette. Meanwhile, the salmon burger – one of Marino’s favorites – features charbroiled salmon with mayo, slaw and pickles on a brioche.

Last but certainly not least, Craft Eats & Drinks’ full bar offers 32 beers on tap, wine and such cocktails as a grapefruit martini and a strawberry mojito.