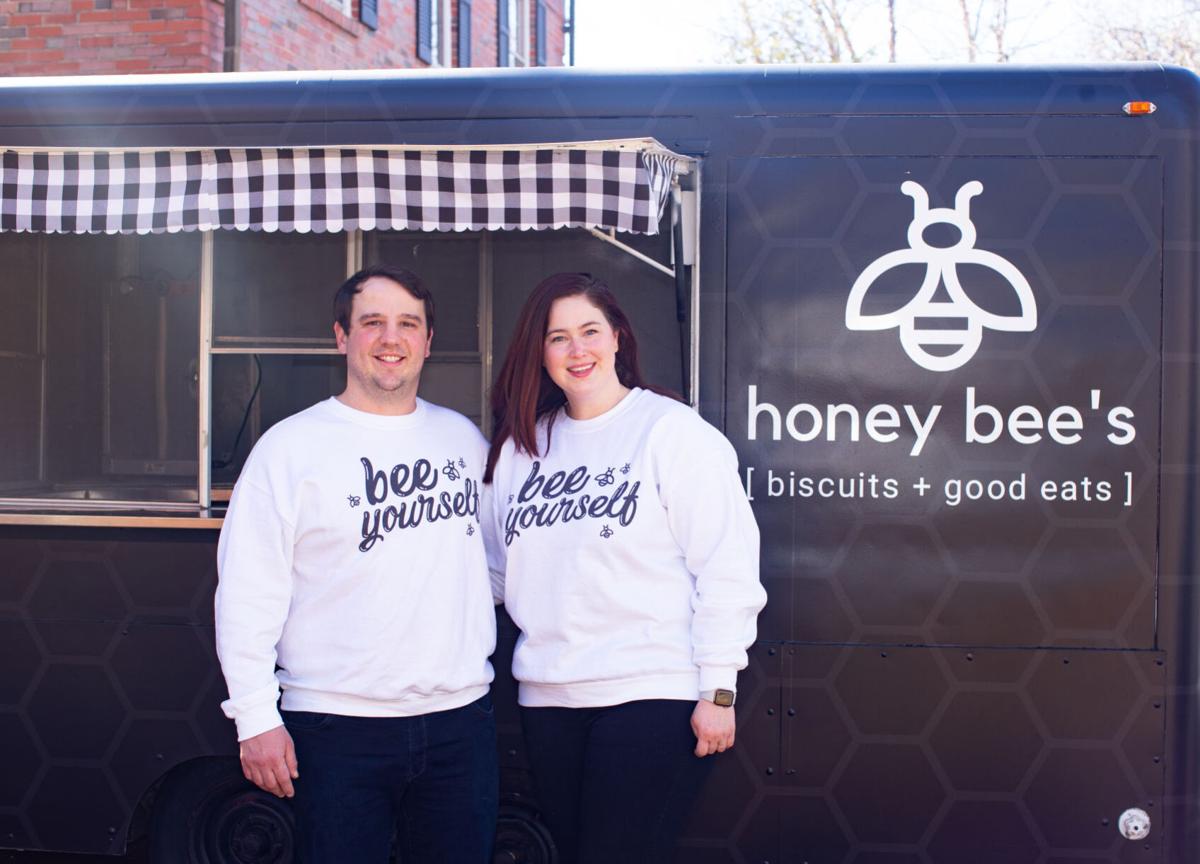 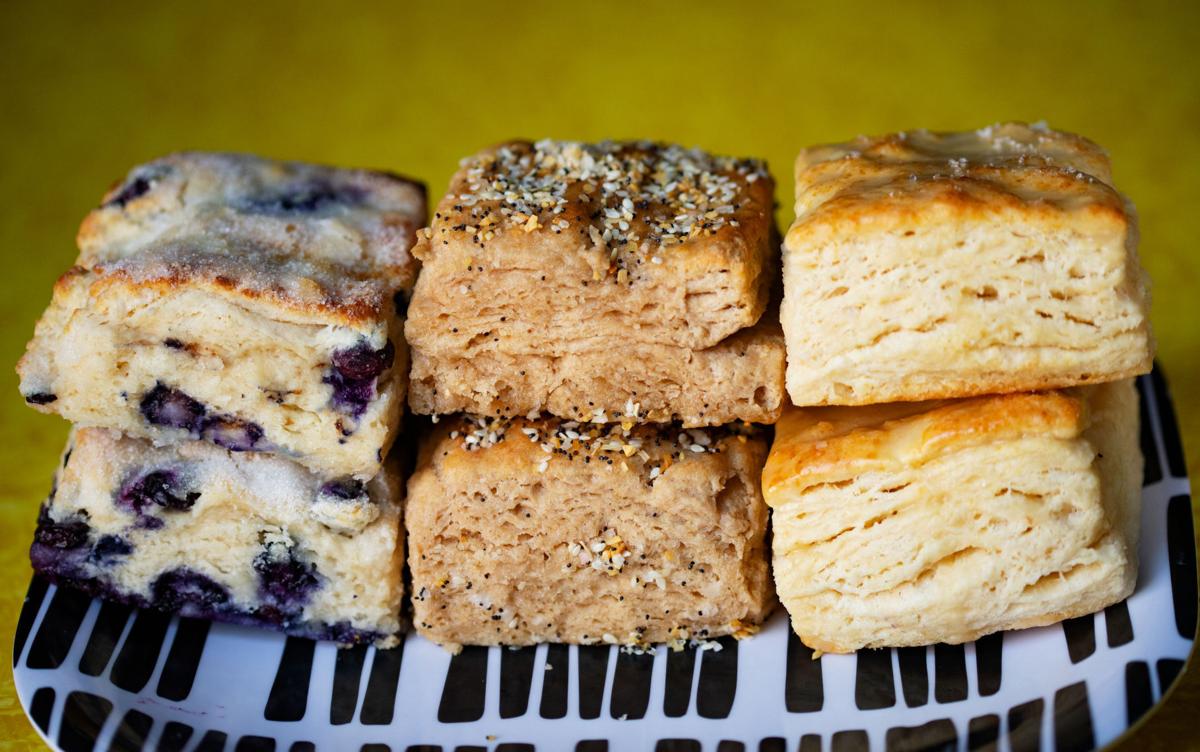 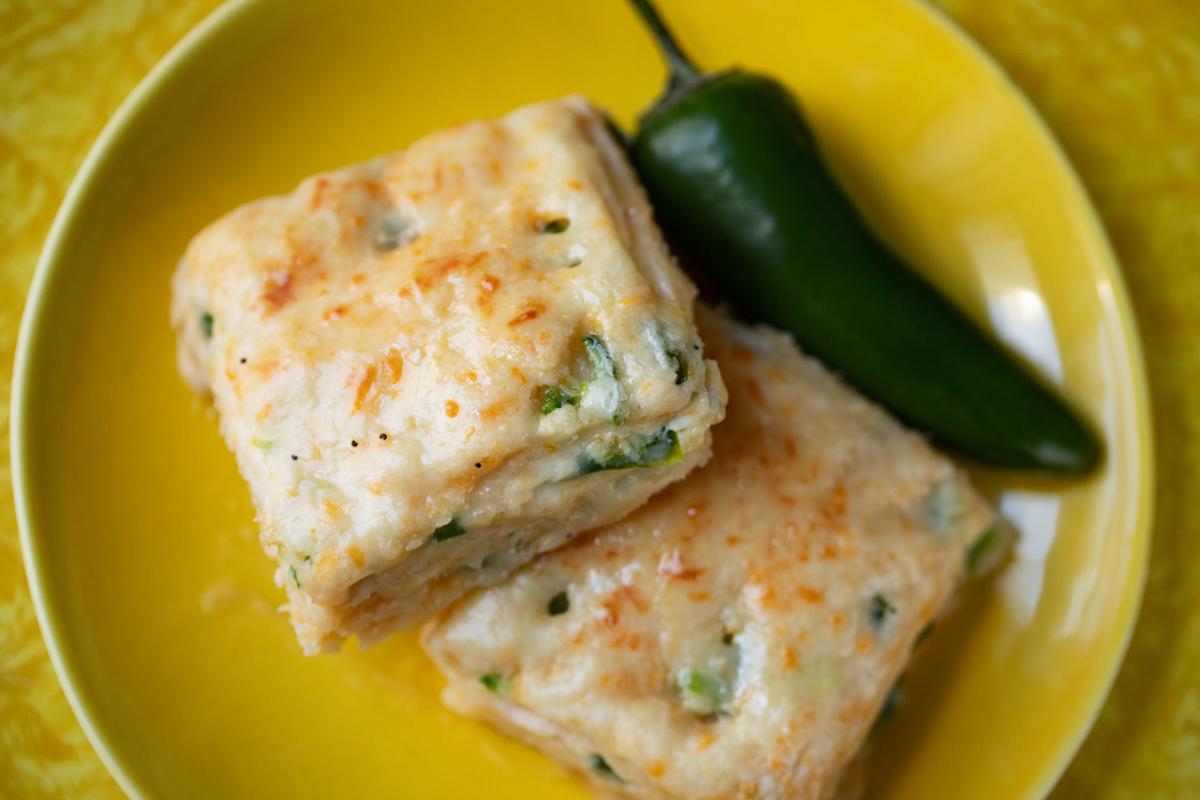 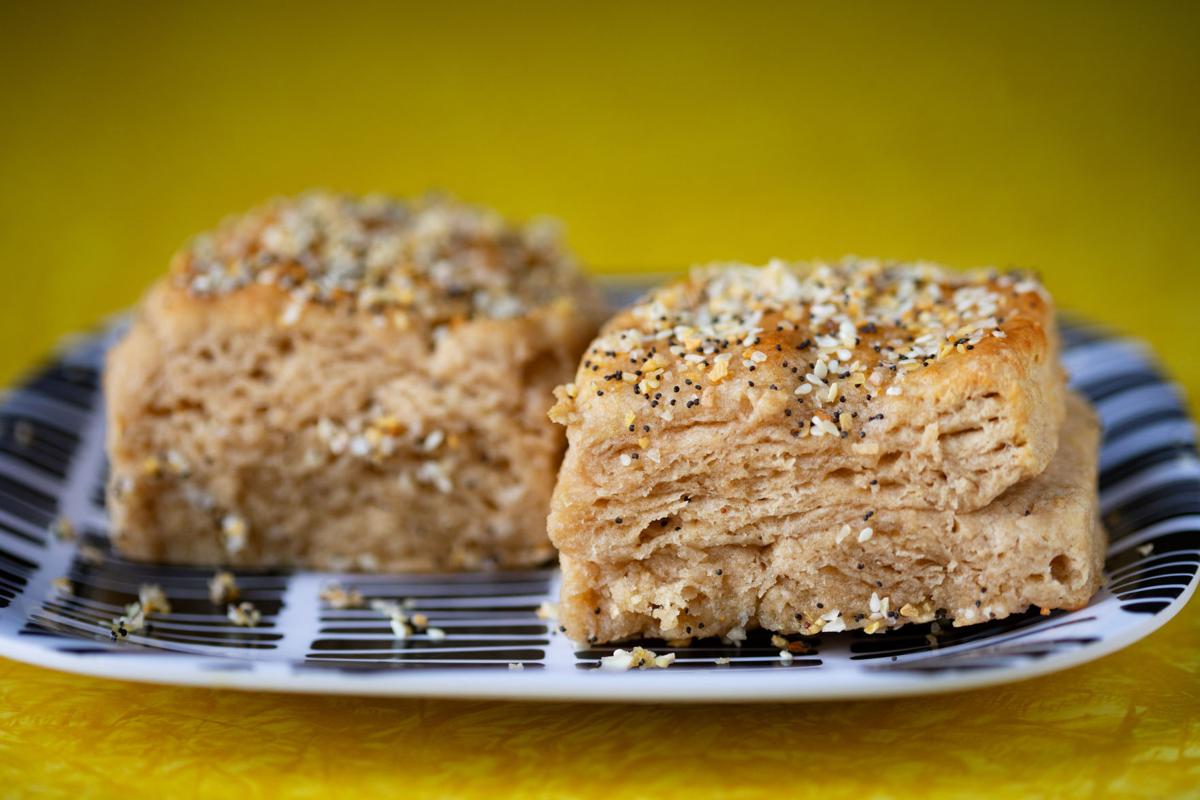 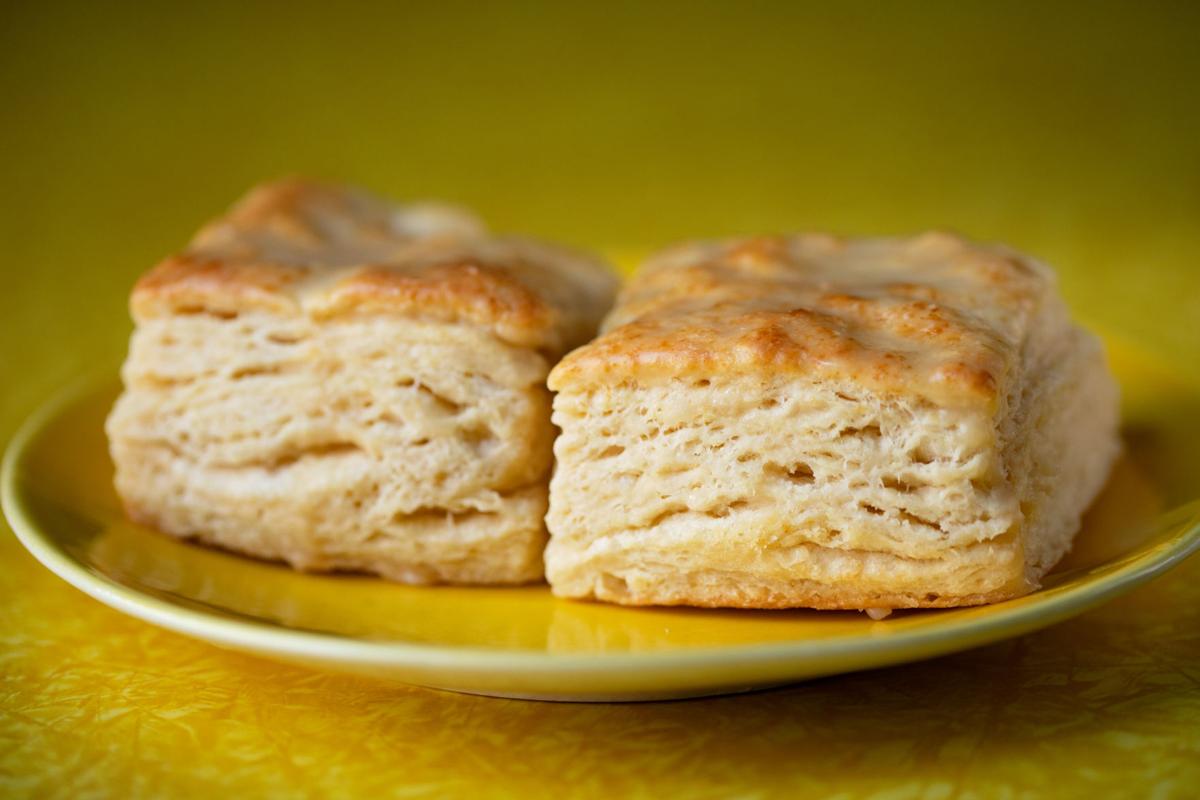 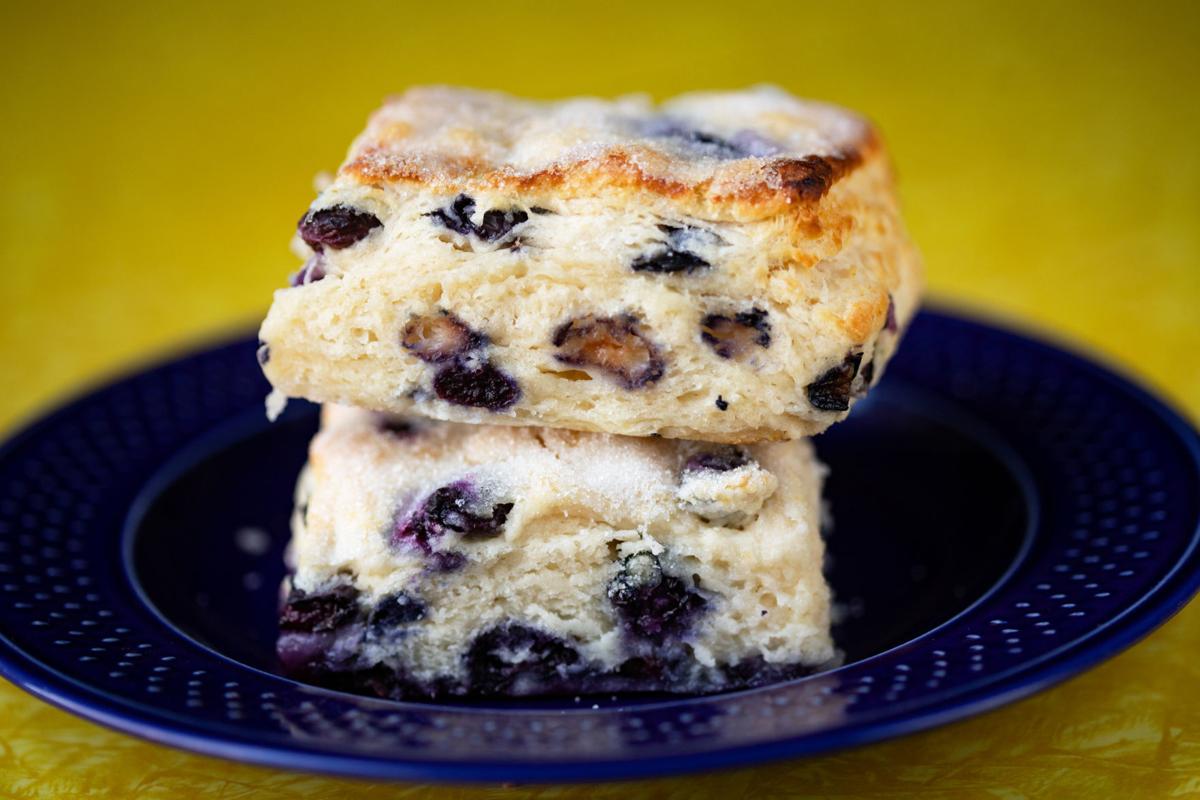 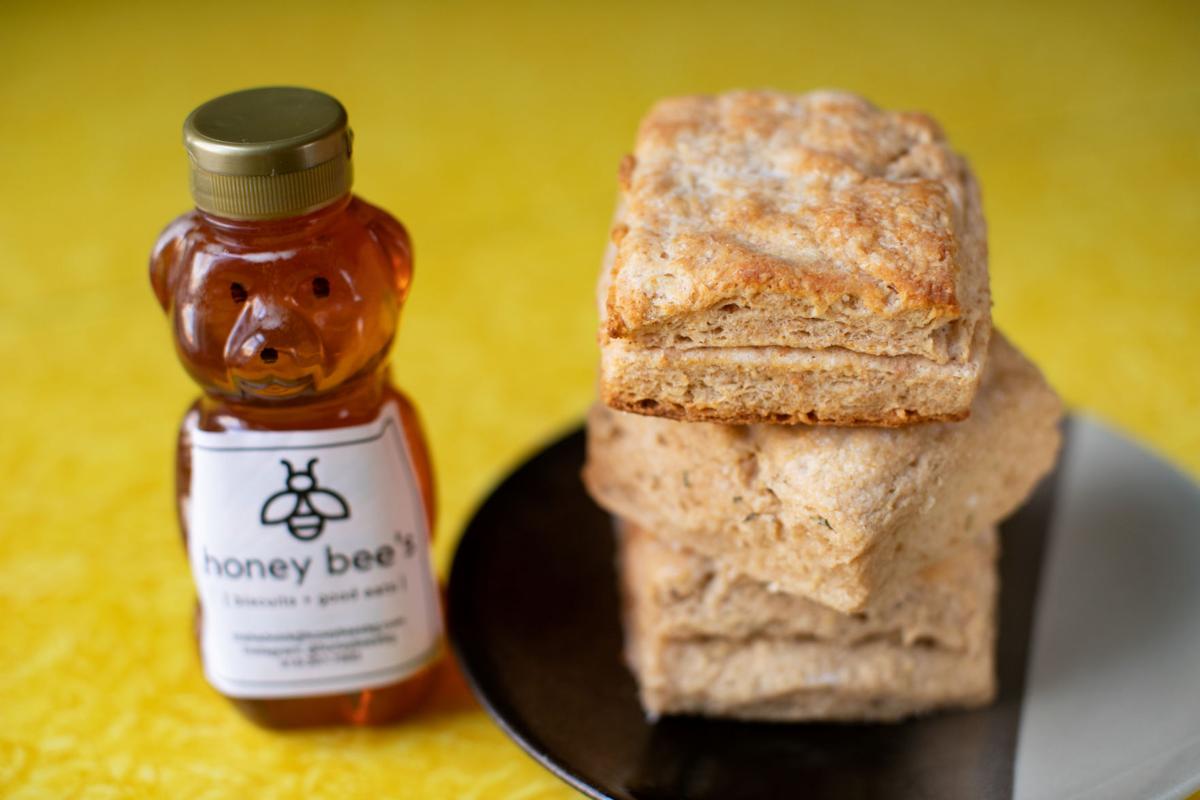 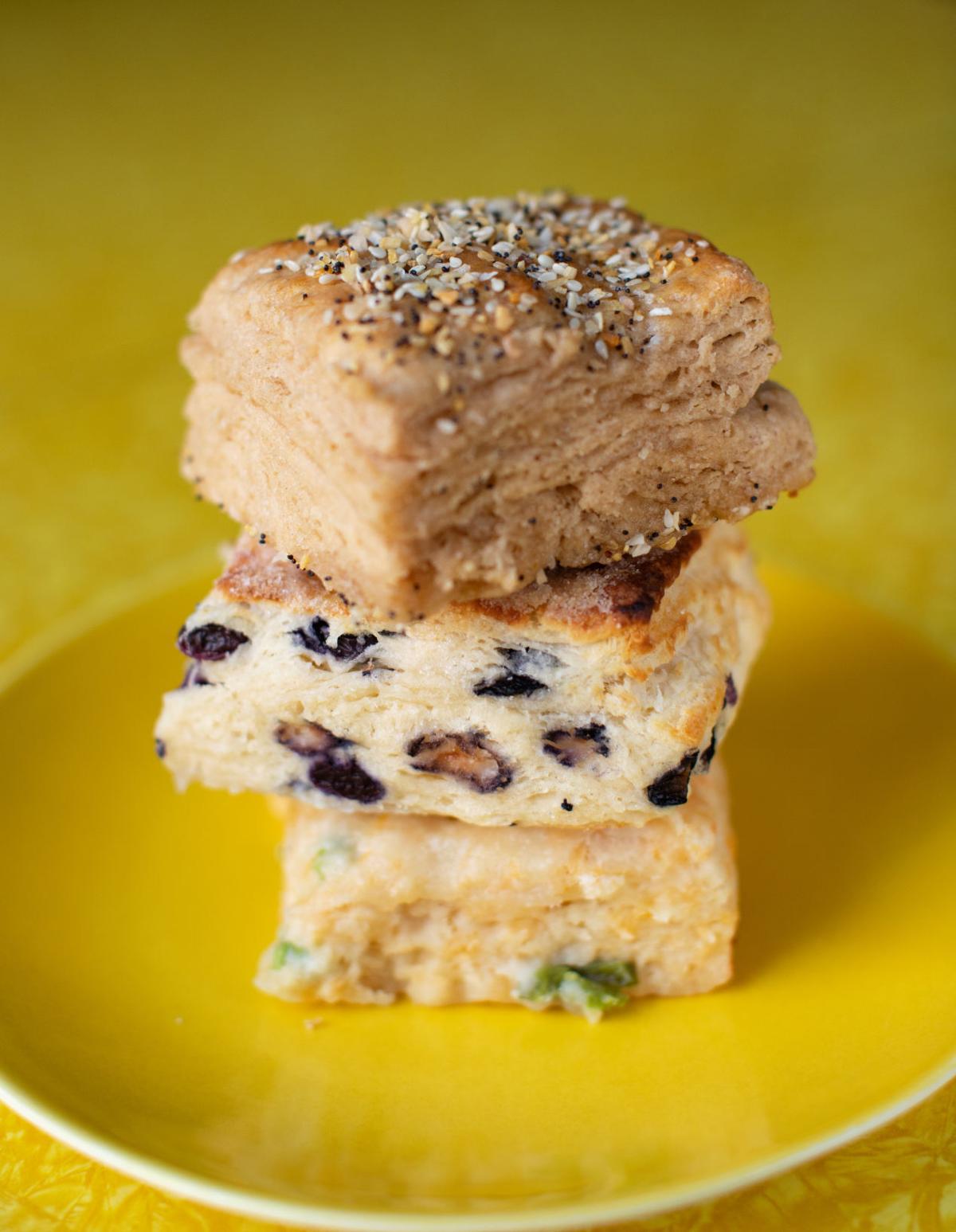 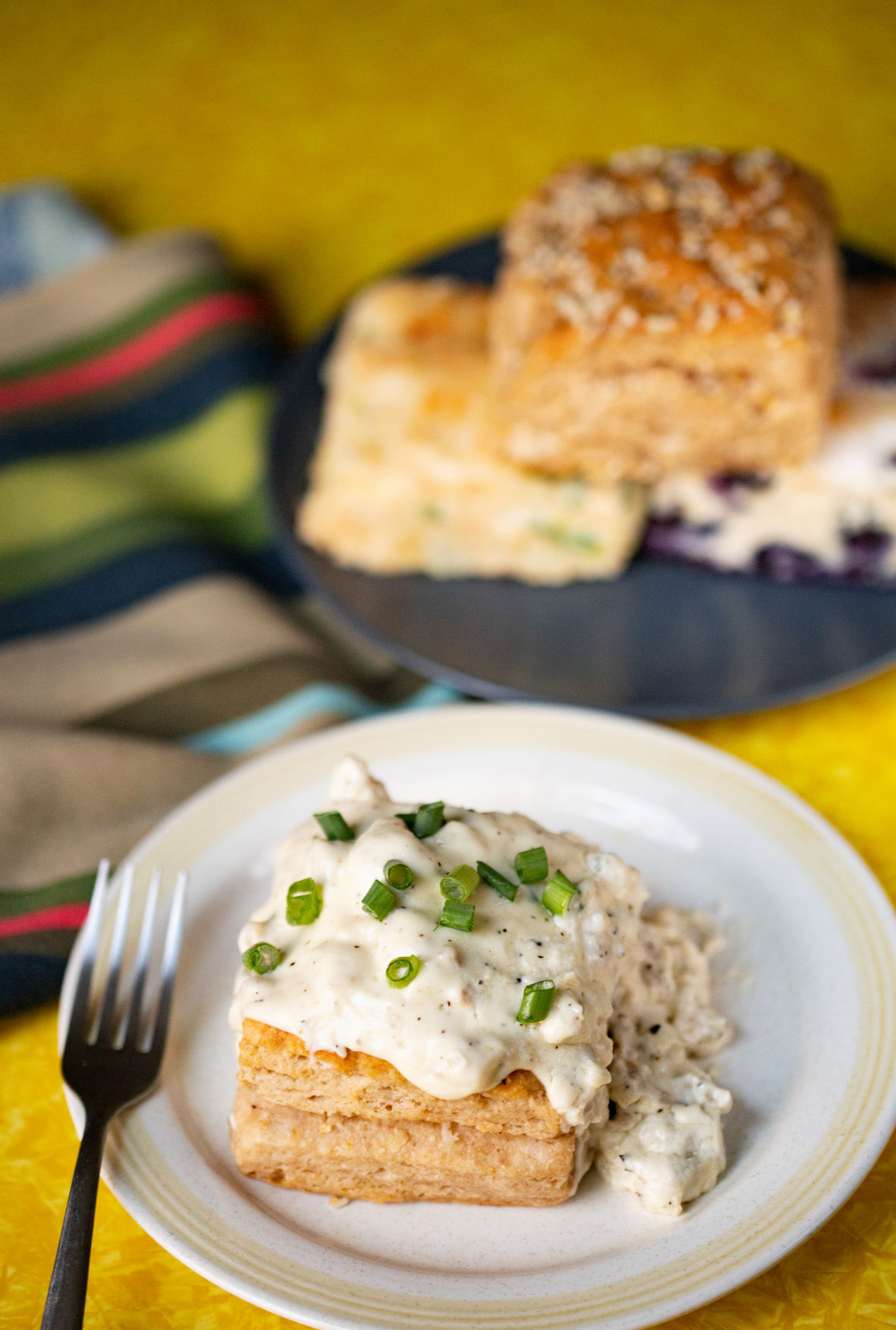 The eatery, whose rollout went so well that 400 entrées sold in just three hours, comes from the Kirkwood husband-and-wife duo of Michael Shadwick and Meredith Gibbons Shadwick. The couple previewed their brand at the Kirkwood Farmers’ Market last June.

Michael Shadwick, who has a background in sales, decided to pursue a culinary career in 2020, joining Winslow’s Table in University City as its chef garde manger last February. Just weeks later, when that restaurant temporarily closed because of the COVID-19 pandemic, he became a delivery driver for Imo’s Pizza while training to become a manager. In the meantime, he and his wife began formulating a business plan to create “the best b’s and g’s west of the Mississippi.”

According to the Shadwicks, their signature square buttermilk biscuit has a soft bottom and crispy top, finished with a sweet-and-salty, glossy honey glaze. The fluffy middle features buttery layers.

“After we perfected the standard honey-glazed biscuits, we started coming up with all kinds of different flavors,” Meredith Gibbons Shadwick says. “We do blueberry, strawberry, an ‘everything bagel’ seasoning with a garlic oil glaze, rosemary, thyme, jalapeño and cheddar, and one with cinnamon-roll filling in between the layers.”

The couple named their business Honey Bee’s in light of three factors: the honey glaze topping their biscuits, the dating app Bumble (through which they met) and their slogan, “Bee yourself, bee who you’re meant to be and always do things that make you happy.”

Offerings from the food truck’s rotating menu include The Bee Sting, a biscuit topped with spicy sausage gravy and Red Hot Riplets, as well as the Popper Bee sandwich, which features a jalapeño, cheddar and cream cheese biscuit filled with sausage, egg and peach-pepper jam.

A humble-yet-unique biscuit-and-sausage-gravy combo constitutes another Honey Bee’s mainstay. “It’s an amazing combination of flavors,” Meredith Gibbons Shadwick says. “You get an herbed breakfast sausage gravy flavor, and then you get hit with a sweetness from the honey.

“We’re just really excited to get out in the community and have people try our food.”

Honey Bee’s Biscuits + Good Eats is popping up in different locations during the weekends – so follow the Shadwicks on Facebook and Instagram to see where to catch them next!

Seven, the in-house restaurant at Clayton’s Seven Gables Inn, celebrates metro area “Lost Classics” – what it calls iconic popular dishes from shuttered eateries areawide during the last half a century.

At Glendale’s Pi Pizzeria & ¡Rico! Mexican, a robust menu features pizza, tacos, burgers, cocktails to go and more – all under one roof, w…