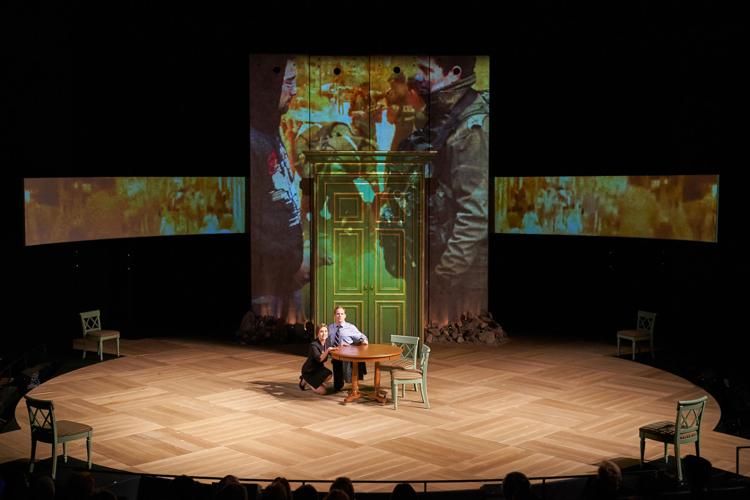 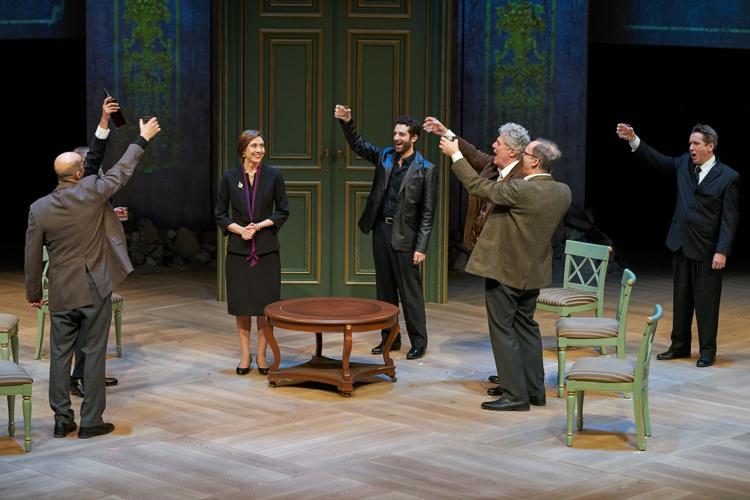 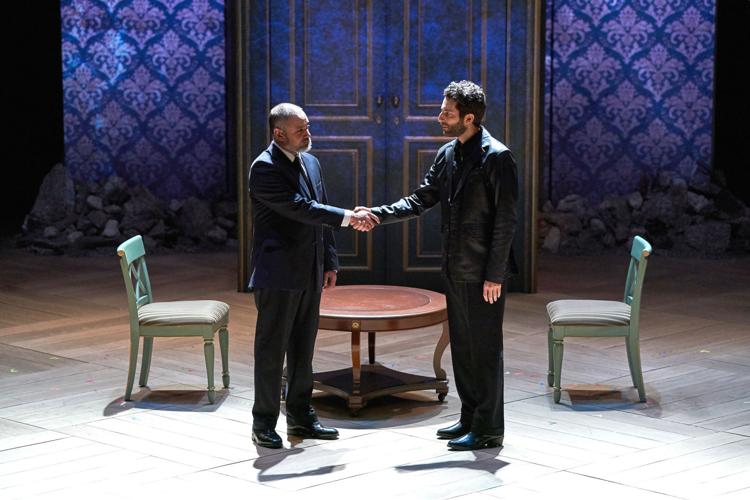 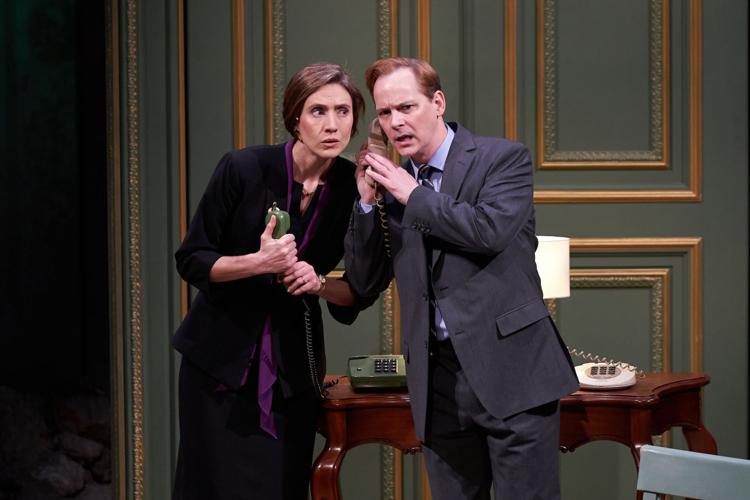 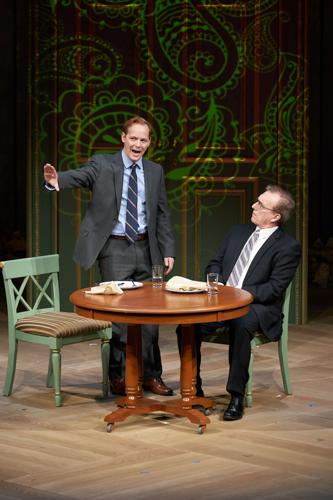 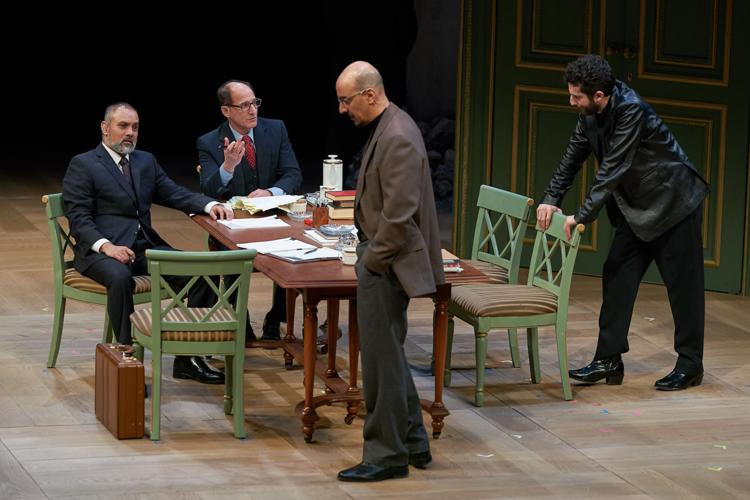 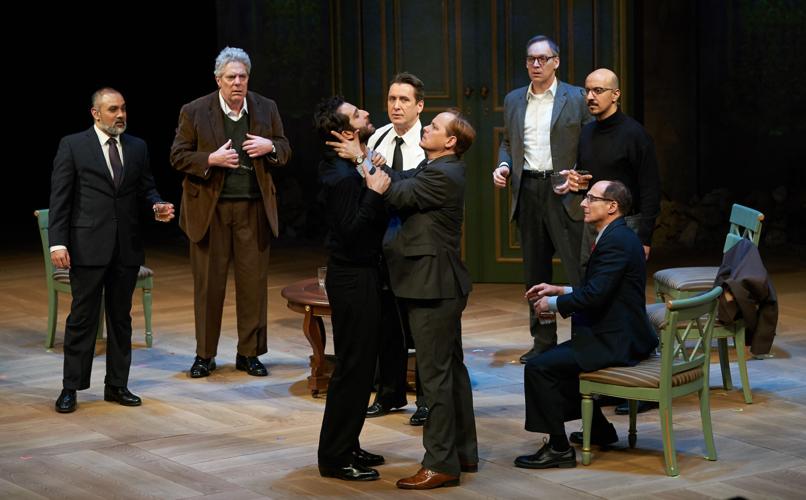 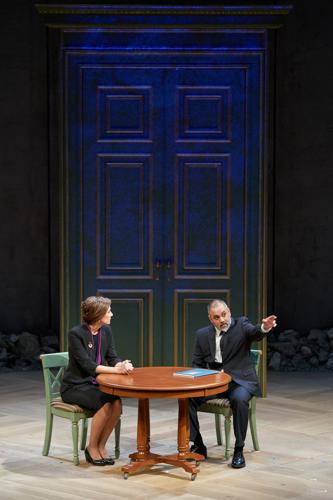 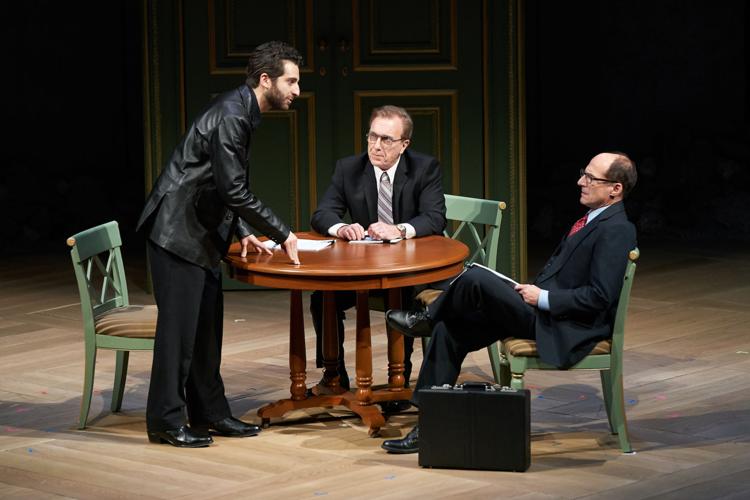 Story: Official peace talks between long-time enemies, the Israeli government and the Palestinian Liberation Organization (PLO), were going nowhere fast in April 1992 at meetings sanctioned by the United States government. That was no surprise, as the two sides had thousands of years of enmity in their joint history fighting over land in the Middle East.

Unbeknownst to all but a few, though, under-the-radar talks began in Norway, of all places, under the aegis of married Norwegian diplomats Terje Rod-Larsen and Mona Juul. They were able to convince representatives for both Israel and the PLO to travel to Norway’s capital and largest city, Oslo, for very preliminary discussions about their differences.

Israel wasn’t even “officially” at the meetings, as Yossi Beilin, a leader in Shimon Peres’ ruling government, strictly noted to his friend Rod-Larsen. A pair of lower-level academics, Yair Hirschfeld and Jan Egeland, were sent to Oslo to undertake these early talks with the PLO.

Ahmed Qurie, a high-ranking official with the PLO and his associate, communist intellectual Hassan Asfour, entered the same room, which initially was tense and stiff but cordial under the guidance of Juul and Rod-Larsen. Over the course of weeks and months, as talks progressed in tiny but important steps, higher ranking Israelis joined the discussions, especially agent Uri Savir.

As delicate as the talks were, so too was the tightrope walked by the Norwegians under the strict and skeptical observations of their boss, Johan Jorgen Holst, as were efforts to keep the inquiring Americans at bay.

Finally, in September 1993, against all odds, Peres and PLO leader Yasser Arafat signed the first peace arrangement between the State of Israel and the PLO in the White House Rose Garden in a televised ceremony. And it all began in Oslo.

Highlights: Steven Woof, The Rep’s Augustin artistic director, makes his final directorial effort at the helm of The Rep a smashing success with this riveting, superbly acted and beautifully modulated production of the unlikely drama which won the Tony Award for Best Play in 2017.

Other Info: Oslo is “unlikely” only because its subject matter seems on the surface to sound dry and static. Thanks to the considerable skills of playwright J.T. Rogers, though, Oslo is brimming with intrigue, suspense and a surprising amount of humor, which leavens the serious subject matter throughout the drama’s three acts and three hours of performance time.

Woolf’s direction further underscores the show’s strengths with brisk interludes between scenes and his shrewd use of The Rep’s spacious stage, which seems even larger given Michael Ganio’s confined scenic design.

Ganio focuses on an odd ‘cross’ of three panels, two narrow ones on either side of a wider, central piece (with rubble at its base) which showcase Nathan W. Scheuer’s judiciously selected projections of terrorist acts, faces of dignitaries and even wintry weather to great effect. There also are a pair of doors leading to the unseen discussion room as well as a large green one which ‘floats’ on the set for additional scenes.

Rob Denton’s lighting suitably complements both day and evening segments and Fitz Patton’s sound design adds to the effect. Dorothy Marshall Englis’ costumes bring humorous touches to a pair of Norwegian servants and later some wandering tourists as well as the sharply tailored suits and other attire favored by the PLO negotiators and the upper-echelon Israelis, while the academics sport a frumpy, disheveled look.

The ensemble’s acting is precise and disciplined in all respects, with those playing minor characters etching impressions as memorable as the players in the several leading roles. Rajesh Bose’s interpretation of the learned Qurie is especially rewarding, down to his gesturing when awaiting the proper time to offer a handshake to get everything underway. He also conveys Qurie’s impish sense of humor, most notably a joke at Rod-Larsen’s expense.

Jim Poulos and Kathleen Wise offer contrasting views of the married Norwegian diplomatic team. His Rod-Larsen is full of idealism, energy and a driving, vain desire to accomplish something his more recognized American counterparts cannot, while Wise’s Juul is a steady and comforting source who steers all of the negotiators by her cordial but also firm presence.

John Rensenhouse and Michael James Reed offer well-wrought versions of the academics Hirschfeld and Egeland, respectively, as well as smooth turns by Rensenhouse as the dapper Peres and Reed as a Norwegian government official.

Amro Salama pinpoints the cool, calculated personality of the Bolshevik Asfour, offset dramatically by Ben Graney as the testosterone-driven Israeli agent Un Savir. Jerry Vogel shows the restrained but vital importance of Peres’ administration man Beilin, while Jim Shankman depicts Israeli attorney Joel Singer as a brilliant lawyer all too willing to take control after the ‘heavy lifting’ has been done by others.

Jonathan Gillard Daly and Michelle Hand bring a crisp, Nordic temperament to the prickly Norwegian diplomat Holst and his patrician wife Marianne Heiberg. Hand also shows fine comic flair as the Norwegian cook who wins over the hearts of the icy diplomats with her way with waffles, with Daly as her hard-working husband. She also shares a turn with Tom Wethington as a pair of lost but determined tourists who stumble into proceedings at a critical time.

Chaunery Kingsford Tanguay and Jeffrey Cummings sparkle as a pair of bodyguards named Trond and Thor, respectively (“You can’t make this stuff up”), with Wethington and Jack Theiling capably handling smaller roles.

Woolf has worked hard and achieved much in his illustrious career with The Rep. It’s heartwarming to see him at the top of his game in his directorial swan song as the company’s longtime artistic director. Oslo is a fascinating story superbly told.