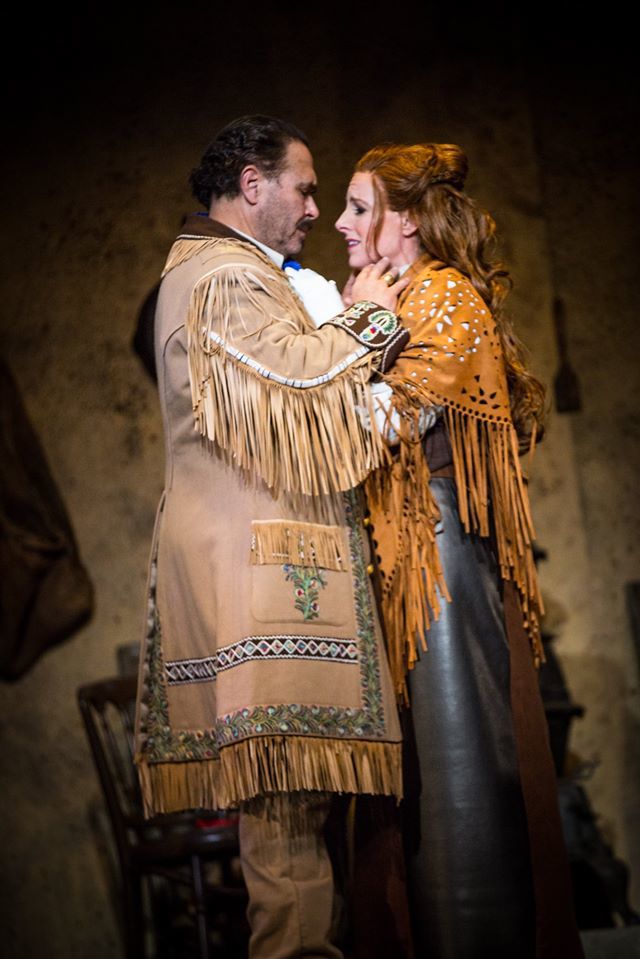 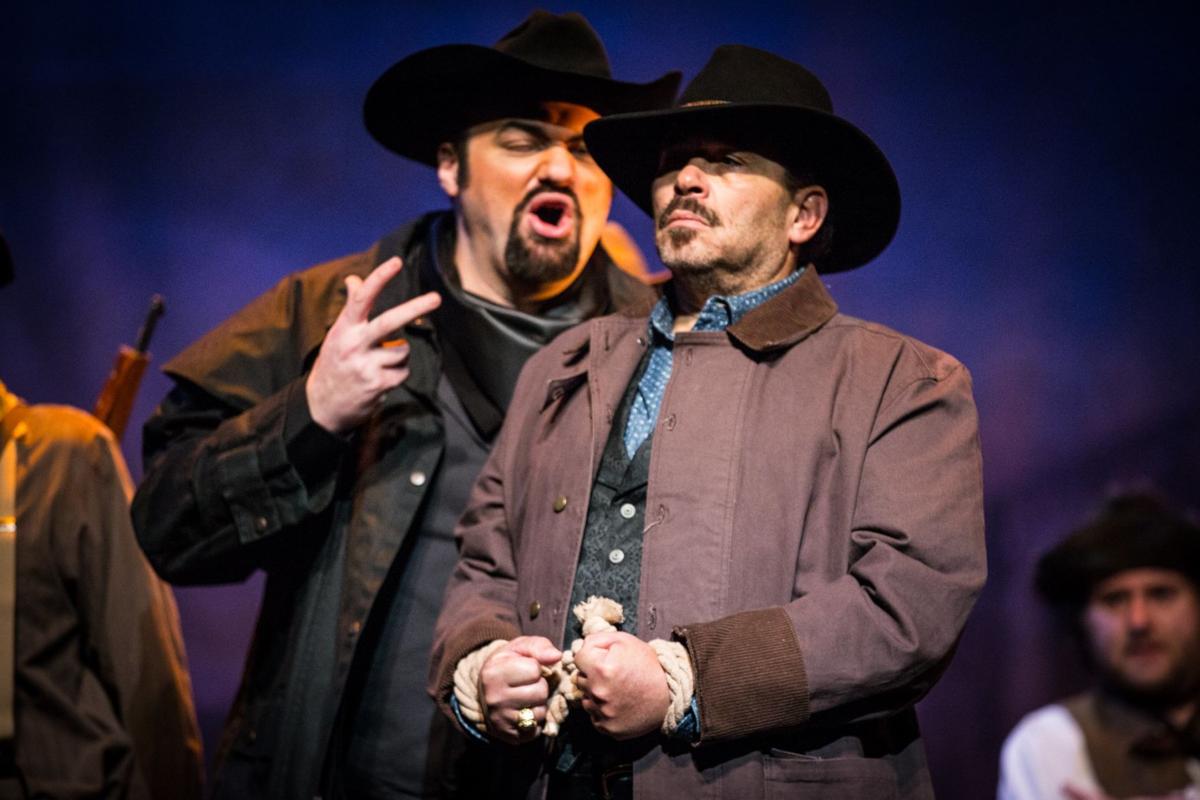 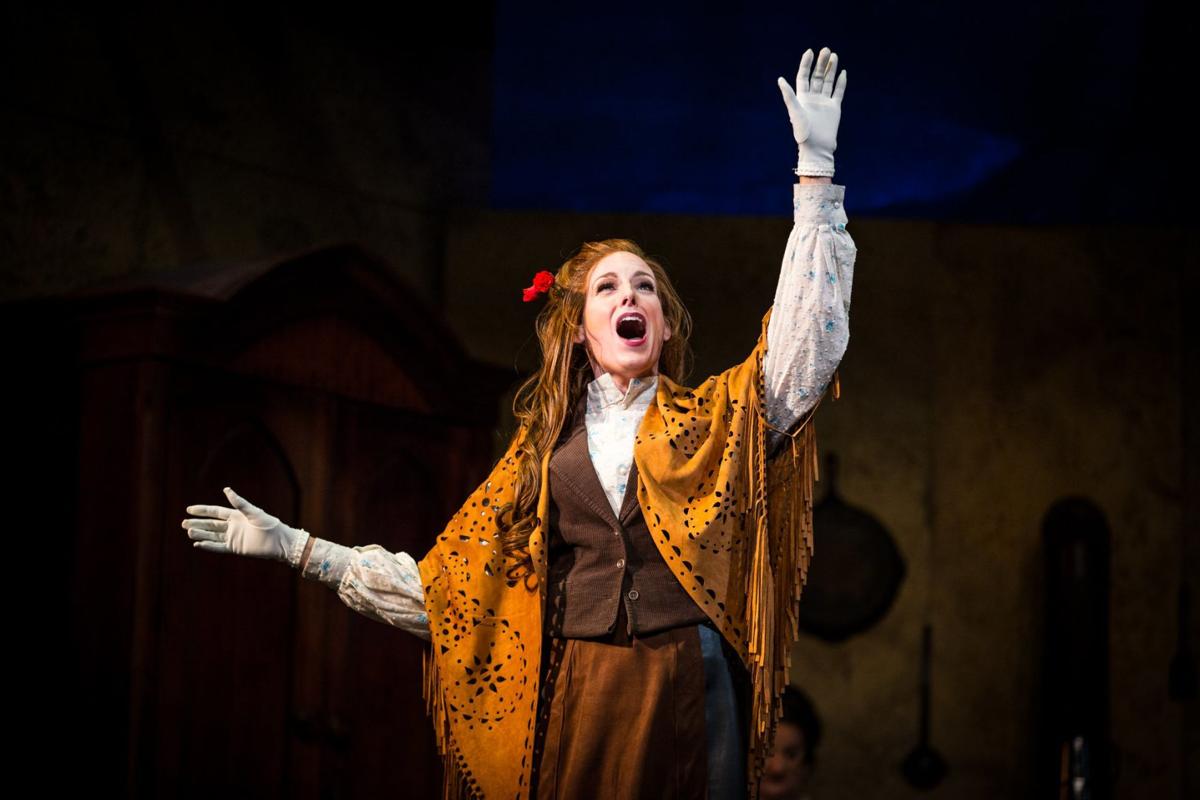 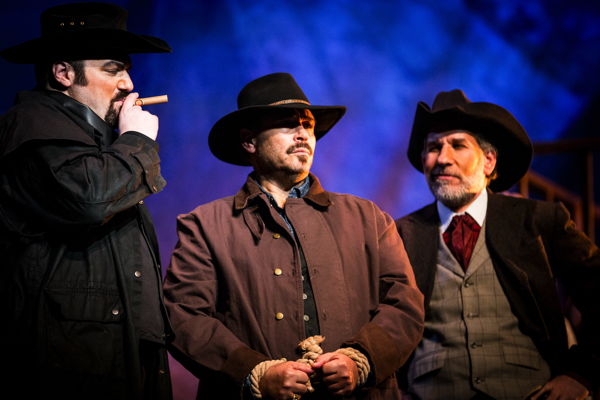 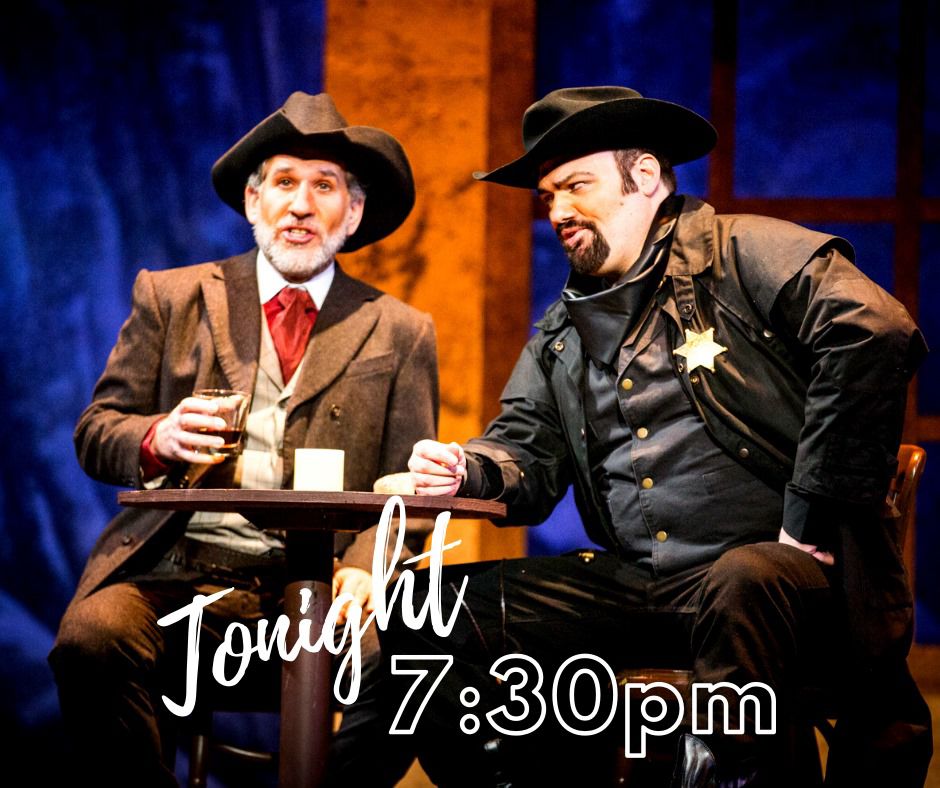 Story: Exhausted from mining for gold at the foot of the Cloudy Mountains during the California gold rush, several miners relax at Minnie’s polka saloon, serenaded by traveling minstrel Jack Wallace as they down their drinks.

A Wells Fargo agent named Ashby enters and announces that the notorious bandit Ramirrez and his gang of thieves are lurking in the vicinity. While the married sheriff, Jack Rance, tries unsuccessfully to convince Minnie to marry him, a Pony Express rider stops by with the news that a woman named Micheltorena is offering to reveal Ramirrez’ hideout.

Soon after a stranger who calls himself Dick Johnson arrives. He asks Minnie to dance with him and she accepts, much to Rance’s anger. When Ashby returns with Castro, a captured member of Ramirrez’s gang, the latter recognizes Johnson as his boss. Castro then leads Ashby, Rance and their posse on a false pursuit of Ramirrez, giving the brigand leader time to escape.

Later that night Johnson visits Minnie at her home. She is delighted to see him, then advises him to stay with her when a heavy snow starts to fall, and they profess their love for each other. Soon after Rance and the posse come by, telling Minnie they are chasing Ramirrez, whom they have learned is masquerading as a man named Johnson.

After they leave, Minnie angrily confronts Ramirrez and demands that he depart. When he does, though, she hears a gunshot. Seeing that he is wounded, she invites Ramirrez back into her home, but Rance discovers him after tracing tracks in the snow to Minnie’s house.

Ramirrez is slated for execution but is rescued when Minnie arrives at the hanging scaffold, shotgun in hand. She implores the miners to remember all that she has done for them and to ask that they reciprocate by freeing Ramirrez. After consulting with each other, they do exactly that. Minnie and Ramirrez then leave the Polka and mining camp to start a new life together.

Other Info: La Fanciulla del West (The Girl of the West) is based on American playwright David Belasco’s play, The Girl of the Golden West, and features a libretto written by Guelfo Civinini and Carlo Zangarini, with music composed by Giacomo Puccini. It premiered in 1910 at the New York Metropolitan Opera.

What’s most surprising about La Fanciulla del West is why it took more than a century before it made its St. Louis debut. Puccini’s music is lyrical and wonderful, the story resonates easily while retaining one’s interest and its briskly played out in two and a half highly enjoyable hours, especially in Winter Opera’s slick and sophisticated version.

Especially delightful was Karen Kanakis in the title role. Not only is her voice strong and smoothly superb but her acting was solid throughout. Paired with Jorge Pita Carreras as the love-stricken Ramirrez, she and Carreras made handsome work of their impressive duets together, merging her soaring soprano with his mellow tenor in affecting fashion.

Here’s hoping that La Fanciulla del West makes a triumphant return to The Lou in the not-too-distant future for the enjoyment of additional devotees, both of Puccini and fine opera in general.