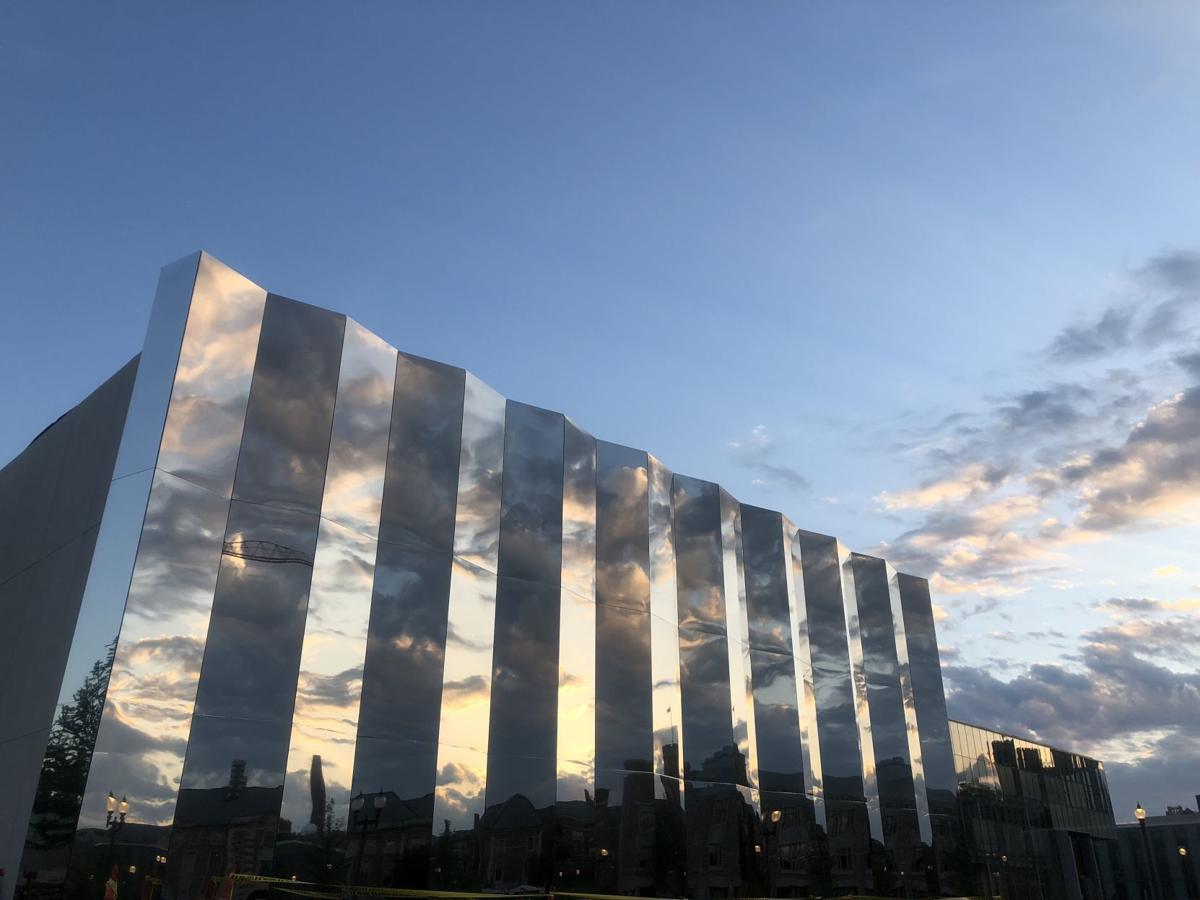 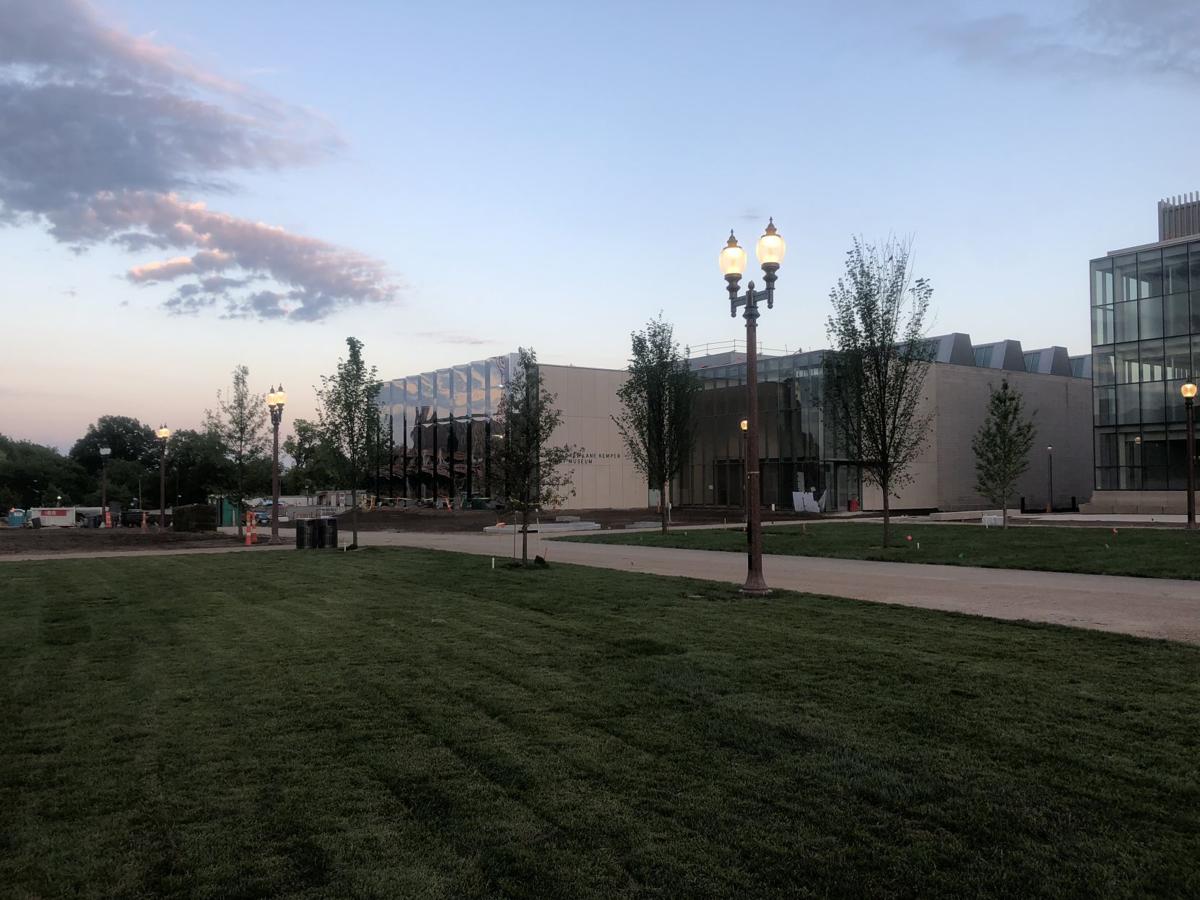 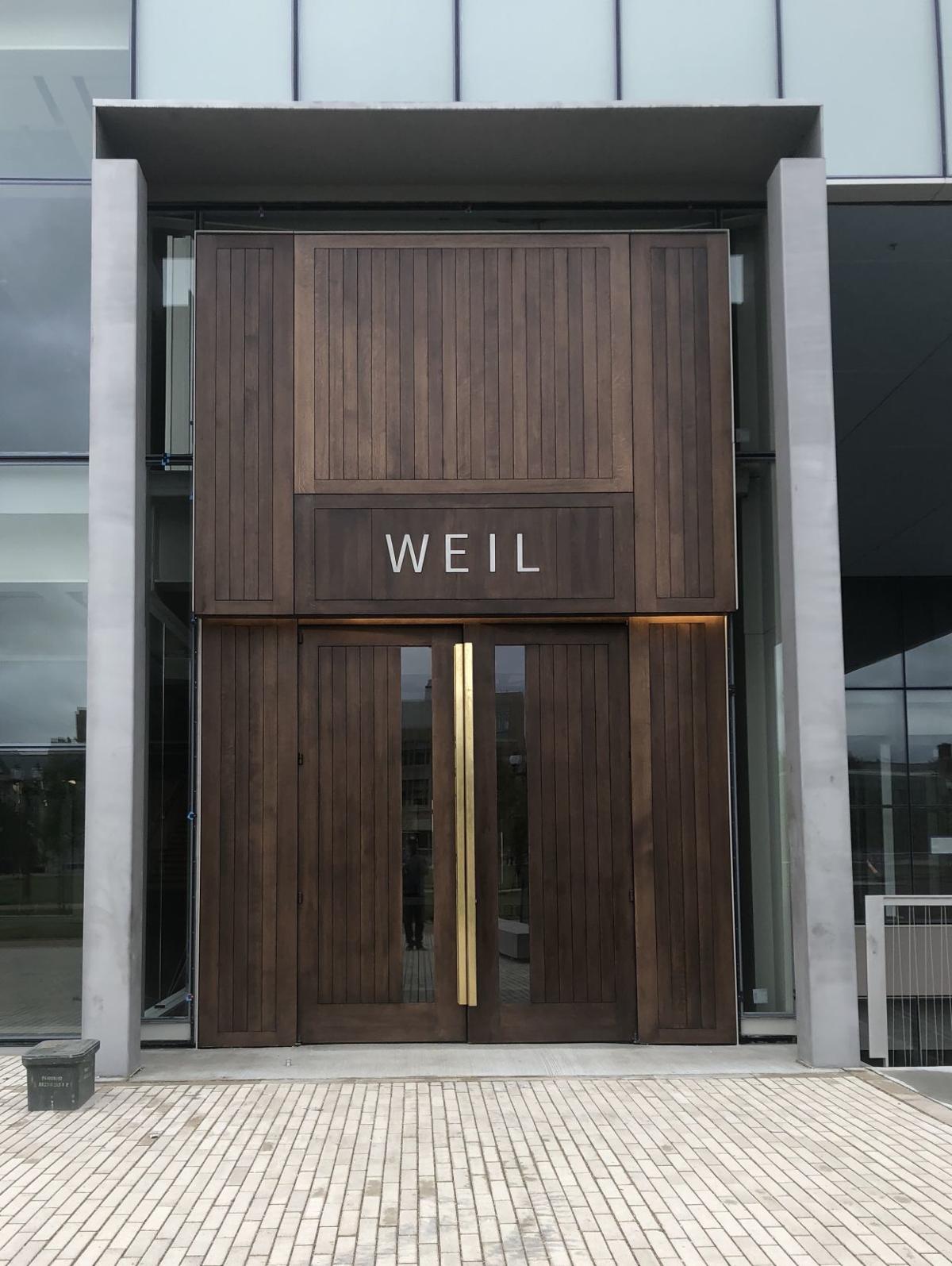 That activity, just part of a $280 million transformation of the east end of the university’s 169-acre Danforth Campus, involves two structures under its famed Sam Fox School of Design & Visual Arts: the construction of the Anabeth and John Weil Hall and the extensive expansion/renovation of the Mildred Lane Kemper Art Museum.

“This truly is the dawn of a new era,” says Carmon Colangelo, the Ralph J. Nagel Dean and E. Desmond Lee Professor for Collaboration in the Arts at the Sam Fox School. “Weil Hall and the expanded Kemper Art Museum demonstrate the important role that art, architecture and design education play within a top-tier private research university.

“These two major new projects transform the Sam Fox School campus, reshape the visitor experience and firmly establish the prominence of our art museum on campus. Weil Hall will house graduate studios, a digital fabrication studio, a media center and shared spaces for undergraduate and graduate students, and the museum’s public display space will increase by nearly 50 percent.”

Improvements to the roughly 8,700-work-strong museum are scheduled for completion early in August, according to Dr. Sabine Eckmann, its William T. Kemper Director and chief curator, who briefly dwells on the facility: “I’m very excited about all the improvements taken together – from the dazzling façade [to] the Kemper Art Museum’s location in the new Tisch Park to the expansion of exhibition space.

“Ultimately, I’m most excited about new and expanded gallery spaces. It gives us the possibility to show much more of our renowned art collection and at the same time curate more ambitious temporary exhibitions. In the future, we hope to attract more diverse audiences – everyone will identify one or more favorite artworks in the expanded Kemper Art Museum.”

The dean, too, expressly cites two features mentioned by his colleague: “A striking new 34-foot-tall polished stainless steel façade will draw visitors to the expanded Kemper Art Museum, and the expansion will strengthen visibility and better showcase the renowned permanent collection.”

• The Stair Gallery, with seldom-displayed objets from the museum’s collection.

• New galleries on the lower level.

• The first permanent space for the museum’s video art, also on the lower level.

The Kemper, not coincidentally, will reopen in style with “Ai Weiwei: Bare Life”; that exhibition devoted to the extremely high-profile Chinese artist/activist will run from Sept. 28 to next Jan. 5.

For his part, the dean relates what about Weil Hall – which itself will open just in time for the start of the fall semester, on Aug. 26 – most intrigues him.

“It’s truly an inspiring building, featuring light-filled and flexible loft-style studios and open workspaces,” Colangelo says. “The building is designed with a great deal of visual transparency – you can literally see the sections between floors and activities throughout the building. The large, elegant doorways and portals to Weil create a tremendous ‘front door’ to the Sam Fox School, with a dramatic cantilever on the northwest corner overlooking a lower garden.

“The windows inside frame many architectural details in the surrounding area of campus, with spectacular views of Brookings Hall and Tisch Park. Weil Hall also features a dramatic two-story interior court with a 30-foot living green wall, creating a beautiful central social space and collaborative environment. There’s also a wonderful outdoor seating wall that wraps the northern and eastern façade of the building, looking onto the reinstalled Florence Steinberg Weil Sculpture Garden.”

As another Weil Hall feature worthy of note, it includes a commissioned mural wall that will sport new works by alumni yearly. Also, this coming semester, the Master of Fine Arts

in Illustration & Visual Culture program – new to the Graduate School of Art, one branch of

Not by accident, all of this Danforth Campus activity has embraced what’s commonly called sustainability, an issue of growing significance if not downright criticality in architecture, as well as a core value at the Sam Fox School. In that regard, new construction there has incorporated features like these:

• LEED Gold status, as defined by the nonprofit U.S. Green Building Council’s Leadership in Energy and Environmental Design, one of the world’s most popular green building certification programs.

• An underground garage with a green roof.

Now that Weil Hall’s opening and the Kemper’s reopening are approaching, Colangelo reflects proudly on how it feels to bring to fruition such a grand endeavor. “Designed by the internationally acclaimed architecture firm KieranTimberlake [from Philadelphia], both projects are part of the transformation of the east end of Washington University’s Danforth Campus – a historic undertaking featuring eight major components,” he states.

“We’re at the ‘right place at the right time,’ as for the first time in decades, all of our graduate and undergraduate art, architecture and design programs will be located together at the front door, where we will encourage and invite collaboration across disciplinary boundaries throughout the university.”