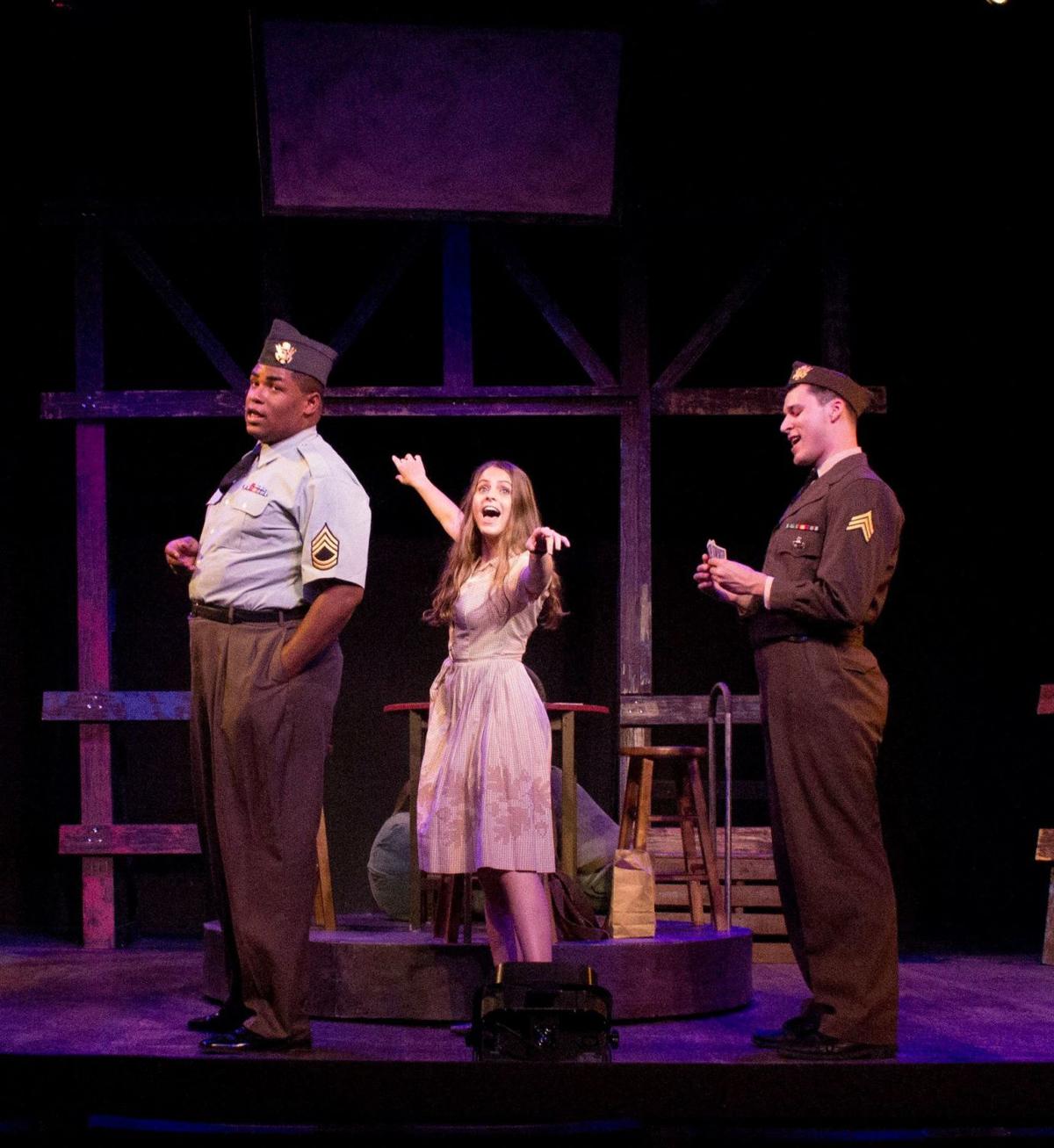 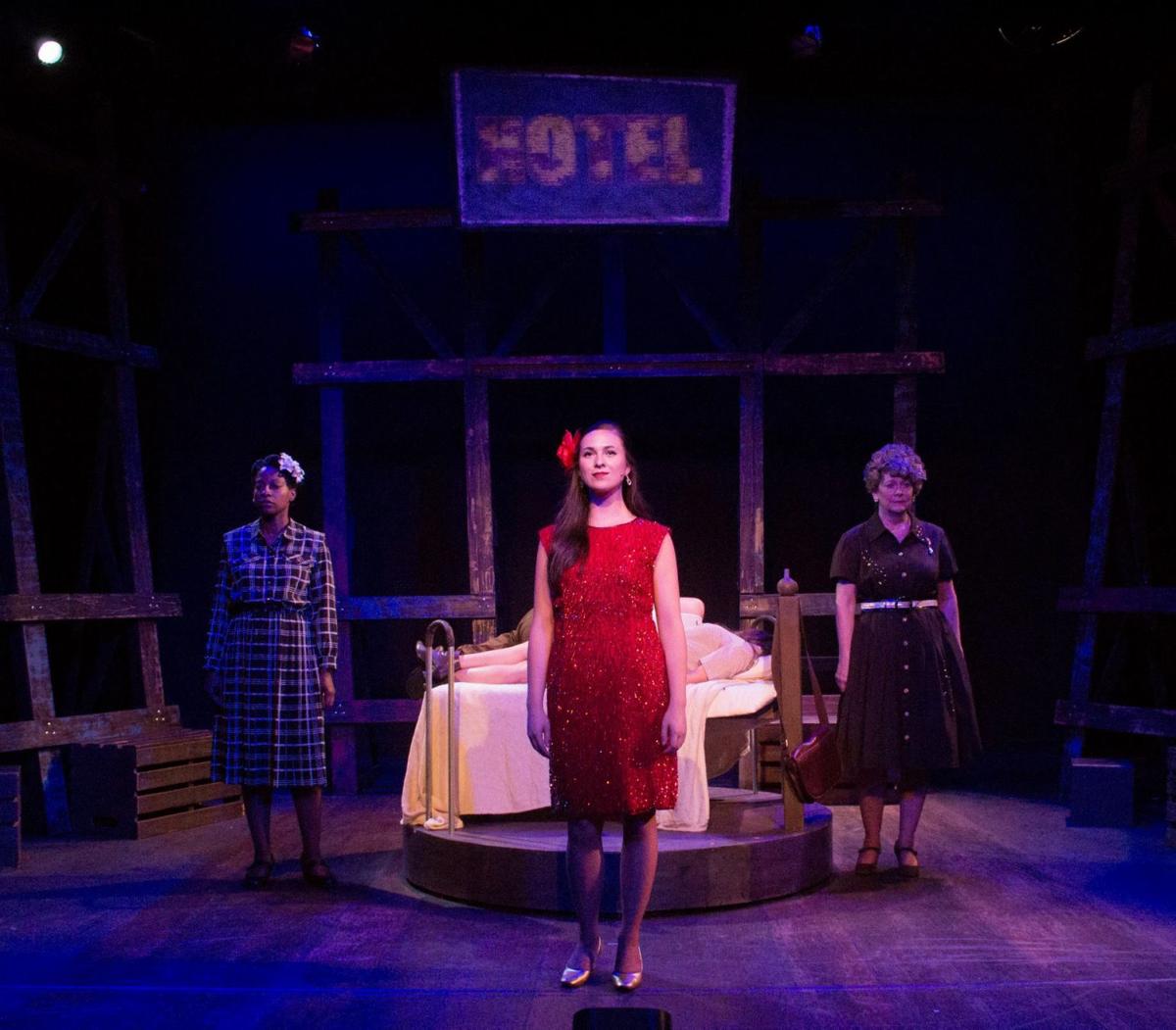 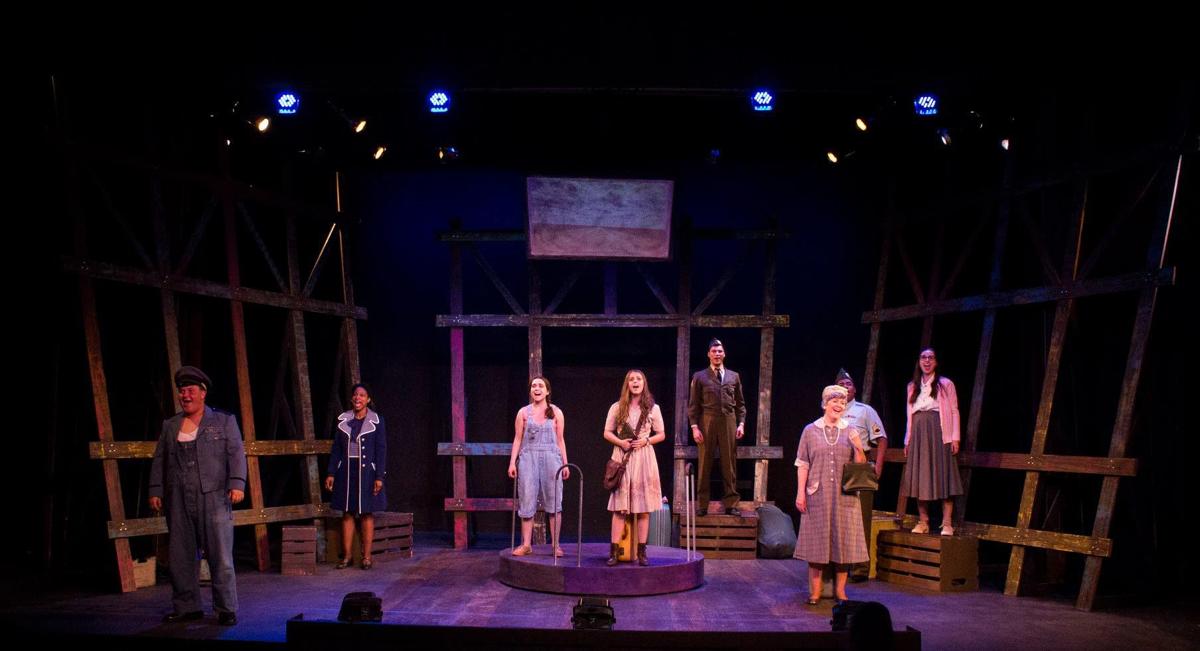 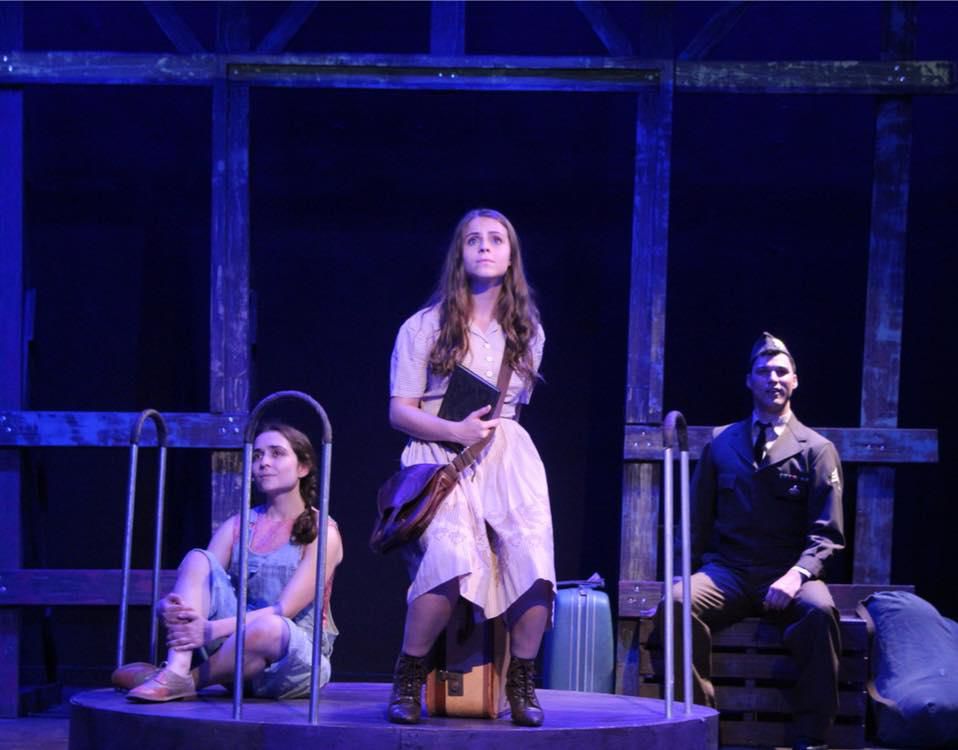 Story: Violet is on a journey of healing in 1964. Disfigured years earlier by a freakish accident at her North Caroline home, the young woman is now aboard a Greyhound bus heading to Tulsa.

That’s her destination because it’s the headquarters of a televangelist whom Violet believes can remove the hideous scar from her face and make her ‘pretty’ again. With the recent death of her widowed father, she’s all alone in the world and free to pursue her dream of restoration.

At a rest stop she meets a pair of soldiers bound for Fort Smith, Arkansas, two enlistees who know that they may eventually be headed for Vietnam. Flick is a black sergeant and Monty is a white corporal. Racial tensions are high in the Civil Rights era of the South, but Flick and Monty are poker pals who look at the Army as a means to make a living.

The two befriend Violet and inquire about where she’s traveling. Flick tells Violet he doesn’t have a lot of faith in televangelists but he is sympathetic to her plight, while Monty sizes her up. The two troopers convince Violet to hang out with them for a night in Memphis, where Flick takes Violet and Monty to a hotel run by his friend Almeta.

The landlady isn’t happy to see two white people in her establishment, but Flick promises they’ll all be gone in the morning. Flick, Monty and Violet go to a nightclub, where the sight of Flick dancing with Violet brings angry stares and remarks. They return to the hotel, where Flick and Violet share a tender moment before Almeta interrupts. Monty then enters Violet’s room later in the night.

Violet resumes her journey to Tulsa in search of the mysterious televangelist, while the soldiers ask her to visit Fort Smith on her return.

Will Violet find ‘healing’ in Tulsa? Will she come back to Flick and Monty en route to her North Carolina home? Will she decide to join either of her soldier friends in a more lasting romance? Violet doesn’t know it, but she’s on a journey of self-discovery.

Highlights: This little-known but charming musical by composer Jeanine Tesori and writer Brian Crawley is given a tender and affecting interpretation by Ozark Actors Theatre under the nurturing guidance of artistic director A.S. Freeman. It features a number of well-etched performances by Freeman’s able cast.

Other Info: Violet, based on Doris Betts' book, The Ugliest Pilgrim, had a rather inconspicuous debut Off-Broadway in 1997, closing after less than a month of performances. It was resurrected in a Broadway revival in 2014, where it ran for a little less than five months before shuttering again.

That’s unfortunate, because Violet is a warm and well-told tale, something director Freeman accentuates with Ozark Actors Theatre’s affecting rendition. The show won an Obie Award as well as the New York Drama Critics Circle Award for Best Musical and helped launch the career of Tesori, whose others works include Fun Home, Caroline or Change and Thoroughly Modern Millie.

Jack Golden’s set features a trio of wooden structures aligning the perimeter of the performance area and a small video screen in the background to help realize various scene locations, nicely illuminated with Kevin Shaw’s lighting. Julian AC King adds costumes of the era, including those adorning a hooker, a nightclub singer and the flashy televangelist.

Lara Petrin’s choreography is simple but effective, especially on the Memphis club dance floor as performed by Omega Jones as Flick, Hollyn Gayle as Violet and Danny Bertaux as Monty. Laura Light adds useful props and Bre Sakalis offers a sound design which supplements the music.

Freeman nicely paces this soft show, allowing its tender heart to beat throughout its two acts. There are several well-hewn performances, including Gayle’s strong portrayal of the indomitable title character, which she underscores with a beautiful voice on various tunes as well.

Jones brings his own considerable musical skills to the role of the kind-hearted Flick, a part he realizes in convincing, understated fashion. Dan Fenaughty scores a double success as Violet’s well-meaning and loving but tortured father and also as the slick televangelist who actually shows some humanity in a surprising scene with Violet at his Tulsa studio.

Bertaux delivers a winning performance as the cocky Monty, also unveiling an unexpectedly tender side, while Jeanitta Perkins excels as the worried landlady as well as a powerful gospel singer who easily sizes up her televangelist boss.  There’s also good work by Shannon Fields as young Violet in numerous flashback scenes.

I don’t recall seeing a production of Violet on a St. Louis stage, but it’s a show certainly worth a two-hour drive to Rolla. Like its title character, Violet has heart and a zest for life brimming with musical expression.