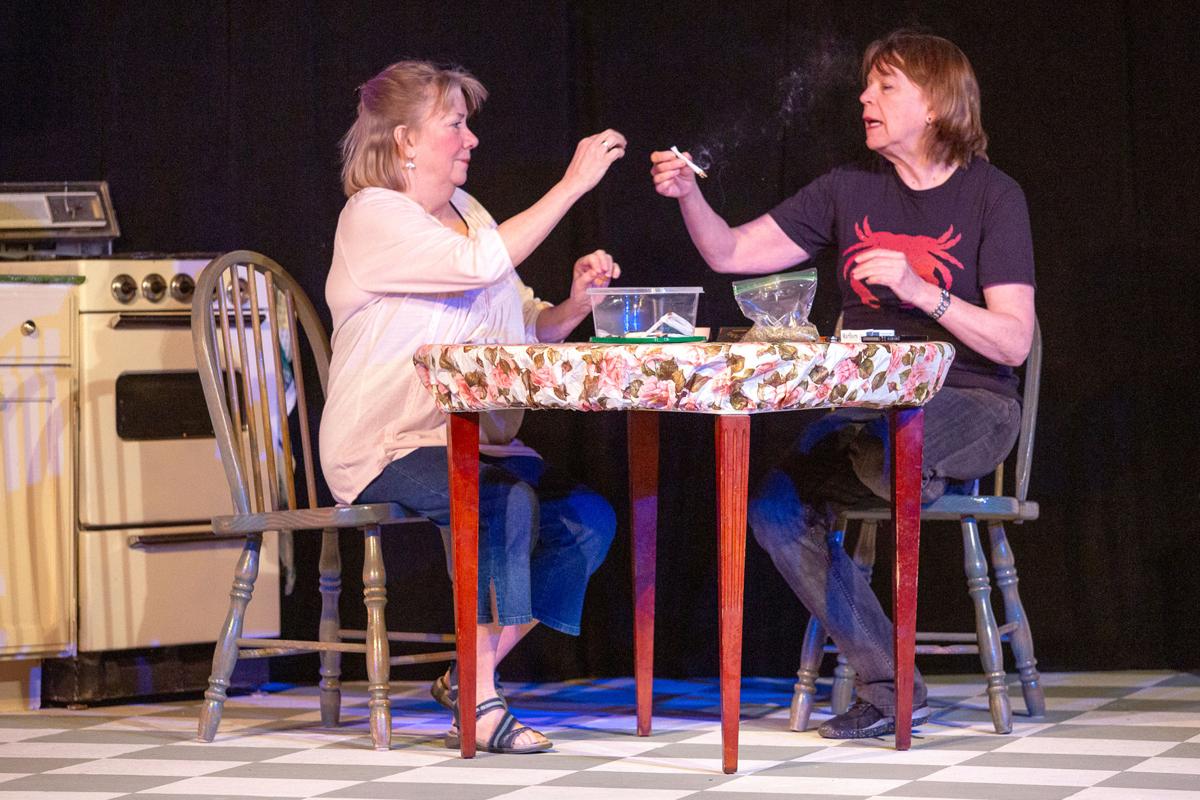 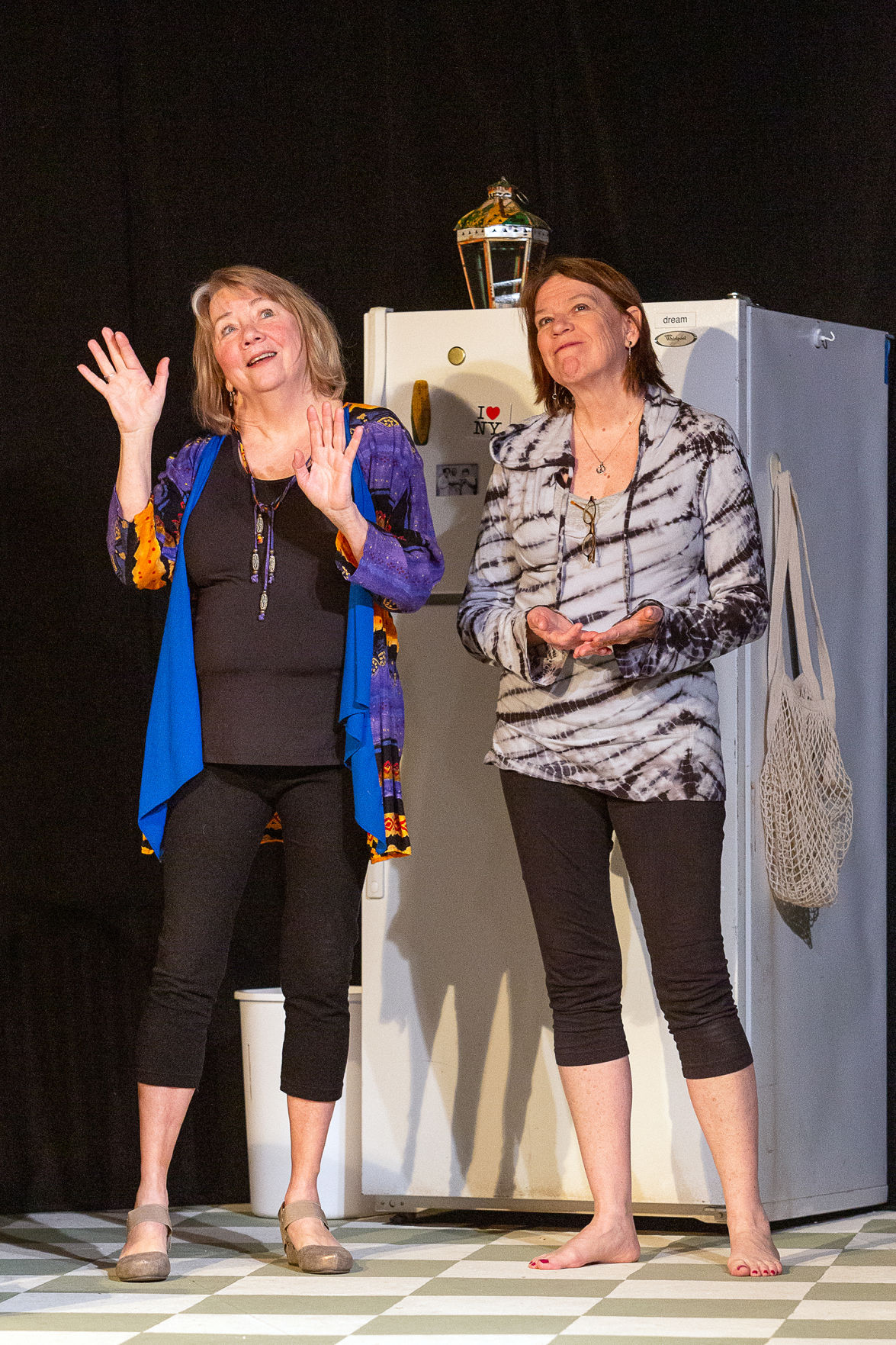 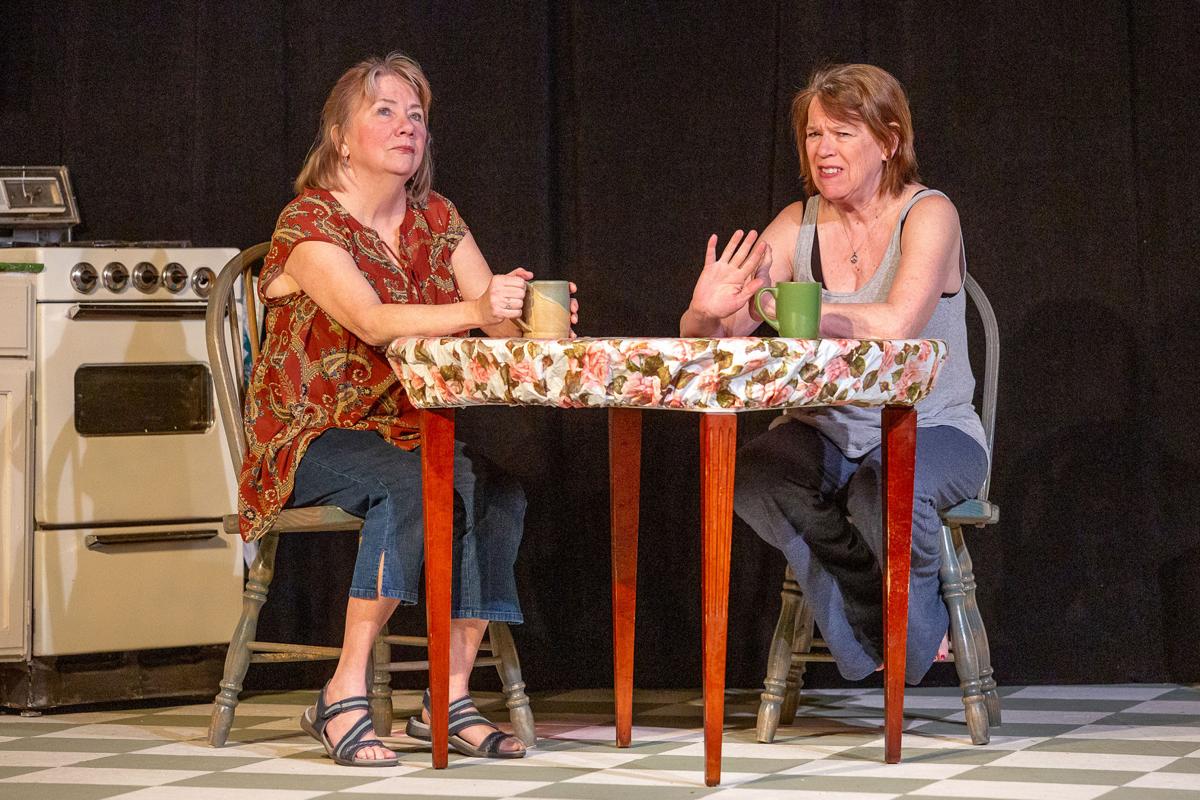 Story: Sharon is bored now that her husband has left her and her only son has moved to New York City, far from Sharon’s comfort zone in her Iowa City home. So, she decides to take a chance and runs an ad for a roommate to share her living quarters and the bills that go with it.

She’s happy but also a bit apprehensive when a woman named Robyn answers the ad and shows up at her doorstep. Sharon is even more wary when Robyn says that she’s from The Bronx, which to Sharon means New York which in turn means dangerous.

Sharon’s anxieties, though, are just beginning. When Sharon describes to Robyn her designer son and his gay friends, but reassures herself that he isn’t homosexual, Robyn replies, “I’m gay.” Startled at that news, Sharon is further discomforted when Robyn pulls some “herbs” out of her luggage and lights up.

Throw in the additional news that Robyn is vegan – whatever that is – and says she’s a ‘slam poet’ – see ‘vegan’ reference above – and Sharon has the makings of more than perhaps she bargained for when she ran the ad. After all, hitherto her regular highlight has been attending a local “reading group” session with her matronly friends in Iowa City.

Gradually, Sharon’s nosiness propels Robyn to drop curious bits of information in response to her new roommate’s numerous queries. What exactly does Robyn do for a living? Does she have children? Is she legitimate or a criminal on the lam?

While learning some answers to these and other questions, Sharon finds herself intrigued and excited about Robyn’s clandestine behavior. She says she wants in on the action, that she feels more alive now than she has in years.

Who’s doing what exactly? Does Sharon trust Robyn? Is Robyn comfortable with Sharon? And what about their far-away children? These roommates are an odd couple in more ways than one.

Other Info: Silverman’s work has been described as ‘The Odd Couple meets Breaking Bad,’ which is high praise indeed for this rather fluffy and unengaging story. The Roommate feels more like an episode of a TV series than a stand-alone play because it more or less ambles along for 90 minutes before its rather funky and unorthodox conclusion.

Jane Abling and Julie George-Carlson pleasantly handle the chores of portraying Sharon and Robyn, respectively. Abling conveys the hesitancy and timidity in Sharon’s personality, regularly phoning her son in harassing fashion in her ongoing albeit clumsy attempts at communication. She deftly handles Sharon’s eventual delight in her newfound, nefarious activities.

George-Carlson shows Robyn to be determined in keeping her secrets for as long as possible before the tables turn and she ends up the more conservative and wary of the two collaborators in crime.

Tony Anselmo provides the lighting, Dani Mann adds props and Tracey Newcomb designs the costumes, allowing for some flair in Sharon’s wardrobe after she descends to the dark side. Chuck Lavazzi’s sound design supports the small story and there’s also some pleasant, original music composed and performed by The Birthday People.

Belt’s direction is steady and the performances are solid. The Roommate, however, drags in the last fourth of its telling and never really resonates, at least not for everyone. At the end of the performance, a thought that comes to mind is Peggy Lee’s famous tune, Is That All There Is?

The show has its share of laughs, though, as well as an interesting if predictable progression. Perhaps The Roommate might be compatible with you.