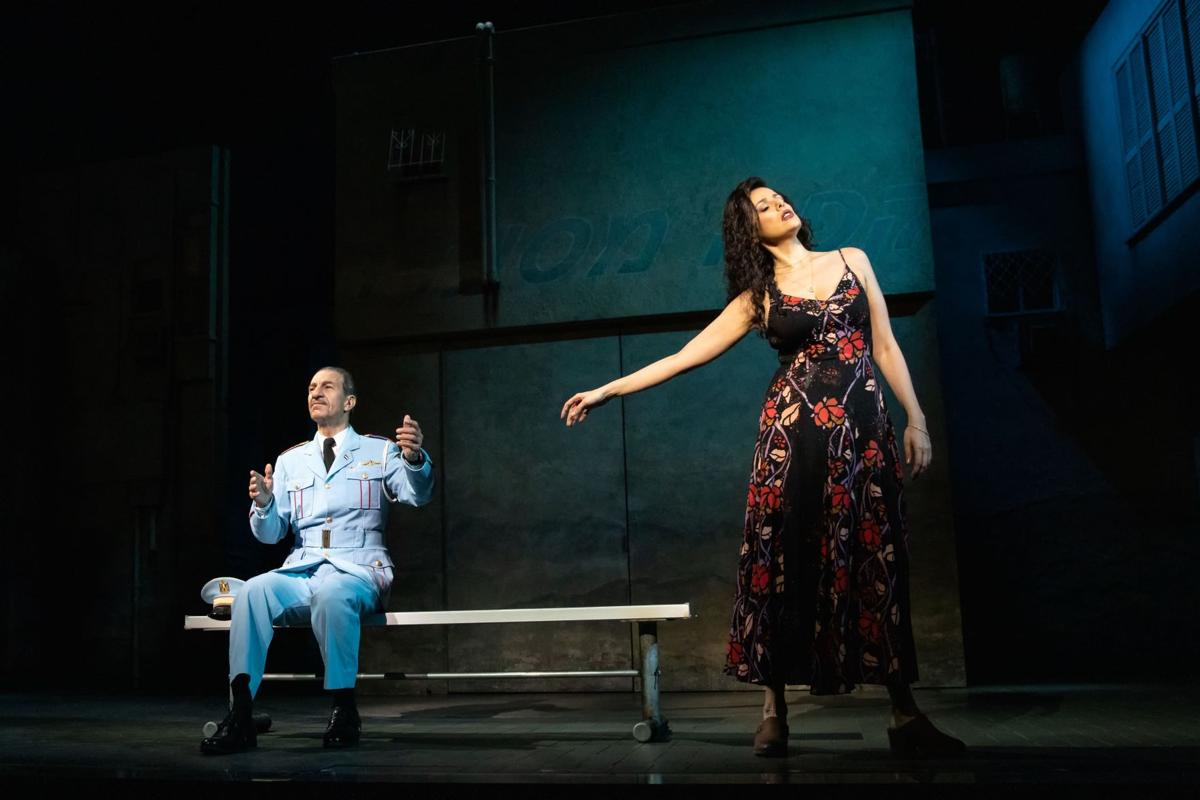 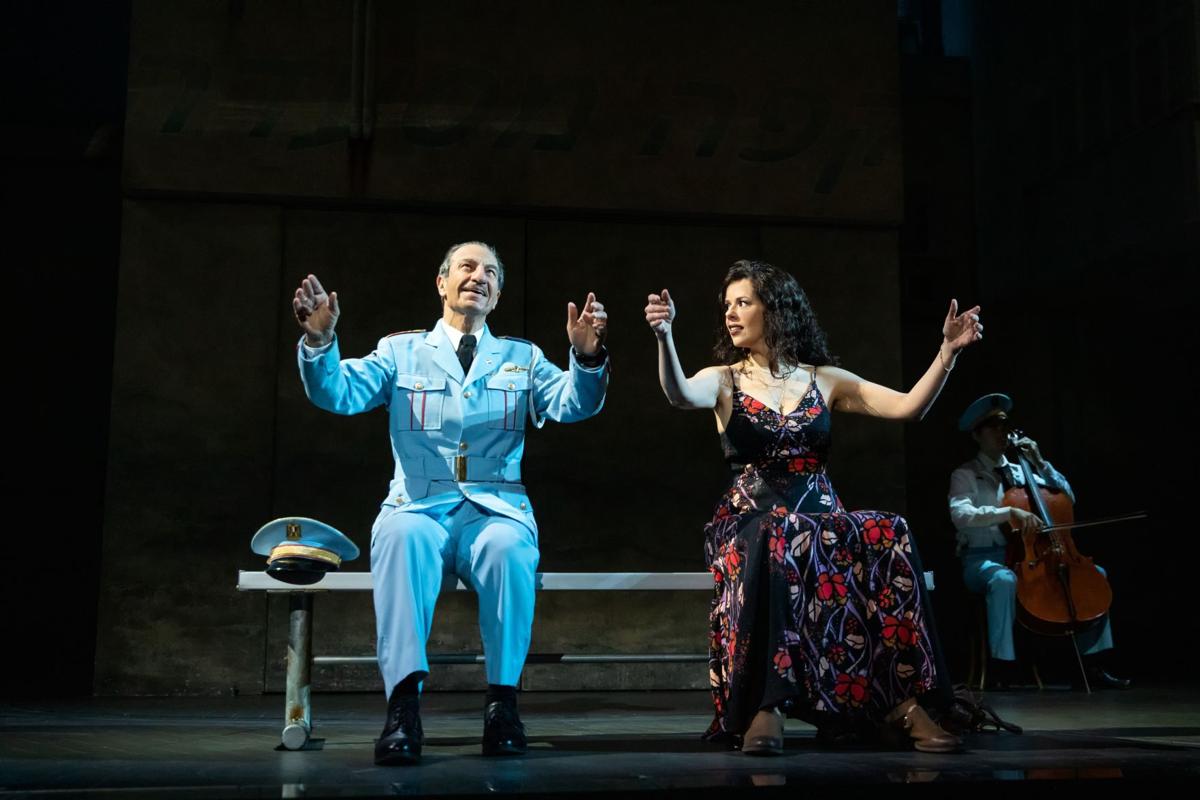 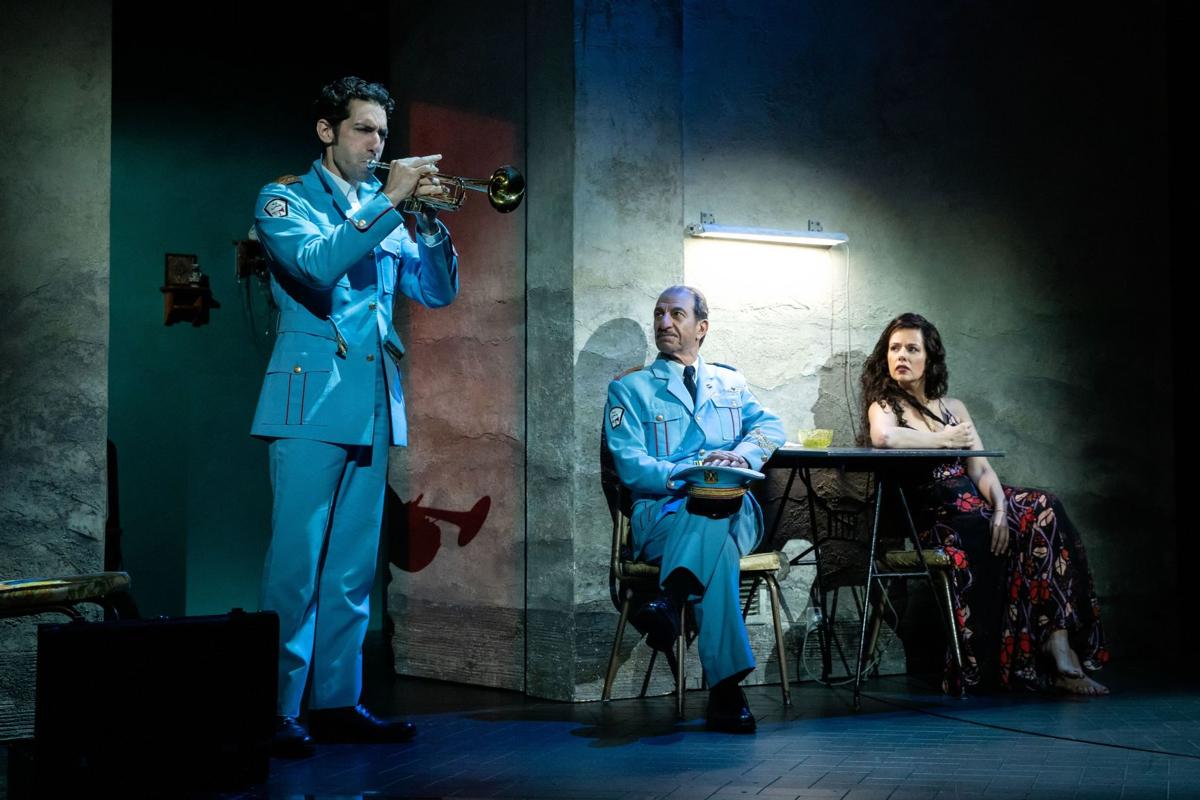 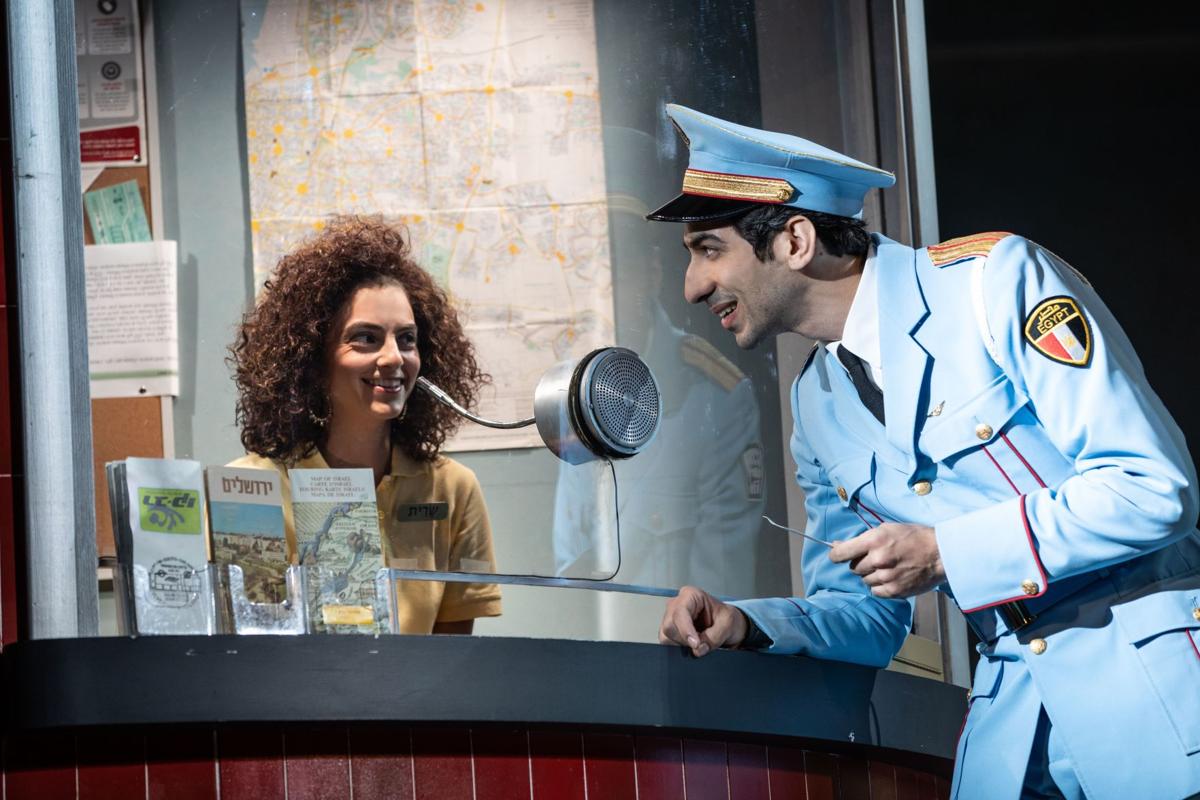 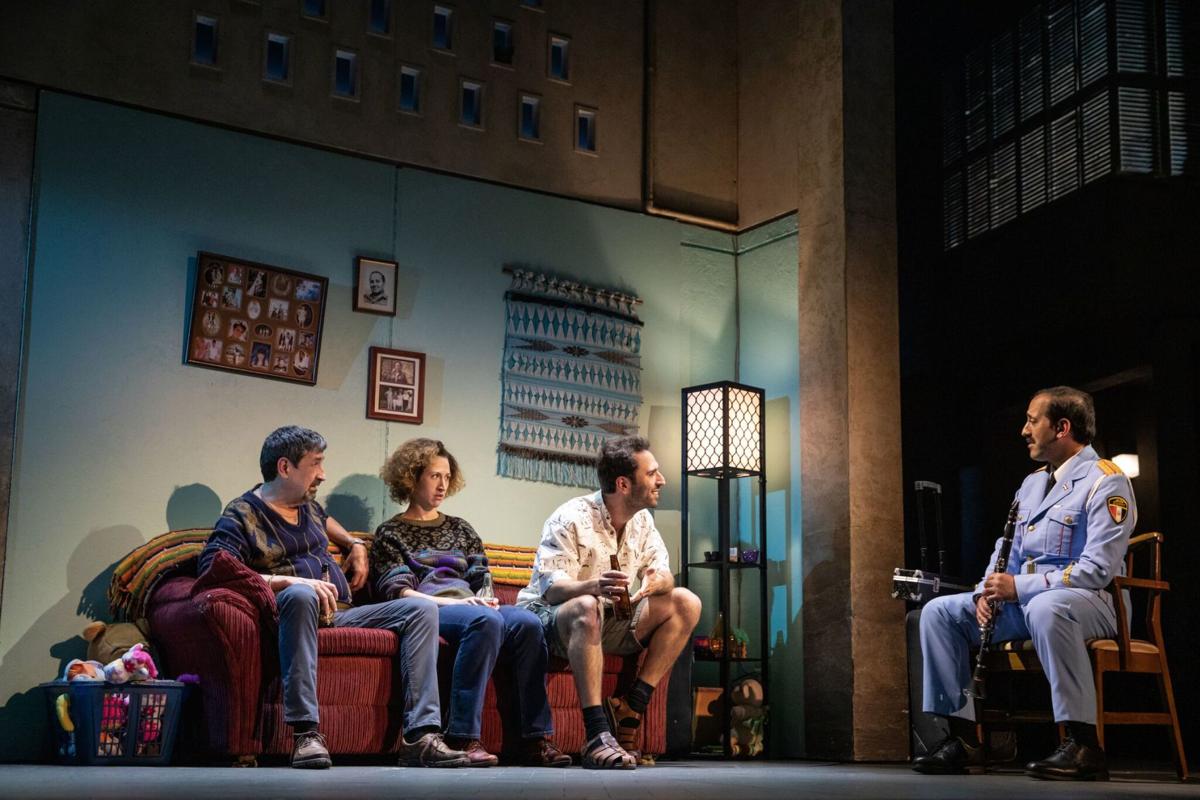 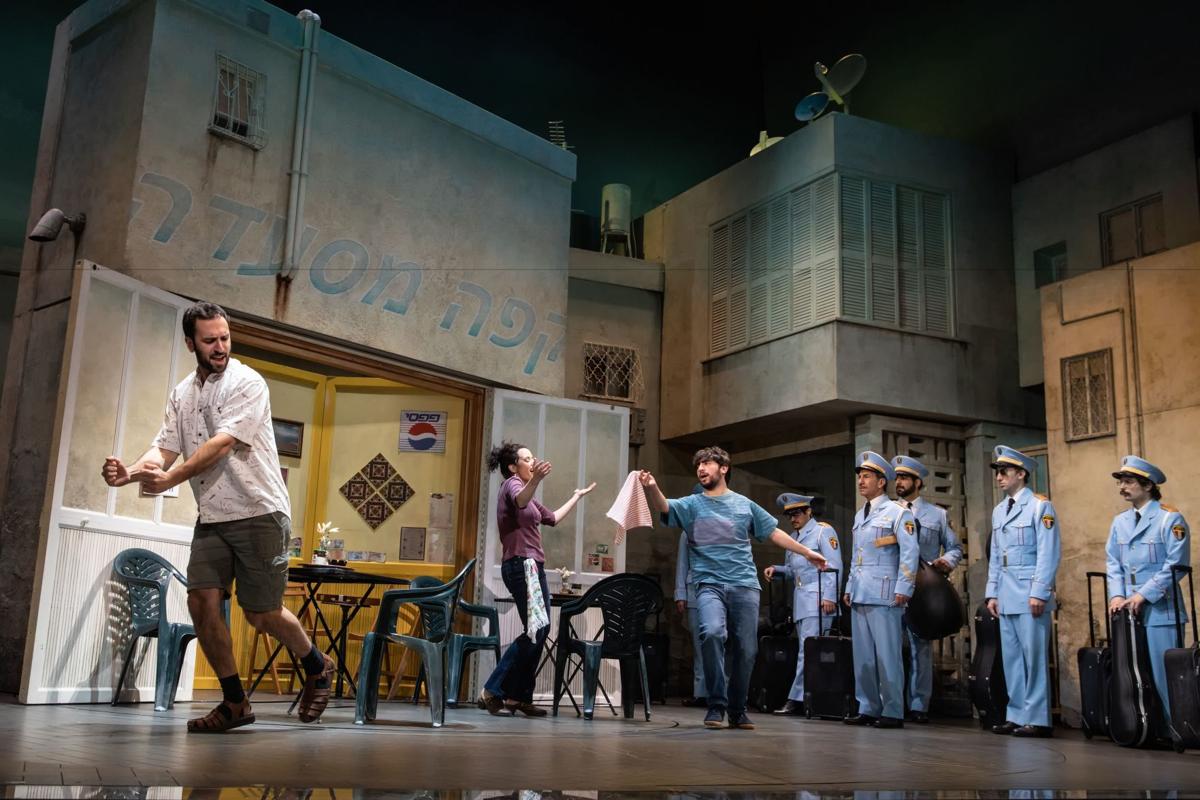 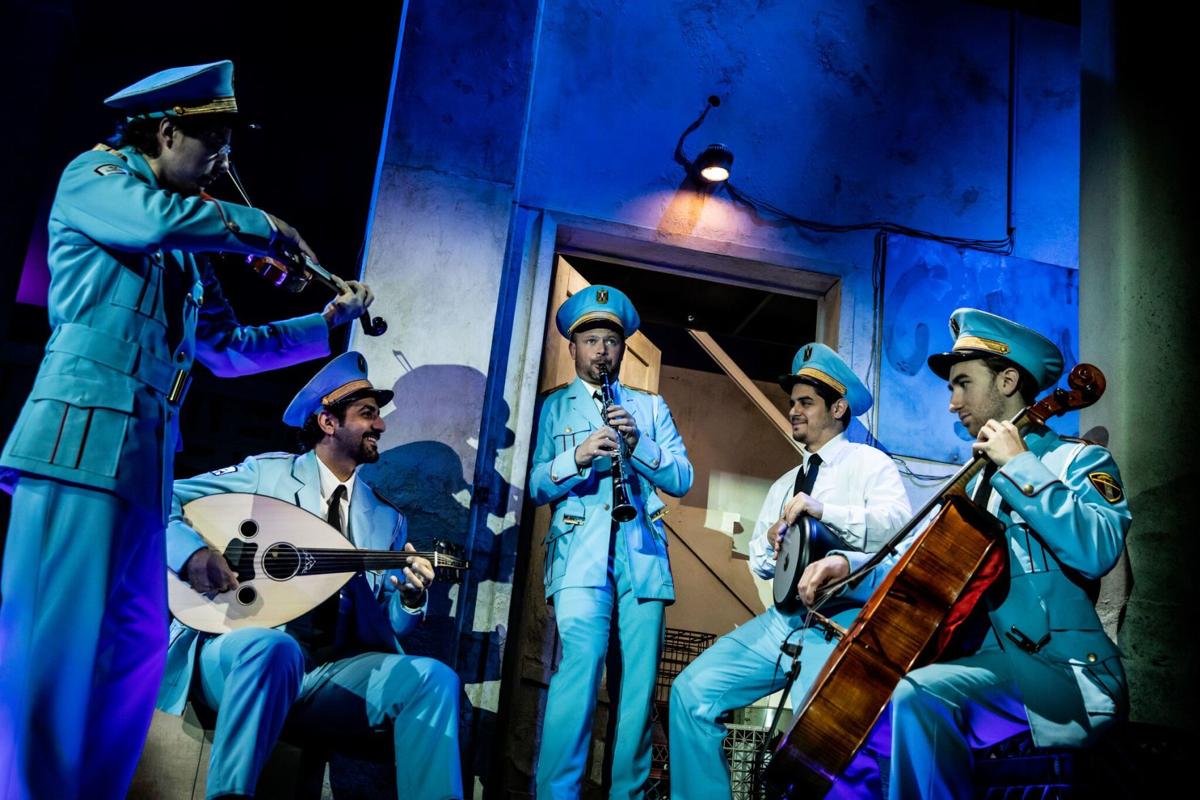 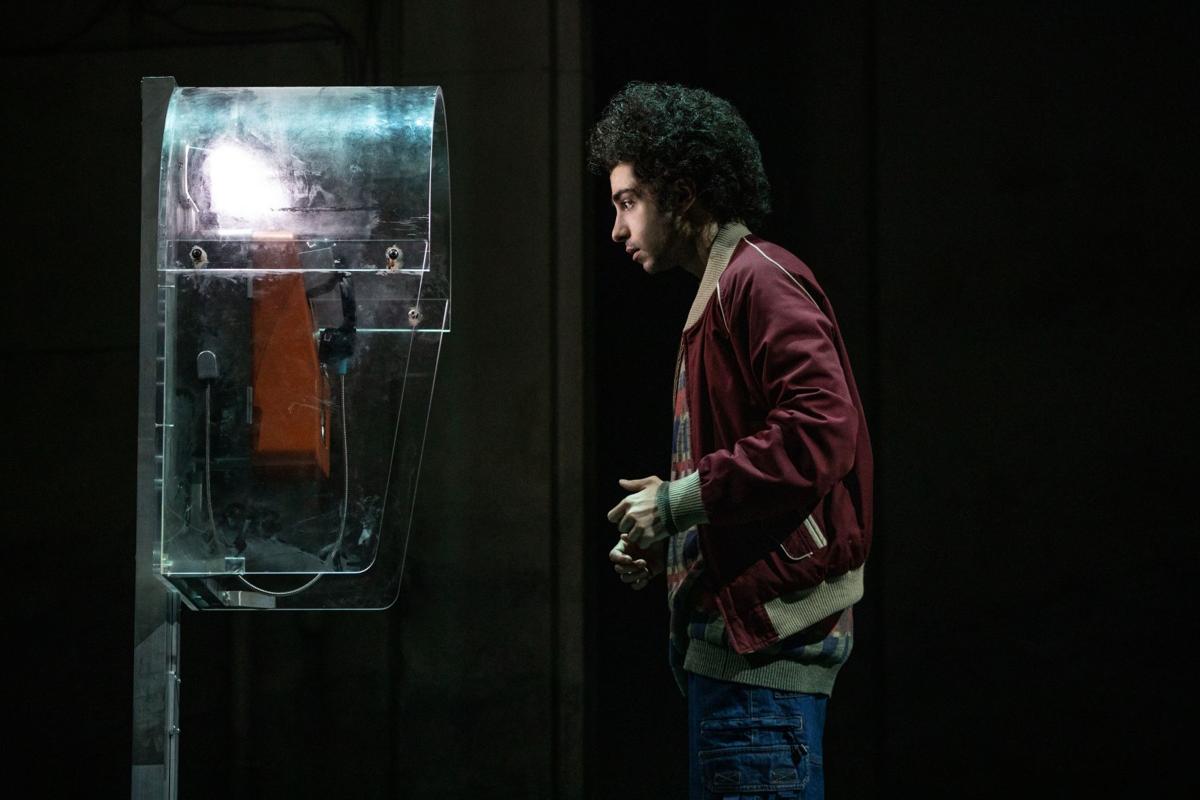 Story: In 1996 the Alexandria Ceremonial Police Orchestra lands in Tel Aviv to perform a concert in the Israeli city of Petah Tikvah. Unfortunately, a ticket-taker at the bus station mistakes band member Haled’s pronunciation of Petah Tikvah for Bet Hativka, and sells him tickets to that desolate locale instead.

When the orchestra arrives in Bet Hativka, its members ask for directions to the Arab cultural center. Cafe proprietor Dina realizes that the band is in the wrong town and informs its conductor, Colonel Tewfiq Zakaria, of that mistake. She tells him that the next bus won’t appear until the following morning.

With no hotel to accommodate them, Dina offers to house some musicians at her place and convinces her employees, Papi and Itzik, to do likewise.

During the course of that day and night, as band members and the local residents mingle, they find that they share many commonalities despite coming from different and at times suspicious ethnic communities.

Highlights: The Band’s Visit, winner of 10 Tony Awards in 2018, is now playing at The Fox Theatre in a wonderfully performed, highly engaging touring production which features both captivating music and a heartfelt story.

Other Info: “Once long ago a group of musicians came to Israel from Egypt,” notes an inscription projected on-screen at the start. “You probably didn’t hear about it. It wasn’t very important.”

Former House Speaker Tip O’Neill famously said that “All politics are local.” The same applies to emotions and everyday events. So, while the note records the obvious about this ‘small’ and ‘non-newsworthy’ happenstance, it nonetheless had a profound and lasting human effect on the people involved, both Egyptians and Israelis.

Based on a 1996 Israeli film of the same title, The Band’s Visit features a Tony Award-winning book by Itamar Moses and Tony Award-winning music and lyrics by David Yazbek. Its 10 Tony Awards also included ones for Best Musical, Best Direction of a Musical and Best Orchestrations. Tony Shalhoub won a Tony Award for his role as Tewfiq.

This is a delightfully unusual musical in the sense that there are extended, stand-alone instrumental riffs at intervals throughout the one-act, 90-minute performance. These exquisitely intoxicating moments are performed under the musical direction of Adrian Ries and music coordinator Dean Sharenow, with masterful, locale-inducing orchestrations by Jamshied Sharifi and additional arrangements by Andrea Grody.

Dressed as members of the band itself, the on-stage performing musicians include violinist Tony Bird, cellist George Crotty, Evan Francis on clarinet, saxophone and flute, Roger Kashou playing the exotic darbouka and riq, and Ronnie Malley on oud and guitar. Offering able accompaniment are drummer and Arab percussionist Shai Wetzer and Kells Nollenberger on electric and acoustic bass.

Janet Decal as Dina displays the show’s finest voice, using her wide and impressive range on numbers such as the lament, It Is What It Is, and the affecting ballad Something Different, which she shares with Sasson Gabay as the proper, reserved Tewfiq.

There is plenty of humor as well, such as Joe Joseph as Haled and his repeated references to Chet Baker and My Funny Valentine or romantically shy Papi’s explanation for his awkwardness in the amusing tune, Papi Hears the Ocean, performed humorously on opening night by Danny Burgos.

Fine performances abound, led by Decal as the earthy Dina, who finds herself attracted to the quiet, pensive Tewfiq, and by Gabay as the introspective Egyptian conductor himself, who gradually reveals his own troublesome family relationships. When Tewfiq replies to Dina’s late-evening offer of more wine that “It is too late for me,” he’s referring to more than fermented grapes.

Also starring are Pomi Koch as Itzik, Ronnie Malley as Camal and David Studwell as Avrum, who recalls for the Egyptian guests his life-long love of music which he shared with his late wife. Mike Cefalo also shines as Telephone Guy in the haunting number, Answer Me, as he waits night after night for a call from the woman of his dreams at the town’s only pay phone.

The cast also includes Jennifer Apple, Marc Ginsburg, Kendal Hartse, Sara Kapner, James Rana and Or Schreiber. Their roles all are interesting because Moses develops them sufficiently to set the tone and theme of his book.

Director David Cromer brings an appealing pace and compelling performances to the production, which features supporting choreography by Patrick McCollum and sound design by Kai Harada. Sarah Laux’s costumes contrast the sharp uniforms of the Egyptian musicians with the laid-back attire of residents, bolstered by Charles G. LaPointe’s hair and wig design.

Scott Pask’s scenic design is simple but highly effective, offering looks at Dina’s cafe as well as her house and Itzik’s home, a Tel Aviv bus terminal and a night on the town in Bet Hativka. It’s embellished with functional walls at center back which rotate to set up various scenes and are judiciously illuminated with Tyler Micoleau’s lighting and supplemented with Maya Ciarrocchi’s projections.

Dialect coaches Zohar Tirosh-Polk and Ronnie Malley lend their expertise to the Egyptian and Israeli dialects, but even so the cavernous expanse of The Fox often makes it difficult to fully hear and understand everything being said.

The Band’s Visit is refreshing, reaffirming and revelatory all at once, a beautiful blend of affecting story and infectious music invigoratingly performed. It’s a win-win-win situation for all, especially the audience.