You are the owner of this article.
Edit Article Add New Article
The Cut
Abode
Style
Business
Arts & Culture
Gatherings & Goodwill
Buy and sell
About Us
Contact Us
Advertise with Us
Subscribe
Share This
1 of 8 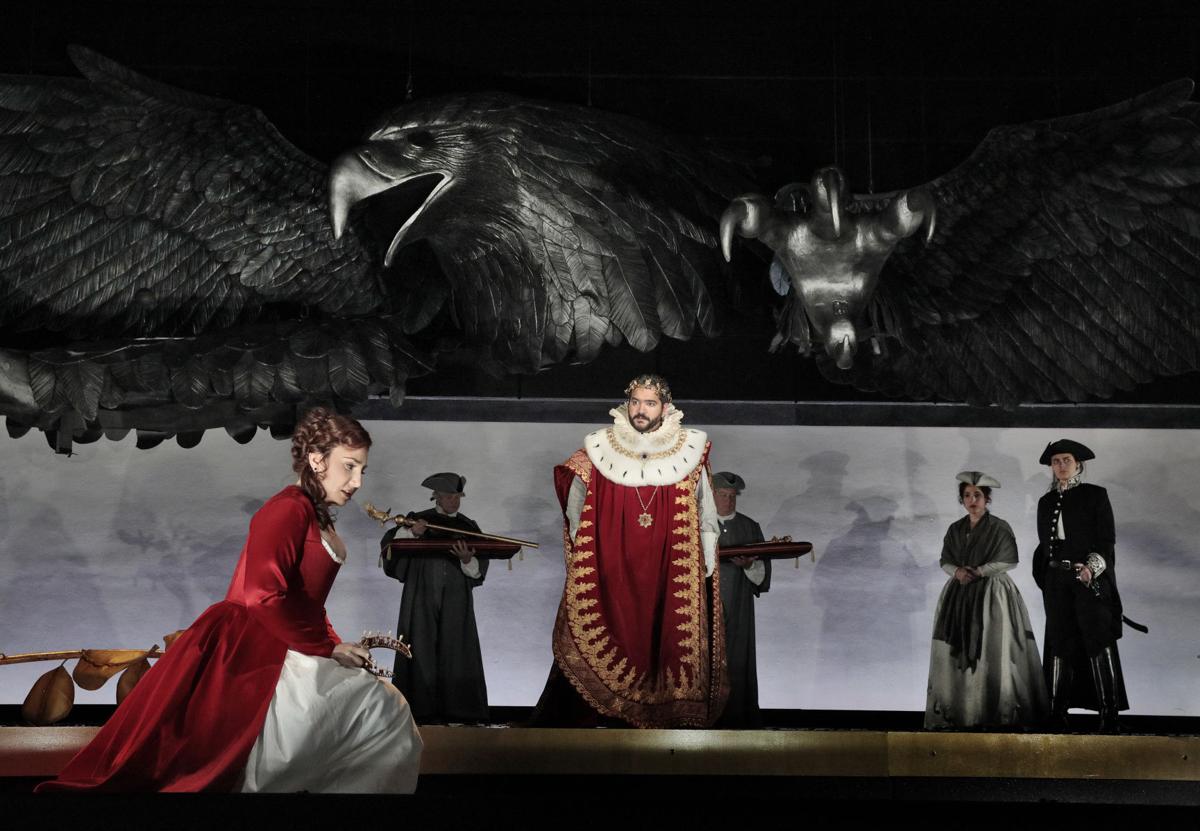 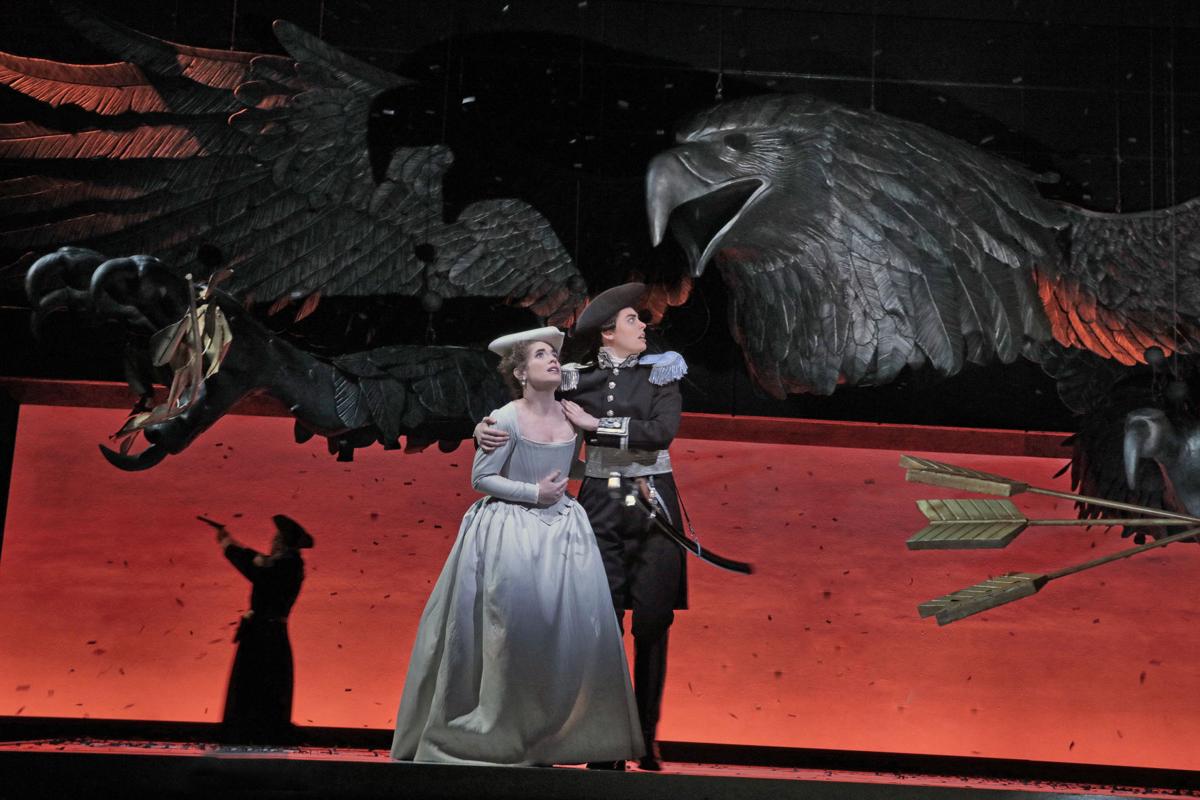 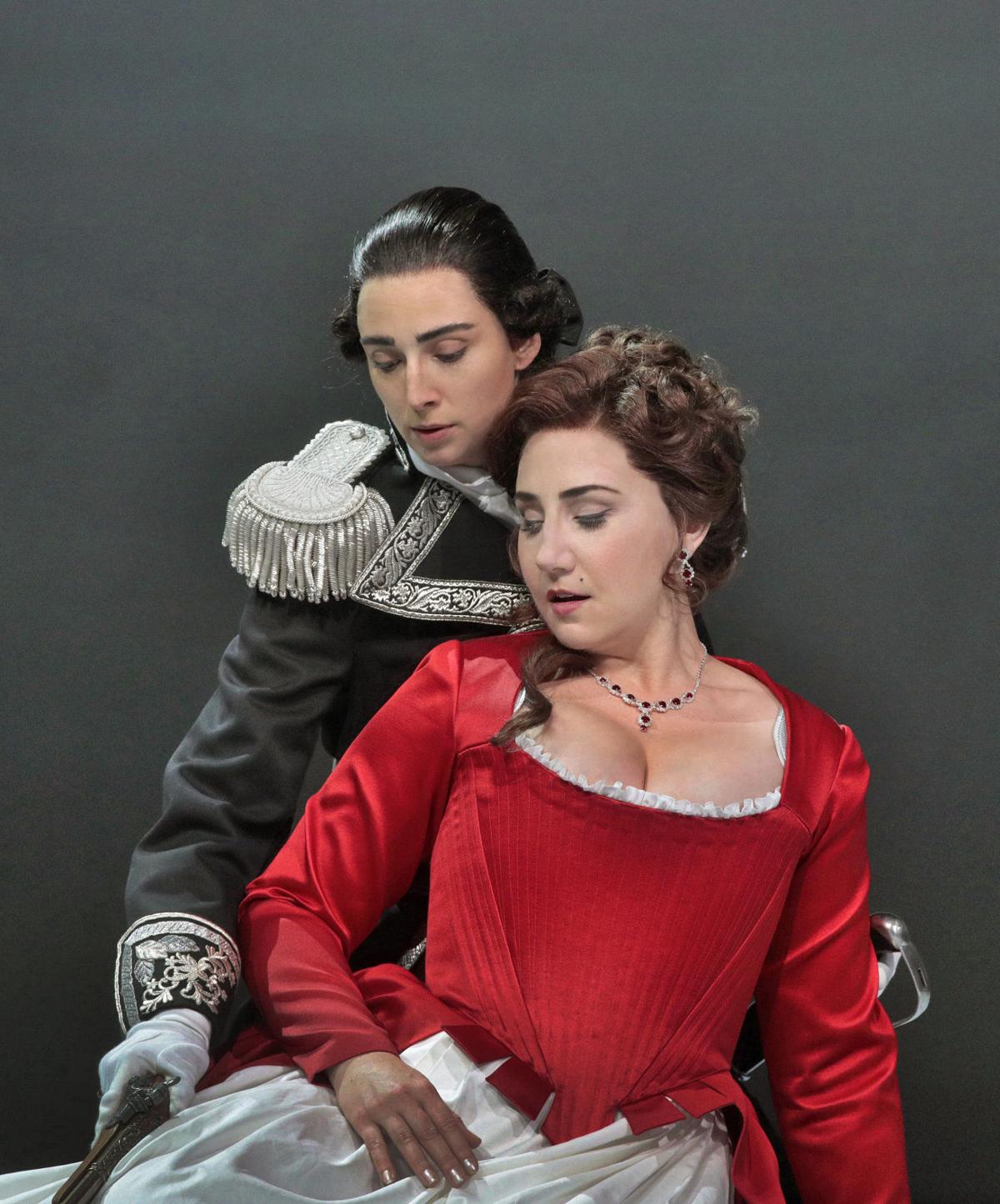 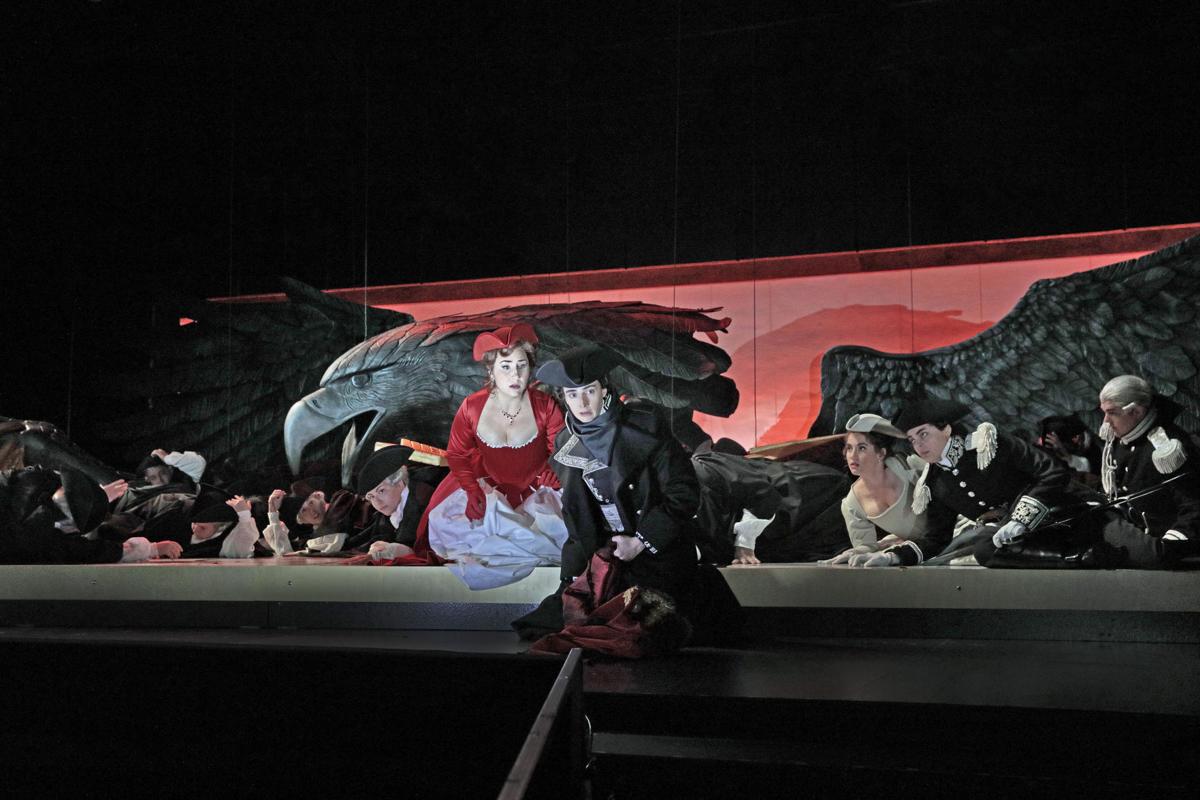 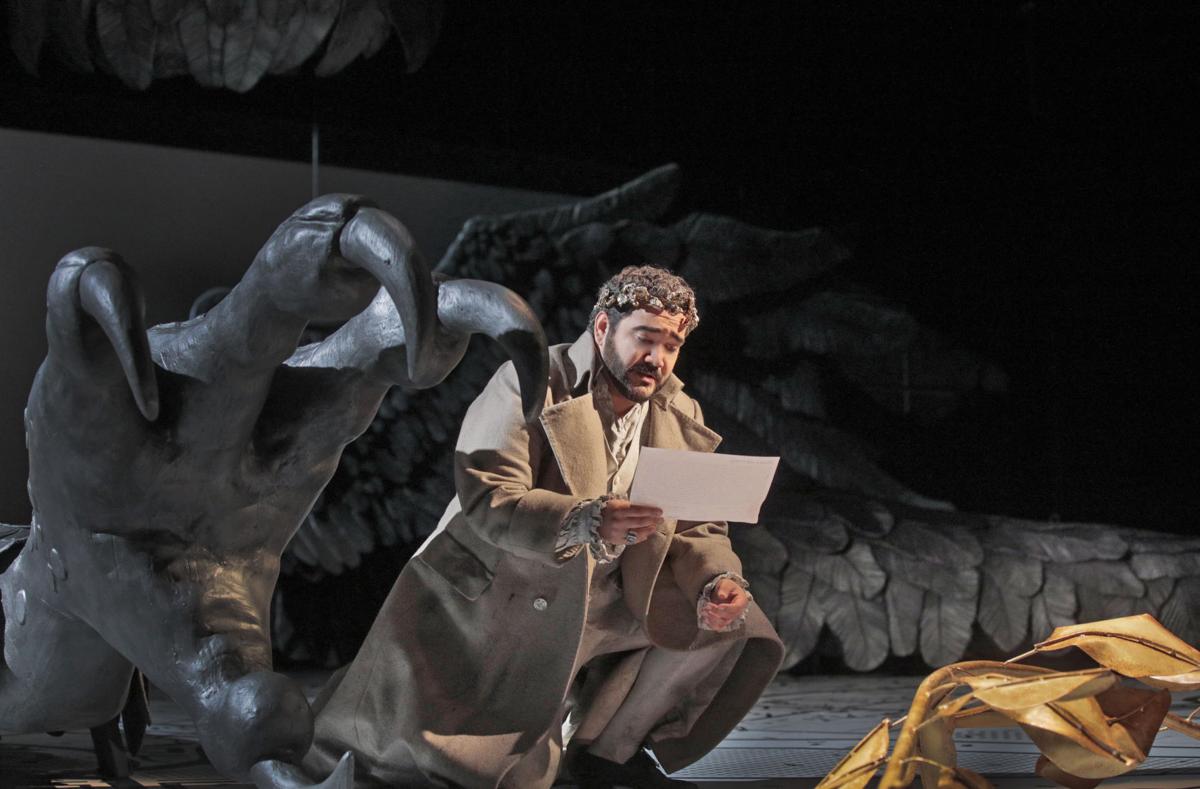 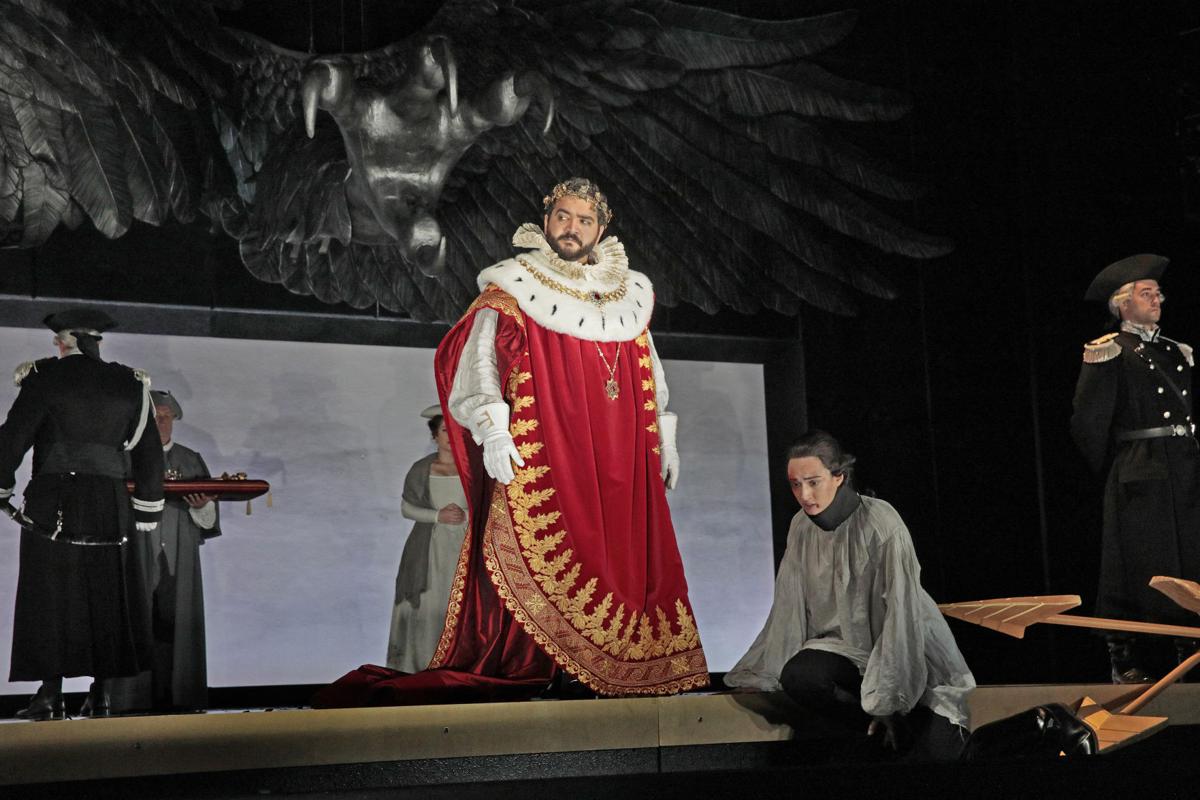 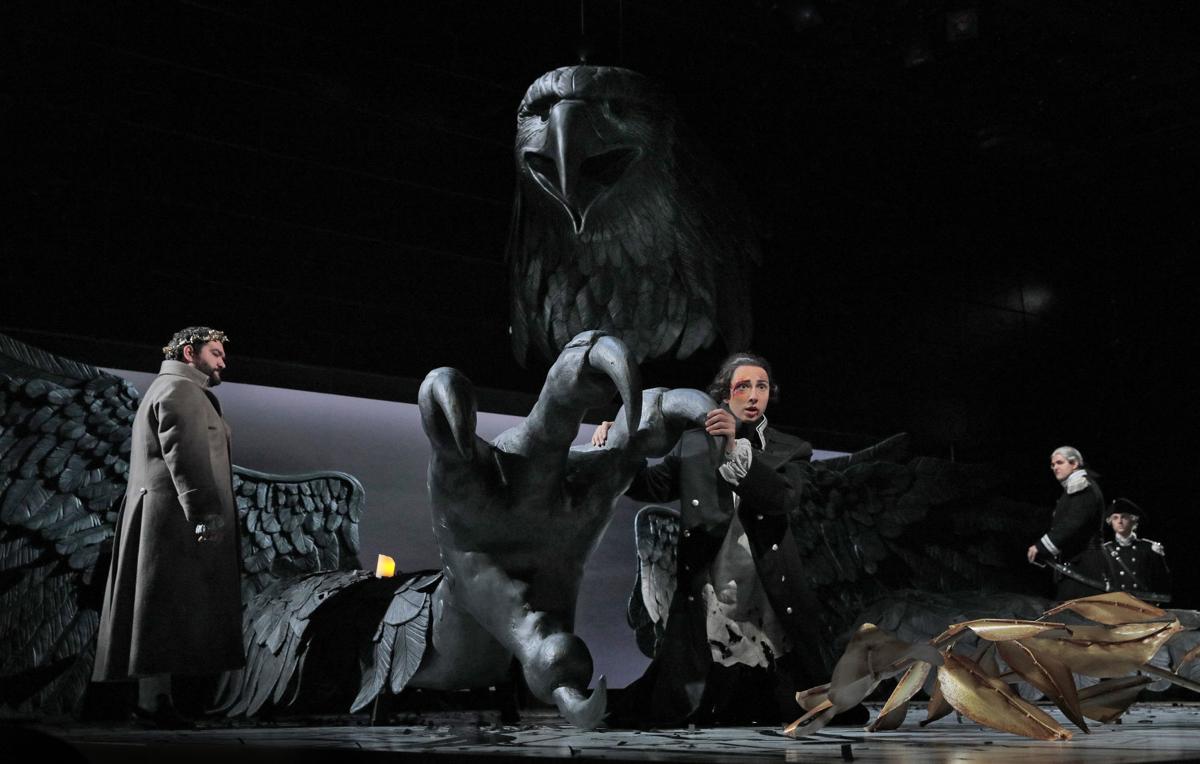 Story: Vitellia, daughter of the deposed Roman emperor Vitellio, is determined to get back to a life of luxury and power by marrying the new emperor Tito. When she learns that Tito plans to marry a foreign princess named Berenice, she angrily enlists the help of Tito’s friend Sesto (who secretly loves Vitellia) to assassinate the ruler.

Tito subsequently announces that he won’t be marrying Berenice but instead proposes to Sesto’s sister, Servilia. This further infuriates Vitellia and also upsets Servilia, who is in love with the nobleman Annio. When Tito learns about Servilia’s love for Annio, he withdraws his proposal to her. Annio tells Vitellia that Tito now will likely take Vitellia for his bride.  However, she has already moved forward with the plan to assassinate him, which she fears is too far underway to be stopped.

After the Capitol is set on fire Tito is reported to be dead, but he survives the murder attempt. Sesto is arrested for the crime and condemned to death. Tito looks to show mercy to his friend, but Sesto refuses to implicate Vitellia or anyone else, so Tito reluctantly orders his death. Finally, though, overcome with guilt, Vitellia confesses her role in the assassination plot. Tito must decide between execution and clemency for the offenders.

Other Info: Performed just once before by OTSL in 1996, Titus was selected by Lord for his final appearance as OTSL Music Director before becoming Music Director Emeritus for the 2018 season. The wealth of rich, moving music in Mozart’s score, written shortly before his death in 1791, make it easy to understand why Lord would select this particular piece. It offers a number of invigorating and heartfelt arias for the talented OTSL cast to execute, which they do so throughout with accomplishment.

With Lord leading members of the Saint Louis Symphony Orchestra in brilliant and lively musical support, stage director Stephen Lawless elicits a number of winning vocal achievements that transcend the rather pedestrian story that had been adapted by Caterino Mazzola from a libretto by Pietro Metastasio. That original Metastasio libretto had also been used for several previous musical works before Mozart composed the music for Titus.

The OTSL presentation takes place on a set dominated by a giant facsimile of an eagle looming above the stage in Leslie Travers’ imposing scenic design, one given additional drama in the conflagration of Rome so dramatically illustrated with Christopher Akerlind’s lighting. Travers also provides the period finery adorning the players in her costume design.

There is truly wonderful operatic singing performed by the cast which includes tenor Rene Barbera in the title role. Equally impressive is mezzo-soprano Cecelia Hall in the role of Sesto. Both performers engage the audience with voices well attuned to the spirited Mozart music.

Admirable performances are turned in by bass-baritone Matthew Stump, making an impressive OTSL debut as Publio, prefect of the Praetorian Guard, and by soprano Laura Wilde, who delivers an amusing performance as the petulant and self-centered Vitellia. Like Hall, Wilde is a former Gerdine Young Artist, demonstrating the caliber of talent that OTSL program delivers.

Mezzo-soprano Emily D'Angelo makes a sparkling OTSL debut as the good-hearted Annio, while soprano Monica Dewey acquits herself well in her debut OTSL performance as Servilia, who agrees to marry Tito after she informs him that she is in love with Annio and would wed the ruler only if ordered to do so.

Titus (La Clemenza di Tito) is a fitting tribute not only to the musical genius of Mozart but also to the creative strengths and artistic leadership of Stephen Lord, emblematic of his long and illlustrious career with Opera Theatre of Saint Louis.